We’ve recently tested the latest cameras from Canon’s and Sony’s flagship premium compact ranges, the Canon PowerShot G7 X Mark III, Canon PowerShot G5 X Mark II and Sony Cyber-shot DSC-RX100 VII. They’ve got plenty of upgrades, but are they worth the potential £290 jump up in price, or are you better off buying the previous model instead?

We’ve compared the new models with their predecessors to see whether they’re worth the investment. We’ve also run each camera through our rigorous tests to really find out whether the picture quality is going to be any better, or if new features actually make the cameras more tricky to use.

Want to see more on compact cameras? Read all of our digital camera reviews here. 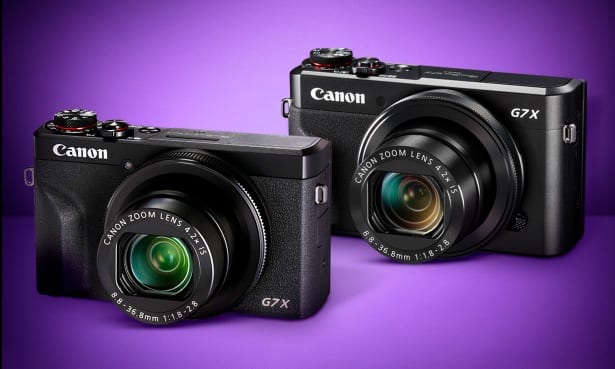 Spec-wise, the Canon PowerShot G7 X Mark III is almost exactly the same as the previous model, but with the addition of 4K video, bringing it up to date with the latest compact cameras, and even mirrorless and DSLR cameras, on the market.

It’s also a sharper shooter – so you can take more ‘burst’ photos, like you can do with your smartphone. Marketed around social media and vlogging, the G7 X Mark III supports both Bluetooth and wi-fi, so there are extra connectivity options and even the ability to stream video directly to YouTube. Plus there’s a jack for an external mic, so you can improve the built-in audio quality.

You can also charge the battery via USB when you’re out and about, and you can choose from black or silver.

With just a few extra features, but some which make a big impact, it seems the G7 X Mark III will be the ideal camera for both photo and video while you’re on the go. But does the option to record in 4K mean that video is better quality and, most importantly, does the Mark III take good photos? Read our full Canon PowerShot G7 X Mark III review to find out. 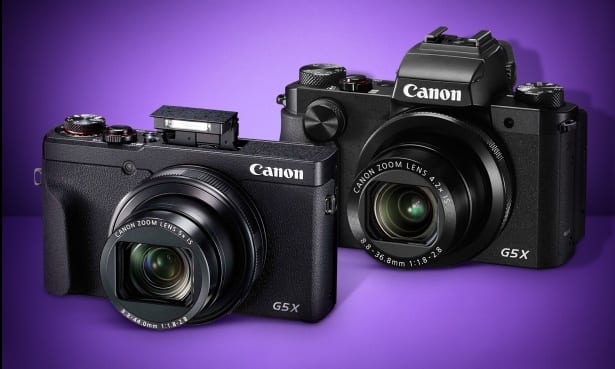 Simply at a glance, you can tell the PowerShot G5 X Mark II is an updated camera – looking much more like a premium compact than its predecessor. It’s smaller, lighter and less bulky, and it comes with new features to match.

Spec-wise the cameras have the same resolution and both have a large (for a compact) one-inch image sensor which, in general, promises better low-light picture quality thanks to more light being allowed in. Although both cameras have a built-in viewfinder and flash, the G5 X Mark II’s are pop-up, so you can push them back inside the camera – keeping the body nice and compact. They’ve also both got a three-inch touchscreen, but the newer model flips up and around to face you (ideal when you want to take a selfie) whereas, with the old camera, you had to flip it out to the left and then around.

The lens is also different with the G5 X Mark II. There’s a 5x zoom this time, thanks to a 24-120mm focal length. You’ll have the option of more scene modes and faster continuous shooting, plus 4K video instead of just Full HD. You’ll still find handy controls as we saw with the G5 X, though, such as a multifunction ring on the lens, which you can set to make shooting easier for you.

So, this all sounds promising, but with the same resolution and sensor size, does the new model actually improve on picture quality? Read our full review of the Canon PowerShot G5 X Mark II to find out. 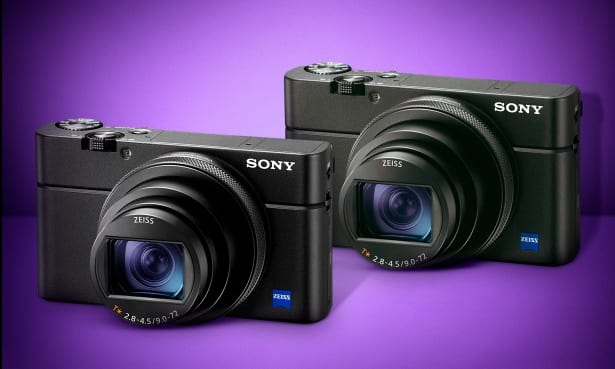 Like the previous model, the Sony Cyber-shot DSC-RX100 VII offers a long-reaching 24-200mm 8x optical zoom lens, an impressive feat for such a small camera. It’s practically identical body-wise, too. There’s still an electronic viewfinder and a flipable touch screen, as well as 4K video recording.

However it’s the internal workings which make this camera different. Sony has marketed the VII around its autofocus and focus tracking, which uses a combination of different autofocus techniques, including eye autofocus (which can even recognise animal eyes) and autofocus points, which cover around 68% of the frame. Supposedly, it’s the world’s fastest – with a speed of 0.02 seconds.

There’s also single-burst shooting, which allows you to take seven quick shots at different speeds of either 90fps, 60fps or 40fps, in both jpeg and RAW formats – making it even easier to capture super-fast-moving moments. You can add an external mic as well, if you’re particularly keen on video recording.

To find out how well this so-called unrivalled autofocus works and if it’s worth the extra £200 or so, read our full Sony Cyber-Shot DSC-RX100 VII review.