Crash safety standards organisation Euro NCAP has unveiled its latest round of test results – which includes the UK’s bestseller, the Ford Focus.

It’s good news for once – every single car tested was awarded a full five-star rating.

Crossover SUVs that were awarded the top honours for safety were Skoda’s new Kamiq, the latest Ssangyong Korando and Mercedes’ first all-electric offering, the EQC.

Thankfully, you needn’t settle for a high-riding SUV to ensure you and your loved ones are kept safe. With Euro NCAP continually making its assessments more stringent, manufacturers have had to up their game to achieve that desirable full five-star rating.

The standard is so high that even the two-seat convertible BMW Z4 has been awarded five stars out of five. This is thanks largely to innovative safety systems, such as a pop-up bonnet that reduces the potential for pedestrian injuries in an accident.

And it doesn’t stop there. The incredibly popular Ford Focus was already awarded a five-star rating in 2018. But in a drive to create the safest possible car, Ford resubmitted it for assessment to address the very minor issues that were highlighted during its initial tests.

Keep reading to find out more about the latest crash test results,  including the Audi A1.

Any car that scores three stars or fewer in Euro NCAP tests is a Which? Don’t Buy. Only safe cars that ace our road and lab tests make it into our expert pick of the best cars for 2019. 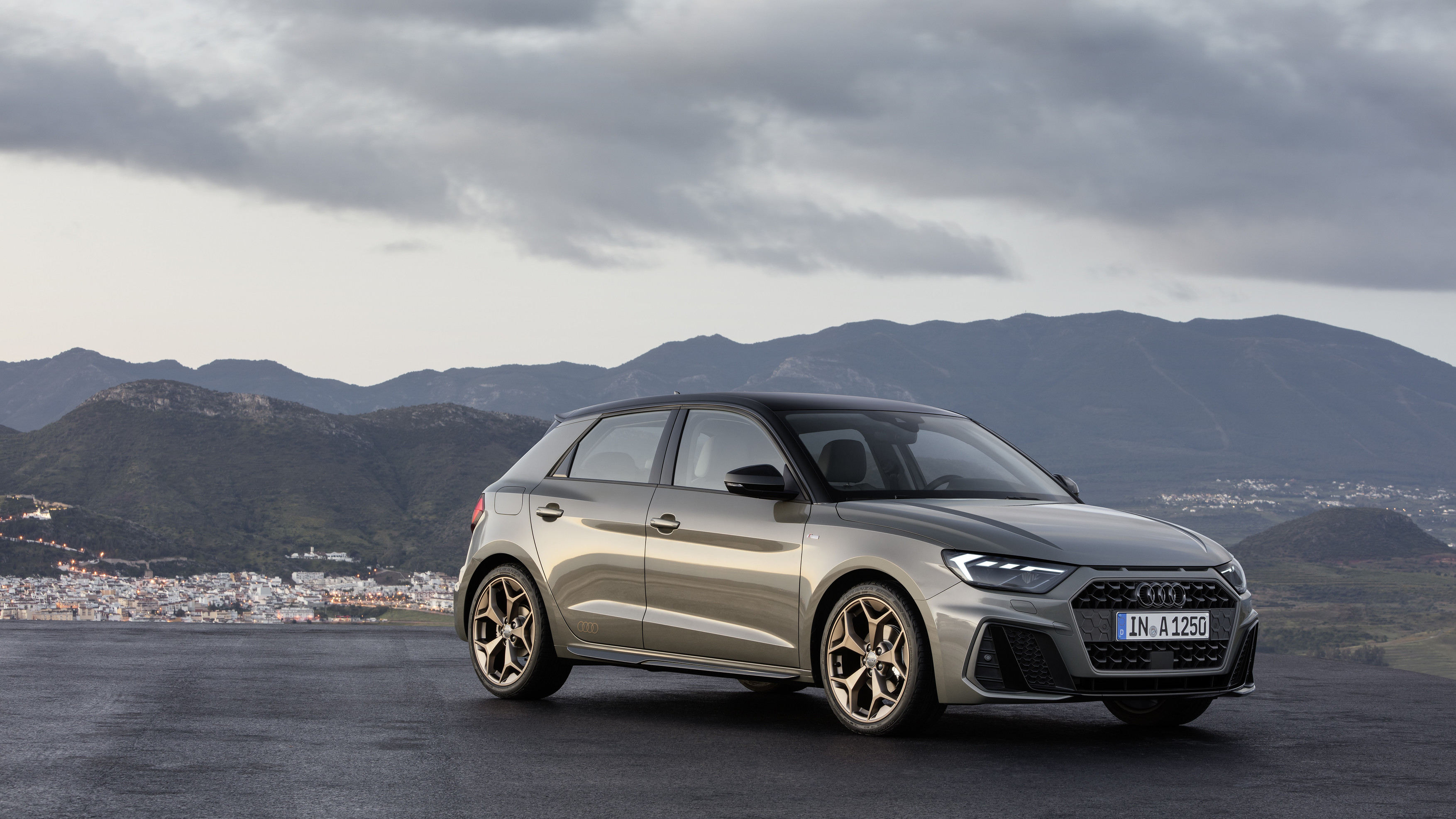 Proof that you needn’t buy an intimidating SUV to feel safe on the road, Audi’s latest A1 supermini was awarded an excellent 95% for adult occupant protection by Euro NCAP.

The high rating is partially down to the fact that Audi fits auto emergency braking (AEB) as standard across the A1 range. The system can detect pedestrians, cyclists and other cars at a range of speeds and is useful in mitigating or avoiding a collision altogether. 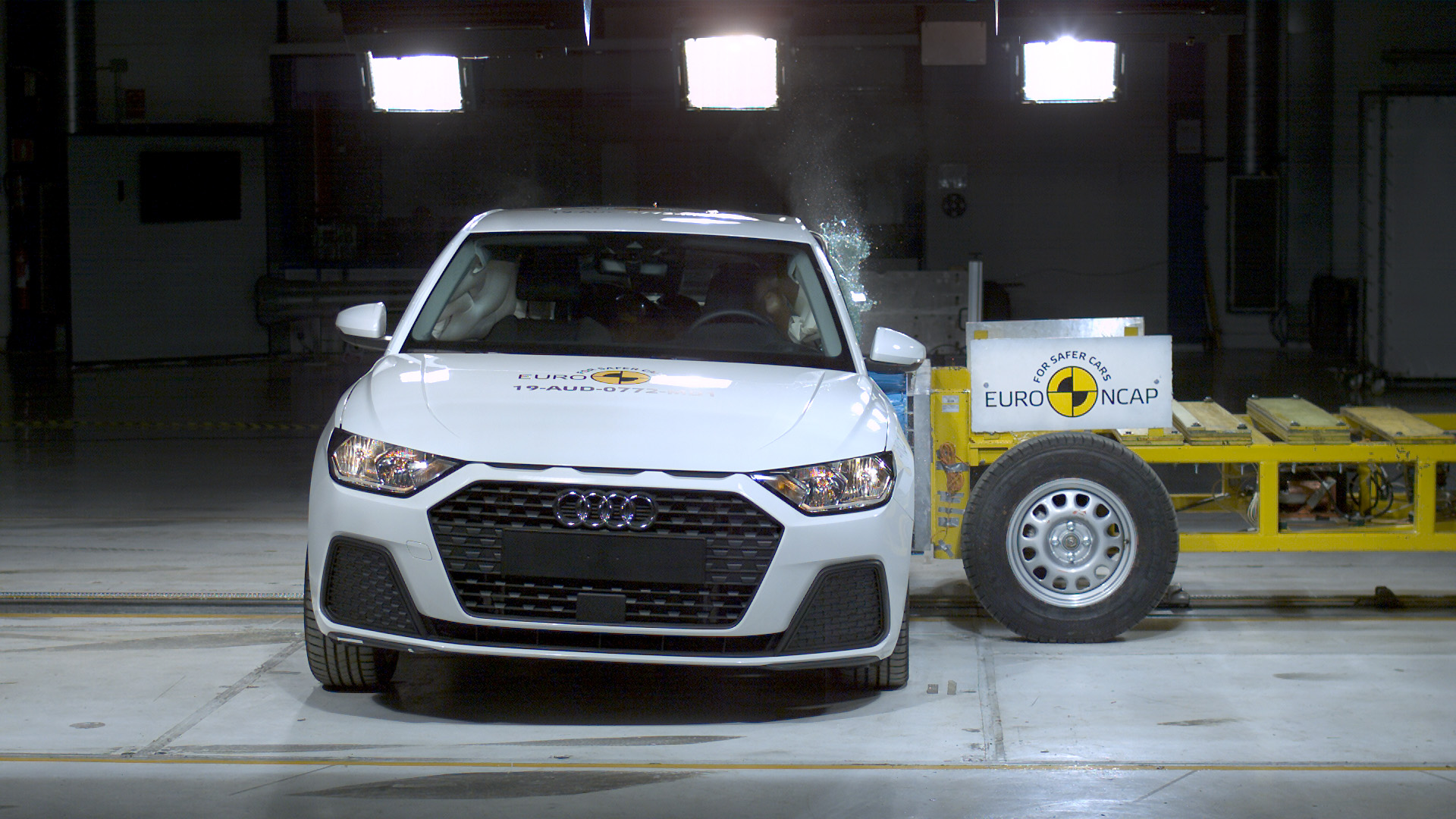 This is combined with a seat design (in both the front and back) that effectively minimises the potential for whiplash, in the event that you’re involved in a rear-end collision.

When coupled with decent levels of passenger protection in Euro NCAP’s array of crash tests, the Audi A1 is among the safest small hatchbacks you can buy.

Find out more about Audi cars – see should you buy an Audi? 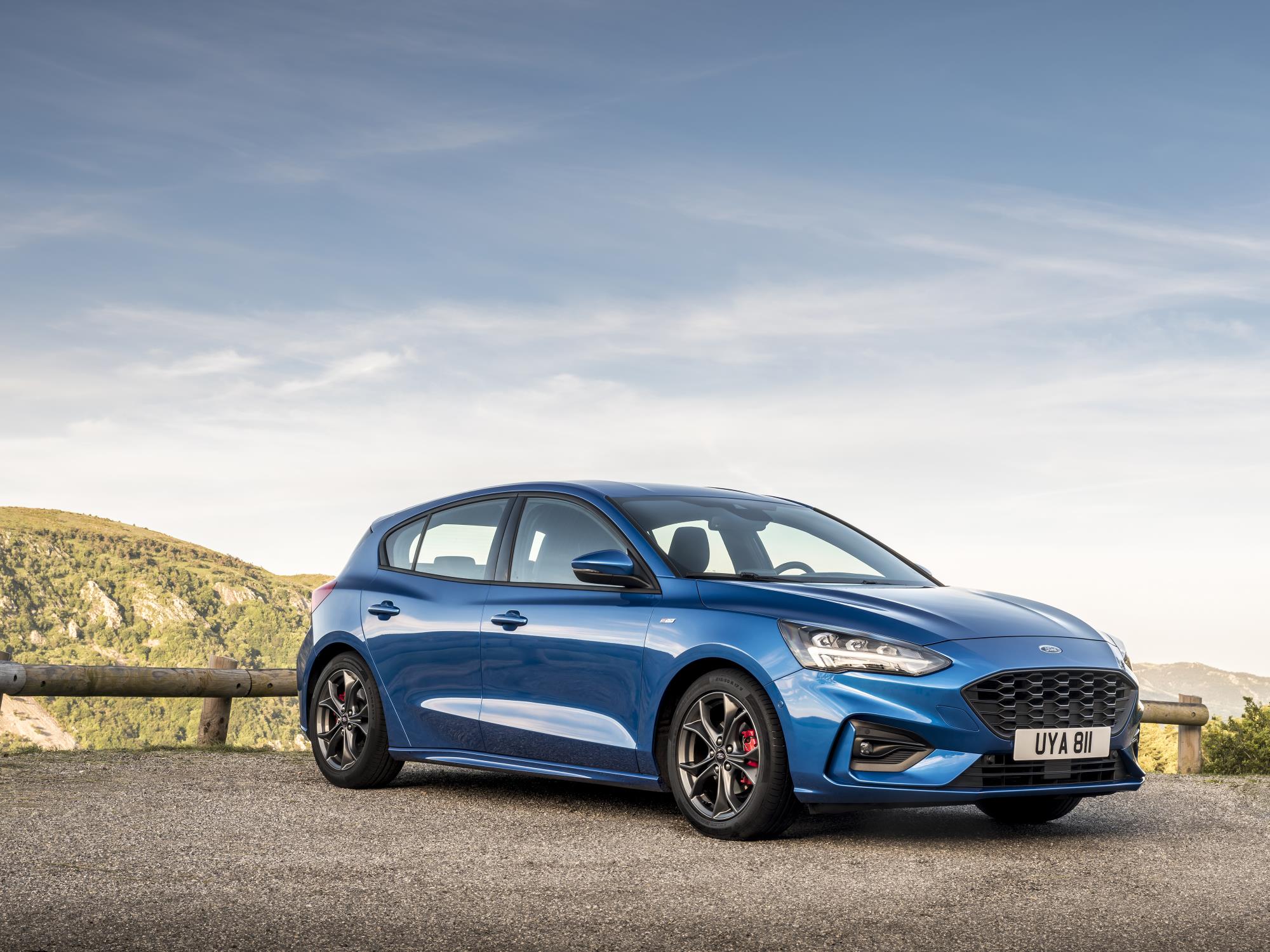 It’s not a brand-new car and was already awarded a five-star safety rating when it launched in 2018, so it’s curious to see the Focus back for re-assessment so soon.

The last time Ford did this was for its Mustang sports car, although that was in an attempt to raise its then woeful two-star safety rating to a more palatable three.

That’s all very well for a niche sports car bought by those who may accept a shortfall in safety for its value and performance. However, family cars are a completely different ball game.

If a car can’t protect its occupants at the highest level, it will be overlooked for a model that can. 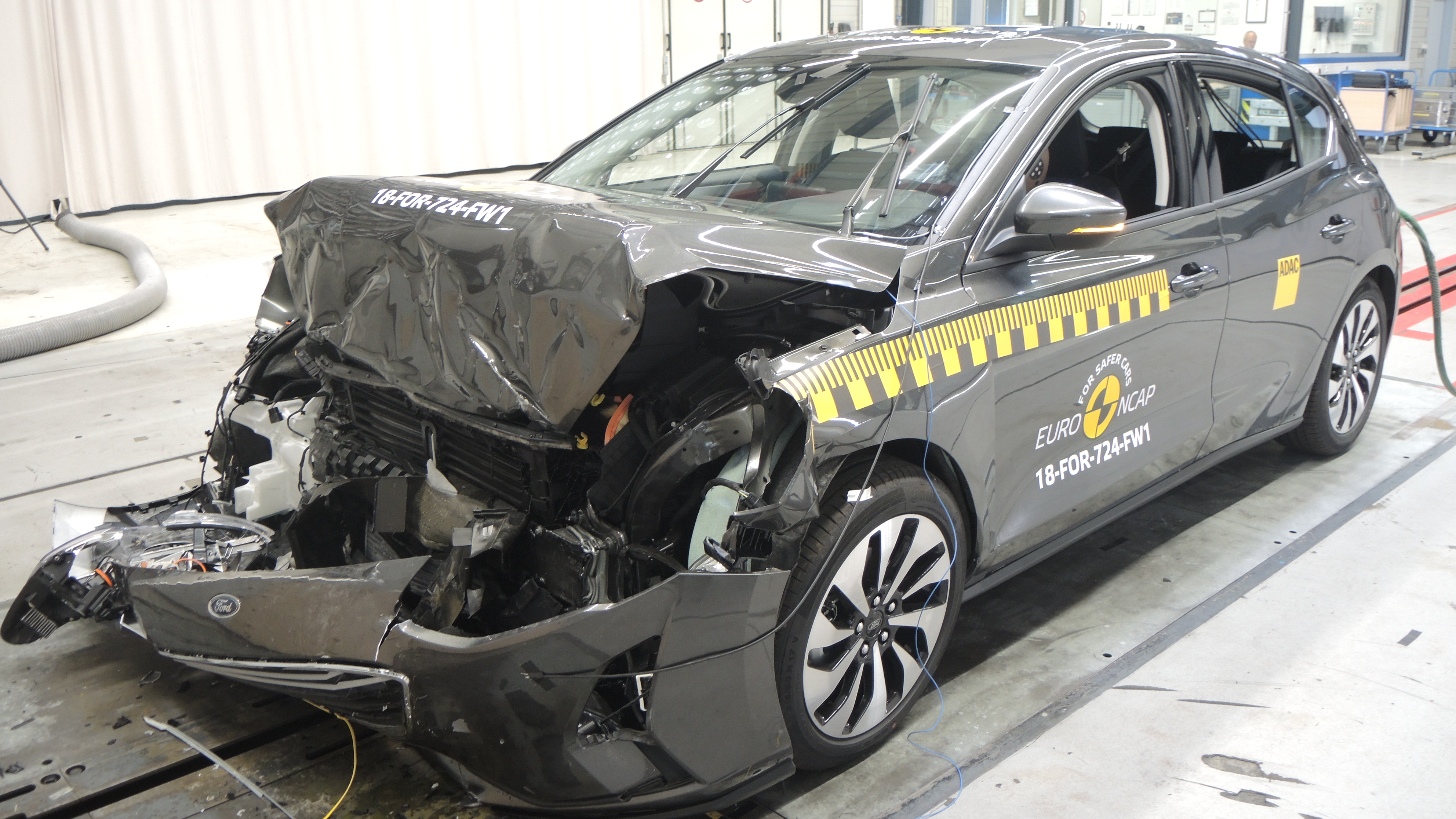 Knowing this, Ford had the Focus re-assessed after it addressed minor criticisms regarding rear-seat whiplash protection during its original crash test.

It remains a five-star model, but has now raised its adult occupant protection score from 85% to an excellent 96%.

Discover what our lab and road tests revealed about Ford’s latest medium hatch in our expert Ford Focus review. 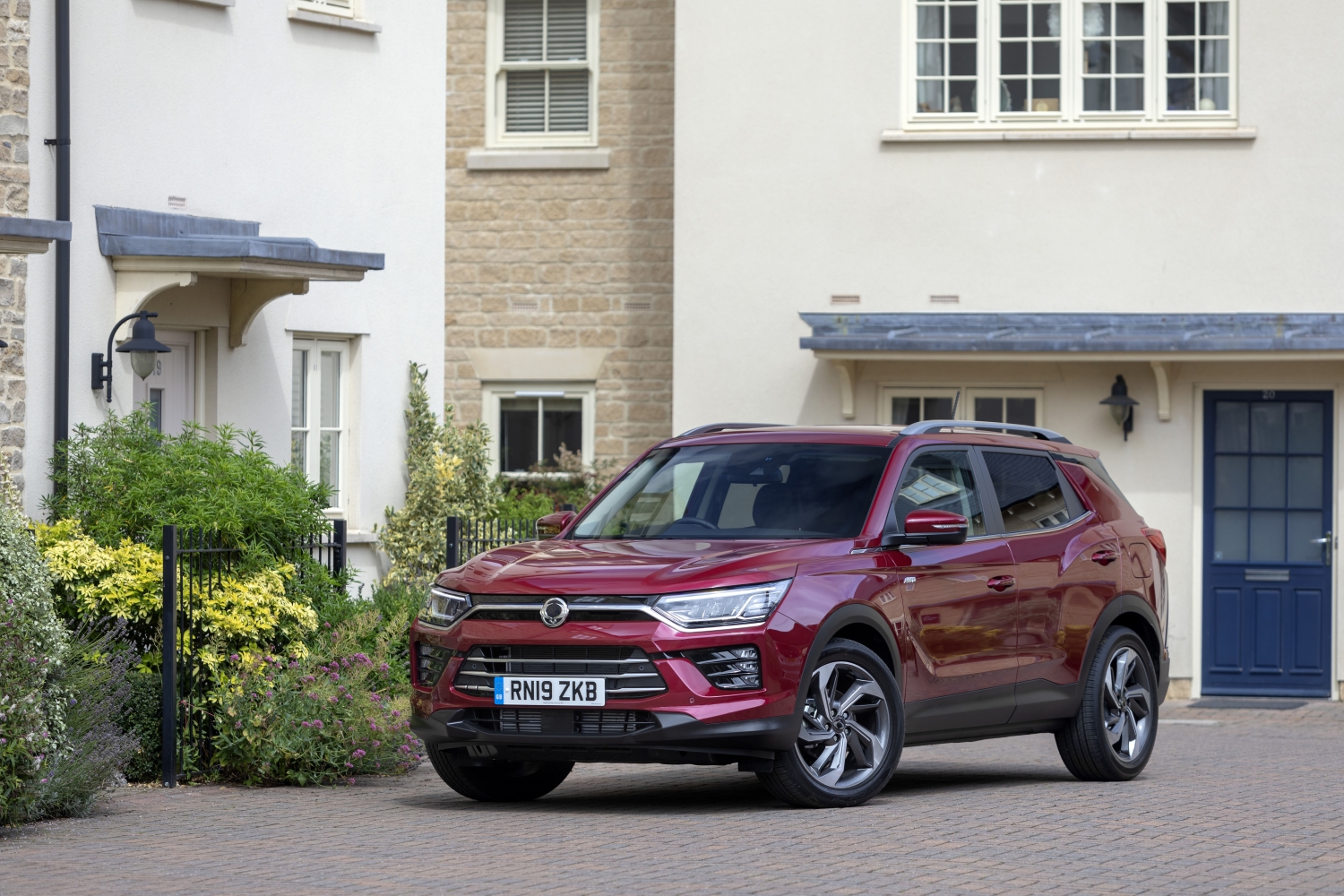 Ssangyong’s second-generation Korando crossover SUV is a far more serious proposition than the original, which failed to stand out against competitors.

That version of the Korando was never crash tested by Euro NCAP, but during our own assessment we reported our concerns over its lack of safety equipment.

However, with the crossover market bursting at the seams with some excellent models, Ssangyong couldn’t afford to cut corners and has fitted the new Korando with AEB to ensure the best possible rating. 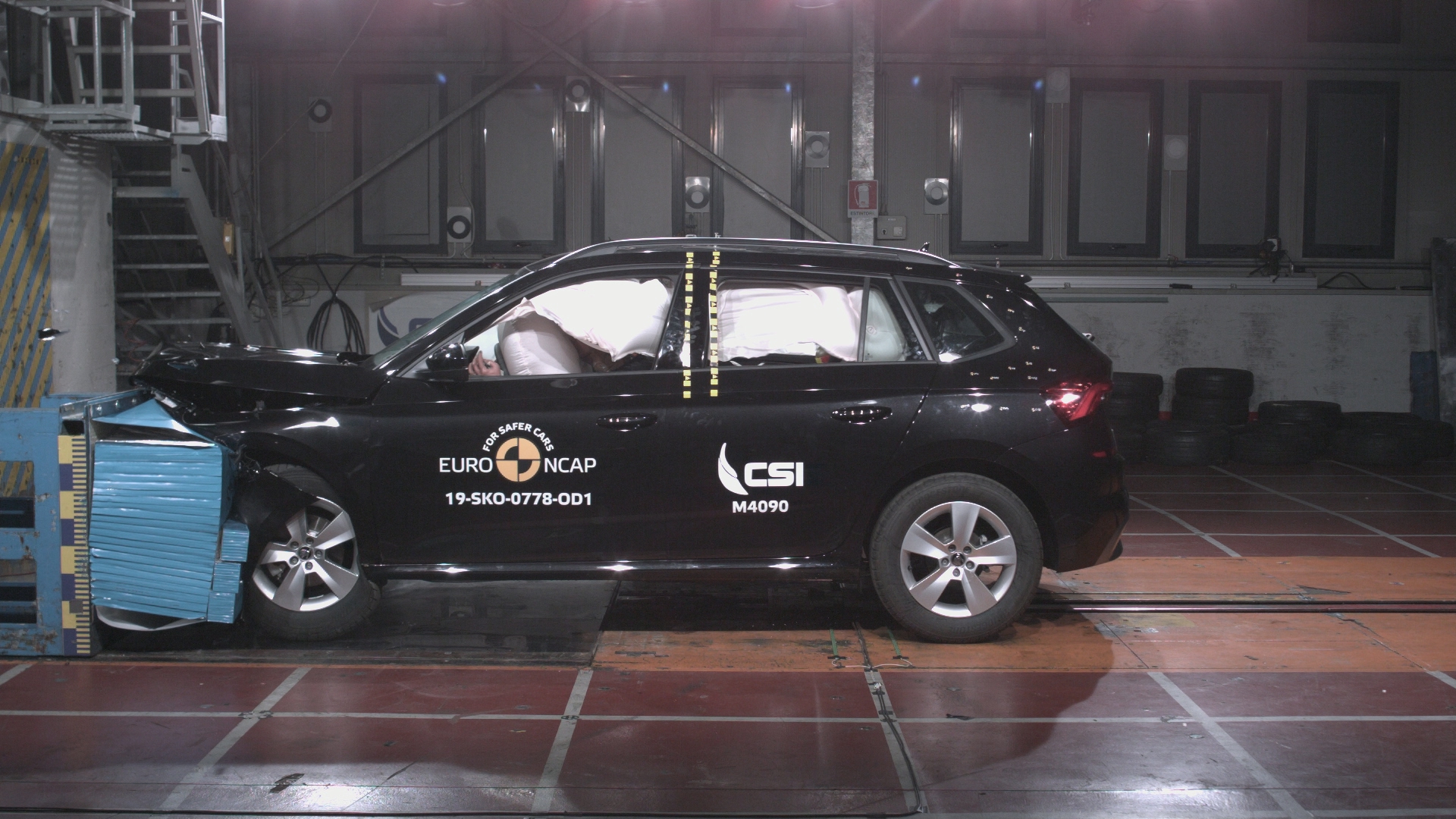 It’s not all perfect, though, as the car’s occupant protection rating was dented slightly by the fact that rear-seat passengers risked ‘submarining’ during a collision (where the pelvis slides under the lap section of the seatbelt).

While the front seat headrests were rated as ‘good’  for whiplash protection, those fitted to the rear seats offered only ‘marginal’ protection.

This wasn’t enough to deny the new Korado a five-star safety rating, though, as overall it performed very well in the demanding battery of crash tests.

See our expert pick of the best SUVs and crossovers. 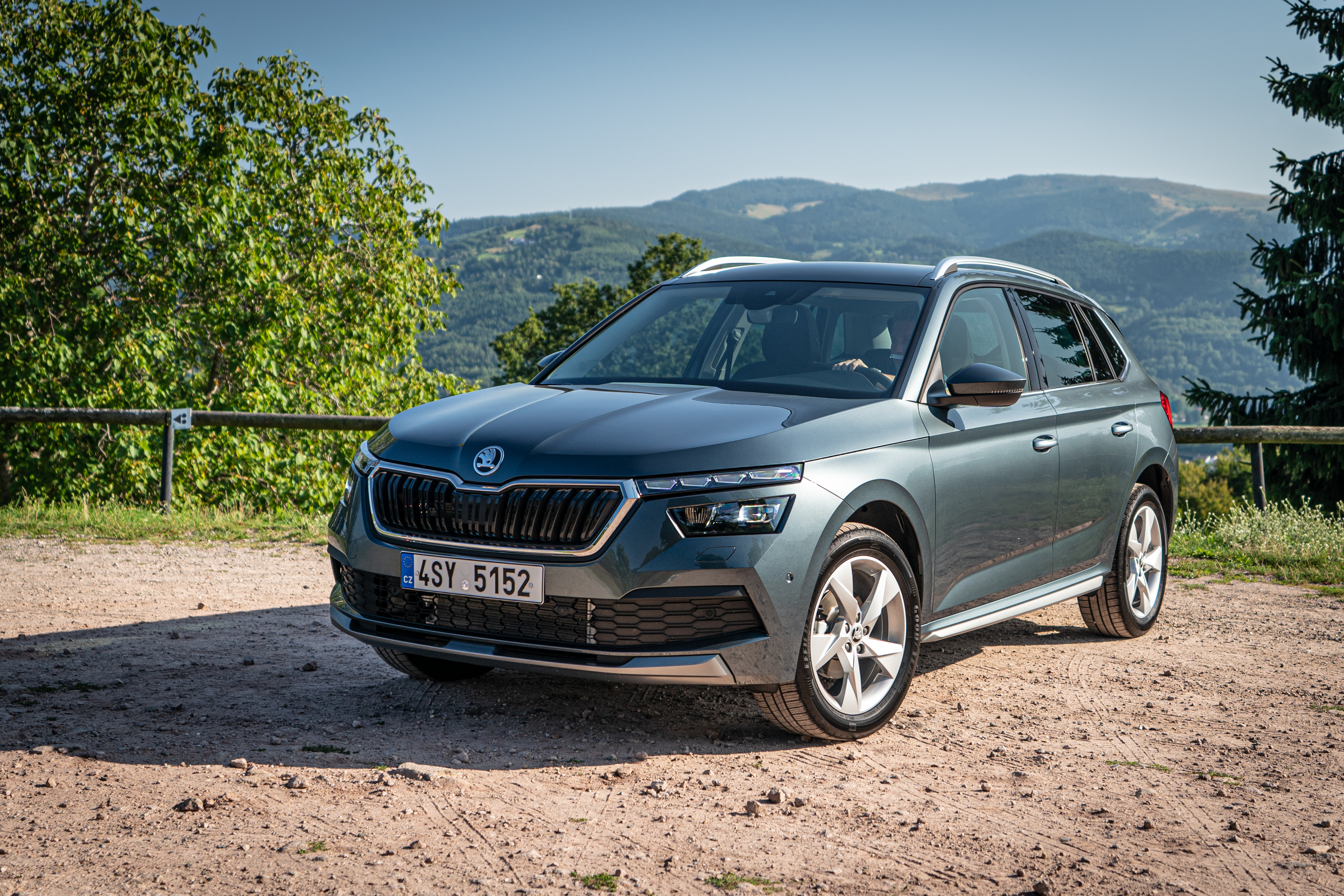 The Kamiq is Skoda’s smallest crossover and a sister car to the Seat Arona and VW T-Cross. Given their close relationship, it’s no particular surprise to learn that the Kamiq shares their five-star Euro NCAP safety ratings. 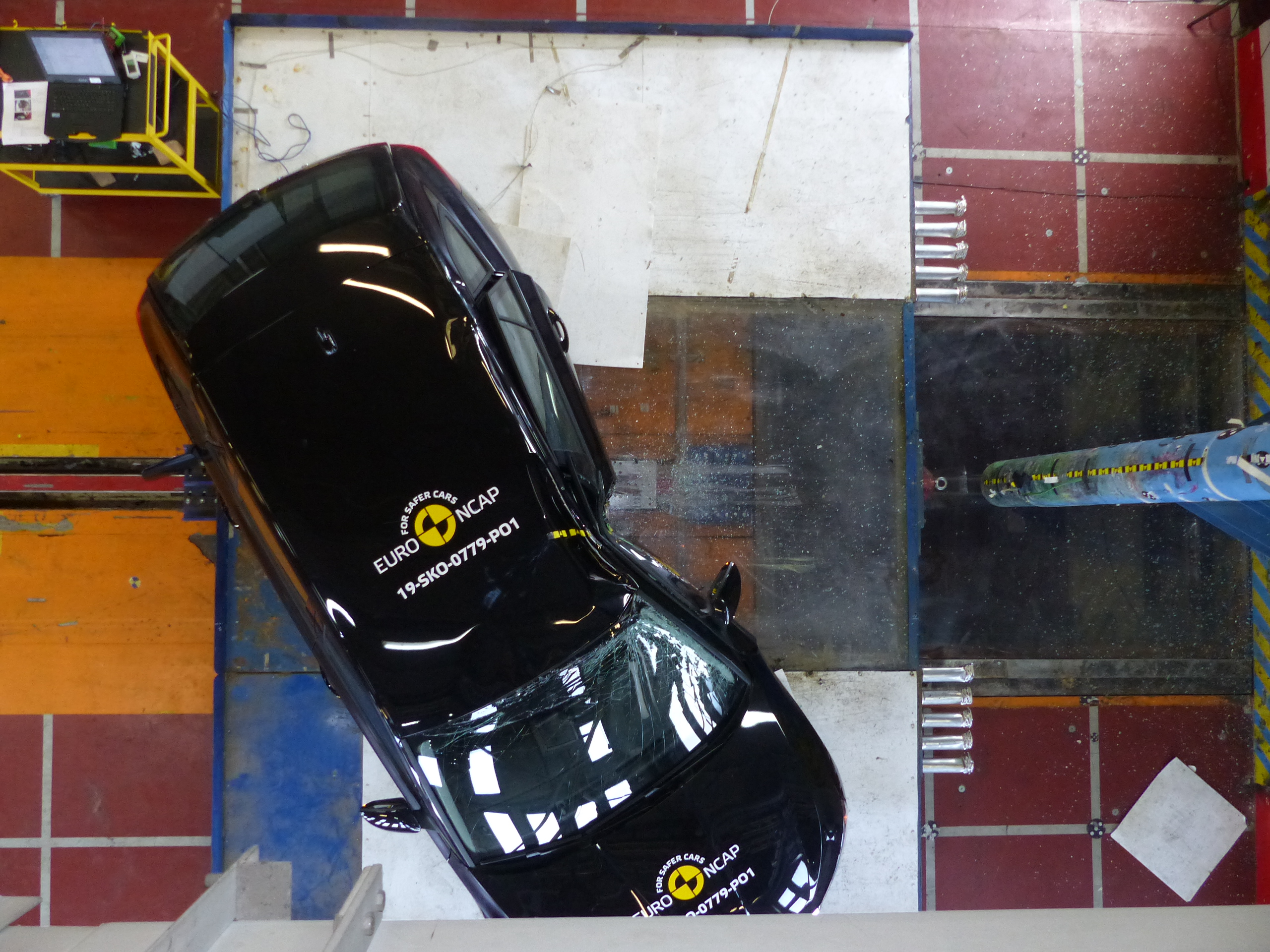 Fitting AEB across the range was a significant contributory factor to the Kamiq’s score.

Overall, this new model scored highly across the board, with both adult and child passengers, as well as pedestrians, well protected should the worst happen.

See all of our independent Skoda car reviews. 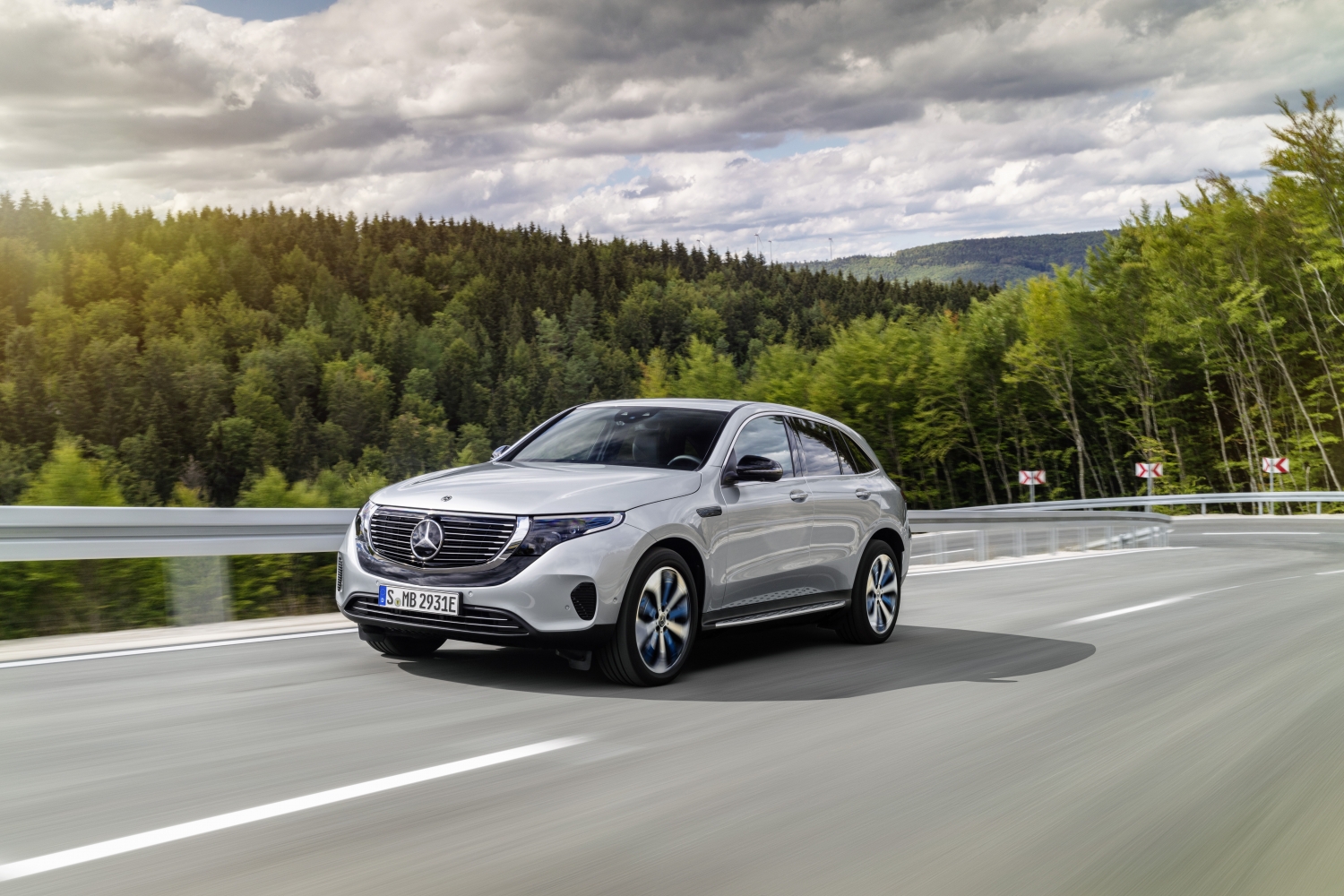 The slightly anonymous-looking Mercedes EQC is the brand’s first fully electric SUV. But it may have its work cut out to be noticed among rivals – the Audi e-tron and stylish Jaguar I-Pace.

However, when it comes to crash safety, it matches both of its luxury rivals. 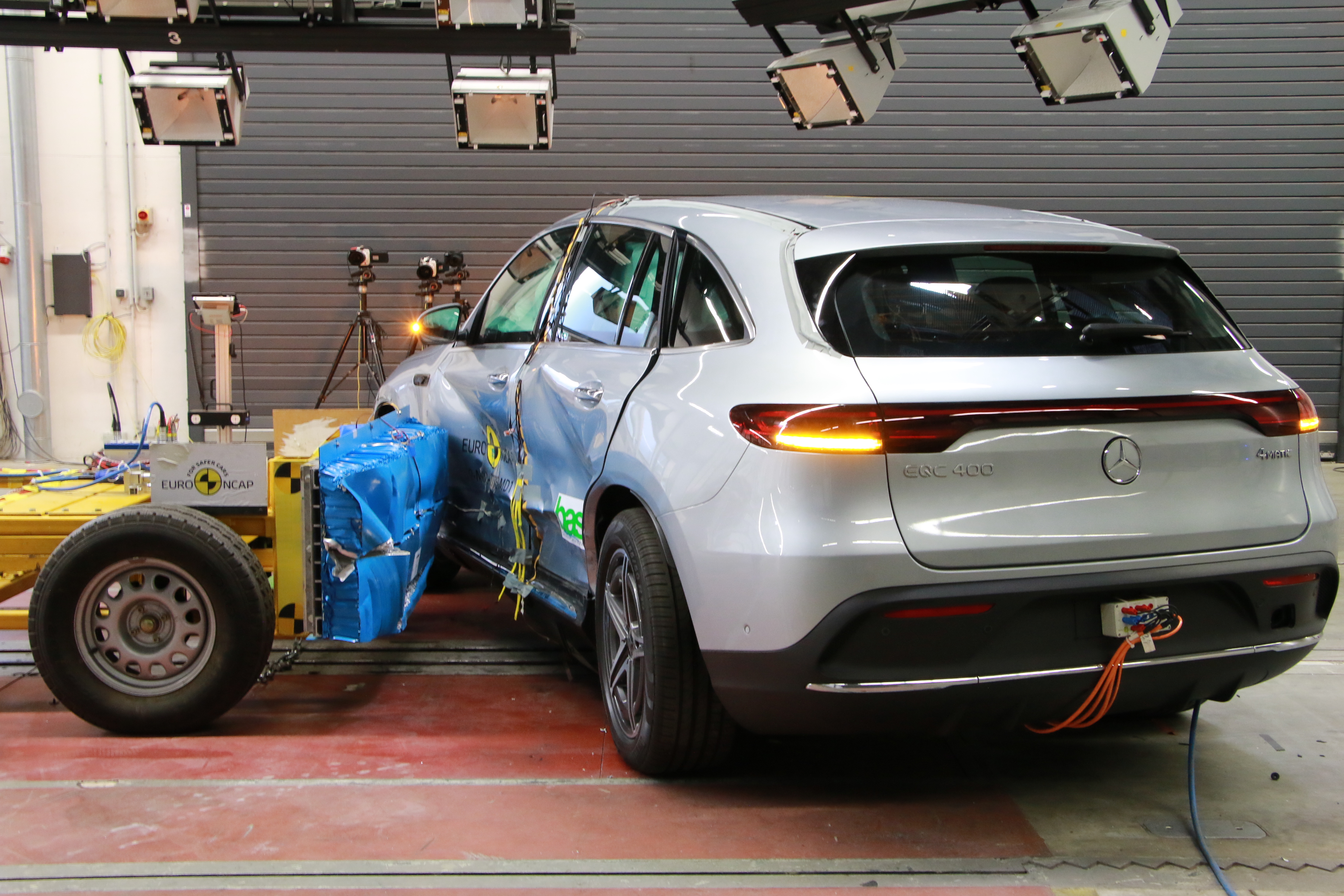 Awarded a fantastic 96% for adult occupant protection (and 90% for children), the EQC is as safe as you’d expect of a luxury SUV.

So the main consideration for buyers will likely be its usable range. We’ll confirm that as soon as we get the model into our lab.

You don’t have to splash out to get a great electric car with an impressive range. See our round-up of the best electric cars. 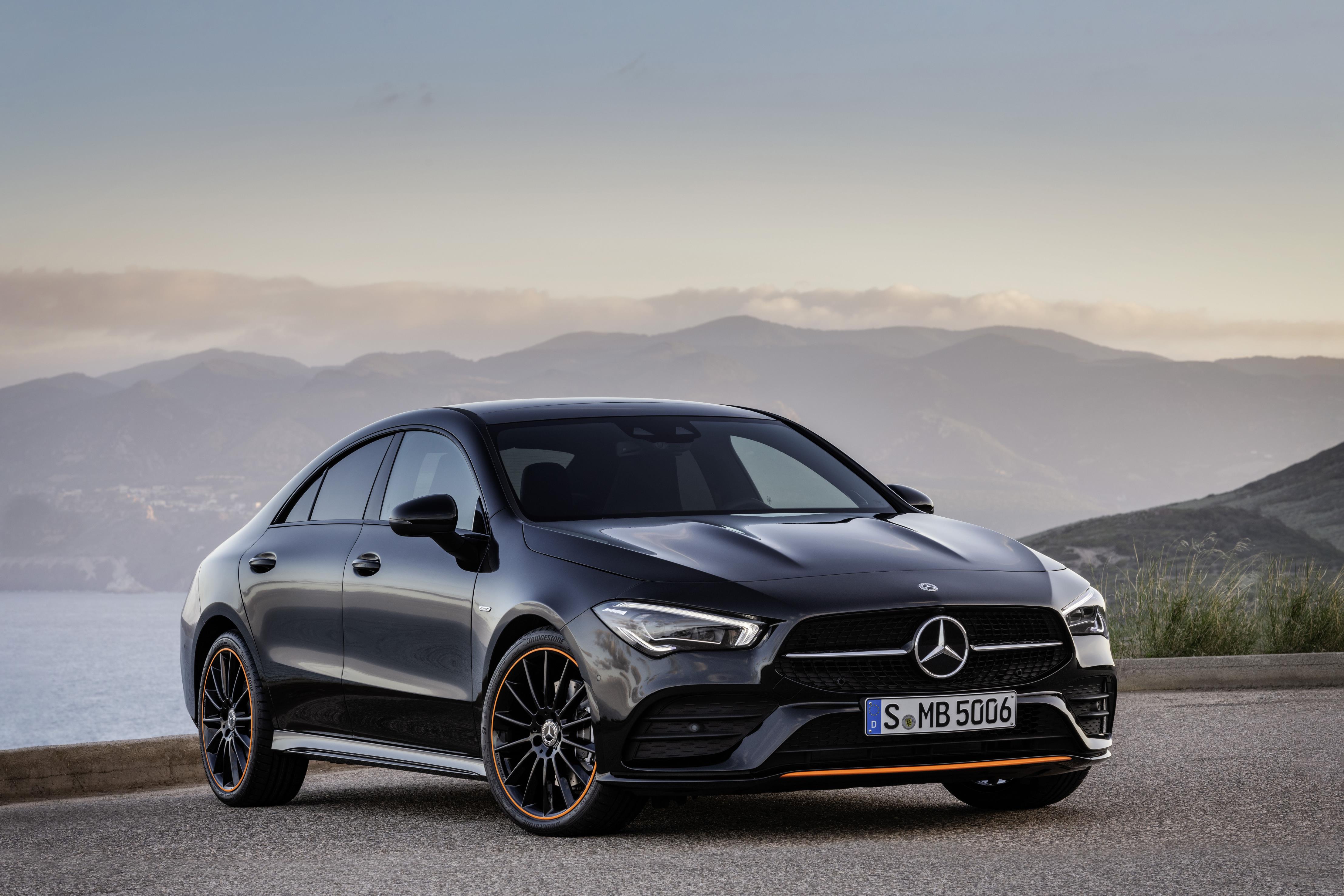 The coupe-styled CLA is at the more affordable end of the Mercedes spectrum. It shares much of its underpinnings with the Mercedes A-Class hatchback (another five-star car), including its AEB system and seat design. 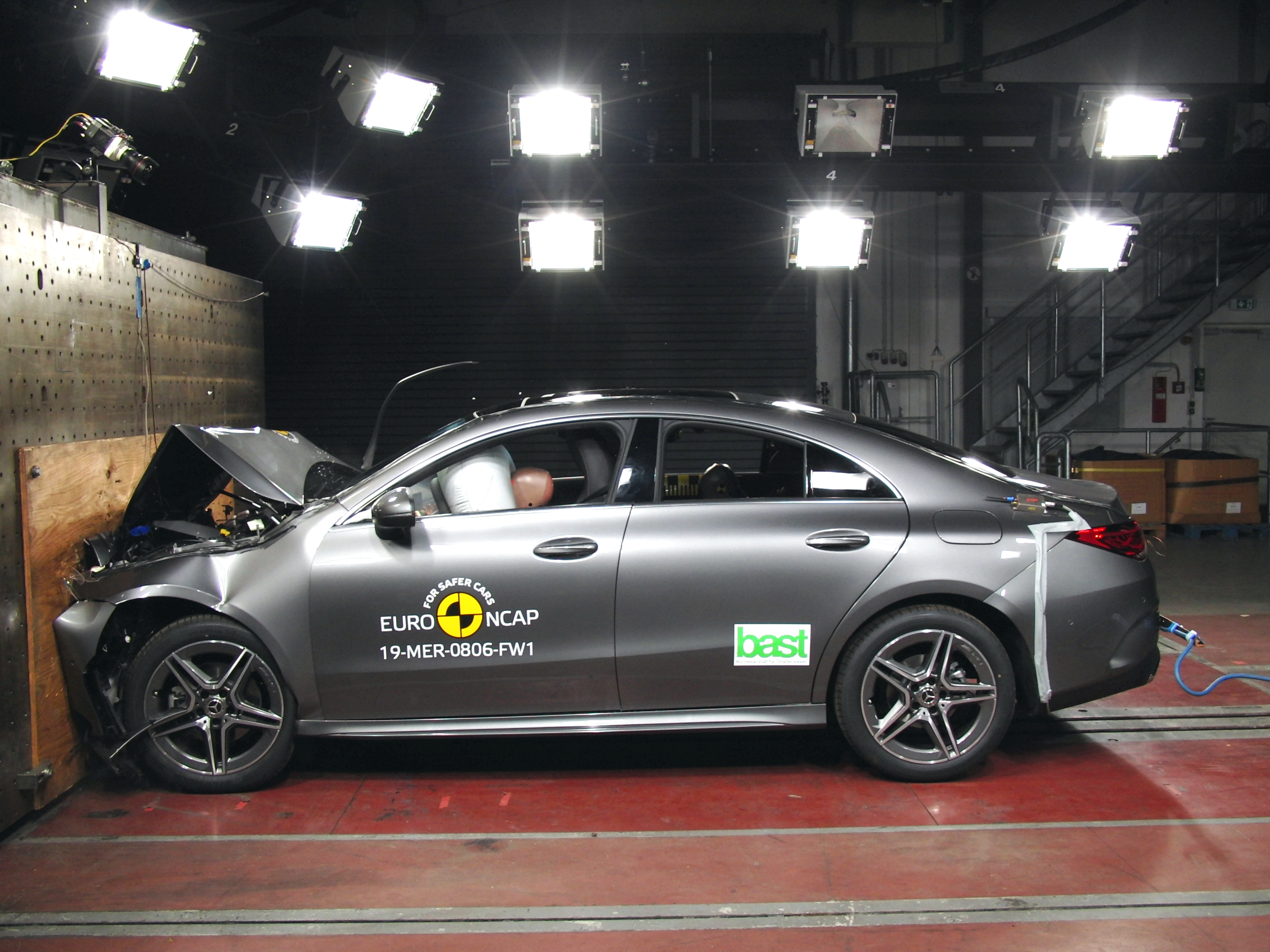 As such, it scored very highly – and not only for occupant protection. It was awarded 96% for protection of vulnerable road users thanks to its deployable bonnet. This raises in the event of a collision to create a cushion to protect pedestrians from hitting the hard points of the engine underneath.

Learn more about Mercedes and its range – should I buy a Mercedes? 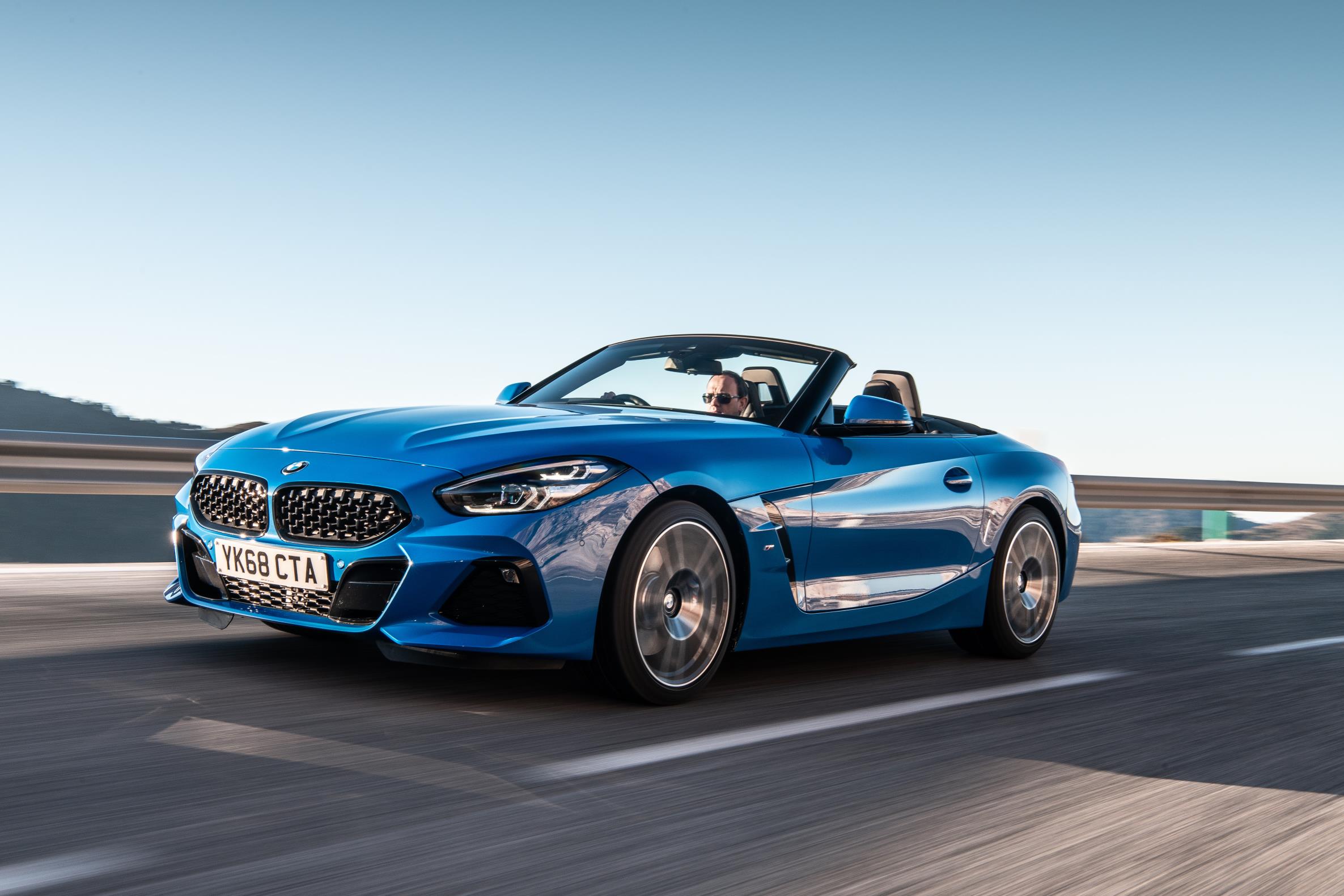 The reason we eventually designated the outgoing Z4 as a Don’t Buy model was because it slowly slipped behind the curve for safety. It’s heartening, then, to see the brand new version awarded so highly.

Aside from the usual active safety technologies, the latest Z4 is also fitted with a deployable bonnet to minimise injuries to vulnerable road users. 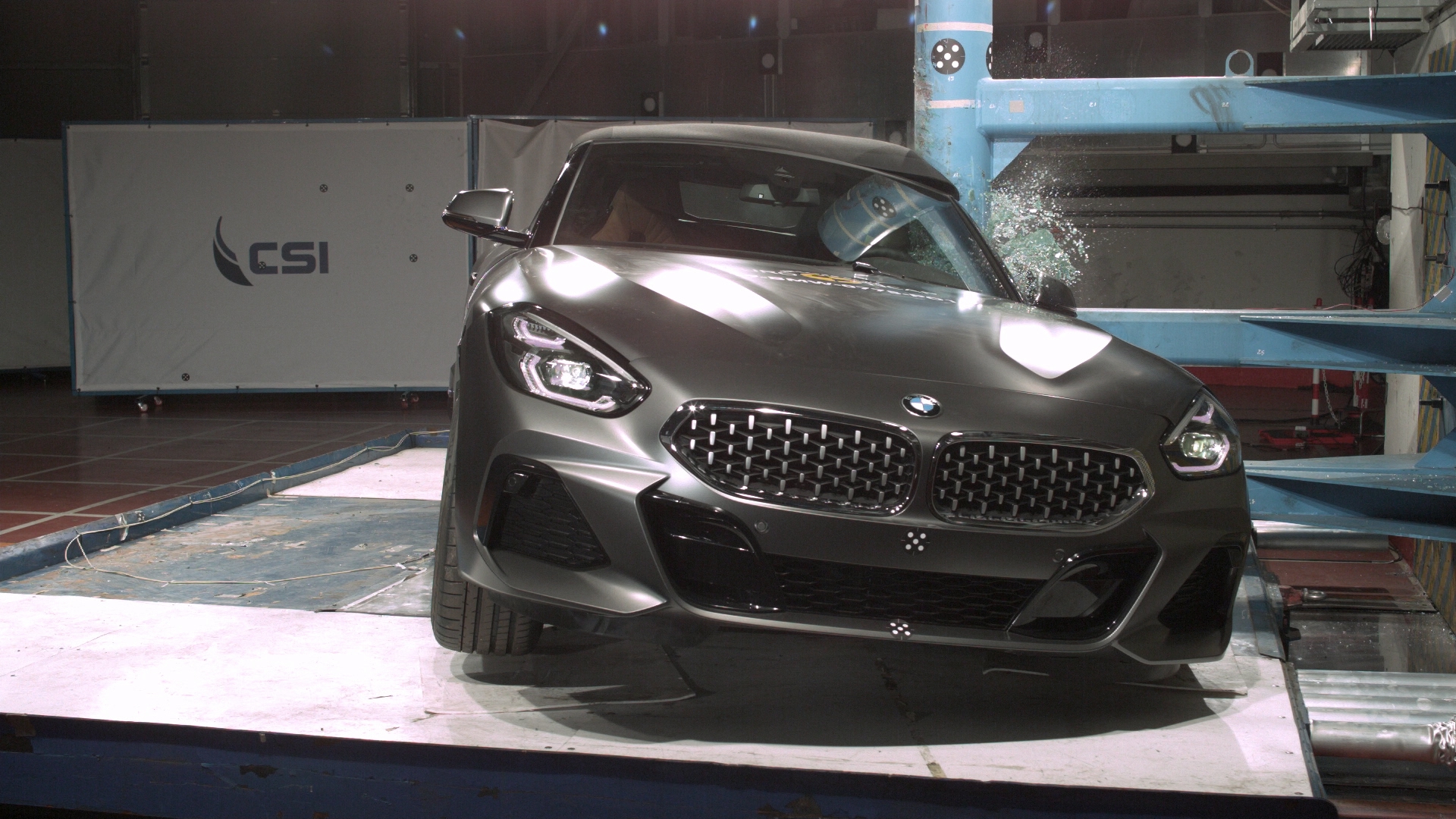 The design of the front bumper also provided decent protection for pedestrians at a range of different speeds, while the AEB systems intervened effectively during the test, to reduce the potential for such a collision to occur in the first place.

Discover how the Z4 fared in our own road and lab tests. See our independent BMW Z4 review.