Find out what happened when we drove the new Hyundai Kona Hybrid crossover, plus fully lab tested the first ever hybrid Honda CR-V SUV. We also have full test results for the latest SUVs from Volkswagen – the T-Cross and Tiguan – and the first SUV from Cupra, the high-performance Ateca.

Sales of hybrid cars are growing. Three of the latest cars we’ve featured here are hybrids, including the first-ever Honda CR-V Hybrid.

Our real-world lab tests rigorously test the fuel economy of all cars in real road conditions and on the motorway, so we can reveal whether the Honda CR-V Hybrid is the best choice, or if its conventional petrol version is the winning formula. Just check the tech specs tab in our reviews through the links below.

Meanwhile, Volkswagen’s whole suite of SUVs expands further with the new Volkswagen T-Cross. The T-Cross is now VW’s smallest-ever SUV, sitting below the Volkswagen T-Roc. We’ve tested new engines on the Volkswagen Tiguan compact SUV, which is larger than both of these. Plus the recently updated UK best-seller, the Nissan Qashqai.

If an SUV crossover isn’t for you, we’ve also tested the popular Mazda 3, promising Mazda’s hallmark agile handling, and the relaunched Toyota Camry Hybrid. Find out which cars are really the wise choice for the best fuel economy and low emissions.

Best cars – whatever type of car you’re looking for, our expert lab tests and reliability data reveal the cars that won’t let you down. 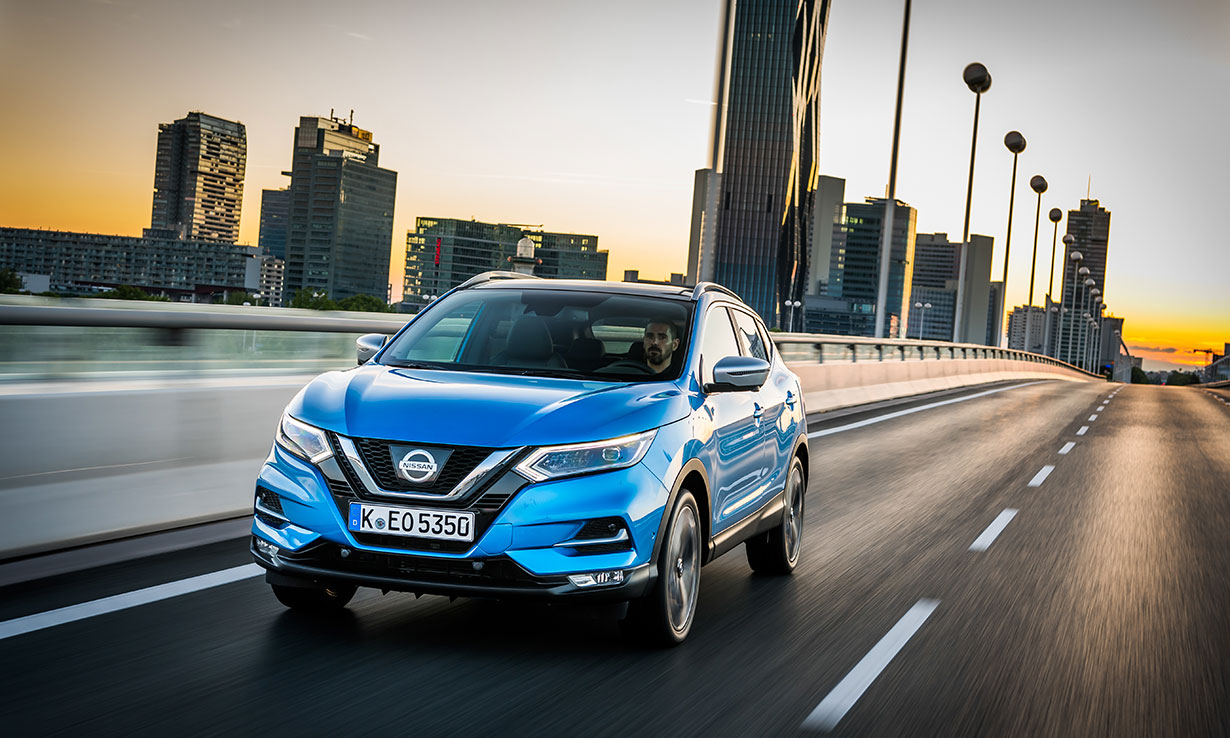 The Nissan Qashqai has been so popular over the years, the name has become the benchmark model to which rival crossover SUVs are compared. However, entering its second-generation way back in 2014, can it really still hold its own against the latest releases?

Nissan’s updates to the Qashqai range in 2019 added smartphone mirroring through Apple Carplay and Android Auto. A new 1.3-litre turbocharged petrol engine was introduced. Available with 130hp and 160hp, it replaces all other petrol options.

However, there’s something else you need to know about the Qashqai. In our latest Which? Car reliability survey, one in five Nissan Qashqai owners told us that they had to replace their battery in the 12 months prior to our survey.

Reliability issues aside, is the Qashqai really the best crossover SUV on the market? Our lab experts put it to the test in our definitive Nissan Qashqai review. 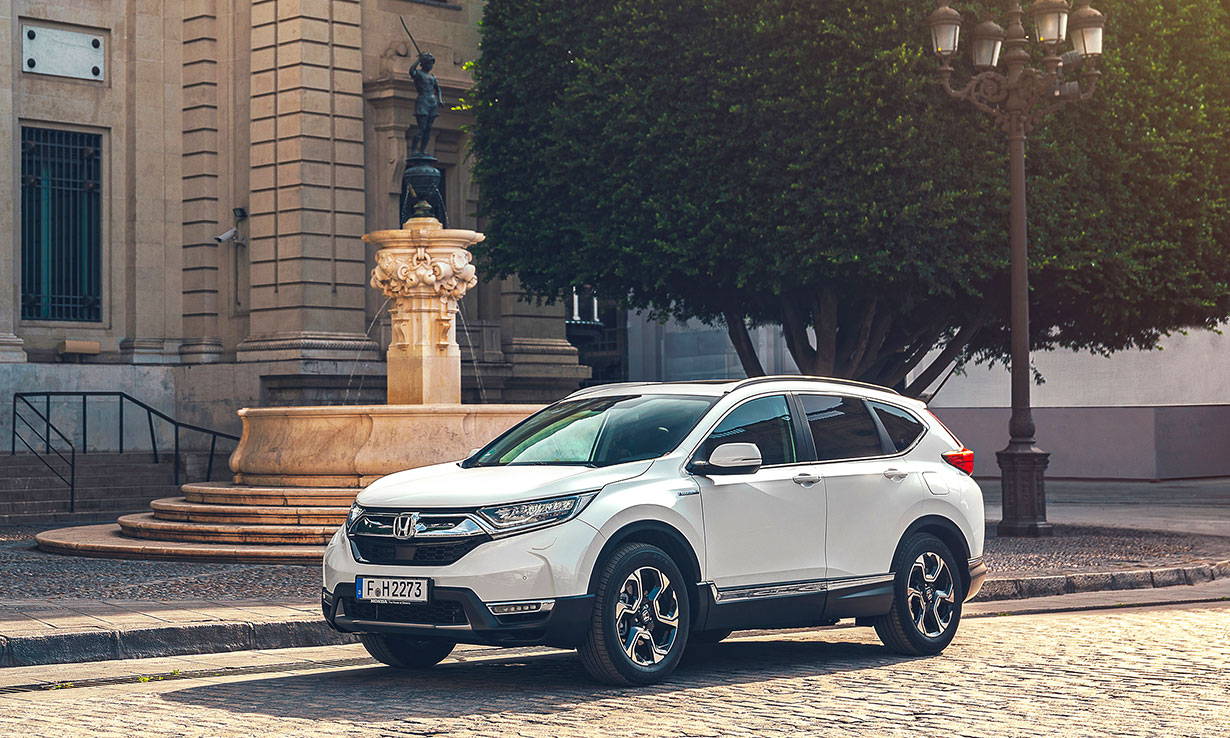 With the hybrid you get a 2.0-litre petrol engine combined with two electric motors, together producing up to 184hp. Its transmission is automatic, with no manual option available.

Unlike your usual hybrid car, this Honda hybrid’s petrol engine doesn’t supply power directly to the wheels. Instead, the engine powers an electric generator. This then powers both the hybrid’s battery and another electric motor, which powers the wheels.

So should you choose the hybrid or regular petrol model? Our rigorous tests reveal which has the better fuel economy, plus which is great to use and drive.

We reveal all in our comprehensive Honda CR-V Hybrid review. 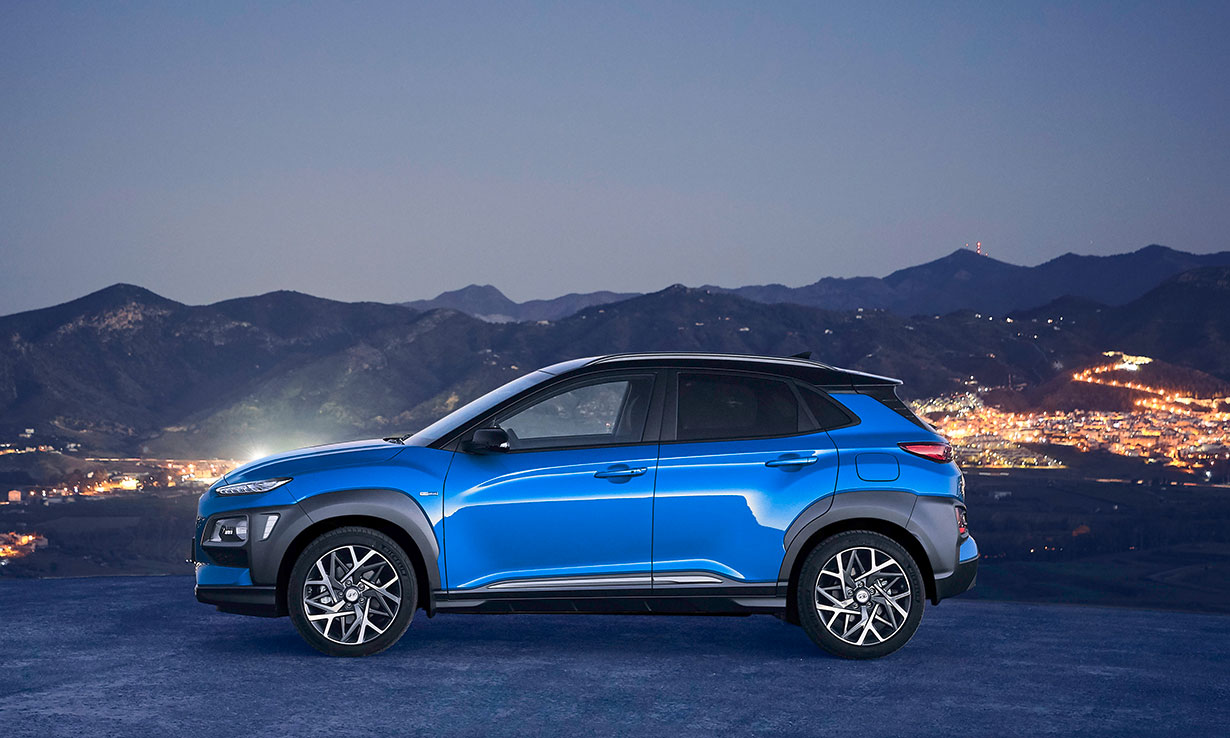 Hyundai discontinued its diesel engine offering with the Kona, instead favouring this petrol hybrid, which we’ve reviewed separately to the conventional Kona petrol and Kona electric models.

The Kona is Hyundai’s smallest crossover. The hybrid shares its drivetrain with the larger Ioniq Hybrid, with a 1.6-litre petrol engine linked to a 43.5 kW battery, together offering 141hp.

It comes with six-speed, twin-clutch automatic transmission as the only gearbox option, and front-wheel drive. 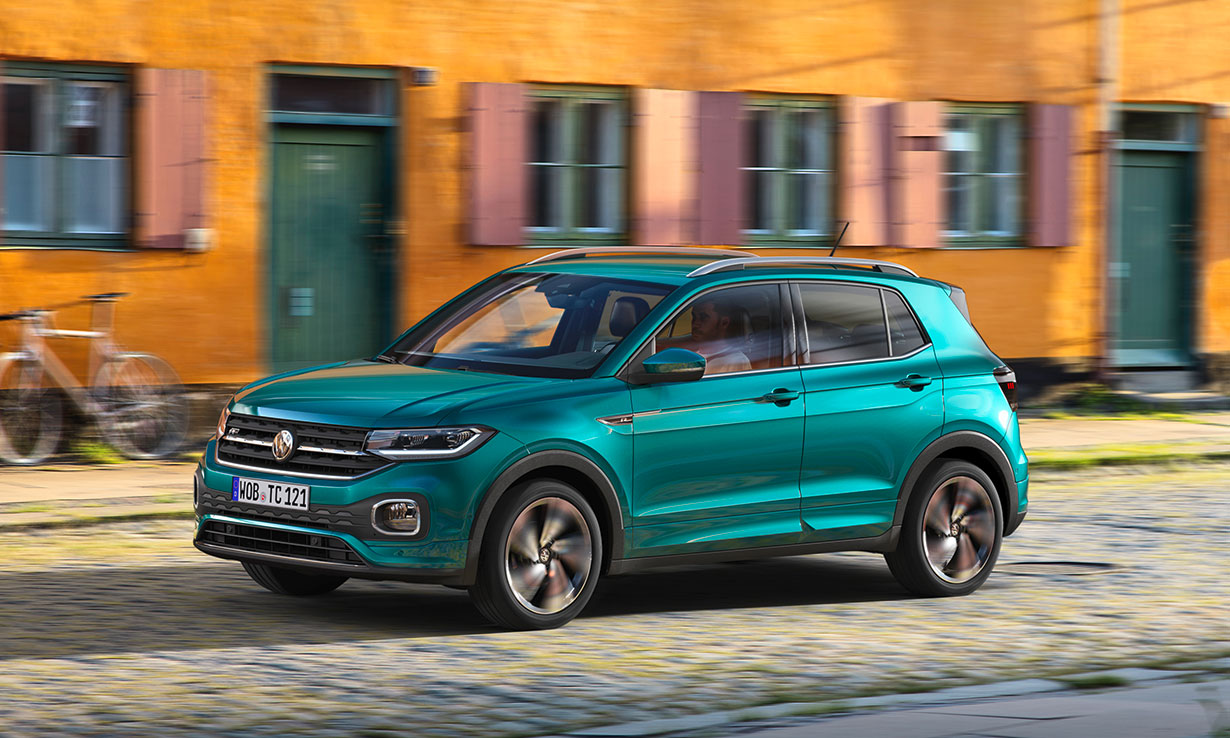 The T-Cross is Volkswagen’s new contender to take on rivals like the popular Nissan Juke and Renault Captur.

It’s based on the same platform as the Volkswagen Polo and Golf – it’s slightly longer than the Polo, but 12cm shorter than Volkswagen’s T-Roc crossover, which was previously its smallest SUV.

There are four trim levels. The basic ‘S’ spec will give you alloy wheels, heated door mirrors, an eight-inch touchscreen, LED rear lights and automatic headlights.

Tickle your fancy? See how it really performs in our exacting Volkswagen T-Cross review. 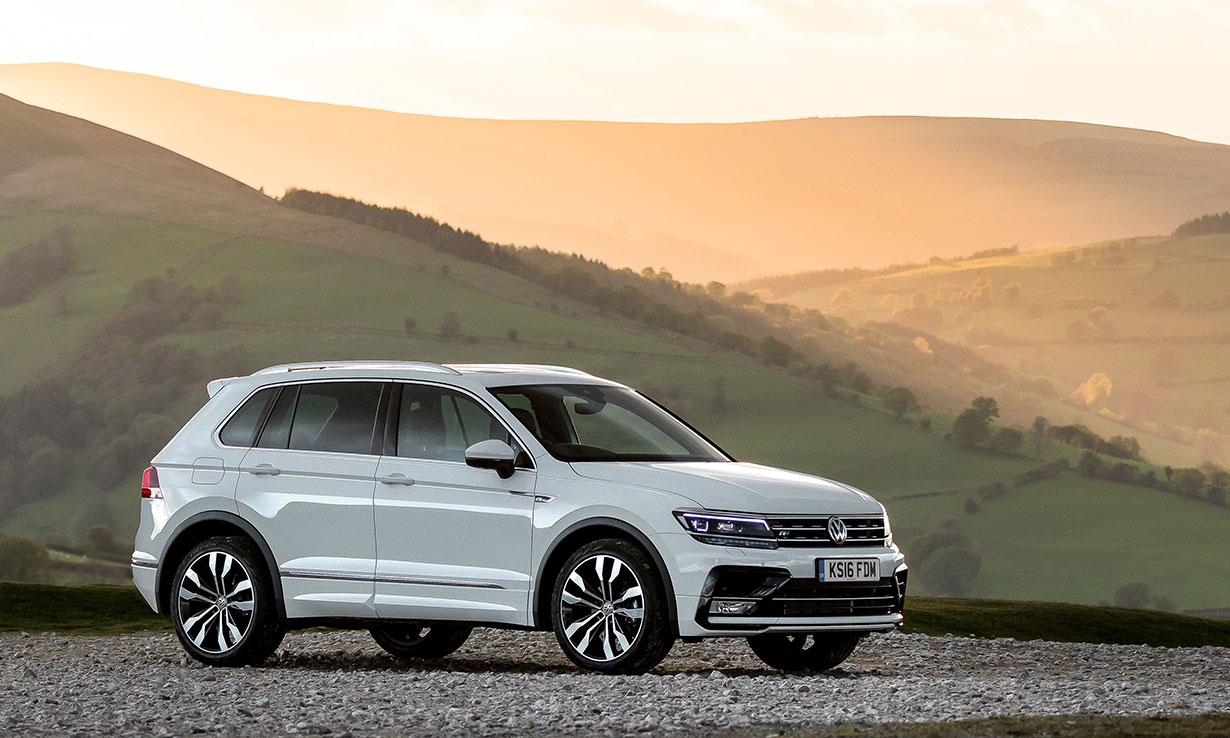 The Volkswagen Tiguan is a direct competitor to the Nisan Qashqai and Renault Kadjar, but with a higher price tag. In fact, top-end models could sit at the same table as luxury alternatives, like the Audi Q5 .

The Tiguan aims to justify its price with a more upmarket feel than rivals and a more discreet styling.

All models get air conditioning, automatic lights and wipers, emergency autonomous braking, DAB radio, Bluetooth connectivity and Apple Carplay/Android Auto, controlled through an 8-inch colour touchscreen. There are six trim levels if you want to fully kit it out and add luxury extras.

There’s also a wide selection of engines, with the diesel models traditionally most popular with UK buyers.

Is this a wise crossover choice? Our expert lab and road tests put it through its paces – see our extensive Volkswagen Tiguan review. 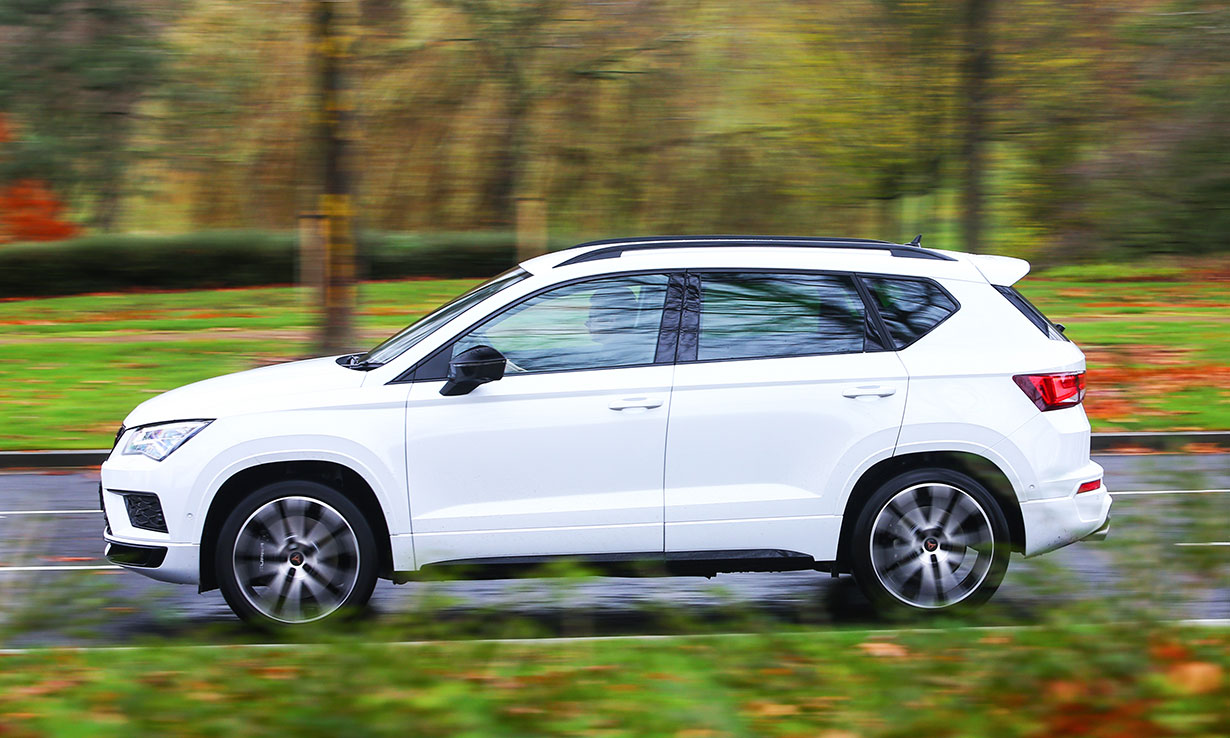 Cupra is the new performance sub-brand from Spanish carmaker Seat. It used to be used as a badge on go-faster models (much like GTI for Volkswagen and Type R for Honda), but now is being marketed as a manufacturer in its own right (more along the lines of Volvo’s Polestar).

The Ateca is Cupra’s first offering – a high-performance version of the Seat Ateca mid-size SUV. Other than the new badge, it’s visually hard to tell them apart until you start driving. This is where the turbocharged 2.0-litre engine with a beastly 300hp, seven-speed twin-clutch automatic transmission and four-wheel-drive as standard, promise an exciting drive.

Could this be the car you’ve been waiting for? Our professionals leave no stone unturned in our expert Cupra Ateca review. 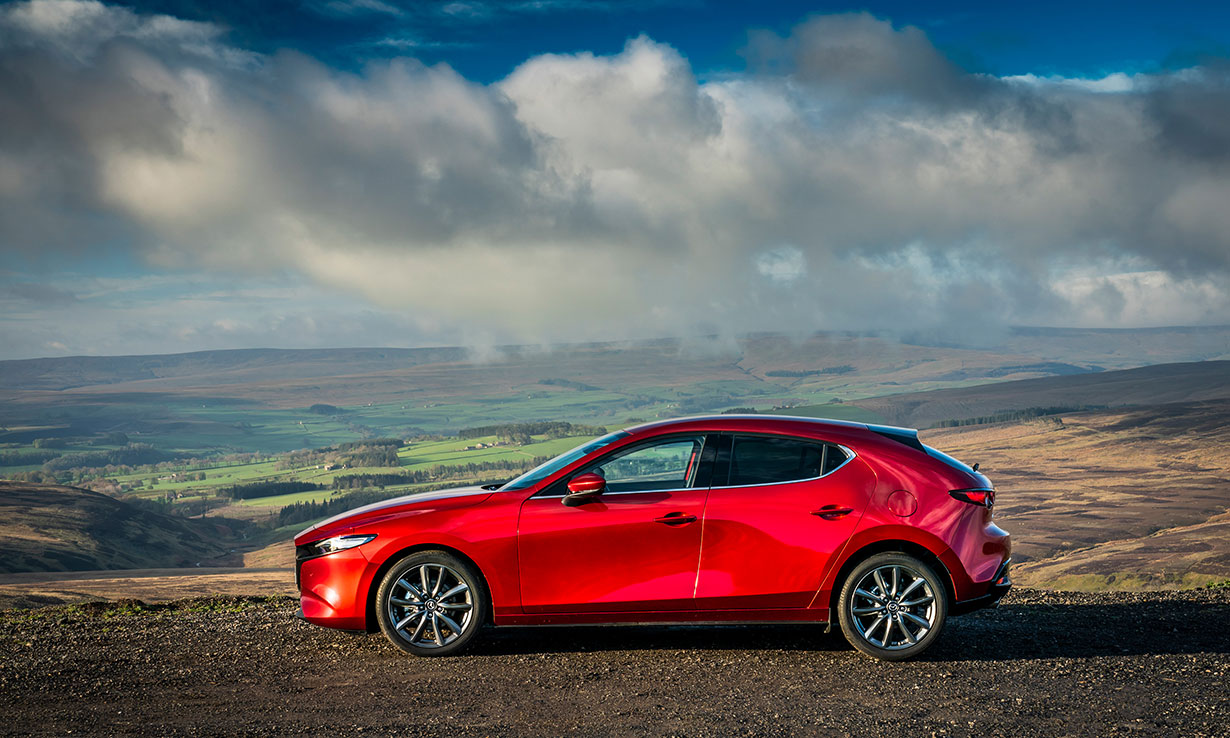 The boldly styled Mazda 3 aims to stand out from the pack with a more engaging drive than popular medium hatchback rivals like the Volkswagen Golf and Ford Focus.

2019 also introduces the innovative Skyactiv-X 2.0-litre petrol engine, which we haven’t yet tested – this uses compression ignition and claims to offer 30% more power (180hp) and 20% greater fuel economy than the conventional petrol model.

Looking for a keen-handling but practical car? See whether the Mazda 3 has what it takes in our expert Mazda 3 review. 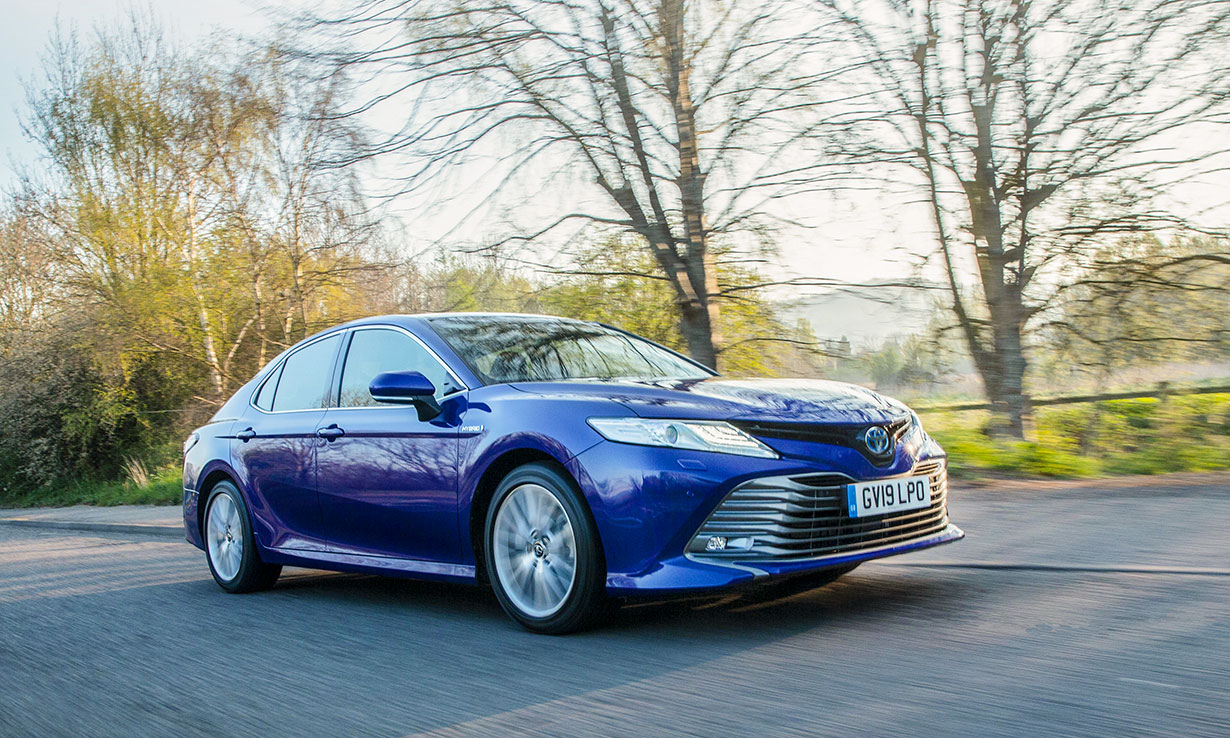 The Toyota Camry may not be a name seen on sale in the UK since the early noughties, but it’s proven immensely popular in the US and elsewhere.

The Camry Hybrid promises to be an alternative to a diesel for those looking for strong fuel economy from a large car. There will be no conventional petrol or, as this is a Toyota, diesel versions.

There’s just one drivetrain: a 2.5-litre petrol-electric hybrid that puts out 218p with front-wheel drive and a CVT automatic transmission.

So can the Camry really deliver superb fuel savings for such a large car? Only our independent real-world and motorway tests have the definitive answer – find out in our thorough Toyota Camry Hybrid review.