Innovation in TV streaming devices is rare, but Amazon had the bright idea of combining two of the popular devices from its ever-broadening portfolio to make a hybrid: the Amazon Fire TV Cube.

One part smart speaker, courtesy of the Alexa voice assistant that’s normally found in Amazon Echos, and one part TV streamer, the Cube is something entirely new. The fact it still has the Fire TV moniker means Amazon sees this as a TV streamer first and foremost, but the voice capabilities are as full-featured as any Amazon Echo smart speaker.

At £50 more than a 4K Fire TV streamer, is it possible that Amazon has overcomplicated a simple device and made a jack-of-all-trades that’s worse than its component parts?

Head to our guide on buying the best TV streamer to see our favourite models.

Amazon Fire TV Cube: how does it differ from a normal Fire TV Stick?

Make no mistake, the Cube is a TV streamer first and smart speaker second. It connects to your TV via HDMI and gives you access to scores of catch-up and streaming apps, including video and music, such as Netflix, BBC iPlayer and Spotify.

It has a remote that will be immediately familiar to anyone who’s seen or used a Fire TV Stick before and it’s as simple as ever. Buttons are few, but we didn’t want for any. You can control playback and volume, and there’s a microphone button to talk to Alexa. 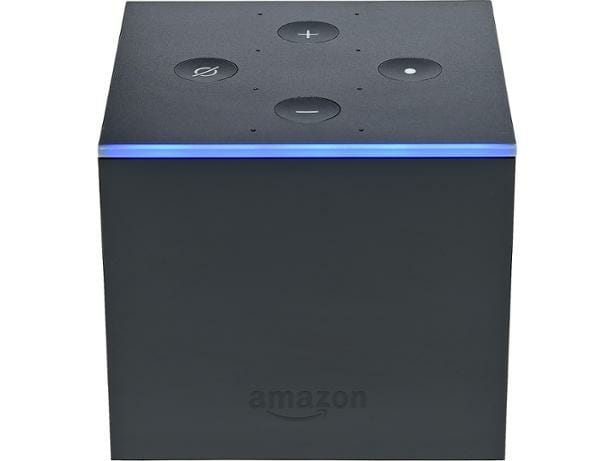 Unlike traditional Fire TV devices, you don’t need to press this button to activate Alexa. As with an Amazon Echo, there’s a microphone built into the Cube that will detect your voice wherever you are in the room, so the remote doesn’t need to be on hand.

The commands for controlling the streamer are similar. You can ask Alexa to find shows for you to watch, pause and play, although we found this was inconsistent across apps. It works best in Amazon’s own streaming apps, which makes sense, but some of the commands don’t work in BBC iPlayer.

The commands on the Cube go far beyond simple playback though.

If you have any smart devices in your home, such as light bulbs, security cameras, sockets and more, you can control them through the Cube. ‘Alexa, dim my lamp’ or ‘Alexa, show my camera on the TV’ are just a couple of the commands available and, since the Cube is connected to your TV screen, monitoring wi-fi security camera feeds becomes feasible.

Alexa is a personal assistant at this point and you’re getting all of her in the Cube. You can ask for weather reports, news updates, set alarms and more. Echos have a vast library of skills, which work like apps, adding more uses to your smart speaker, and you can install them on the Cube, too. 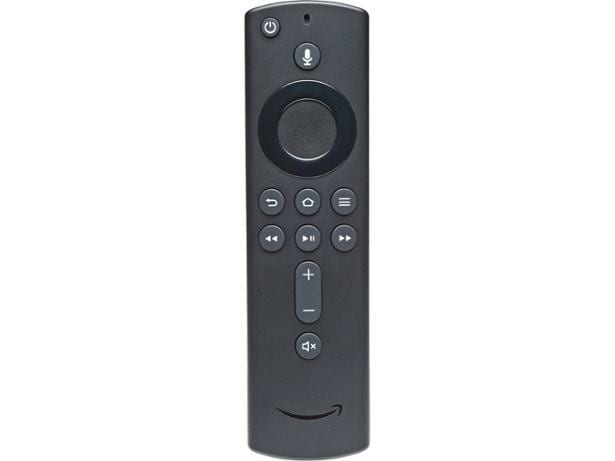 Useful without a TV

Many of the Cube’s extra features can be used whether your TV is on or off, so your TV won’t light up every time you want to know what the temperature is outside. There’s no point in buying one of these if you don’t intend to connect it to a TV, though; the streaming features are a large part of what you’re paying for.

Is it a replacement for an Amazon Echo?

We haven’t tested the Cube as a smart speaker, so we can’t attest to its audio quality, but the fact that playing music isn’t mentioned much on the Amazon listing page means this may not do the best job with your favourite tunes. But, if you have a sound bar attached to your TV, or your TV sounds good anyway, then the Cube will play music through those speakers instead, which effectively turns your sound bar into a smart speaker.

Your TV has to be on or the sound bar would need to be, which is a shame, but it’s a reasonable solution for someone who wants to get wireless music in their front room, and it’s another string to the Cube’s bow.

Should you buy the Cube over a traditional streamer?

This really comes down to how much you think you’ll use the extra features we’ve laid out above. If you like the sound of having a smart assistant/speaker in your front room that makes your TV smarter, then the Cube is worth a look, but if not you could save a lot of money by going for a traditional model.

Read our full review of the Amazon Fire TV Cube to see if all those fancy features come at the cost of easy operation, rich sound and excellent picture.

Amazon isn’t the only streamer brand with new products. Roku has two, but they aren’t as ambitious as the Cube.