Nest WiFi is Google’s latest launch in home wi-fi, offering the option of a router or mesh network,  plus additional points if you need to boost your wi-fi even further. It only launched at the start of this month, but it’s already discounted for Black Friday across several retailers.

Nest WiFi Router and Point form Google’s mesh system. The two devices work together to replace your existing wi-fi network, and boost your signal throughout the home. But it’s not just wi-fi. Each ‘point’ that you add to the network has an integrated smart speaker, and they work exactly the same as a Nest Mini smart speaker.

Find out about the deals Google are offering below. 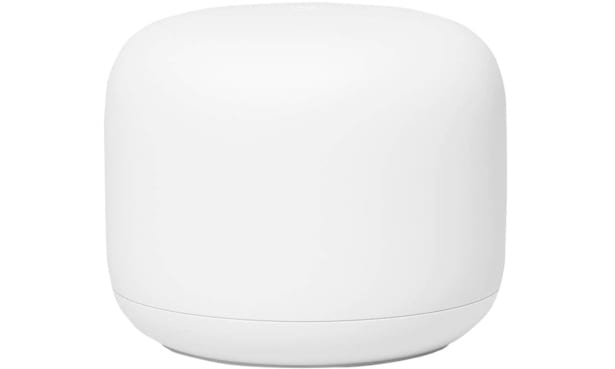 We liked: Good coverage and good looks.
We didn’t like: 5GHz range isn’t the best, speeds can be slower on 2.4GHz.

Google’s Nest WiFi Router plugs into a modem or your existing router and will create a new network. It’s suitable for homes up to 120 square metres. You can manage the device on the Google Home app, which also has additional features, such as wi-fi speed checking and the option to apply parental controls, but the router doesn’t have the additional smart speaker that the Point includes.

There’s the option to buy the Nest WiFi Point on its own (was £129, now £109 which is 16% off). You can add this to your Nest WiFi router network, or, if you have the older Google WiFi it will also work with this. 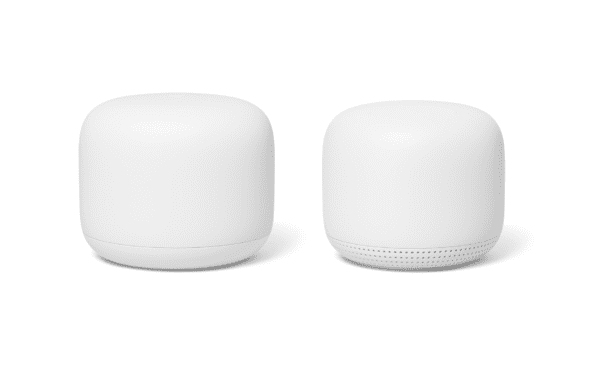 We liked: Offers more than just a mesh network, plenty of features with the Google Assistant smart speaker.
We didn’t like: It would benefit from another Point if you have a larger house.

The Nest WiFi Router and Point is a mesh system that will replace your existing wireless network. The two devices work together to create a seamless connection throughout the home. They’re both dual-band, which means they operate on 2.4GHz and 5GHz frequencies, so your devices can be spread across the two to reduce congestion.

At £239, Nest WiFi was available at a pretty reasonable price. Now it’s less than £200, which is good going for a mesh system, plus you’ve got the added bonus of a smart speaker.