Motorola has built a reputation as a go-to brand for affordable smartphones. It’s not resting on its laurels though, and with this year’s ‘One’ range is trying something just a little bit different.

Each of the four phones – the One Macro, One Action, One Vision and One Zoom – has a unique selling point, which could make choosing between them really quite difficult. We’re here to help.

We’ve run three of the models through our tough test labs and been hands on with the new One Macro. Read on to find your perfect Motorola match.

Find out if any of these Motorola phones have earned a spot in our list of the best mobile phones.

Which One should you choose?

The main focus of this range is photography, with each model claiming its own strength to help you capture perfect photos. Read on to find out more about each One.

Motorola One Action (£220) – the One for the videographers 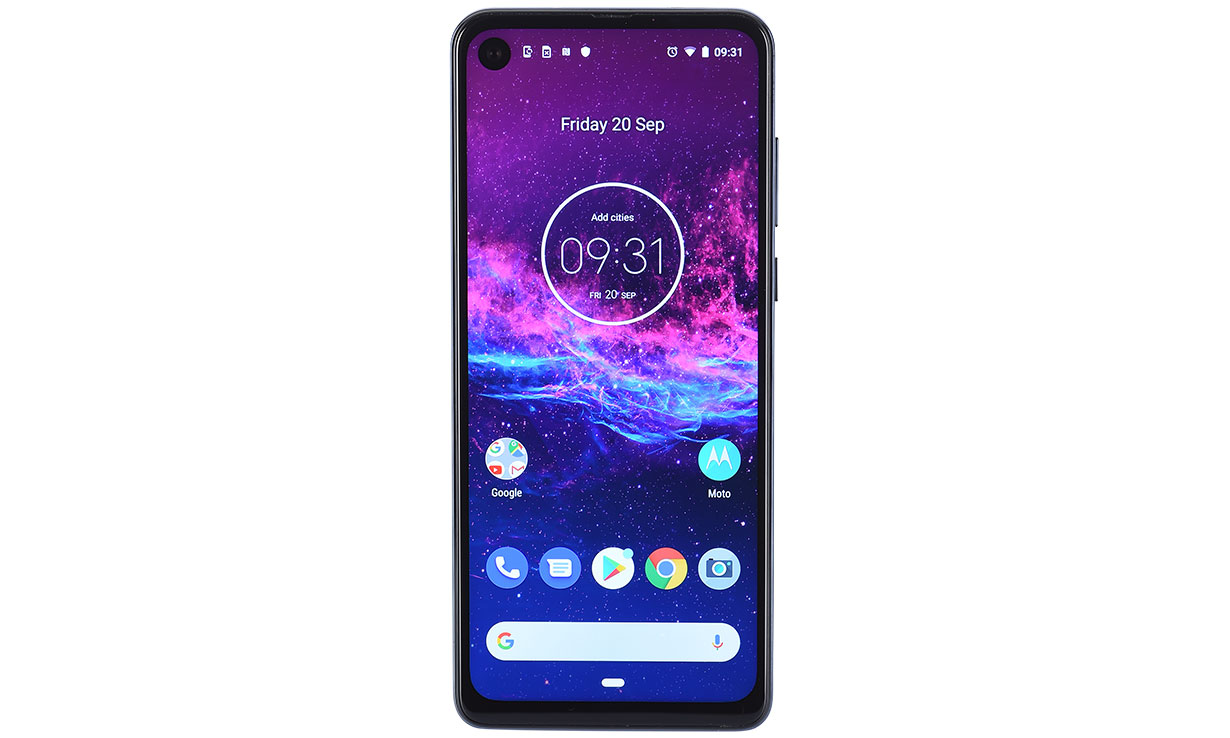 This model hails itself as the ‘industry’s first ultrawide action camera’, sporting a dedicated rear camera for capturing videos with a wide-angle view. Videos are recorded using a 117-degree recording angle, which isn’t far behind the wide-angle lenses of premium smartphones like the Apple iPhone 11 Pro (120 degrees) and Samsung Galaxy S10 (123 degrees).

It has video stabilisation so that even if your movement is jerky when you’re recording, the quality of the video won’t be impacted. Its other camera lenses are a 12Mp wide-angle lens and 5Mp depth sensor on the rear of the phone. It also has a 12Mp wide-angle selfie camera. To top it off, it’s got a large 6.3-inch Full HD+ display (2,520 x 1,080 pixels) for you to watch your video masterpieces on.

In our tests, we put this phone to work to see whether its videos are up to scratch. Read Motorola One Action review to find out the verdict. 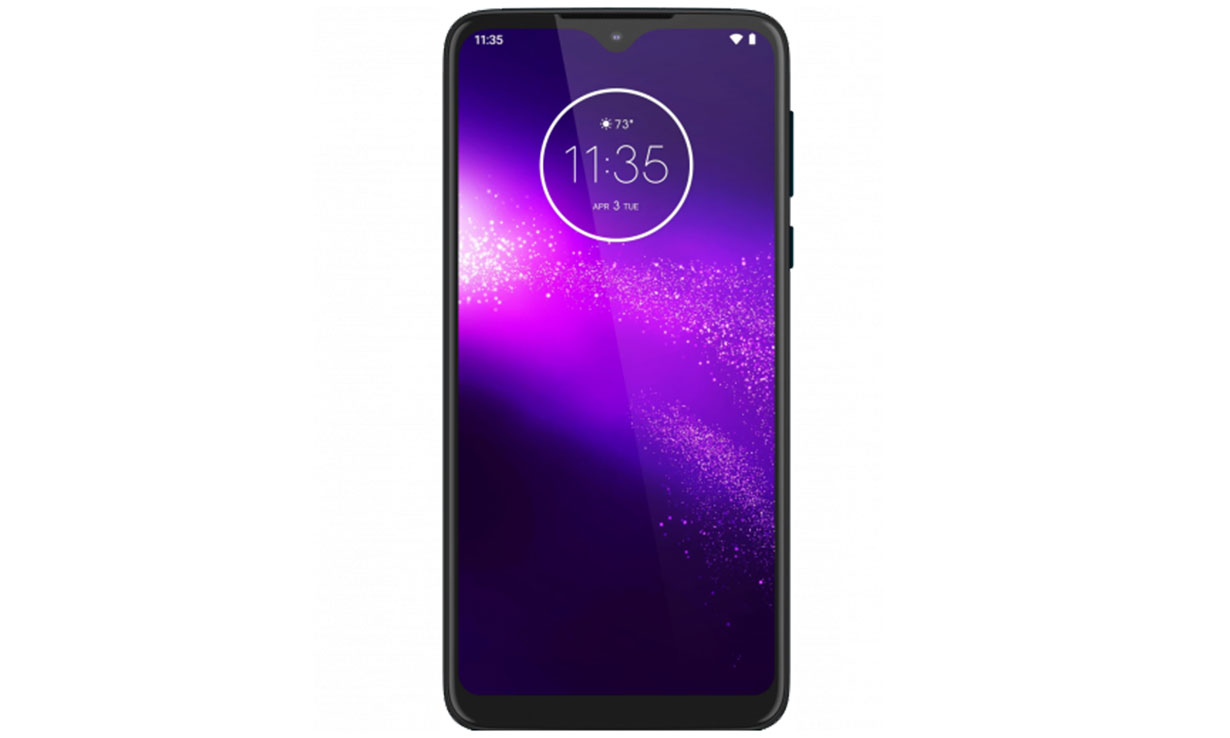 Unlike the One Action, the Motorola One Macro is geared towards a more specialist type of photography. The main talking point on this phone is that it has a 2Mp dedicated macro lens. Macro lenses are typically used for close-up photography so you can capture small objects with as much detail as possible. Macro lenses are particularly handy for shooting wildlife.

To complement its macro lens, the phone has two other rear cameras to form its triple lens array: a 13Mp main sensor and a 2Mp depth-sensing camera. Its selfie camera is an 8Mp lens. The One Macro has a slightly lower-spec display than the One Action: its 6.2-inch display (1,520 x 720 pixels) is HD+ rather than Full HD+.

If you don’t want to invest in a DSLR or mirrorless camera, a macro lens in a smartphone may be a good and cheaper alternative. To find out our first impressions of this phone, read our Motorola One Macro first look review. 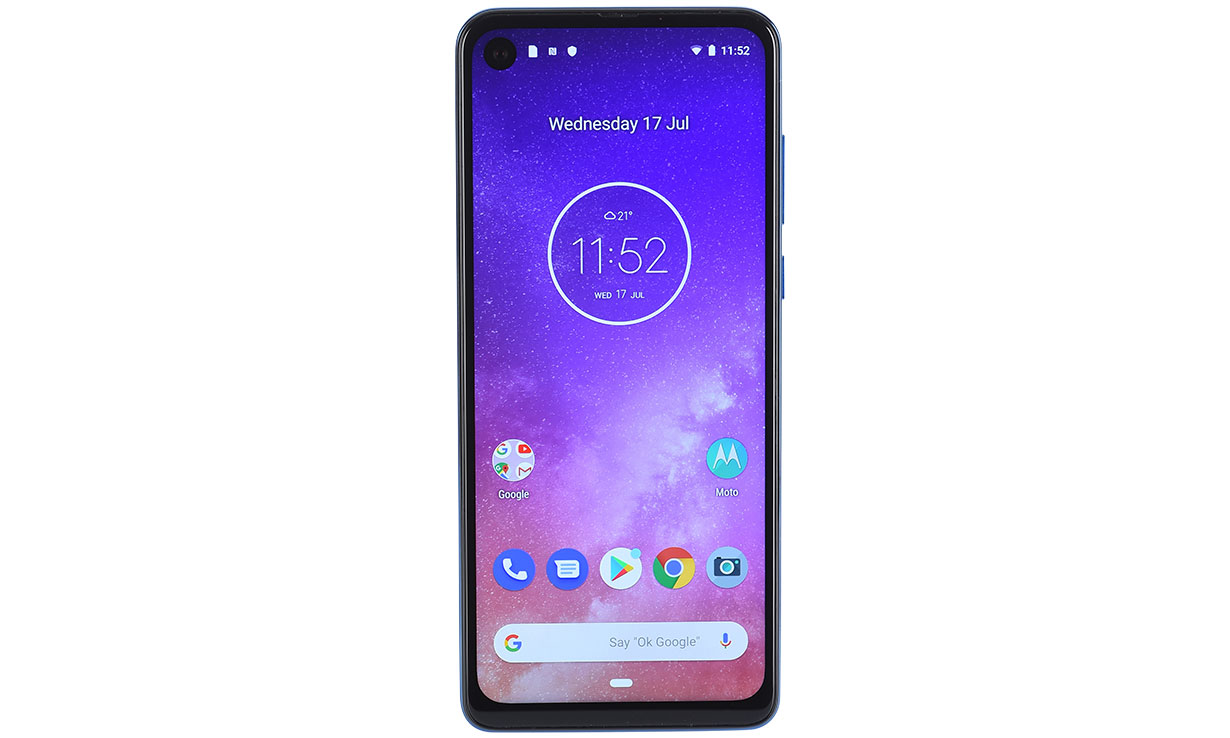 If you’ve ever struggled to take high-quality pictures in bad lighting, the Motorola One Vision wants to be the phone that comes to your rescue. This phone uses quad-pixel technology in its main sensor to reduce noisiness in pictures while also improving brightness. It claims to capture ‘life’s highlights, even in low light’.

But unlike the other Motorola One smartphones, this model is more modest in terms of its camera array.

There’s a 48Mp main camera, which combines four pixels into a large single pixel to deliver crisp 12Mp images. The other camera lens is a 5Mp depth sensor that allows the phone to judge depth and distance when taking pictures in portrait mode. And for your selfies, there’s a 25Mp front camera. The phone touts a 6.3-inch Full HD+ display.

Taking good pictures in different types of lighting is challenging, and our camera tests put every phone through nine different test shots to see how well they do. Our Motorola One Vision review will tell you how well its camera performs. 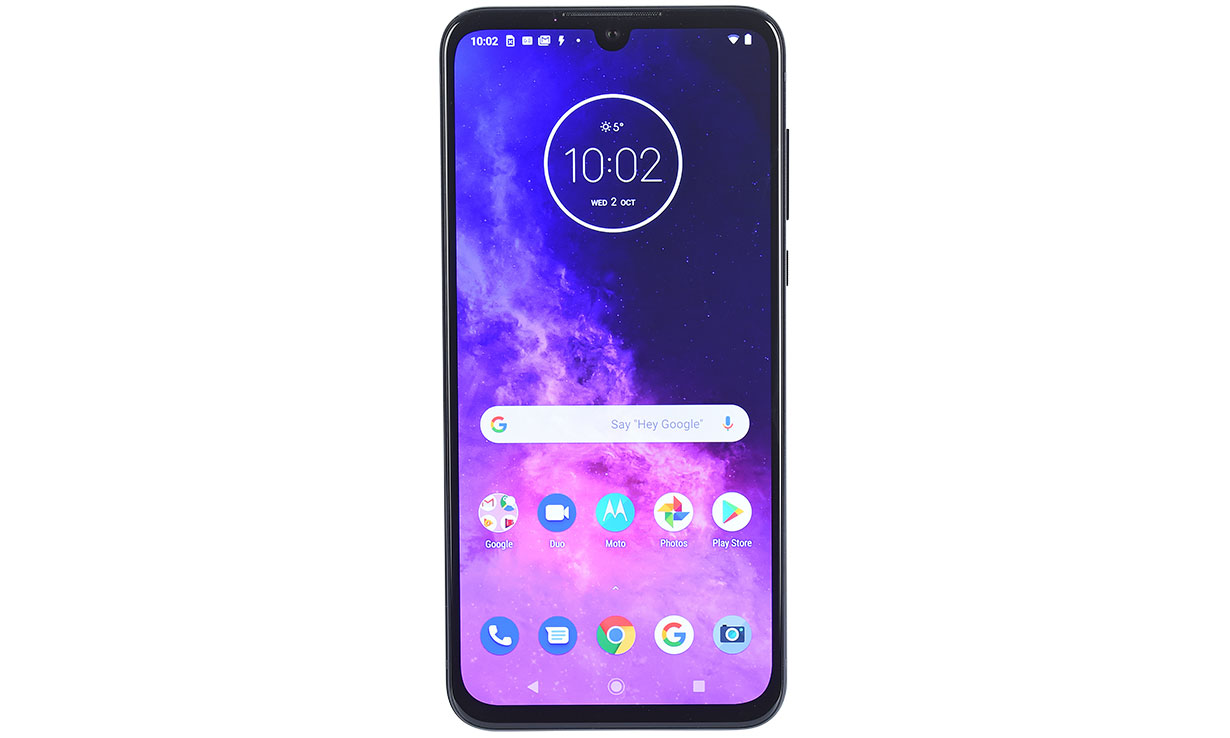 This Motorola smartphone turned heads for its quad camera setup when it was launched. The One Zoom has a lens for every occasion and uses quad-pixel technology to deliver the best photos in different lighting conditions. The first of the four lenses is the same 48Mp you’ll find on the One Vision.

The second lens is a 16Mp ultra-wide-angle lens that will give you a fuller view when you’re taking photos. Third in line is an 8Mp telephoto lens that’s useful for taking pictures where the subject is at a distance, and the final camera is a 5Mp depth sensor. The front camera is 25Mp and you’ll have a 6.4-inch Full HD+ display (2,340 x 1,080 pixels) to look over your pictures.

It’s easy to pack a phone with several lenses, but it’s much harder to make sure that they work together to produce the best pictures. If you want to know whether this Motorola smartphone is worth buying or just a gimmick, read our Motorola One Zoom review.

Is Motorola the best budget brand?

Making a cheap smartphone that actually does the job well isn’t easy, and Motorola has committed itself to this job for years. But with stiff competition from the likes of Honor and Nokia, there’s now quite a lot of choice in the budget market, and unfortunately not all models are up to scratch. 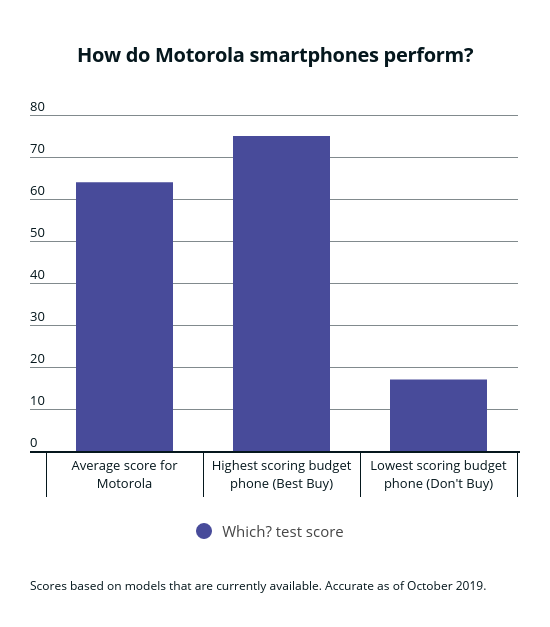 Which? tests can help you make the right choice in the budget smartphone market. We run each phone we review through a rigorous series of tests and do not take price into account when we reach our final score, so it’s a great way to see which bargain products can compete against models two or even three times their value.