The Joie i-Spin 360 is the latest highly anticipated launch from this popular British car seat and pushchair brand.

Fresh back from our tough crash tests and parent user trials, the i-Spin 360 certainly looks appealing on paper, but that doesn’t necessarily mean it’s worth the £280 price.

Here’s what you need to know about this extended rear-facing car seat and similar car seats we’ve tested that also have a rotating or swivel base: 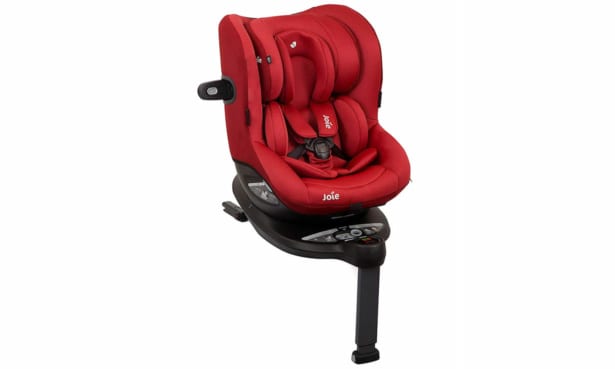 The Joie i-Spin 360 is an i-Size baby car seat, which means that it’s approved to the latest car seat regulations.

It can be used from birth up until your child reaches 105cm in height (or 18kg in weight), which is typically around four years old.

The base rotates 360 degrees, so you can use it rear-facing until your baby outgrows the seat.

Or you can swivel it to turn your baby forward-facing once he or she reaches 15 months old (around 76cm).

Crash tests show that a rearward-facing car seat in a collision puts less stress on the vulnerable head and neck areas of a child, so we’d always recommend rear-facing for as long as possible to provide the best protection in the event of a crash. 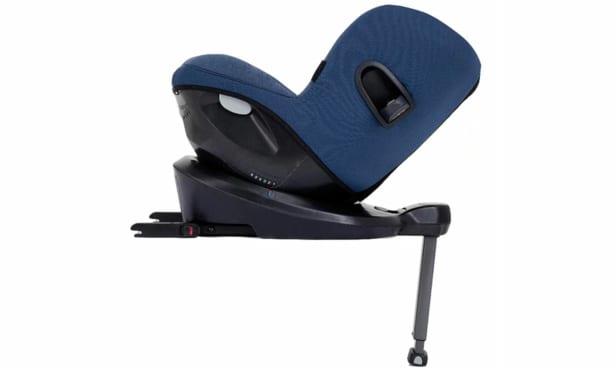 The 360-degree swivel action is also handy because it means you can turn the car seat to face the car door when putting in and removing your little passenger, which will make it much easier and put less strain on your back.

Read our Joie i-Spin 360 review to find out how easy it is to install this child car seat and how comfy it is for your child, and don’t forget to check the star ratings to see how it performed in our crash tests. 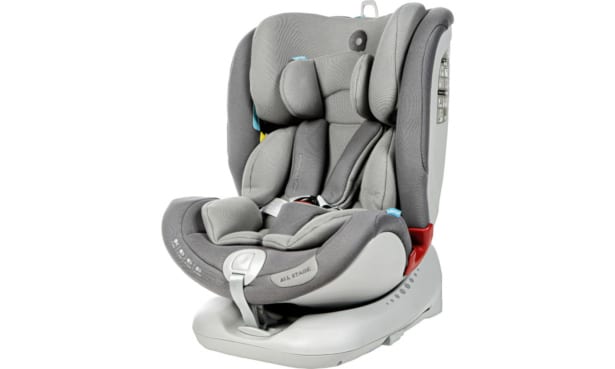 The Apramo All Stage is a multi-group seat that spans Groups 0+/1/2/3, which means it can be used from birth up until your child reaches 12 years old.

It can be rearward-facing up to 18kg, and turned forward-facing from 9kg – although we’d advise parents to keep your baby rear-facing until at least 15 months or longer, ideally.

In our tests we found some issues with this car seat – read the Apramo All Stage review to find out more. 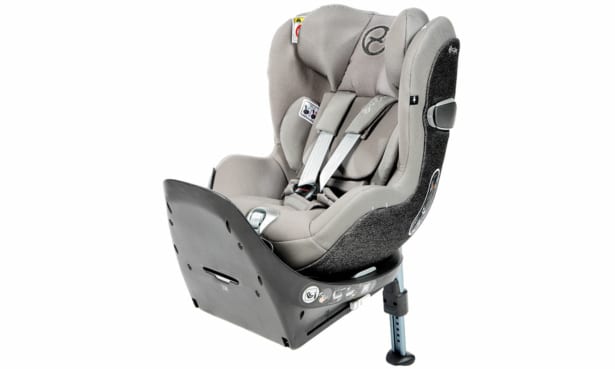 When used with Cybex Base Z, the Cybex Cloud Z i-Size has a 180-degree swivel to help you put your baby in the seat and take them out.

It’s approved for use for babies from 45cm to 87cm tall, which is from birth up to about 18 months old. The weight limit is 13kg, though, so watch out if your baby is particularly heavy or tall.

The Base Z can also be used with the Cybex Sirona Z i-Size, which is suitable from birth up to 105cm (approximately four years old), and the Sirona Z i-Size can rotate 360-degrees to be rearward or forward-facing. 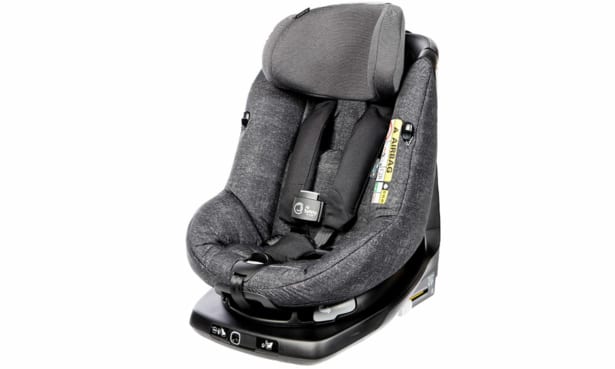 The Maxi Cosi Axiss Fix Air has a 360-degree swivel base so it can be rear-facing as well as forward-facing, but that’s not its only notable feature.

This i-Size-approved car seat is the world’s first child car seat with airbags, which are designed to activate on impact to protect your baby from head and neck damage.

It’s approved for use with children from 61-105cm tall, which is around four months to four years old.

See whether this is the safest car seat we’ve ever tested by checking out our Maxi Cosi Axiss Fix Air review.

Pros and cons of a car seat with 360-degree rotation

Visit our car seat reviews to see all of the car seats we’ve tested, including 20 swivel car seats.