Compact crossovers, including the new Nissan Juke, duke it out against premium and budget hatchbacks as our discerning experts find out which family cars have what it takes. If all this sounds a bit pedestrian to you, we’ve also revved up the striking 340hp Toyota GR Supra sports car.

First up is the all-new Nissan Juke, sporting a more mature, modern styling. It takes on fellow crossover rivals the new Renault Captur and Kia XCeed.

We compare these crossovers to the latest, more traditional alternatives off the production line, including the premium BMW 1 Series and budget Skoda Scala. And, for those looking to the future, we drive the latest all-electric Renault Zoe to see if now’s the time to forgo the combustion engine forever.

Plus we’ve tested the Toyota GR Supra sports car ideal for ultimate fun at the wheel – or a rather nippy school run. And have a heads-up on the next generation, 2020 Honda Jazz.

Our rigorous data-led testing at professional labs go far beyond any other car reviews. Don’t rely on opinion, our lab tests reveal the truth. See our best cars. 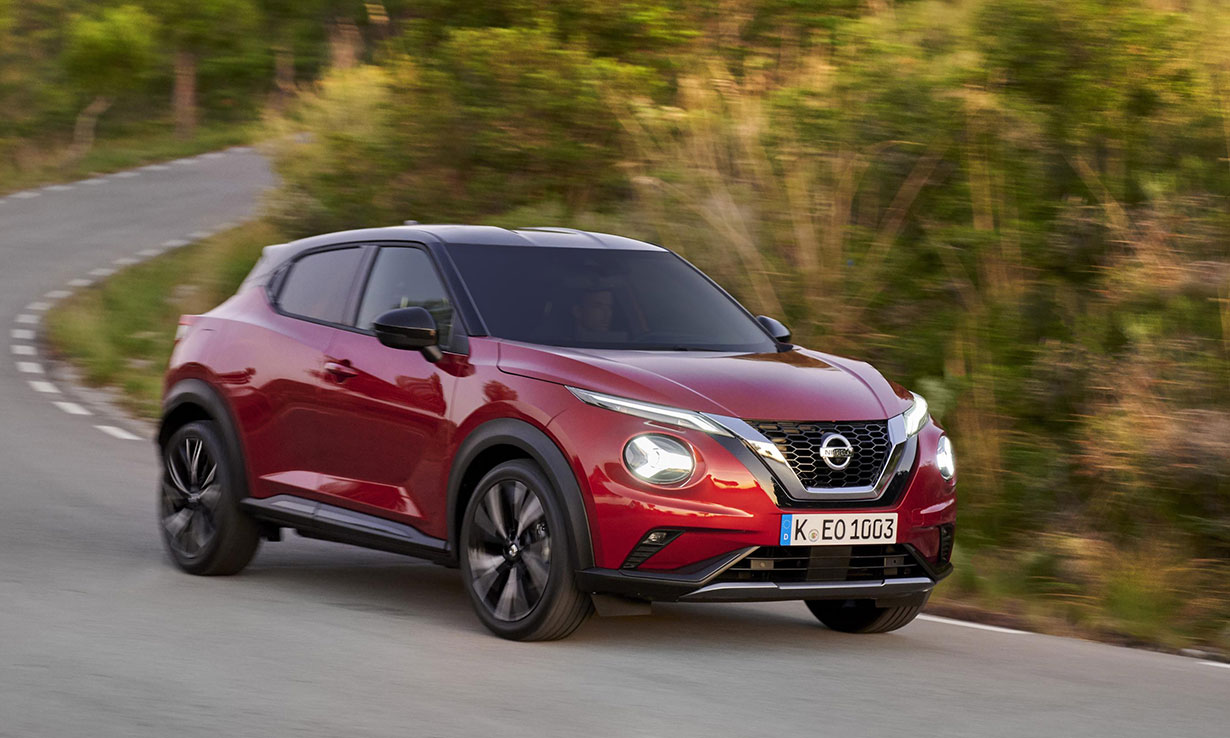 The original Nissan Juke is credited with beginning the compact crossover craze when it launched 10 years ago. It took the industry by surprise and proved a massive success with buyers, alongside the strikingly designed Nissan Qashqai.

The second-generation Nissan Juke, which is one of the biggest launches this year, features more mature and modern styling over its boldly designed, Marmite predecessor.

Now finding itself in the fastest-growing segment of the industry, the Juke has its work cut out to maintain the edge over rivals. And it’s not all style over substance, with upgrades targeted at family buyers.

Rear seat space and everyday practicalities weren’t a strength for the original model – Nissan claims to have addressed this with the new Juke. Advanced safety features have been added to each of the five trim levels as well.

There’s only a single three-cylinder 1.0-litre 117hp petrol engine available at launch, with either a six-speed manual or seven-speed automatic transmission. The latter is now a proper dual clutch automatic, rather than the CVT from the last model.

More engines are coming in the future but, similar to family cars like the Honda CR-V, Nissan’s confirmed there won’t be a diesel engine option for the new Juke as buyers turn away from diesel. A four-wheel-drive version is also unlikely.

So is it a major improvement over the previous version? Our experts give the definitive verdict in our first look Nissan Juke review. 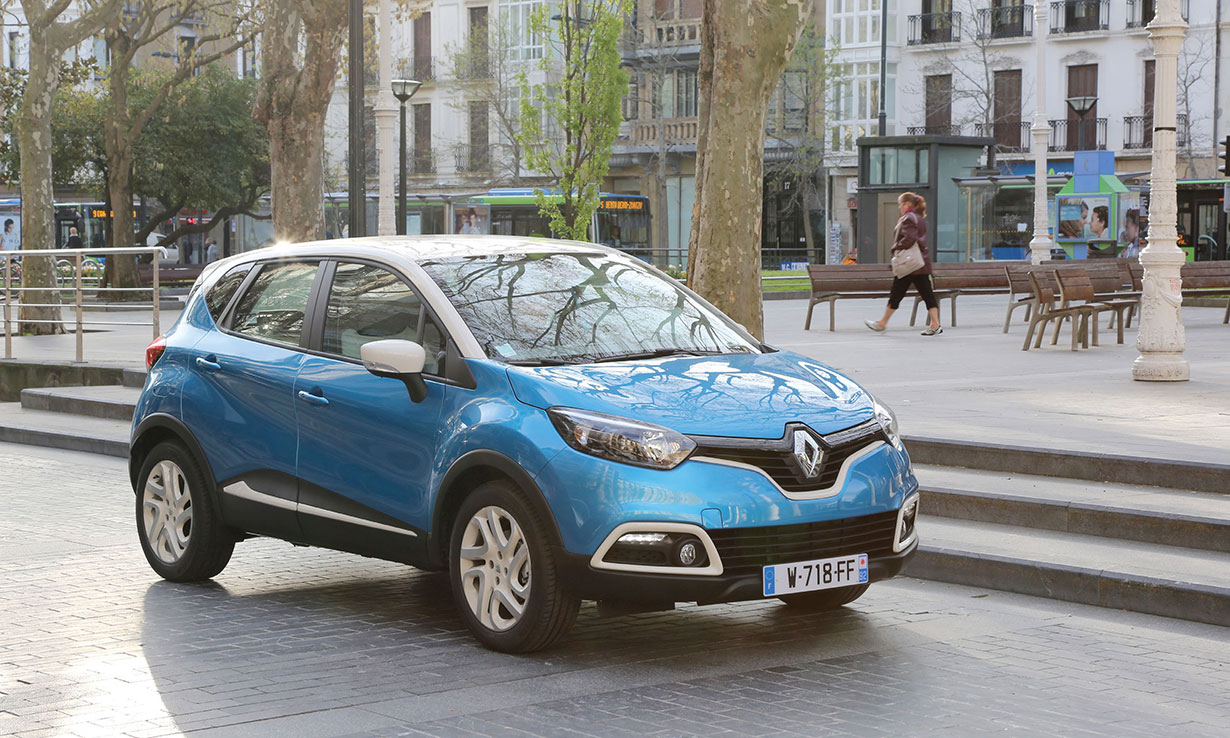 The Renault Captur has proved to be a popular alternative for those that don’t get on with the Nissan Juke’s looks. Now in its second-generation, Renault has refreshed the exterior styling, with LED headlights now standard across the range.

The French firm also promises that the Captur will be ‘lighter and safer’ than its predecessor, with advanced driver assistance technologies on board.

Unlike the Juke, there’s a choice of both petrol and diesel engines, with either manual or EDC seven-speed gearboxes. From 2020, there will even be a plug-in hybrid version, which Renault says is a first in its category.

But is it really all it’s cracked up to be? Our discerning experts put it through its paces in our exclusive first look Renault Captur review. 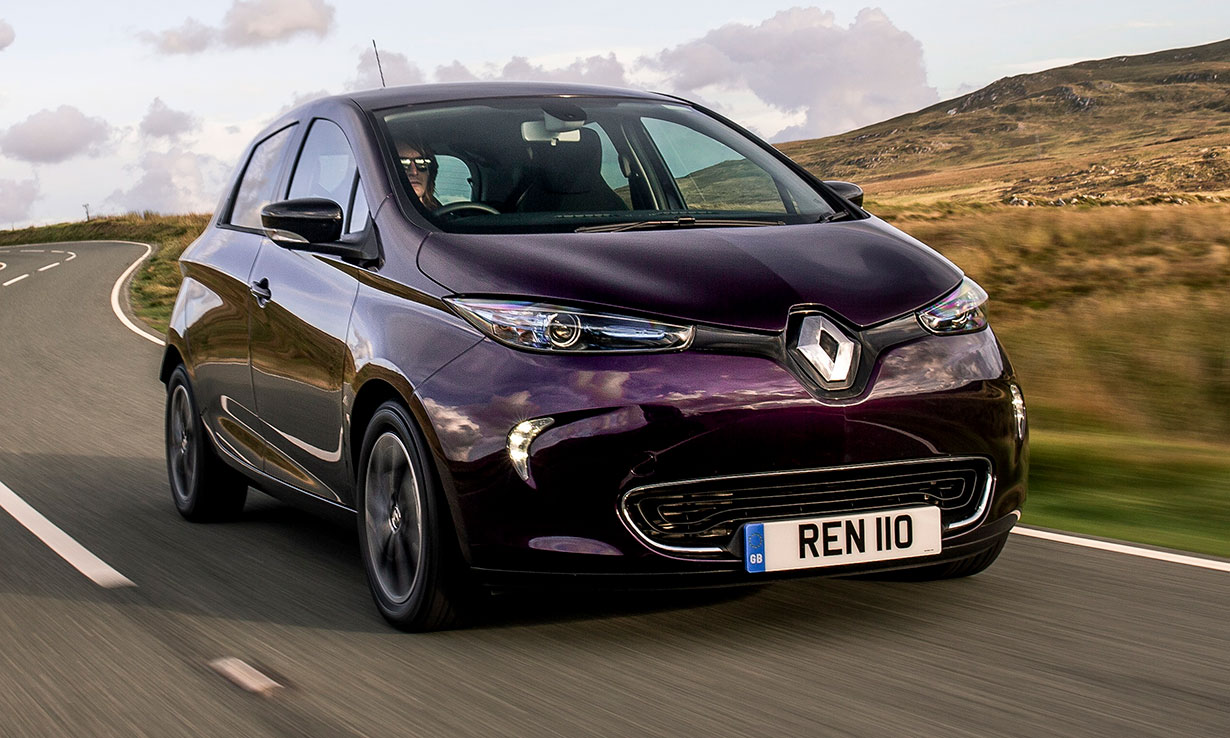 Going electric in 2019 typically comes at a price premium, but the Renault Zoe brings things down to a more palatable price for families.

Plus the claimed official range of 245 miles with the new second-generation model is comparable to vastly more expensive electric cars from Tesla and Jaguar. Renault also promises a more powerful electric motor, and even the possibility of one-foot driving.

Renault also has an impressively redesigned interior too, rewarding those making the switch to an electric car.

Anybody who buys a Zoe will get a wall charging unit installed for free. The 7kW charger will fill the Zoe from empty in nine hours and 45 minutes, comfortably recharging the car overnight.

Is now a sensible time to switch to zero tailpipe emissions? Find out what happened when we drove the car at its launch – see our first look Renault Zoe review. 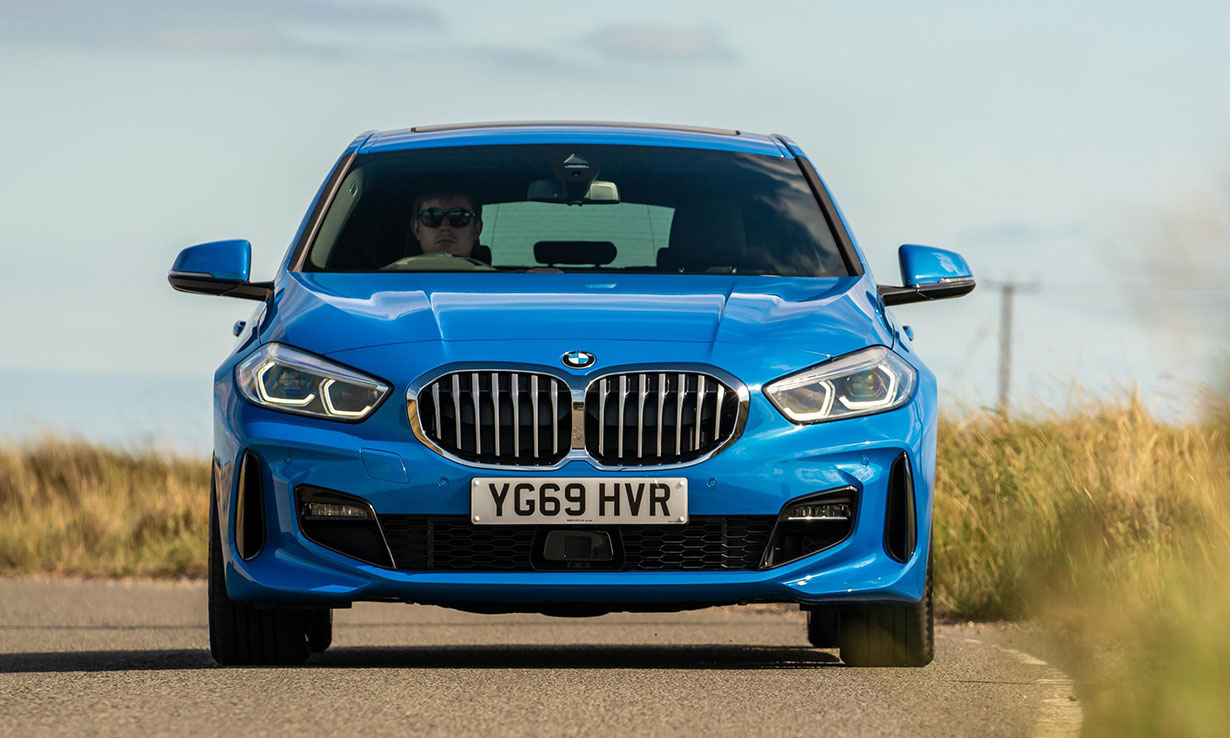 This third generation BMW 1 Series targets greater practicality and everyday use for families. For the first time, the 1 Series now comes with front-wheel drive, which frees up more interior space to make it more practical.

In fact, it’s half a centimetre shorter than its rear-wheel predecessor, the second generation BMW 1, but has more space inside and a bigger boot.

As a premium medium car, the 1 Series competes against Audi and Mercedes hatchbacks – like the Audi A3.

The engine range is a bit limited at launch, with only one standard petrol option, a 140hp 1.5-litre turbocharged three-cylinder engine, available with either a six-speed manual or seven-speed automatic transmission.

Aside from the range-topping M135i, the rest of the engine range includes a three-cylinder 116hp as well as two 2.0 litre engines, offering 150hp and 190hp. The 120d is an exception in being solely available with BMW’s XDrive four-wheel-drive configuration.

Could this be the ideal, practical car for your family, or is the switch from rear-wheel drive a step too far? See our thorough first look BMW 1 Series review. 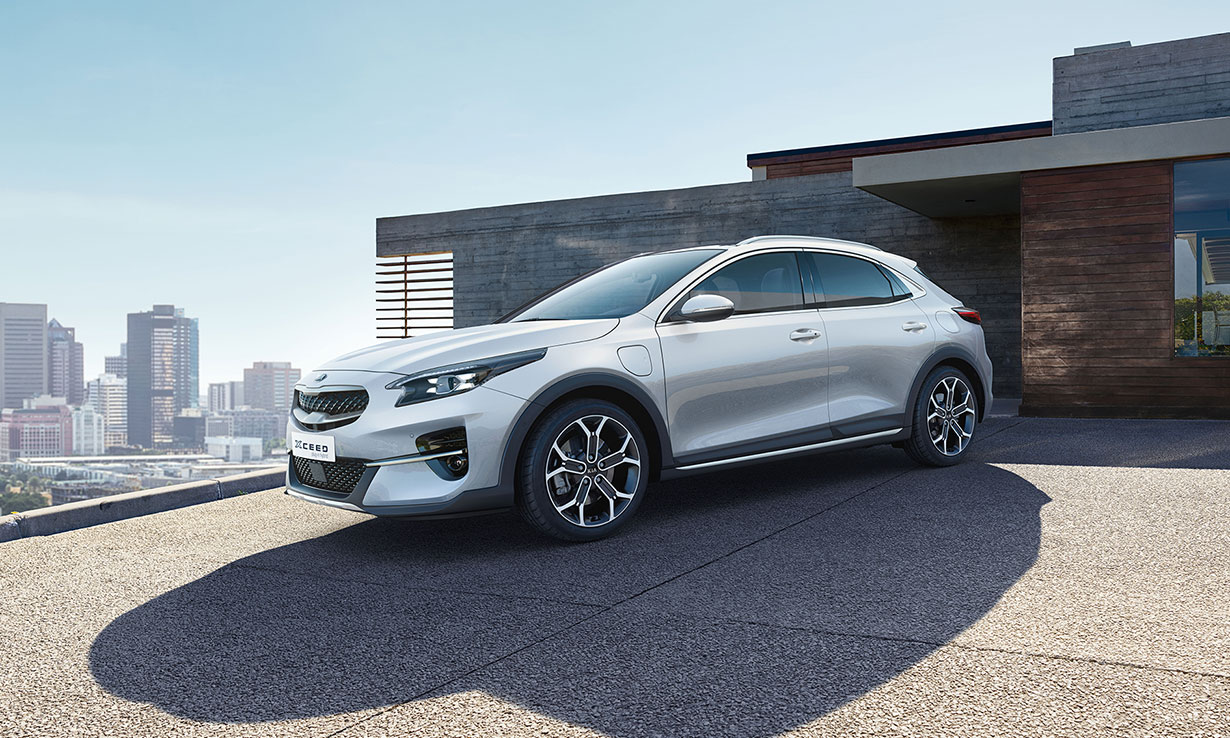 A brand new offering from Kia, the XCeed is the crossover variant of the Ceed family. It’s a touch larger than the Nissan Juke and Renault Captur, offering more space than the regular Ceed hatchback.

Compared with the regular Ceed, it has higher ground clearance, longer overhangs front and rear, and it’s 4.3cm taller. As well as having more trendy, chunky crossover looks.

There’s a choice of three engines:

Every engine comes with six-speed manual transmission, while the 1.4-litre petrol can also be fitted with a seven-speed dual-clutch transmission (DCT). A plug-in hybrid model is also promised for 2020.

Looks more like the family car for you? See whether it has what it takes in our expansive first look Kia XCeed review. 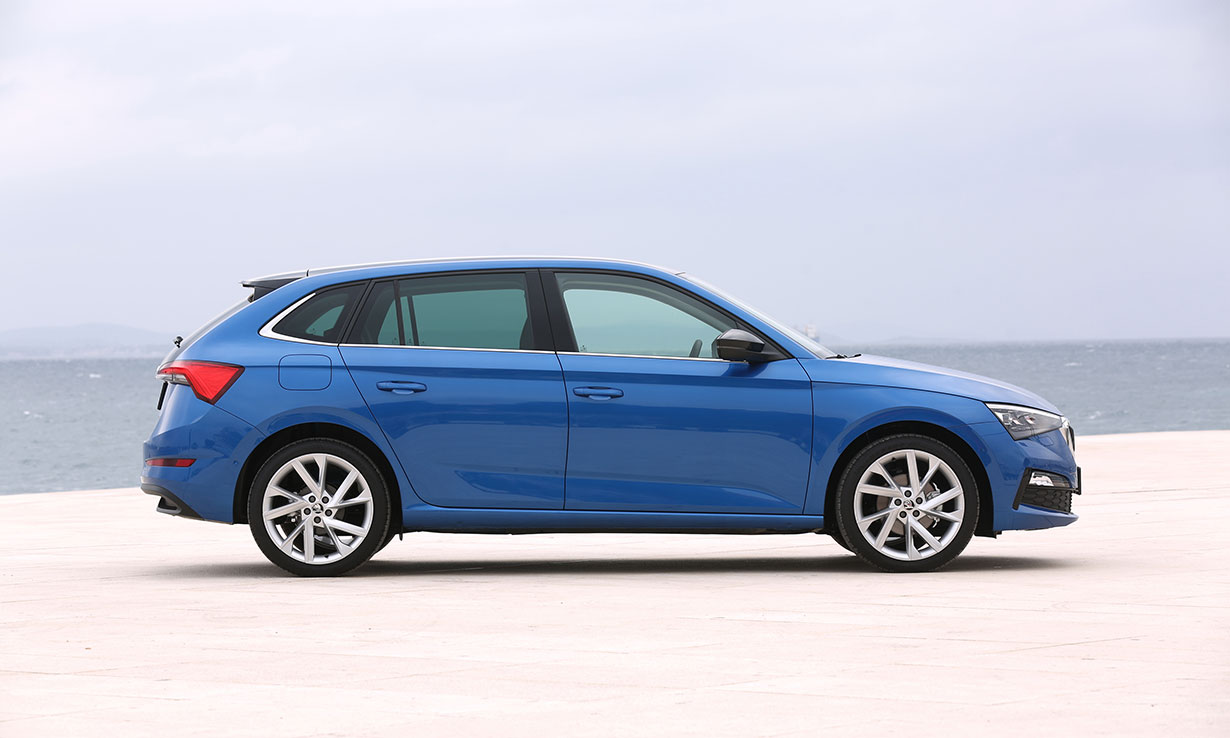 In recent years, Skoda has been diverging from its traditional focus on value for money cars, but the Scoda Scala is clearly a return to bang for your buck.

The Scala replaces the Skoda Rapid, first launched in 2012. It’s a medium-sized hatchback and is based on the same platform as the more expensive Volkswagen Golf.

Inside, the Volkswagen DNA is clear. There’s no skimping on the safety tech either. Trim levels span S, SE and SE L, with all versions come with alloy wheels, air conditioning, DAB radio and Bluetooth.

As you go up the range, you get plenty of snazzy tech, too – including a touchscreen and Apple CarPlay/Android Auto. And an umbrella in the door.

So is this the way to get a Volkswagen Golf on the cheap, or an expensive way to get an umbrella? See what we thought in our exclusive full Skoda Scala review. 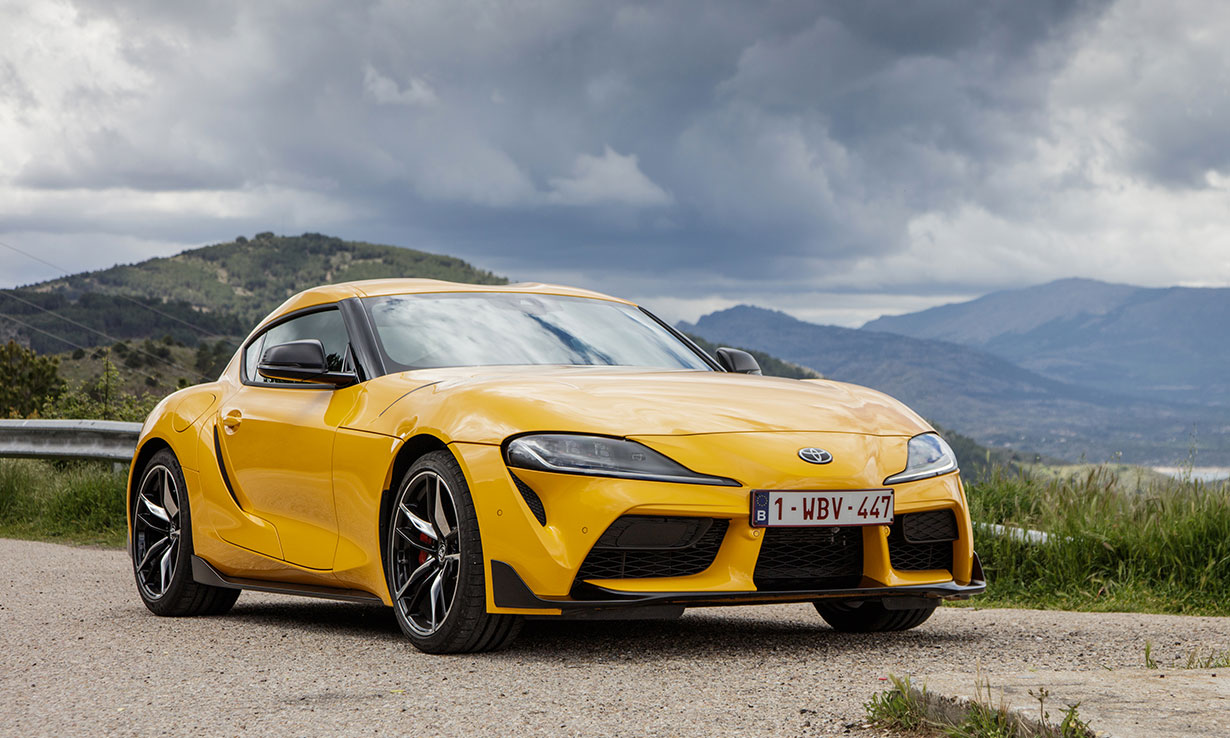 For some, a family car will never be enough – and if you’re going for a second motor you might as well go all-out. Toyota has revived its famous Supra badge for this strict two-seater high-performance sports coupé, co-developed alongside the BMW Z4.

But it’s not just designed for the track. Toyota promises it to be comfortable enough for long-distance travel and offers decent space inside, aiming to provide ultimate fun at the wheel.

It keeps things simple with just one engine and transmission option: a 3.0-litre six-cylinder turbocharged unit with an eight-speed automatic gearbox, offering a thrilling 340hp from its rear-wheel drive.

Find out what happened when we pushed it to its limits in our lab and road tests. See our expert Toyota GR Supra review.

One to watch out for: All-new Honda Jazz coming 2020 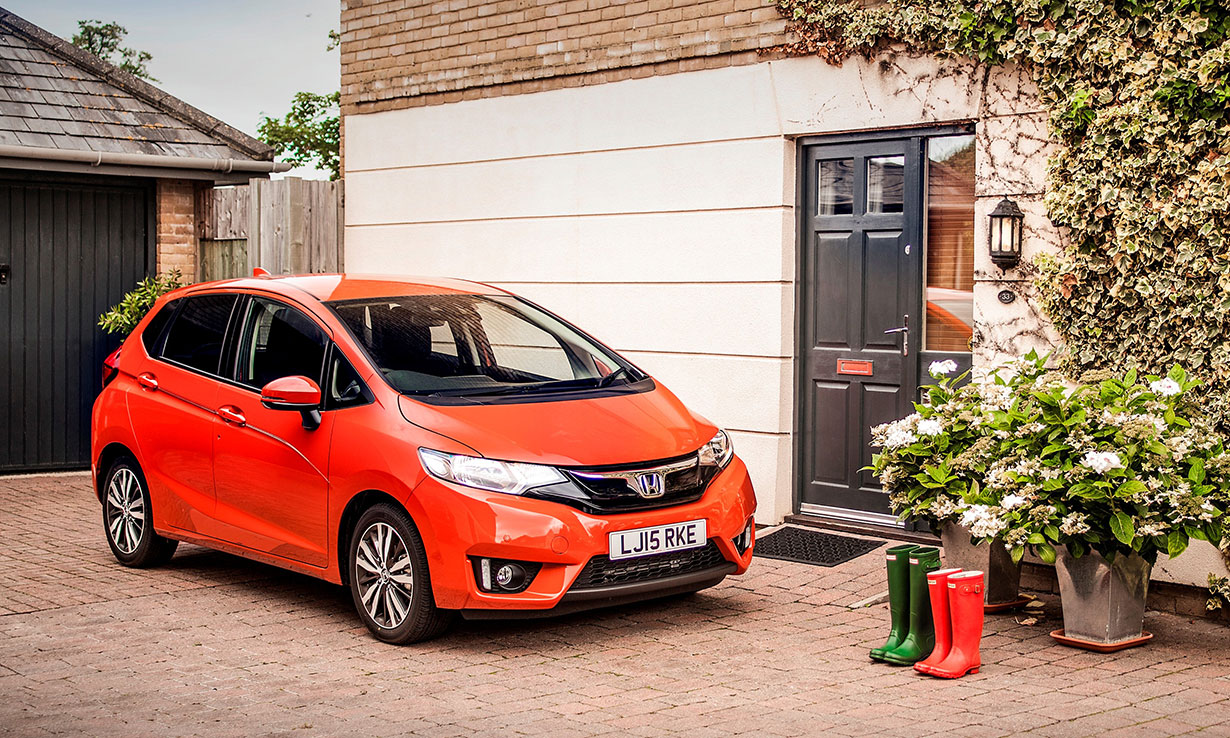 Arriving in 2020, Honda has announced the all-new Honda Jazz will be a hybrid as standard for the first time, as part of its plans for all its ‘mainstream’ cars in Europe to feature electrified powertrains by 2022.

Honda promises it will deliver ‘smooth, direct and responsive’ driving performance as well as ‘impressive fuel economy’. It will be the first Honda to feature Honda’s new ‘e:HEV’ branding, to be used across all its hybrid cars.

Also, to take advantage of the ever-surging popularity of crossover designs, the Jazz will be offered with a ‘Crosstar’ trim. This is aimed at those looking for a more crossover style design, similar to Ford’s new ‘Active’ trims on cars like the Ford Fiesta Active. 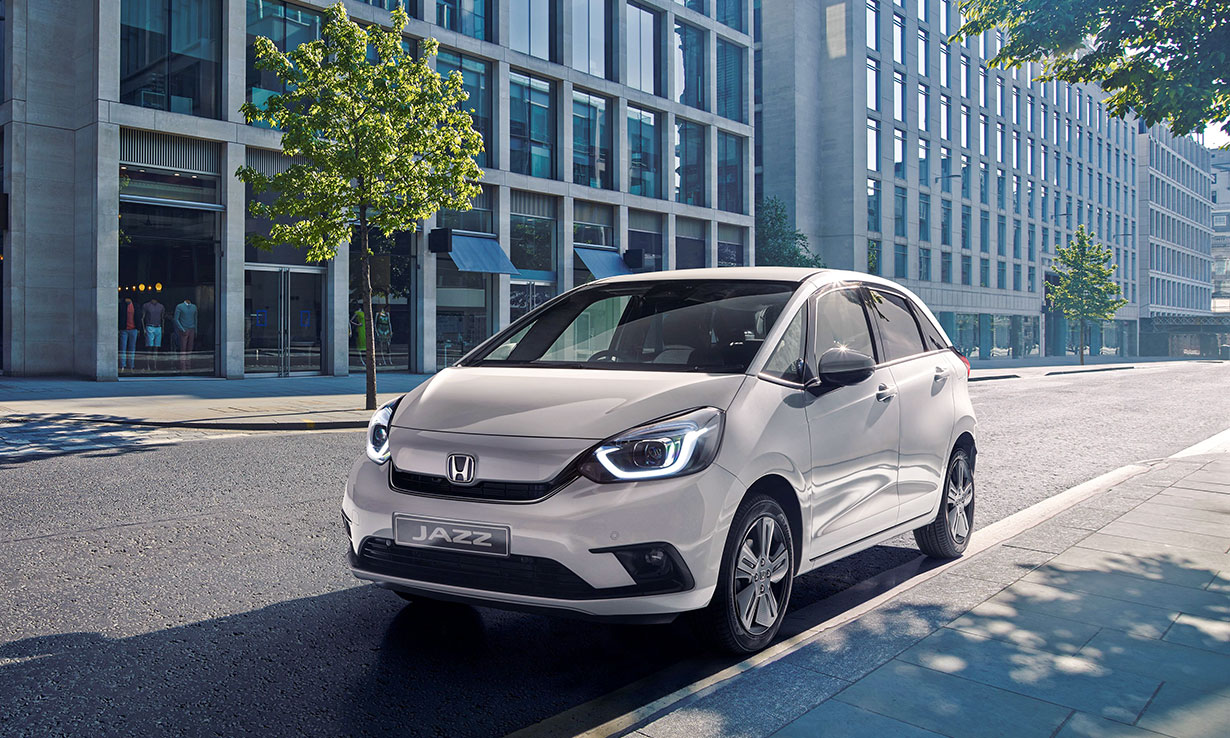 Honda promises the new model will ‘build on the class-leading comfort and space Jazz is known for’, and the A-pillar will also be half the width of that on the previous, third-generation Honda Jazz, improving forward horizontal visibility.

But are Honda cars reliable? We’ve surveyed thousands of drivers to find out – see our most reliable cars tool.