Dash cam apps convert your phone into a dash cam, so you can use it to continuously record while you’re driving. But if it’s illegal to use your phone while driving, could you be breaking the law if you use one? We’ve researched dash cam apps to find out.

Just as sat navs apps, such as Waze and Google Maps, stole the thunder of physical sat navs, dash cam apps are claimed to be the best alternative to dash cams. They’re an inexpensive, or sometimes free, alternative to a physical dash cam, with the same benefits of recording footage while you’re driving.

But what are the rules around using your mobile phone as a dash cam? We’ve spoken to the Department for Transport to find out what the law says, and looked at car insurance policies to see whether you can get a discount on your premium with a dash cam app.

Our extensive lab and road tests allow us to tell you which dash cams provide clear and detailed footage, and which don’t. Take a look at our top five dash cams.

What are dash cam apps?

Dash cam apps convert your smartphone into a dash cam. Using your phone’s rear-facing camera lens, a dash cam app continuously records the road ahead of your car – just as a dash cam would.

These apps have some of the same features that you’ll find on a physical dash cam, including GPS tracking and loop recording (where older videos are overwritten by newer ones).

The best have more advanced features such as speed-limit warnings and forward-collision warnings, to alert you when you’re at risk of hitting the car in front.

There are free and paid-for versions of dash cam apps, with even the most expensive ones only costing up to £5.

What does the law say about dash cam apps?

The Highway Code says that drivers are allowed to use their mobile phone as a dash cam, as long as it’s not being used as a handheld device. So your phone would need to be mounted while it’s in use.

The law currently states that you will be fined and could be disqualified from driving if you’re caught texting or making a call while driving. This left a legal loophole that allowed those who were caught taking photos or recording videos with their phones while driving to evade punishment, as it didn’t fall into the category of actively communicating.

In November 2019, the transport secretary announced that the government was urgently looking to update the law to include acts such as ‘filming […] and scrolling through a playlist’ into the list of prosecutable offences.

While it’s unclear when these changes will come into force, it’s always safest to ensure that your phone is mounted and you don’t use it while driving. Not only does it mean you’re not distracted from the road, but you will avoid any issues with the law.

The Department for Transport says to correctly mount a smartphone, it cannot be more than 40mm into the area swept by the windscreen wiper blades. 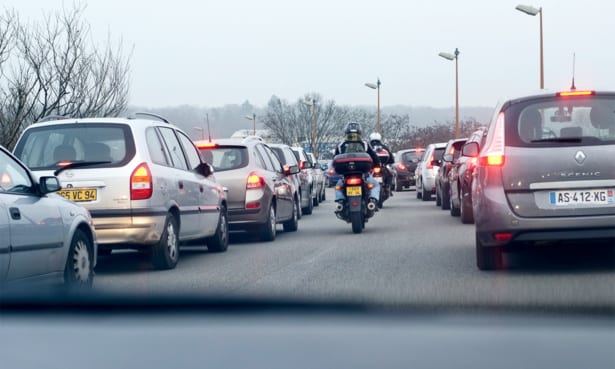 Although it’s not uncommon for mobile phones to come armed with high-resolution rear cameras, lots of megapixels in a camera lens doesn’t always translate to clear, high-quality videos.

Looking for a phone that records detailed, high-resolution videos? We test phones for features such as low-light accuracy, detail, and ability to capture movement. To find out more, take a look at our mobile phone reviews.

The best dash cams are specifically designed to capture movement without blur, and to handle glare. This ensures that sunlight or street lights don’t disrupt recording quality. Mobile phones aren’t equipped in the same way, so your footage could be affected by different lighting conditions.

But not all dash cams can record high-quality videos. We’ve tested models that struggle to capture detail, making it impossible to read number plates in night-time footage. If you want to know exactly which dash cams to avoid, head to our Don’t Buy dash cams.

What do insurers say about dash cam apps?

For some drivers, it’s not enough of an incentive to splash out on a dash cam as a precaution in case they’re involved in an accident. What’s more convincing is that you can get a discount on your insurance premium just for using one.

The likes of Admiral, Axa and Diamond offer discounted car insurance to drivers who have a dash cam installed (different rules apply to each insurer).

We spoke to Axa (which also owns Swiftcover) about whether it still offers a discount to owners of dash cam apps.

It confirmed that its policy requires drivers to have a dash cam installed in their car. While this doesn’t exclude apps, drivers must ensure that their phone is installed correctly, and it can’t be used as a handheld device.

Three ways to make sure you choose the best dash cam 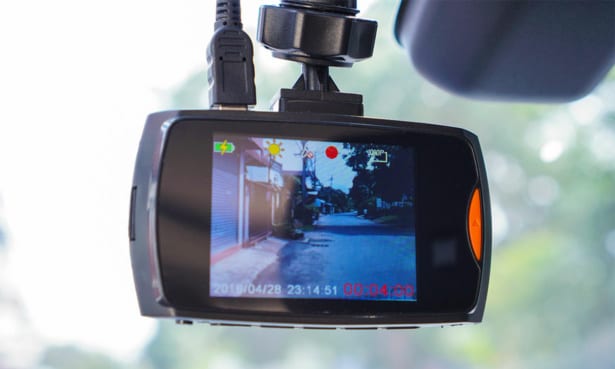 Choosing a dash cam isn’t as easy as going to Amazon or Halfords to buy the cheapest or best-looking model. That’s why we independently buy and lab-test dash cams to make it easier for you to shortlist the most reliable models on the market.

Here are our three top tips to help choose the best dash cam for your budget.

Most people think that the more you spend, the better the product. But when it comes to dash cams, we’re very pleased that our testing has proved otherwise.

We’ve tested dash cams that cost hundreds of pounds but failed to make the grade as Best Buys. On the other hand, our cheapest Best Buy dash cam costs only £62. Head to our best dash cams to find out which one.

2. Footage quality is the most important feature

The be all and end all of any dash cam is how well it records footage.

One that captures clear and sharp videos will ensure you have the best evidence possible to submit to your insurer. A good rule of thumb is that any dash cam you consider buying should record in at least HD (720p) but preferably Full HD (1080p).

3. Some advanced features are important

Having GPS tracking to see your exact location in footage, or wi-fi which allows you to wirelessly send videos to yourself, can be really beneficial.

While other extras such as voice recognition and speed-camera warnings aren’t essential, they may also come in handy if you don’t already have them with your car, so it’s worth browsing common dash cam features to see if any are of interest to you.

If you want to find out more about selecting the perfect dash cam for you, our guide on how to buy the best dash cam will give you all the information you need.