The Silvercrest SAS87 will be making its appearance in the middle aisle of Lidl on 29 December, but ‘middle of Lidl’ special buys can be a mixed bag. We got our hands on one in advance, to find out if it will keep you fit, or frustrate.

If you’re planning to commit to a new fitness programme in 2020, or even just to get a little bit more active, you might be toying with the idea of a fitness tracker. But, if you’ve never owned one before, it’s likely you won’t want to splash out on a top-of-the-range Samsung, Garmin or Fitbit. Could the Silvercrest SAS87 Activity Tracker be just what you’re after?

Read on to find out what this tracker offers in terms of features, and how that compares with other cheap trackers on the market.

Phone compatibility: iOS 9.0 or later and Android 5.0 or later

On sale from: 29 December, while stocks last 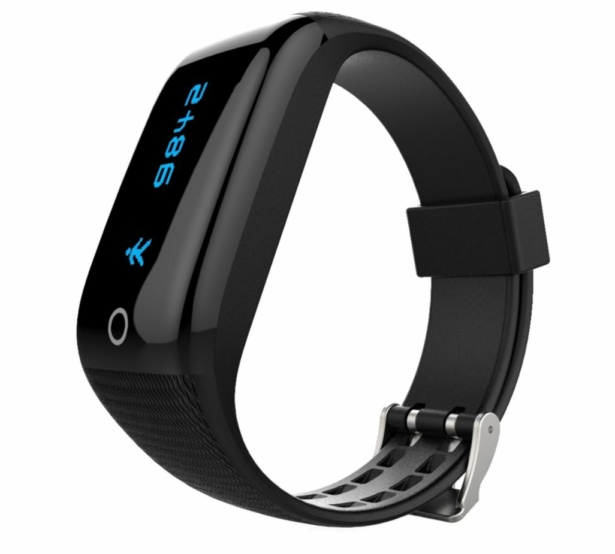 Lidl Silvercrest SAS87 Activity Tracker – what features does it have?

You wouldn’t expect anything too spectacular from such a cheap wearable, but we were pleasantly surprised to see that it does have heart-rate monitoring and sleep tracking.

You’ll also get motivational reminders to move if you’ve been sedentary for a while (you can turn these off if they just become a nuisance), but if you’re a swimmer, remember to take it off when you hit the pool, as its waterproof rating is only IP67 – it can handle being splashed or dropped briefly in water, but nothing beyond that.

Designwise, the Silvercrest SAS87 is appealing. The strap and screen look more premium than you’d expect from a £20 tracker.

It doesn’t have a touchscreen; instead there’s a tap-button which you use to cycle through the displays and see stats such as progress towards your daily goals. You can then get more data through the accompanying HealthforYou app (which also pairs with Lidl smart scales, if you own those and want to see all your data in one place). Some of the previous Lidl trackers we’ve tried out haven’t had screens at all, so this is a definite step up.

We don’t often put Lidl products through our lab tests, because they simply don’t stick around in stores for long enough. But we do get hands-on with them and try them out in the office and at home, so we can give you our impressions based on our expertise.

Is a cheap fitness tracker the right choice? 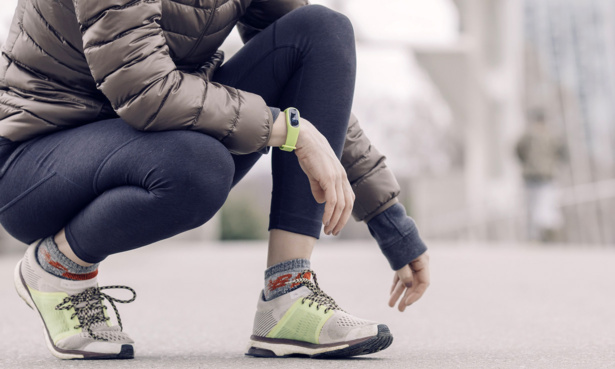 Generally speaking, a cheap fitness tracker will give you the basics: step count, calorie burn, distance tracking (based on step count) and notifications for calls, social media updates and texts.

These features are pretty ubiquitous. What you probably won’t find on a cheaper tracker, are a touchscreen – many just have tap-screens, and some don’t have a screen at all, or a colour screen – many are monochrome. Few have built-in GPS, exercise-specific metrics (expecting ‘running’ as a catch-all term for all exercise), a sophisticated accompanying app or the ability to reply to calls, social media updates and texts. 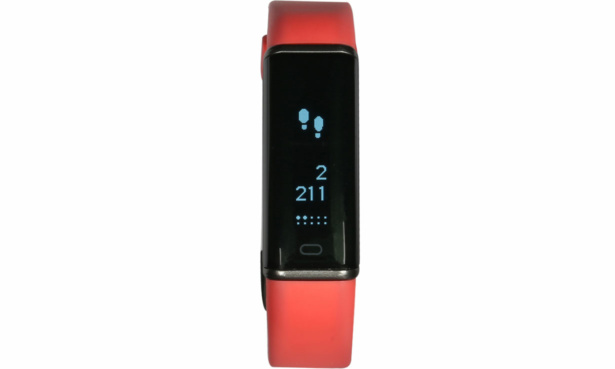 The screen and strap on a cheaper tracker are likely to be of lesser quality and than on a more expensive one, and have text and icons that look quite dated.

If you’re a bit sceptical of fitness trackers, and you’re not sure if you’ll really get on with one, then a cheap tracker can be a good way to dip your toes in the water before fully committing. That said, if a model is  uncomfortable to use and miles off in terms of accuracy, then it will just have the opposite effect, and deter you from using trackers.

Our reviews can help make sure you’re picking up a bargain that will genuinely help you achieve your goals.

Which? reviews of cheap fitness trackers

One thing’s for sure – you won’t find many fitness trackers as cheap as the Silvercrest SAS87. But we’ve rounded up a couple of other options if you want to get in shape without spending a fortune.

All the below models can be used for tracking your steps, distance and calories. Here’s what you’ll get beyond the basics: 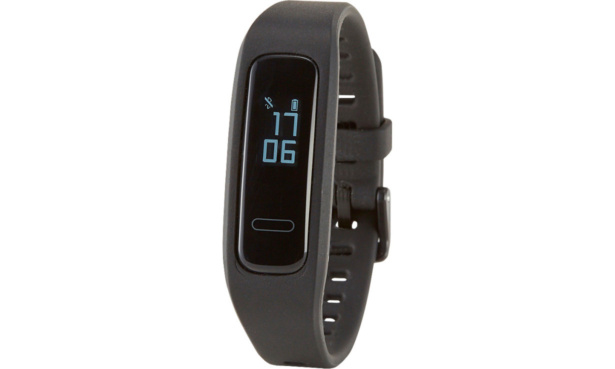 Huawei has produced a number of quite cheap fitness trackers, and the Huawei Band 3e is quite an unusual one. It doesn’t offer much in terms of smart notifications and features, nor, on the other end of the scale, to competitive runners (there’s no GPS or heart-rate monitoring). Yet it does offer a surprisingly wide range of running data, including foot strike pattern, average ground contact time, average swing angle and suggestions on posture and positioning to help you avoid injury and improve your performance.

To get all this, you’ll have to take it out of its wristband and clip it to your shoe – which obviously precludes checking your stats, or the time, as you go along.

It’s one to consider if you’re a keen beginner who’s happy to take your phone out running with you for the GPS. 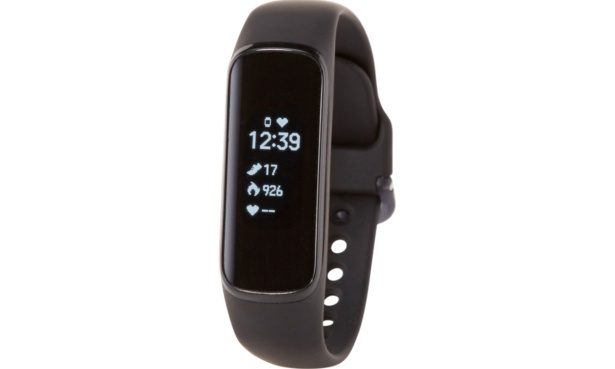 If you want more of an all-rounder, the Samsung Galaxy Fit e might appeal. Until recently, Samsung hadn’t produced any trackers that were so cheap, but this one acts as direct competition to the likes of Huawei (above) and Xiaomi (below).

The Samsung Galaxy Fit e has heart-rate monitoring and sleep tracking. And it’s water-resistant to 50 metres, meaning you’re safe to keep it on in the pool.

On the downside, there’s no built-in GPS. And we did find the strap quite rigid when we tried it out, so we’d advise trying it out in store before buying if you can. 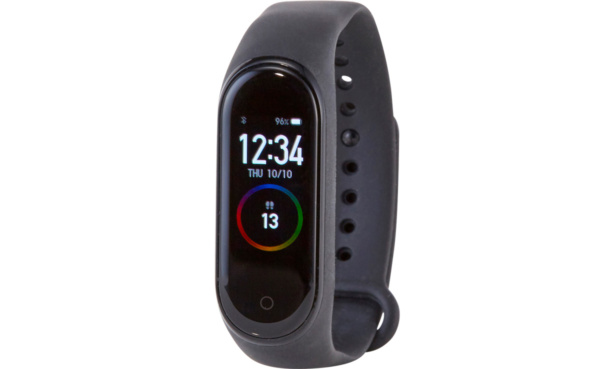 Another quite simple fitness tracker, this time from Chinese brand Xiaomi. You won’t find it on the high street, so you’ll need to order it from Amazon or another online retailer.

It’s fairly generic looking, so it’s hard to get excited about its appearance. It does have heart-rate monitoring and sleep tracking, though and, in contrast to the Samsung Galaxy Fit e, we found this one comfortable to wear. However, there’s no built-in GPS here either.

Its predecessor, the Xiaomi Mi Band 3, was a decent budget option, but had a few flaws, including a screen that was easily scratched. Read our Xiaomi Mi Band 4 review to find out whether Xiaomi has improved the screen for this one. 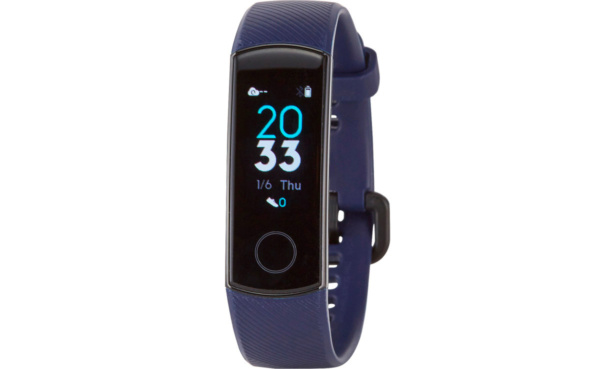 Another surprisingly feature-packed budget model. The Honor Band 4 offers heart-rate monitoring, sleep tracking (including the ability to detect common sleep problems, which you can then report to your doctor, for proper investigation) and VO2max predictions.

It also goes beyond water resistance to give you swim metrics.

As with some of the others here, there’s no built-in GPS.

Tempted? Read our full Honor Band 4 review before you buy.

Head to our site to discover Which? Best Buy fitness trackers and other Aldi and Lidl offers.

HP Neverstop printers reviewed: can they really deliver 5,000 prints on a single tank?