After a little over a year operating as its own brand, Realme has truly made a name for itself. Its ambition is to offer affordable technology to the market, that’s both stylish and high performing.

We’ve put its newest phone, the Realme 5 Pro, to the test, to see how it competes with budget rivals, including its predecessor, the Realme 3 Pro. With most of its smartphones retailing for under £200, Realme certainly looks well placed to challenge the likes of Motorola and Honor for a slice of the budget mobile phone market.

To find out whether a Realme smartphone made it into our hall of fame, browse all the best mobile phones from our tests.

Is the Realme 5 Pro the best cheap phone? 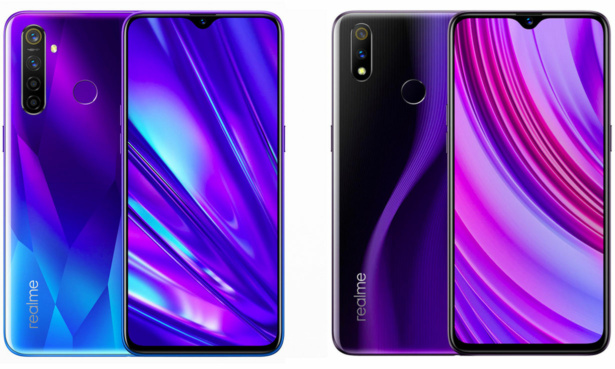 There may only be £20 in it but there are quite a few specs that separate these two phones, namely their cameras and processors.

That said, there are similarities. On both models, you’ll get a 6.3-inch Full HD+ display, which is a very good size for phones under £200. Considering that premium players like the Samsung Galaxy S10 (£899) and Google Pixel 4 (£669) both have smaller displays – 6.1-inches and 5.7-inches respectively – that’s notable.

Realme generously packs a huge battery into each of these phones – 4,045mAh in the 3 Pro and 4,035mAh in the 5 Pro. We’ve seen some super-charged cheap smartphones this year, particularly when Motorola launched the moto g7 power (£179) with a 5,000mAh battery, but budget phones typically have batteries around 3,500mAh or less.

Their final undifferentiated feature is Ram (Random Access Memory), which essentially manages how much short term memory a phone has to store data and run applications.. Both run on 4GB.

For a phone of this price, 4GB is reasonable. Most premium phones hitting the market now come armed with 6-8GB, which is to be expected as more powerful phones need extra memory to run.

This is where the similarities end though – the Realme 5 Pro has some new tricks up its sleeve that could make it a more tempting purchase.

The Realme 5 Pro doubles the number of camera lenses on the 3 Pro, almost offering a lens for every occasion. Its 48Mp wide and 8Mp ultrawide angle lenses will be ideal for holiday photos, so you can more accurately capture scenery and landscapes. The 2Mp macro lens, which is one that we’re starting to see on more phones, will be for those all-important close-up shots (such as wildlife) while the 2Mp depth sensing lens will help with taking photos in Portrait Mode.

On the other hand, the 3 Pro has a 16Mp main lens and 5Mp depth sensing one. On their front, the 5 Pro once again trumps the 3 Pro with a 25Mp lens compared with a 16Mp one. 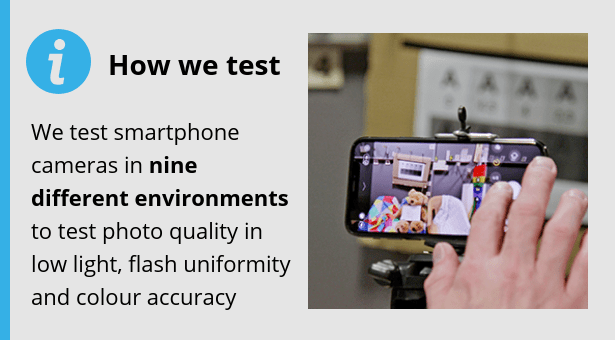 Although a newer processor doesn’t guarantee better performance, it’s more likely that a phone running on one will be more powerful.

The 5 Pro uses the Snapdragon’s 712 processor, which claims to render graphics 10% faster than Snapdragon 710, the chipset that you’ll find in the Realme 3 Pro. In general use, you’ll usually find phones with faster processors to be a bit snappier, with less delay when switching apps and performing multiple tasks. It may not always be too apparent, but if you plan to keep a phone for a long time, a faster processor is always an advantage.

Having more internal storage is always a plus. The lowest configuration Realme 5 Pro comes with 128GB, and the equivalent 3 Pro has 64GB. A larger internal storage capacity saves you the faff of having to buy a micro-SD card for more, while also saving you some money as well.

That said, both of these Realme’s come with a micro-SD card slot with up to 256GB expandable storage capacity, if you need it. 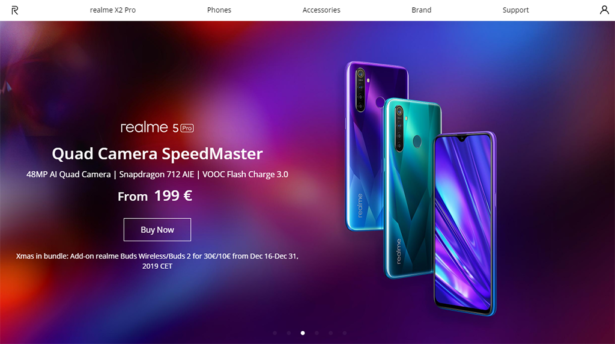 Where can I buy a Realme phone?

Realme began as a sub-brand under Oppo, which in itself is relatively new to the European smartphone market. Both Oppo and Realme sit under BBK Electronics, a mega electronics firm that also owns the successful premium smartphone brand, OnePlus.

If you are considering buying a Realme smartphone, it’s worth noting that the brand launched in Europe in May 2019 so for UK customers, you’d need to buy its smartphones directly through the Realme European online store. This also means that to use it in the UK, you’d need a Sim-only contract.

There is no delivery cost when ordering the phone online and delivery time is typically 3-4 days. Realme offers a limited warranty on its phones for a period of 24 months, starting from the date of delivery. Some exclusions such as damage resulting from excessive force and general wear and tear are not included. For further information, see Realme’s terms of sale.

Which other cheap phones should you consider?

Realme might be the new kid on the block, but it’s not the only manufacturer turning out affordable smartphones. Motorola is one of the most well-known budget names, but long-serving brand Nokia, as well as Honor, are also committed to delivering good quality smartphones for low prices.

We’ve recently reviewed the newest launched from these manufacturers – read our thoughts below to find out how they did in our tests. 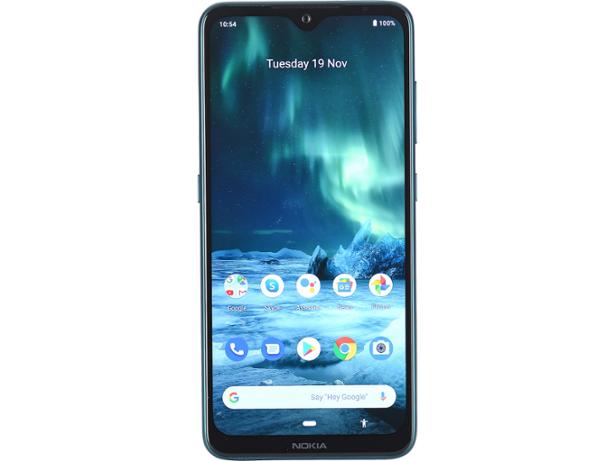 If the Realme 3 Pro tickles your fancy, the Nokia might be one to look at as well. There are a few parallels between the two including their 6.3-inch Full HD+ display – although the 7.2’s display has a slightly lower resolution – 4GB of Ram and 64GB of storage.

What might tempt you in Nokia’s direction is its new ultra-wide-angle lens that takes it a step above its predecessor, the Nokia 7.1. Finishing with a total of three rear camera lenses (48Mp, 8Mp and 5Mp) and a dashing design, this phone is worth a closer look.

Our Nokia 7.2 review reveals whether it lived up to our expectations. 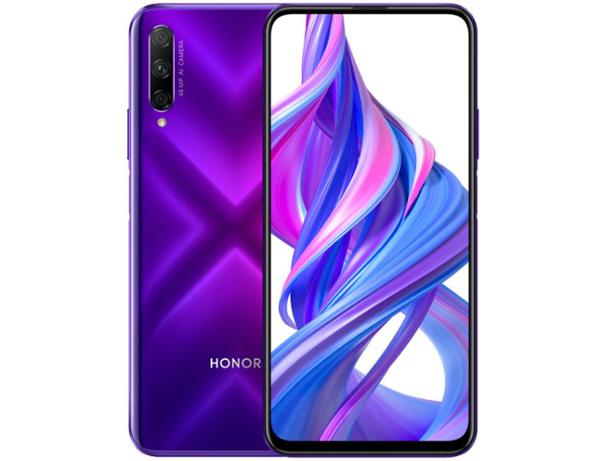 Nokia might not have caught your interest but the Honor 9X probably will. It has a huge 6.59-inch Full HD+ display, that’s far bigger than most other phones in its price range. Not to mention that the display is ‘FullView’, meaning that it has minimal bezels and the lenses don’t disrupt it, thanks to its motorised pop-up camera.

Try as you might to not get blinded by its beautiful display, the sound of a 4,000mAh battery and a triple rear camera array will likely still leave wanting to know more. We certainly did so we sent it to our test labs to get the final verdict.

To find out how it did, head to our Honor 9X review.

For more budget bargains, read our guide to the best cheap mobile phones.