While most of the TV world focuses on making bezels thinner and stands more inconspicuous, Samsung has taken the opposite approach with two of its ranges: The Serif and The Frame.

With its bulky plastic base that looks more like a window frame than a TV bezel, The Serif makes a statement in your front room and is designed to draw your gaze when it’s turned off just as much as when it’s turned on.

The Frame is, too, but in a different way. With a choice of physical picture frames to snap onto the screen, these TVs are designed to be wall mounted and indistinguishable from a work of art when you aren’t watching something.

Unconventional, enticing and unique, these TVs certainly turn heads. But with high prices for their size and spec, are they worth paying a premium for? 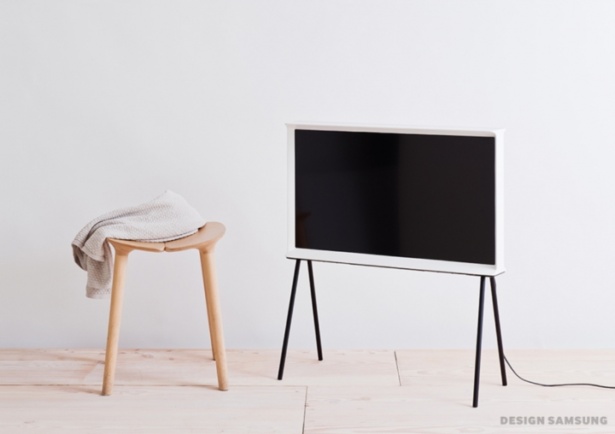 Have you heard of Rowan & Erwan Bouroullec? They are award-winning homeware designers whose work has been featured in galleries and museums around the world, and they designed Samsung’s Serif range.

The chunky, I-shaped frame is as a far removed from modern TVs as it gets. Manufacturers, including Samsung, see the bezel as a barrier to immersion, which is why they are striving to make them as narrow as possible, but the Serif is as much a piece of furniture as a piece of tech. It’s even more unconventional than Bang & Olufsen TVs, which have been strikingly unusual for years.

It can either be stood on long A-frame metal legs or sat on a media unit where the depth of the frame makes for a sturdy enough stand. The top portion of the frame is wide enough to sit a few vases on, although we’d recommend not putting any liquids up there; the Serif’s aren’t waterproof. Cats are fine though. 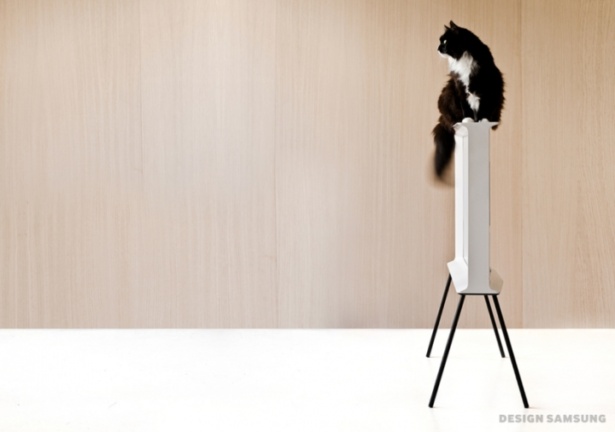 That’s enough about the frame. What about the screen? It’s a QLED display, which is what Samsung uses for all its high-end TVs. It works in much the same way as an LCD display (most TVs have these) but the backlight illuminates quantum dots rather than liquid crystals. Samsung says these dots produce more vivid colours and we have found some QLEDs to have astonishing picture quality, but not all, so while it’s a solid indicator of quality it’s certainly no guarantee.

The Serif’s design is divisive: more people around the Which? office disliked it, with several saying it looked like a chalkboard or fireplace, but several people were fans and thought it would look great in a modern, minimalist home. There’s more to it than an unusual look though. Ambient Mode is an important part of the overall aesthetic, as it gives you a range of screensavers to display while you aren’t watching. Several were created specifically with the Serif in mind.

At this point you know whether you like the way the Serif looks, but you still don’t know if the picture and sound quality are good enough to justify the high price. 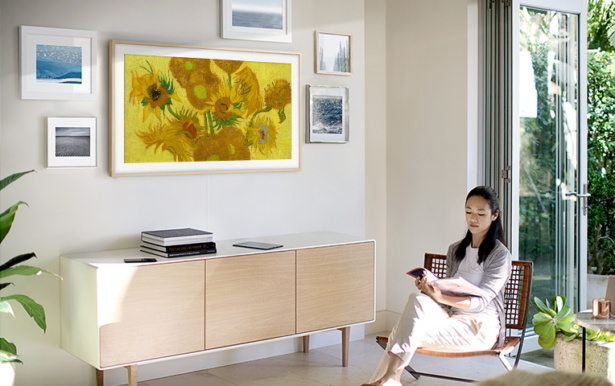 If someone comes to your home and asks ‘Where’s your TV?’ then The Frame has done its job. It should blend in with your decor like a chameleon in a forest and be just another painting on the wall, but with a remote and QLED display, The Frame is just as much a TV as any you can buy from LG, Panasonic and Sony.

It’s customisable, too. There are several frames available, with different colours and finishes, to be clipped around the display, so you can tailor the TV to your home. There’s plenty of art to choose from, but you need to pay £3.99 per month to access the bulk of it. The Art Pass gives you a catalogue of art to browse through from galleries, including the V&A, Saatchi and the Städel Museum.

The elephant in the room is the cable. It’s all well and good having a camouflaged TV on your wall cycling between Klimts and Rembrandts, but a collection of unsightly cables dangling down is bound to spoil the illusion. Enter the near-invisible cable. That’s what Samsung calls it, but it isn’t wrong. It’s the only cable that connects to the TV; everything else is in a separate connections box that you can tuck away out of sight. If you look closely you’ll still see the cable, but it’s significantly better than the thick, black power wire and HDMI leads that usually descend from a TV’s base.

Like The Serif, we aren’t here to judge the design features of The Frame, although we do think the idea is a great one that will appeal to people who think modern TVs are something of an eyesore. What we can judge is the quality of the TV, which is absolutely vital whether you’re buying one that looks like a work of art or not.