We’ve dug into the nutritional DNA of Pringles and discovered three things you probably never knew about this moreish snack.

Pringles were created in the 1960s. Unlike standard potato crisps, which naturally vary in size and shape, Pringles are identical in texture, shape and size.

There are 25 flavours of this party staple in the UK. But before you find yourself accidentally at the bottom of a tube of Pringles at your next Christmas get together, you might want to peruse the ingredients list…

If your treat of choice is sweet rather than savoury, head over to our taste test of the best mince pies.

You may be surprised to find that potato makes up less than half of what goes into a Pringle.

Pringles are made up of:

These ingredients are combined into a dough, which is rolled into a thin sheet and cut into the distinctive Pringle shape before being fried. 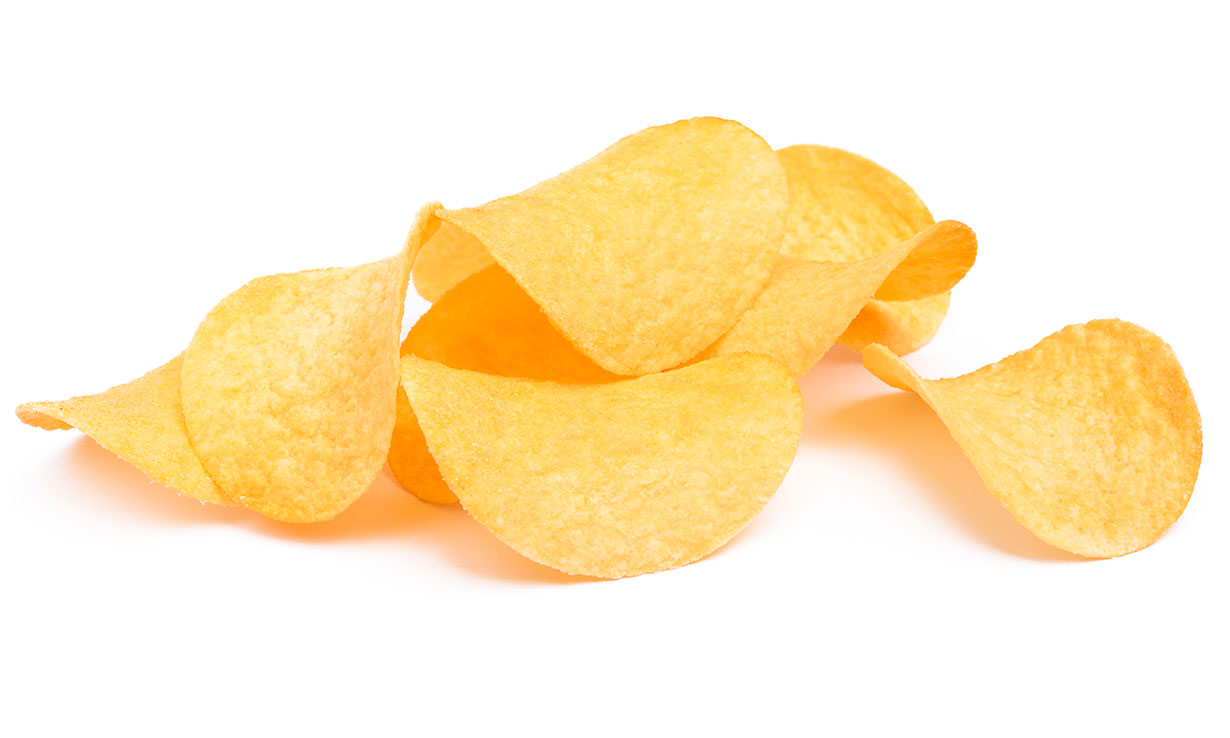 The addictive combination of fat and salt sets the taste buds tingling on most peoples’ palates, which is why so many of us find it hard to recap the tube before we’ve shaken out the last crumbs.

To be fair, though, they’re no worse for you than the average crisp – an equivalent 30g serving of Walkers ready salted crisps has 158kcals, 9.6g of fat and 0.42g of salt.

With both, the high fat and calorie content means you should try to stick to a handful, though this can be easier said than done when faced with bowlful at a buffet.

3 Pringles were once almost categorised as cakes

Technically, Pringles fall under the rather unappealing classification of ‘extruded’ (or formed) snack, similar to Wotsits and Monster Munch.

In fact, at one point their manufacturer, Procter & Gamble, tried to argue that the mix of ingredients and the fact that they were made from a dough made them akin to a cake than a crisp.

This was a bid to exempt the snack from VAT. Unlike many other snacks, cakes – as you may know from the great Jaffa Cake debate (is it a cake or a biscuit?) – are not subject to VAT.

This argument was accepted by a High Court judge in 2008, but was overturned in 2009 by a judge who deemed Pringles are sufficiently similar to potato crisps and therefore should incur VAT.

From Christmas pudding to champagne, our expert taste tests will help you choose the best food and drink to take pride of place on your Christmas table.