New data from Ofcom, the telecoms regulator, shows that although more people in the UK are able to get faster broadband and a good mobile signal than last year, some rural areas are still being left behind in terms of coverage.

The availability of fibre broadband and particularly, full-fibre broadband (which can reach speeds of one gigabit per second) has increased with the vast majority of homes able to access speeds of at least 30Mbps.

Similarly, Ofcom reports that mobile coverage has also improved, although the numbers show a clear disparity between areas with 96% of urban areas able to access reception from all four operators, compared with just 62% of rural areas. 5% of the UK’s landmass gets no mobile reception, although this is mostly in uninhabited areas.

Browse the best and worst broadband providers in the UK, based on our regular survey.

Fibre Broadband on the rise

Often described as the next frontier of fixed-line broadband, full-fibre broadband access has increased sharply with 1.4 million extra homes now able to access speeds up to one gigabit per second (1Gbit/s).

95% of homes can now access superfast, broadband with speeds of at least 30Mbps, but despite a 20% increase in households taking out superfast packages, many are not taking up fibre, despite costs being similar, or sometimes even cheaper than standard broadband (which cannot go faster than 20Mbps).

When we surveyed over 8,000 broadband customers, a third told us they still had standard broadband. When we asked what stopped them from upgrading, there were three key reasons.

Speed was actually the most common reason people hadn’t upgraded – 41% of those with standard broadband said they were happy with their current speed. Another 20% said they don’t go online enough to warrant an upgrade. But speed isn’t the only benefit of fibre connections – they’re usually also more reliable and less prone to drop-outs.

Despite superfast being available to most premises in the UK, more than a quarter of those who responded to our survey told us they weren’t sure it was available where they live. Several providers, including Virgin Media and Vodafone, only offer superfast broadband. If you’re interested in fibre and not sure what’s on offer in your area, use Which? Switch Broadband to compare the broadband deals available where you live.

The price of fibre

One in five of those we surveyed told us that they believe fibre is too expensive, causing them not to switch. But we’ve consistently found that it’s possible to pay less for fibre than for standard broadband, particularly if you’re no longer within your minimum contract period. It’s typical for the price of your deal to rise to a pricier ‘standard tariff’ after an introductory deal lasting 12, 18 or 24 months.

In December, the advertised ‘standard tariffs’ for standard broadband from the major providers ranged from £25 to £33. Meanwhile, introductory offers on standard deals started at £22.

More to do to improve mobile network coverage

The stark difference reflects the reality of many in rural areas who struggle to get an acceptable mobile signal in their daily lives.

The proposed introduction of the “Shared Rural Network”, whereby mobile operators share mobile phone masts to carry mobile signals to hard-to-reach areas, is set to increase rural coverage and will mean that high-quality 4G reaches 95% of the UK by 2025, although that remains to be seen. 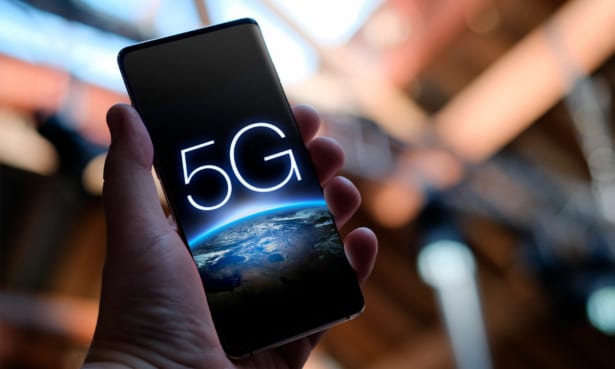 As the new kid on the block, 5G still has yet to take a proper hold in the UK despite all four mobile networks (EE, O2, Three and Vodafone) rolling out 5G across a total of 40 UK towns and cities.

In the near future, 5G is seen as extremely important in supporting an ever-more digitalised economy and country, with potential use cases from driverless cars to smart cities.

Find out what 4G and 5G coverage is like in your area today by checking our mobile coverage map today.

Which? calls for more improvements to broadband and 4G

Despite the fact that progress has been made, Which? believes more can be done to improve telecoms coverage in the UK, particularly in urban areas.

‘While it is good to see significant progress when it comes to full-fibre, the continuing dire state of 4G coverage across the country is a huge concern and risks leaving many consumers behind.

‘The new Government now not only needs to urgently set out an ambitious and joined-up strategy to deliver an improved digital infrastructure but lessons must be learned from the slow take-up of superfast broadband to ensure consumers understand the benefits of these better quality connections’.

HP Neverstop printers reviewed: can they really deliver 5,000 prints on a single tank?