The Lakeland 62387 Jug Soup Maker looks different to the average soup maker and it has some extra features too, including a steaming basket and mixing paddle for making dishes such as chilli and Bolognese. But is it a worthy addition to your kitchen arsenal?

Unlike most soup makers, this model looks a bit like a food processor: the bowl has a central spindle on to which you can slot either the blending or mixing blades, depending on what you’re making.

It even includes a steaming basket, for things such as veg and fish, making it a potentially versatile option.

The Jug Soup Maker is available in Lakeland stores and online with an RRP of £80, although it’s currently on sale for £70.

Some soup makers cost as little as £40, so is this one worth the extra cash? We’ve tried it out, so check our Lakeland Jug Soup Maker review to get our first impressions.

Best soup makers for 2020 – see our top picks, based on our soup maker tests

Lakeland Jug Soup Maker: how it compares with rivals 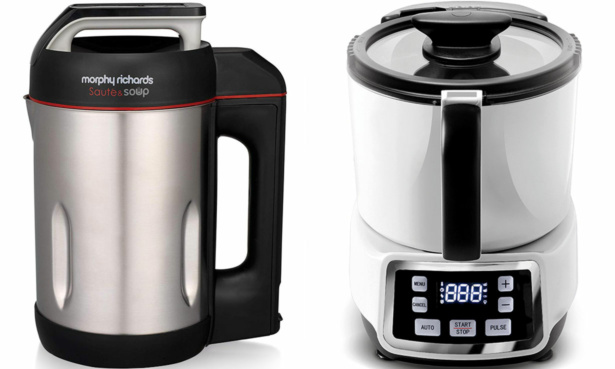 Compared with popular soup makers from rival brand, Morphy Richards, the Lakeland has a different design with some tempting benefits.

The clear lid means you can keep an eye on your soup creations. You can also add ingredients at any point without having to start the program over again.

This could be a great way of not overcooking ingredients that are high in heat-sensitive vitamins (such as broccoli or peas).

The large control panel on the base of the Lakeland soup maker should also make it easy to program without having to squint.

Big on features, small on capacity

The Lakeland Jug soup maker is described as compact, and it is in terms of capacity: it can cook up to one litre of soup or sauce in one go, which is about three portions.

This is around the same as the Morphy Richard Compact soup maker, although Lakeland’s version has a larger worktop footprint due to its shape. The similarly priced Morphy Richards Saute and Soup Maker, by contrast, can cook four to five portions at a time.

So, while the Lakeland could be good for smaller households, it may be less suitable for those that like to cook in bulk. If you want a hassle-free way to make spag bol though, it could be the one for you. Find out what we thought of the extra cooking functions in the full Lakeland soup maker first look review.

Compare all the latest models with our soup maker reviews

Soup maker features to look out for

An electric soup maker saves you from having to hover over the hob, you just chuck in your ingredients, set it, and let it do the hard work of cooking and blending for you.

If you’re in the market for one, here are some useful features to consider:

How to save money and be healthier with homemade soup 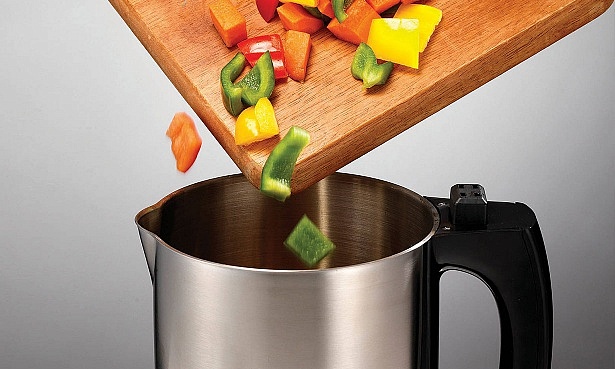 Homemade soups are an easy way to sneak extra vegetables into your diet. They’re cheap to make, too, so if you’re penny-pinching after Christmas it could be a great way to save. You can bulk them out with cheaper vegetables such as carrots, onions and potatoes.

Soup can also be a real saviour for preventing food waste. If there are odd ingredients left over in your fridge, they can be used to make soup, which can then be frozen and saved for later.

Follow these tips to make your soups even healthier: