Looking to buy a new laptop? With the CES tech show in Las Vegas in full swing, we run through the announcements that could change the type of laptop you choose in 2020.

CES (formerly known as the Consumer Electronics Show) is the way that the tech world kick starts its year and sets the tone for the next 12 months.

Computing is always high on the agenda, with plenty of attention-grabbing announcements and prototypes that will influence products for years to come.

Here are five things to watch out for if you’re buying a new laptop this year.

If you can’t wait for the newest releases to reach the high street, check out the best laptops from our latest tests, or answer three quick questions to find the perfect laptop for you.

‘But all laptops already fold!’, we hear you cry. True, but wait until you see the next generation of foldables.

Microsoft beat rivals to the punch last year, when it announced the Surface Neo. That new member of the Microsoft Surface family has two hinged 9-inch screens and a detachable keyboard, so it can be held like a glossy interactive magazine or worked on like a traditional laptop.

Now Dell is also in on the game, with its Concept Ori and Concept Duet devices. Meanwhile, Lenovo has revealed its ThinkPad X1 Fold, and Intel – better known for providing processors for other manufacturers’ computers – has introduced its own, purportedly seamless ‘Horseshoe Bend’ concept.

The Dell Concept Ori is a single, huge, bendable screen – similar to the Samsung Galaxy Fold, but bigger. The Duet is more like the aforementioned Microsoft Surface Neo, comprising two screens with a hinge in the middle.

The devices both run on Microsoft Windows 10 X, which is designed specifically for foldable devices. Beyond this, Dell hasn’t released much information, and we’re still waiting on prices and release dates.

Still, with big brands like Dell and Lenovo joining Microsoft in promoting these concept devices, we think it’s likely we’ll see a foldable hit the market in 2020.

HP has launched the Elite Dragonfly G2, a business laptop with a couple of special features.

HP has included 5G connectivity in its laptops for the first time, giving them access to the fastest mobile networks around. 5G is only available in a few towns and cities in the UK at the moment, but we expect to see more 5G laptops as the year rolls on.

The second, arguably more interesting, feature of HP’s Dragonfly is a built-in tracker from Tile. Tile makes tracking devices in the form of keyrings or sticky attachments that help you keep track of things you might often lose, such as your keys or wallet.

This is the first time that the technology has been found inside a laptop. As long as your laptop’s battery isn’t dead, the built-in Tile will be able to tell you where your laptop is via an app on your phone.

The availability of more expensive Chromebooks – laptops that run on Google’s lightweight ChromeOS operating system – increased in 2019, but in 2020 we should finally see proper high-end models to rival the likes of the MacBook Pro and Microsoft Surface Laptop. 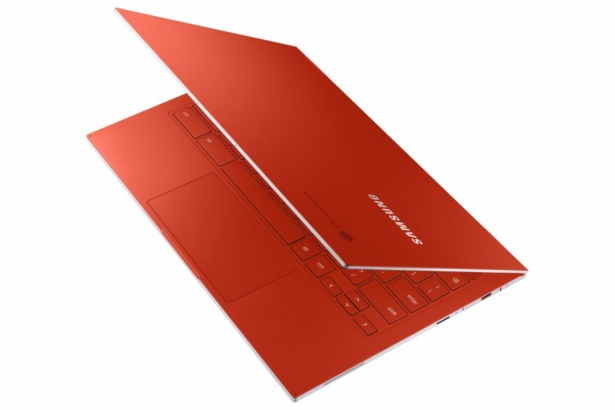 So far, Samsung has announced its ultra-lightweight Galaxy Chromebook, which features a metal body and the latest Intel processors. It also has a high-resolution AMOLED display, which should deliver deep blacks and rich colours. It’s due to go on sale in the US in the next couple of months, starting at $999 – there is no UK price or availability information yet.

However, the Google Pixelbook Go, priced from £629, is due to go on sale in the UK this month, so your choice of Chromebooks is about to get larger.

For more on ChromeOS devices, read our guide to the best Chromebooks in 2020

When shopping around for a laptop, you’ll inevitably see some marketing around the type of processor that’s under the bonnet.

One of the most widely used chip manufacturers, Intel, is now on its 10th generation of processors. This improves speed and power efficiency over the ninth and eighth generations that preceded it.

At the moment, you’ll find retailers selling laptops powered by any one of the three generations, but expect 2020 to be the year that the 10th generation starts to take hold.

Should you pay more for a 10th-generation Intel processor?

For many people, it might not be worth it. We don’t think the performance difference between the latest generation and its predecessors is that significant, especially for the everyday user, and 2020 should also be the year you can find bargains on eighth and ninth-generation Intel laptops.

For more on Intel’s various processors, read our guide to Core i3, i5 and i7.

Another year, another new screen type. Last year, OLED laptops were the trend (read our guide to OLED technology for more).

This year, laptop brand MSI has brought out what it claims is the first device to have a mini-LED screen.

Mini-LED is similar to Samsung’s QLED technology that you’ll find in its TVs. Skipping over the technological explanations, the key benefits for mini-LED are supposed to be incredibly high brightness along with excellent contrast, meaning that images and videos that contain bright and dark areas should look excellent no matter what.

This is in contrast to standard LED laptop screens that have to find a middle-ground compromise for light and dark spots, which can lead to somewhat washed-out images. The MSI Creator 17 laptop doesn’t have any UK availability yet, but expect to see other devices arriving this year with mini-LED tech.

Need more help on how to choose the right laptop? Get plenty more buying advice in our guide on how to buy the best laptop.