The biggest trade show in the world of tech is taking place in Las Vegas right now, and wearables manufacturers are busy promoting their latest launches.

We’ve rounded up the wearables that have made the biggest impression on us so far at CES 2020. And, while some are clearly focused on fitness, they’re not all for the super-sporty: fashion and wellness-tracking also emerged as strong themes.

Some of the wearables below we’ll be putting through our Which? wearables tests. So head back soon to read our full reviews.

Find out which are the best wearables we’ve tested so far. Check out our Best Buy fitness trackers and Best Buy smartwatches.

If you’re already very active, and see yourself as a bit of an adventurer, here are two watches worth keeping an eye out for in 2020. 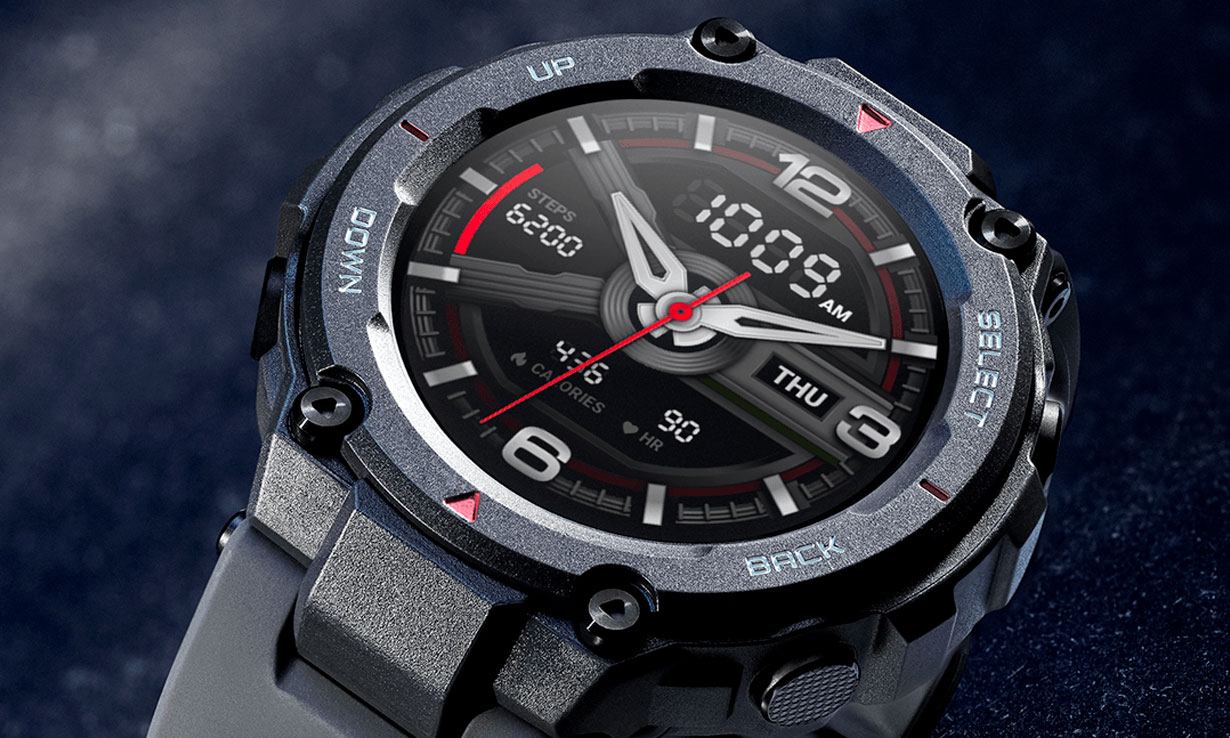 First, the Amazfit T-Rex (above).

When we first heard its name, we were imagining something akin to the Ravel watch below. But the T-Rex is actually a serious, sturdy-looking watch, aimed at those who love exploring the great outdoors. 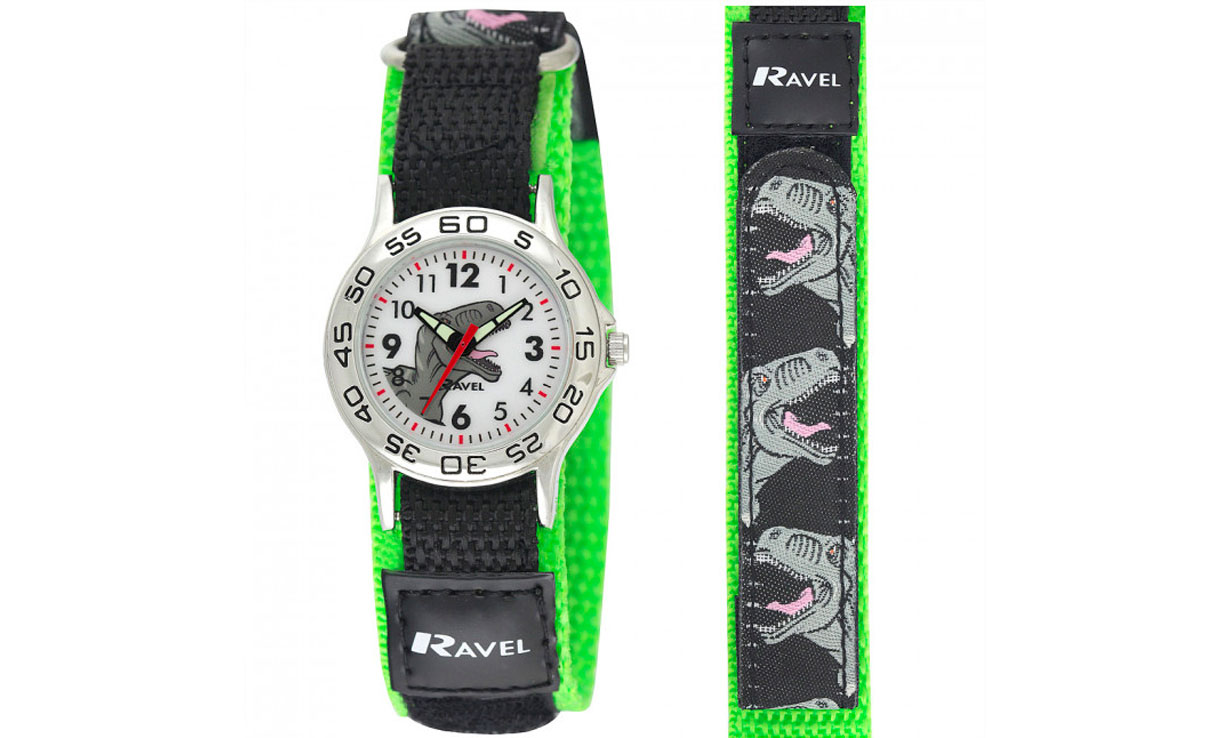 Amazfit says that it passed 12 military grade certifications, including resistance to salt-spray and extreme cold, heat and humidity, and so will help you ‘unleash your instinct’ and ‘fight the wilderness’.

It comes with a range of useful features, such as GPS and GLONASS for tracking your location, 14 sports modes including triathlon, skiing and hiking, weather notifications and a compass. It has a 20-day battery life in daily use scenarios and a 20-hour battery life if you have GPS and heart-rate monitoring activated.

It’s water-resistant to 50 metres, meaning it’s suitable for pool and sea swimming but not for scuba diving or water sports.

It has a high resolution 360 x 360 pixel AMOLED display (a type of OLED display used in smartphones). And it comes in five macho-sounding colours: Gun Grey, Rock Black, Camo Green and Khaki.

The Suunto 7 (below) is the second watch for intrepid, outdoorsy types. Like the T-Rex (and many smartwatches), it’s water-resistant to 50 metres. This one has as many as 70 sports modes. 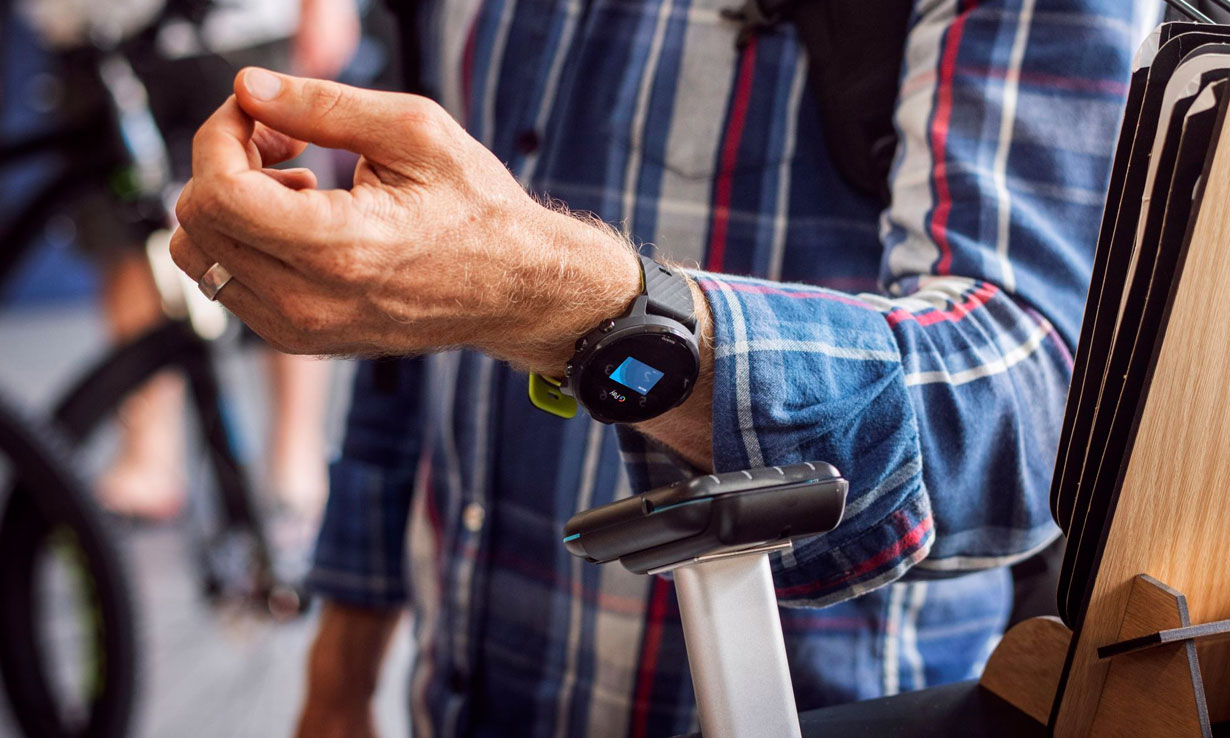 It’s also Suunto’s first Wear OS smartwatch. Suunto specialises in precision navigation instruments, and its watches have tended to be for hardcore explorers. This one aims to give you ‘the best of both worlds’ and handle your day-to-day needs for smart features too.

The Suunto 7 costs £429 and is currently available to pre-order.

We haven’t reviewed the Suunto 7 yet, but you can read how the Suunto 9 (£311) did in our tests in the meantime.

Wearables for health and sleep tracking

If ‘fighting the wilderness’ all sounds a bit too energetic, and you need to take a rest, perhaps you’d prefer a wearable for sleep-tracking. 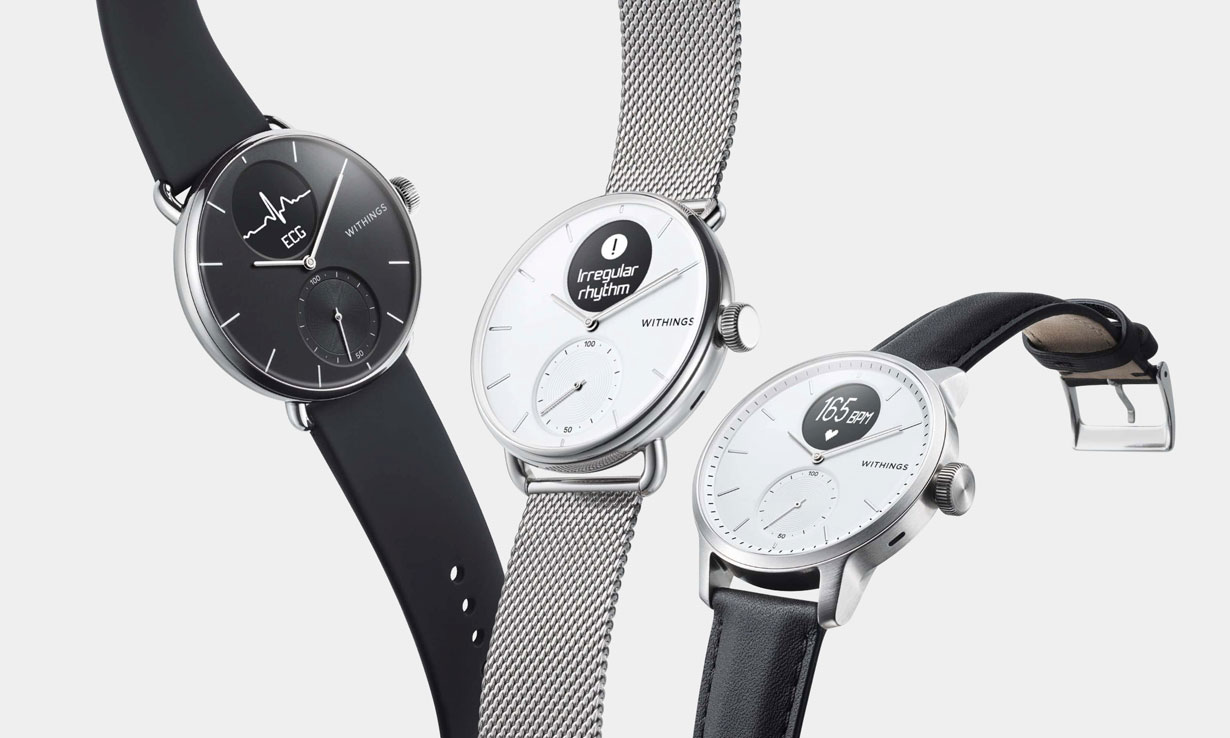 The Withings Scanwatch (above) is a chic hybrid smartwatch. Like others in the Withings Steel line, it has an analogue watchface and small, circular screen on top for smart notifications.

One of the most interesting updates for the Withings Scanwatch is its ability to monitor your oxygen levels overnight via SpO2 sensors and let you know if it detects signs of sleep apnoea (an often-undiagnosed condition in which your breathing keeps getting interrupted while you sleep). You can then take this data to your GP for further investigation.

The Scanwatch can also take ECGs as well as monitor your heart rate continuously – an impressive feature only seen on a couple of models so far, such as the Apple Watches 4 and 5 and Move ECG.

Want to see how other Withings models have scored in our tests? Check out our Withings Steel HR Sport review and Withings Move review.

Other, more trendy wearables for sleep tracking were unveiled at CES too, including the Muse S – a sleep-tracking headband providing meditation, real-time bio feedback and soothing voice guidance (£329.99). And the UrgoNight – a headgear device which teaches your brain to sleep better through EEG readings and personalised brain exercises.

We’re reviewing sleep-tracking wearables in more detail in the March edition of our Which? magazine, if you want to find out more about the pros and cons of using wearables to track your sleep.

A number of fashion-forward wearables are on display at CES this year. 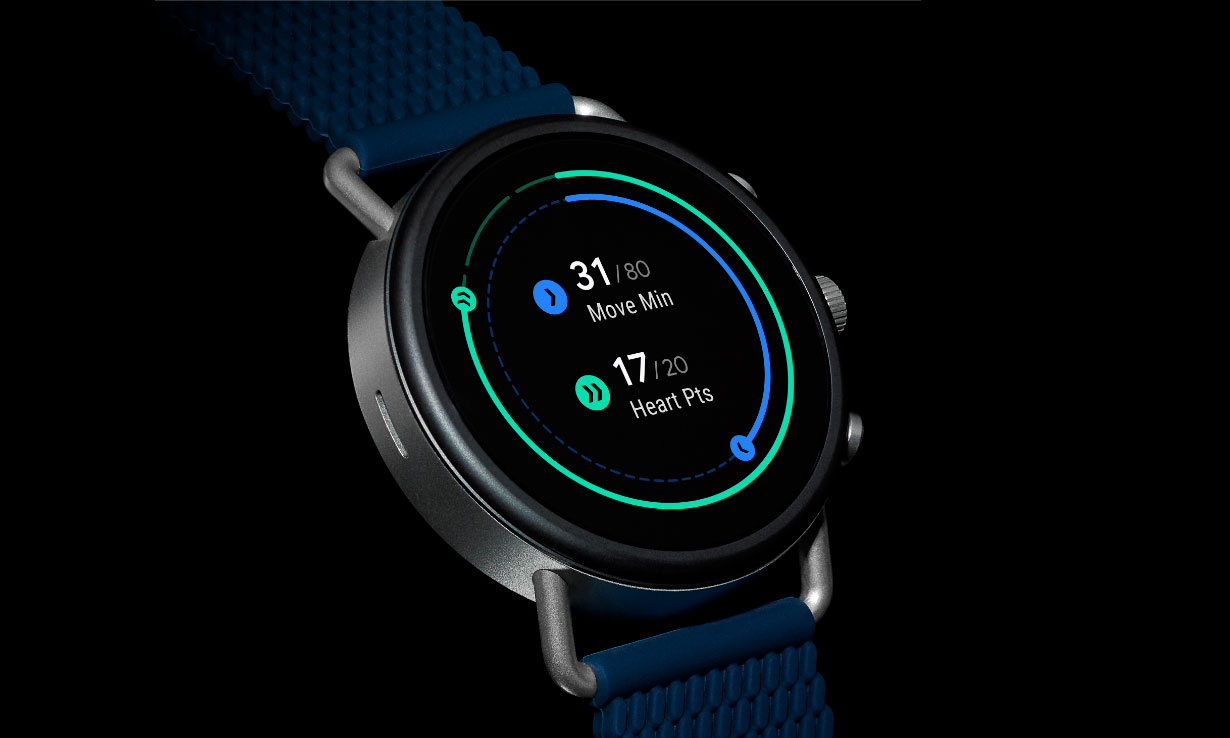 The Skagen Falster 3 (above) has a similar design to the Skagen Falster 2, with two buttons and a rotating crown. It’s another fashionable, unisex watch that looks very much like a traditional watch.

What’s new for the Skagen Falster 3 is a speaker and the ability to take phone calls directly from the watch rather than needing your headphones, the Qualcomm Snapdragon 3100 processor, and a collaboration with Norwegian DJ Kygo. All Skagen Falster 3 watches will come with a Kygo watchface (pictured) and a special edition Kygo model will be going on sale in spring. 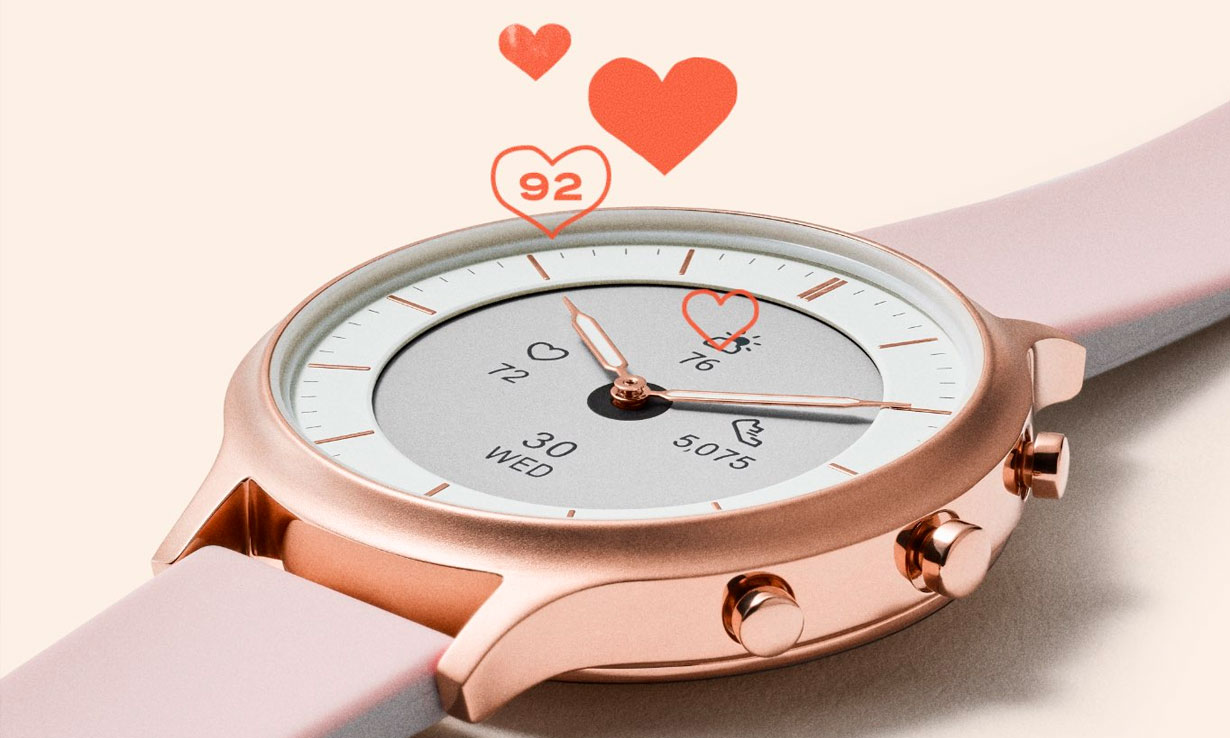 Other fashionable new smartwatches on display at CES this week include the Fossil Hybrid HR (pictured above – announced in November 2019, but new designs are now on display), the Amazfit Bip S and Diesel Fadelight. 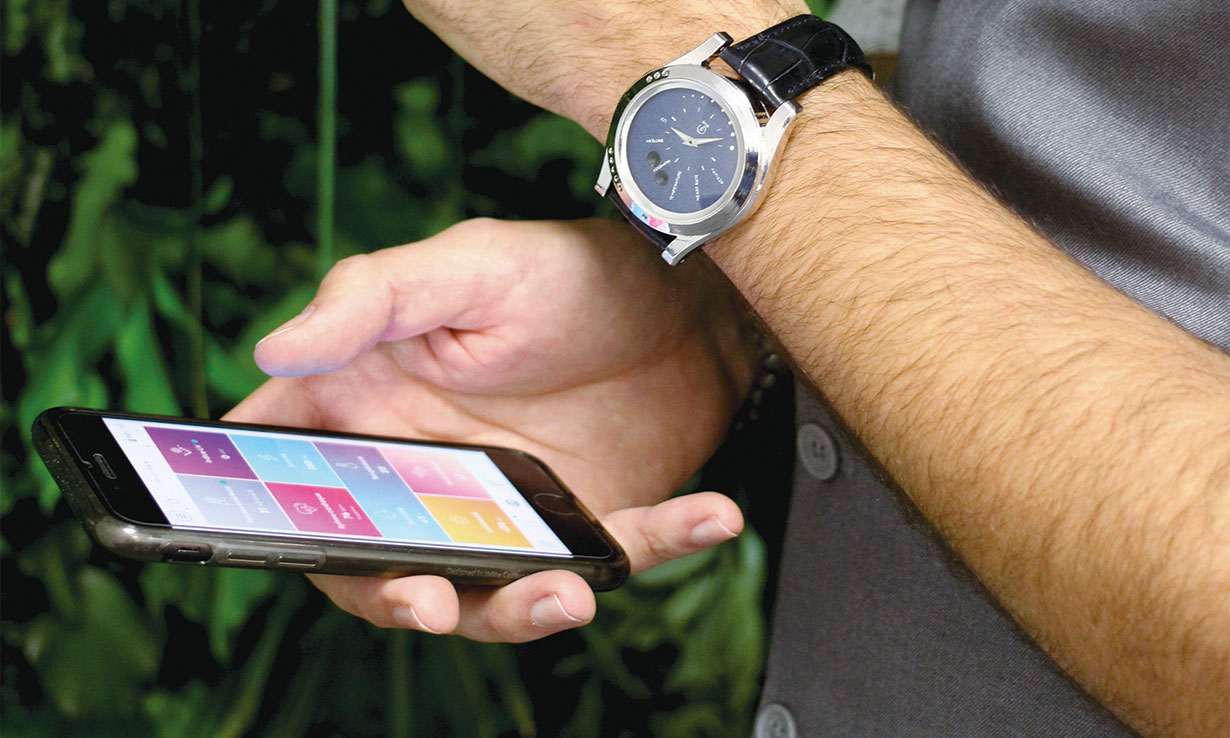 Concerned about air pollution and wished you could get up-to-date information on the air quality around you direct to your watch? Now you can, thanks to the IEVA Time-C (above).

At Which?, we’ve been first-looking a series of portable air quality monitors, including Flow and Atmotube Pro. They’re designed to clip onto your belt or bag so that you can take them out and about with you, get real-time air pollution updates and adjust your behaviour accordingly – walking through a park rather than along a busy road, for instance.

IEVA has now taken this one step further, bringing these updates to the new Time-C watch. The Time-C monitors environmental factors such as pollution, noise, humidity, sun exposure and temperature.

We’re already excited about the growing market for personal air quality trackers, and we’re even more excited about ‘environmentables’, as IEVA calls them, which eliminate the need to charge and carry round a second device.

The Time-C can also track aspects of your general health and fitness, as other smartwatches can, such as step count, heart rate and sleep.

The Time-C will be available in the spring. IEVA hasn’t announced a price yet, but it’s rumoured to be about $500, or £383 with today’s exchange rate.

Honor is also promoting its Band 5 Sport, which comes with a wristband made from recycled bottles. Will environmental concerns become a bigger and bigger priority for wearables brands? We’ll be keeping an eye on this trend across the year.

In the meantime, find out which are the best wearables we’ve tested to date. Head to our smartwatch reviews and fitness tracker reviews.

Want to see what else has been announced at this year’s CES? We’ve got the lowdown on everything from almost bezel-free TV sets to the latest laptop trends.

See all our coverage of the CES 2020 event here.