More than 16,000 stores across the UK closed down in 2019 – that’s almost 44 a day. But despite what some headlines would have you believe, it’s not all doom and gloom for the high street.

Here, Which? analyses what’s happened to the UK retail scene over the past year, reveals some of the most interesting innovations on the horizon for 2020, and explains what it could all mean for you and the way you shop.

You can click the links below to jump to individual sections of the story or just scroll to read the whole article.

A rocky road for department stores 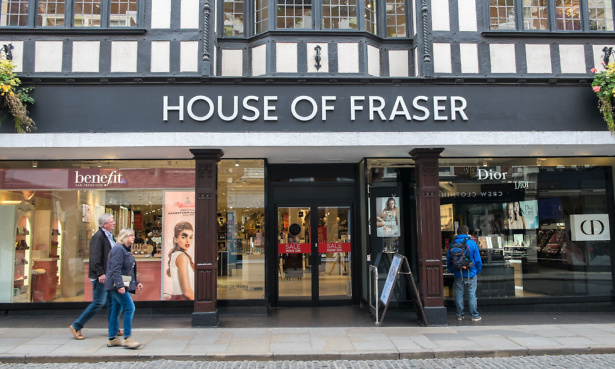 Just three weeks into the year we saw the first department store collapse of 2020, with Beales appointing adminstrators KPMG after failing to find a buyer or new investment for the business.

KPMG said that, like Mothercare and Mamas & Papas (which both went into administration in November), Beales was feeling the impact of high rents and rates – which the head of Beales described as ‘lunacy’ – combined with a disappointing Christmas period.

Debenhams entered pre-pack administration in April 2019, and 2020 really will be make-or-break time. In January 2020, it will close 19 stores across the UK, kicking off a rescue plan that will see further waves of store closures throughout the year.

House of Fraser, meanwhile, was rescued by Sports Direct boss Mike Ashley in 2018. Despite store closures in 2019, House of Fraser made a £54.6m operating loss in the first half of the year and was said to be losing £1m a week. Which? research also found House of Fraser to be the UK’s worst department store.

Department store giant John Lewis didn’t go unscathed last year, either. Its end-of-year results are yet to be published, but at mid year the high-end retailer unveiled its first-ever half-year loss, citing worsening conditions, increasing costs, and a fall in homeware and electrical sales. It did fare better in our survey, though, being named the third-best high-street shop.

In Scotland, the Hourstons department store in Ayr closed and Watt Brothers went in to administration.

Why are department stores suffering?

With large premises to manage, department stores feel the pinch of high rental fees and hefty business rates more than most. They are also facing increasingly tough competition from online retailers that can undercut them on price and variety, having to play catch-up with the internet giants’ slick websites and fast delivery.

But that doesn’t mean that demand from consumers isn’t there, or that department stores are doomed to disappear from our high streets forever: shoppers still want to be able to interact with products before buying. Department stores can’t rest on that desire, though, and to stay afloat they must innovate while offering competitive prices.

Mike Ashley is attempting to do just that, by opening a new ‘landmark’ Frasers store in Sheffield in 2021. Replacing the existing House of Fraser store, Frasers – Ashley’s upmarket offshoot brand – will be designed to bring the experience he says modern shoppers are looking for, including an interactive Frasers House for homewares and a champagne bar.

The availability of large premises in the heart of a high street can create opportunities that other retailers are keen to grab, too. Ethical beauty store Lush opened a new flagship store in Liverpool during 2019, its biggest to date.

Mark Constantine, chief executive of Lush, told trade publication Retail Weekly that it’s a concept he’s keen to grow. In fact, Constantine said that former Debenhams and House of Fraser sites could offer scope for more Lush stores on the same scale as the department-style store in Liverpool. 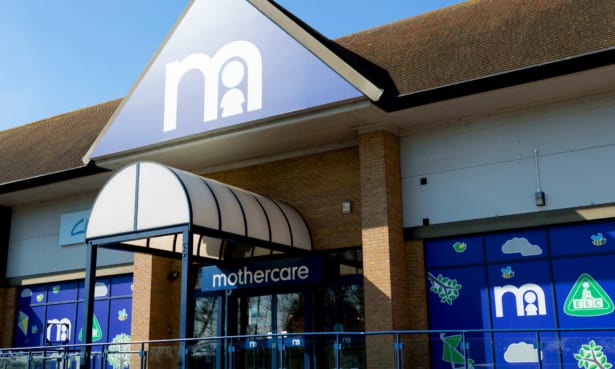 In November 2019, Mothercare and Mamas & Papas went into administration within days of each other.

Mothercare had been struggling since 2018, when it went through a company voluntary arrangement (CVA) designed to help it shut loss-making shops. The well-loved children’s store continued to lose money, though, and announced that it was closing the remaining 79 UK stores in 2019.

Mothercare-branded items, including pushchairs and car seats, will be sold through some Boots stores from summer 2020.

A few days after the Mothercare announcement, Mamas & Papas went in to ‘pre-packed administration’ and closed six branches in a bid to reduce its debt.

Much like department stores, the closures of Mothercare and Mamas & Papas were linked to an increase in the number of people shopping online, as well as high rents and rates for their large-footprint bricks-and-mortar stores.

While parents may enjoy the convenience and sometimes lower prices available when shopping online, most also want to be able to try out pushchairs and car seats before buying.

If you’re looking for an in-store car seat fitting service, or to shop for a pushchair, read our news story to find out where parents can shop now.

The big four supermarkets – Asda, Morrisons, Sainsbury’s and Tesco – all lost market share in 2019, partly due to continued competition from German discounters Aldi and Lidl, which both increased their customer numbers (December 2018 to December 2019 data, Kantar).

Aldi, which celebrates its 30th year of serving British shoppers in 2020, plans to have 1,200 stores by 2022 including six new stores in Scotland. The German discounter’s main focus for 2020-21 is expanding in London – it’s hoping to double the number of stores within the M25.

Both Aldi and Lidl offer seasonal special buys in their central aisles and these prove a big draw for customers. New Aldi store openings in 2019 saw queues of people waiting to bag a bargain – and while growth has slowed for the discounter, it still expects to open an average of one store a week in 2020.

Lidl has big plans, too, ramping up its expansion with 230 new stores over the next three years.

Tesco made a bid to compete with the rising threat of Aldi and Lidl in 2018 by opening a discount store called Jacks. But just a year later, the grocer converted the first (and biggest) Jacks store in Rawtenstall, East Lancashire, to a regular Tesco store. There are still 10 remaining Jacks stores, but this is unlikely to combat the march of the German discounters any time soon.

While continuing to grow in popularity, online supermarkets are set for a shake-up in 2020.

Online-only Ocado is set to start a new partnership with Marks and Spencer by September at the latest, replacing its long-running deal with Waitrose. Ocado will continue to sell its own-label products and branded goods, along with around 4,500 M&S food products.

It’s the first time shoppers will have online access to such a wide range of M&S goods – its previous lack of online grocery offering has contributed to M&S struggling to keep pace with its competitors. So this deal should bolster M&S, as long as Ocado customers like the new range of products offered and are happy with the pricing. 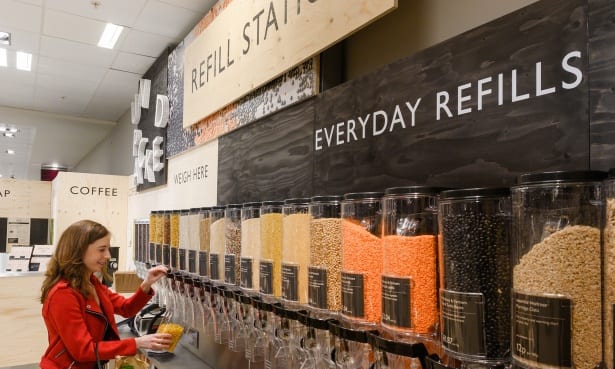 Supermarkets hit the headlines with moves to combat both plastic and food waste in 2019.

Tesco announced that it would remove 1 billion pieces of plastic from its stores by 2020, ditching plastic trays from ready meals, secondary lids on products such as cream, and sporks (spoon-fork hybrids), and straws from snack pots and drinks cartons.

In June, a Waitrose branch in Oxford began trialing plastic-free shopping, allowing customers to bring their own refillable containers – and it was so successful that Waitrose said it would extend the ‘Unpacked’ trial to three more shops.

What will Brexit mean for shopping?

The deadline for Brexit is nearly upon us, but it’s still difficult to know what the impact on retailers and consumers will be.

The final outcome is likely to result in at least some changes to the retail landscape, but exactly how this looks depends on whether there’s a deal in place or not.

We’ll be closely monitoring the impact of Brexit on consumers, from pricing to food standards, over the coming months and will publish on this when we know more.

What do shoppers want from high-street stores, websites and supermarkets in 2020? This is the million-dollar question for retailers, with some beginning to move away from a purely transactional approach towards personal in-store experiences and services designed to increase footfall and time spent in store. Others, meanwhile, are firmly targeting our desire for convenience.

Last year, Boots opened a concept store in Covent Garden, the first of a string of revamped shops to be rolled out as part of a huge makeover. The store hosts live demonstrations, an Instagram zone for shoppers keen to photograph their purchases and a YouTube studio where you can film your own video makeover.

Fashion chains such as Topman and Ted Baker have also branched out – you can now find barbers tucked inside some of their stores. This change could place them a cut above the rest of the high street, as well as ensuring that customers are able to maximise their time in store and hopefully return regularly.

In a similar footfall-driven move, premium department store Selfridges – which enjoyed strong growth over Christmas, in sharp contrast with many of its rivals – opened an in-store cinema in November. Keen to keep innovating, it has also launched a pop-up space called The Corner Shop within its London store hosting collaborations with brands including fashion and media brand Highsnobiety, aiming to ‘discover what happens when the boundaries between fashion, art and design are well and truly blurred’.

In a truly fascinating move, the Co-op launched a trial of home delivery robots in Milton Keynes in 2018 and rolled it out to a second store in spring 2019.

We don’t know whether the scheme will be expanded more widely, but it has certainly garnered a lot of interest with some journalists even attempting to steal food from the little robots.

And the Co-op isn’t the only retailer attempting to make grocery shopping quicker and easier. Online-only Ocado introduced a trial of a one-hour delivery service – Ocado Zoom – in 2019, and earlier this week Asda announced the roll out of a one-hour click-and-collect service to 25 stores.

Not all convenience is welcomed, though: Sainsbury’s experimental till-less store resulted in long queues at the helpdesk and was scrapped late last year. You can still pay via the app in nine Sainsbury’s stores across London, however.

Rise of the conscious consumer 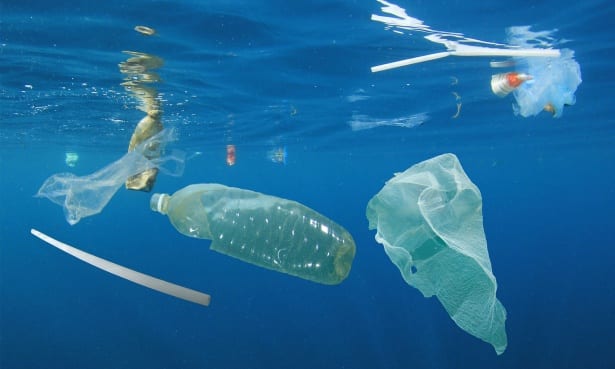 There’s a lot of research to suggest that shoppers are not just looking for range and competitive prices any more – they also want retailers to operate in an ethical way.

Some 29% of UK consumers have started shopping with more ethical or sustainable retailers, while 44% of Brits make ethical considerations before buying food and drink, according to Mintel.

One outcome of this demand has been a 51% rise in the number of local markets in the past five years, with many featuring independent sellers offering artisanal, local foodstuffs – indicating a strong appetite among shoppers to return to more traditional shopping methods, at least for some products.

The rise of markets is positive for the high street as a whole, with popular markets providing a welcome boost to beleaguered local shops thanks to the increased footfall they bring.

But what about ethical consumerism as a whole? Companies may have begun reducing the amount of plastic in their supply chains or food waste that’s generated – but to remain relevant to the new wave of conscious consumers, they’ll need to ramp up their efforts if they want to become brands people can trust to behave in a truly ethical way, through 2020 and beyond.

Coronavirus: Is it ever safe to keep foods after their best before and use by dates?