The unique Motorola Razr has landed, but it certainly doesn’t come cheap. If you’re set on buying it now, going for a contract is the only option, and unfortunately you’ll be paying through the nose to do so.

Two-year contracts for the shape-shifting Razr start at a staggering £94 a month. Actually, the total cost is similar to the Samsung Galaxy Fold, despite the latter (most likely) costing considerably more Sim-free.

Read on for our calculations, and run some yourself with our handy phone contract calculator, which will help you pick between a monthly deal and a Sim-only plan.

Browse all the best mobile phones from our tough lab tests. 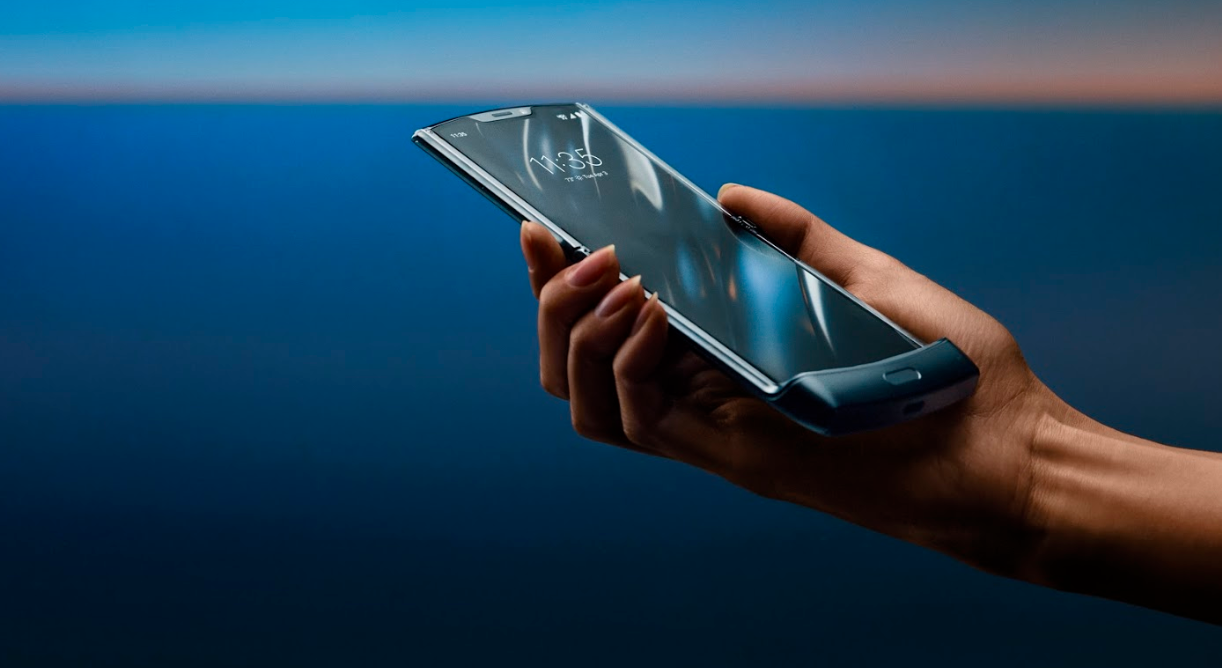 How much does the Motorola Razr cost?

Available on contract exclusively through EE, you can expect to pay at least £94 a month to get your hands on the bendy Motorola Razr.

At that starting price, you’ll get 10GB of data, which you’ll power through in no time if you regularly watch Netflix and browse the web on the morning commute.

Although we haven’t had any official word on the Sim-free price of the Razr in the UK, it retails in the US for $1,500. More often than not the pounds sterling price translates quite directly, so we’re expecting it to land for around £1,500.

We took the figures from EE’s cheapest pay-monthly deal and chucked them into the Which? phone contract calculator.

Assuming the Razr retails for around £1,500 Sim-free, you could save more than £500 if you buy the phone outright instead of through a contract. That’s no small fee and clear proof that it pays to do your research before committing to a deal.

EE does offer ‘Swappable Benefits’ with a number of its contracts: you could benefit from perks including Amazon Prime membership, a Go Further Roaming Pass or the brand’s Music Data Pass, which means music-streaming won’t eat into your allowance, but think carefully about whether you’re coming close to justifying the extra cost.

There are 10 pricing plans, with the full list including the following two-year Essential Plan deals: 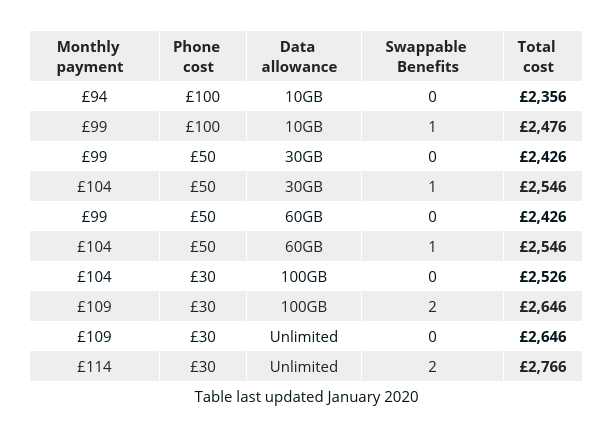 How much does the Samsung Galaxy Fold 5G cost?

Is the Razr in a class of its own, or is it foldable phones in general that you’re getting stung for on contract? Although you’re getting more screen if you pick the Fold over the Razr, contract costs are fairly similar.

If you’d rather buy the Fold in one big chunk, you’ll have to spend £1,900 on Samsung’s website.

EE’s cheapest contract deal might seem more palatable at £99 a month, which gives you 10GB of data to play with and two ‘Swappable Benefits’.

With contract costs floating around £100 a month, Sim-free spend would be closer to £90 a month. That means that your total saving across two years could go beyond £200.

You’ll have your choice of the following two-year deals for the Galaxy Fold 5G through EE: 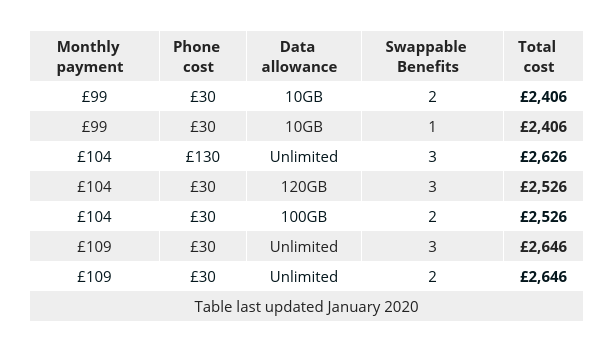 Try the Which? phone contract calculator

Choosing whether or not to buy your next smartphone on contract or Sim-free is a big decision. You’ll end up picking between manageable monthly costs or a high initial fee.

To make your buying decision easier, try the free Which? phone contract calculator. Just enter in some details on the contract you found for the phone, along with the Sim-free price. We’ll also need to factor in how much data you’ll get through per month. 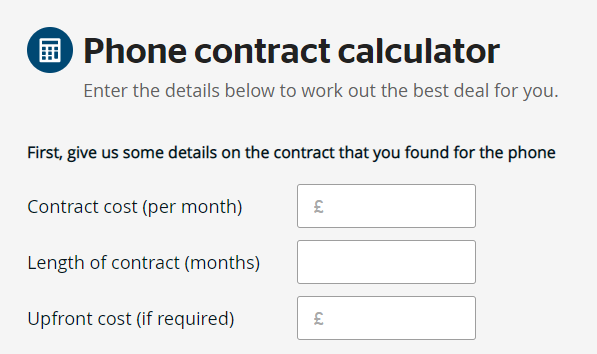