When you’re on the hunt for a new piece of tech, it’s hard not to be tempted by all the bells and whistles you get with premium models. But we put some cheap dash cams to the test to see whether sub-£50 dash cams can compete with expensive alternatives.

One of the biggest dilemmas when considering whether to buy a dash cam is how much you should spend. It might be a small bit of kit but some could set you back as much as £400.

If you’re not interested in fancy features such as speed camera warnings and reminders to turn on your headlights, is it worth paying an arm and a leg for a more expensive model?

We sent three dash cams under £50 to our test lab to see how good their footage quality is, how easy they are to use and what features they offer. Our tests reveals whether you can save yourself some money by getting one of these budget dash cams, or if they’re a false economy.

If you want to find out which dash cams earned our full recommendation, take a look at our shortlist of the top five dash cams for 2020. 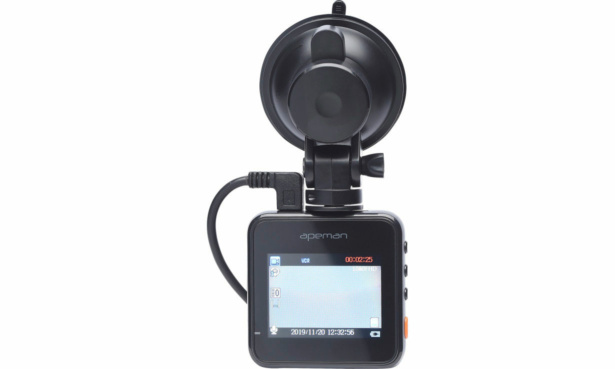 Apeman is a popular brand on Amazon and the C420 is one of its most affordable dash cams, at only £25.

This pocket-sized model records footage in Full HD (1,920 x 1,080 pixels) at a rate of 30 frames per second. Full HD is the most common recording resolution on dash cams but that doesn’t always guarantee great footage.

Impressively, the Apeman C420 records with a 170-degree field of view, which is one of the widest viewing angles we’ve seen on a dash cam. Recording with a wide field of view means it can capture more of the road ahead in its footage.

As the price suggests, you won’t get many other features with this model.

It comes with standard ones such as recording audio and taking still photos, in case you leave your phone at home. But you’ll be sacrificing other useful perks like parking mode, which activates recording if your car is bumped when parked.

Can this cheap dash cam record footage you could use in an insurance claim? Head to our full Apeman C420 review to find out. 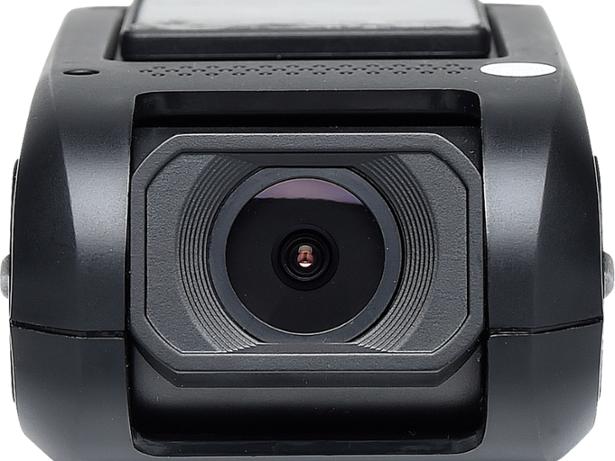 It might be from the same brand, but the Apeman C550A is very different from the C420.

The biggest difference is that it’s a front and rear dash cam.

For only £40, this is definitely a bargain for front and rear recording.

The C550A also comes with parking mode, unlike the cheaper C420. But you don’t get other, more premium, perks such as GPS tracking.

It has a lot to offer for a great price, but does this Apeman dash cam record clear videos and and is it easy to use? Our Apeman C550A review reveals all. 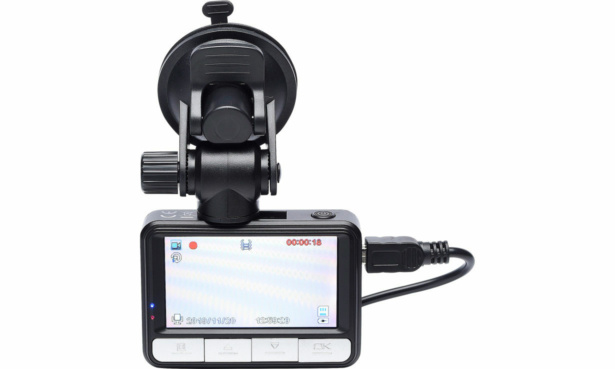 Kitvision is better known for making action cameras – with the Kitvision 720p, it’s now trying its hand in the dash cam market.

The 720p is its lowest-spec dash cam – it records in standard HD (1,280 x 720 pixels). Although this isn’t bad, most dash cams record in at least Full HD – so it’s slightly behind rival models.

One of the biggest perks with this model is it has a good-sized 2.45-inch display, so viewing recordings on the device shouldn’t be a problem.

It also has features such as G-force recording and parking mode but, as with the other models featured here, you’ll need to spend a bit more to get wi-fi or GPS tracking.

Can a 720p dash cam hold its own next to other higher-resolution competitors? We put it through our expert dash cam lab and road tests – see our Kitvision Observer 720p review.

How much should you pay for a dash cam? 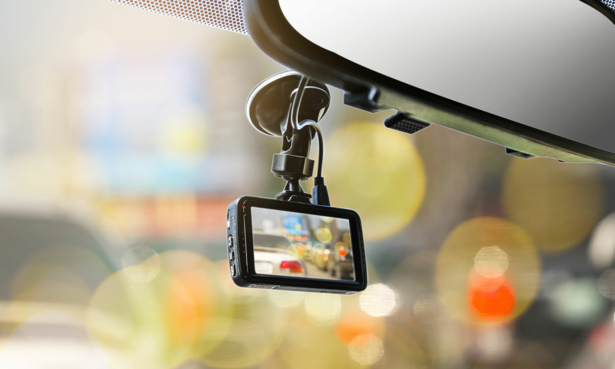 There’s no hard and fast rule about how much you should spend on a dash cam, but there are ways you can reduce what you need to pay.

We’ve fully lab and road tested 92 dash cams. So not only does this mean we know an awful lot about dash cams, as you can see from our dash cam reviews, but we also know that prices can vary a lot based on:

If you’re not sure which features to look out for, our guide to how to buy the best dash cam will help you decide.

For example, if you wanted a wireless dash cam – this allows you to wirelessly transfer footage to your phone – it would cost you £133*, on average.

If you didn’t need wireless capability, a more standard dash cam would cost you a lot less – £70, on average*.

If you just want a dash cam that does the most important job of recording the road, provided you choose your dash cam carefully, you don’t even have to spend this much.

We’ve tested terrible dash cams, including a fair number of cheap models, that made it impossible to read number plates, even during the day. But we’ve also found some more affordable models that are Best Buys.

So before you buy, make sure the dash cam you’re interested in makes our list of the best dash cams.