We’d expected new smartphones to steal the show, and sure enough Samsung announced three new models in the Galaxy S20 range, along with the flagship Galaxy S20 Ultra.

A Galaxy Watch 2 was conspicuous by its absence though, so we’ll have to wait a little longer to see what Samsung has planned for its wearables this year.

In the meantime, here’s what we’re expecting and hoping for from a Samsung Galaxy Watch 2 – when it eventually arrives.

And, if you don’t want to wait to buy a wearable, we’ve also compared Samsung’s existing line-up of recent smartwatches and fitness trackers.

Just want to know which are the best wearables overall? We’ve rounded up the best fitness trackers and best smartwatches.

When will the Watch 2 be released?

No one knows for certain, but there are rumours that it will be launched in March, alongside a Galaxy S11 smartphone.

We had our fingers crossed for an announcement at the Unpacked event last night – but our hopes were dashed.

There had also been speculation that Samsung would be releasing a successor to the Galaxy Watch back in August 2019, a year after we were introduced to the Samsung Galaxy Watch, but Samsung announced its Galaxy Active Watch 2 then instead.

How much will the Watch 2 cost?

At the time of launch, the smaller version started at £279, and the larger version from £299. There are also 4G versions of both, allowing you to take phone calls without your phone to hand, though you do need to pay for these separately.

Sadly, there’s no reason to think that a Samsung Galaxy Watch 2 would be any cheaper. 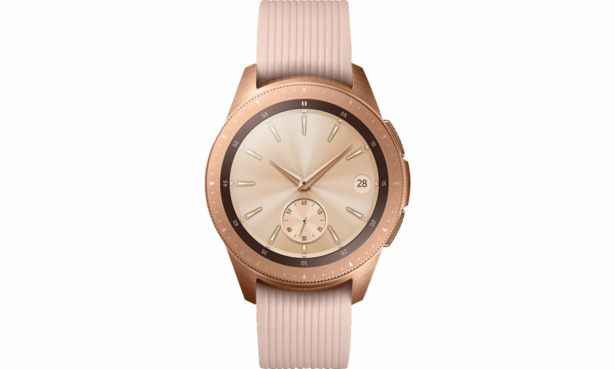 Will it have a striking new design?

We would expect a Galaxy Watch 2 to retain the classic circular design, and to come in two sizes. But we wouldn’t be surprised if Samsung fine tuned a couple of aspects.

Although the Galaxy Watch is comfortable and versatile enough to keep on all day, it can be a bit cumbersome to wear at night, if you want to use it to track your sleep.

It’s possible that a Samsung Galaxy Watch 2 would be slimmed down a bit, be more lightweight, and have a modern, minimalist look more akin to the Galaxy Active Watch and Active 2 (below). 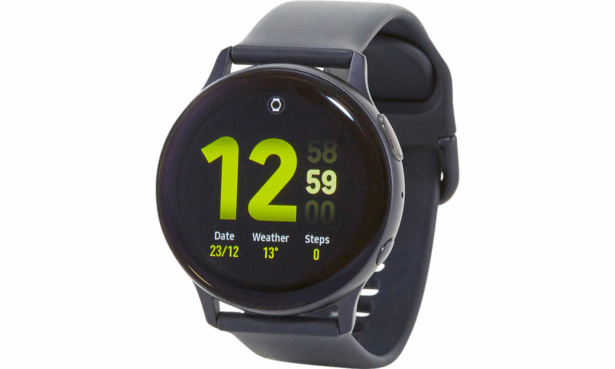 Samsung claims that the 42mm lasts four days, and the 46mm watch seven, based on low use. That’s not terrible – remember that if you buy an Apple Watch you’ll need to charge it daily. However, it’s not the most impressive we’ve seen either. And, when you’ve already got a smartphone and probably other devices to charge each day, it’s annoying to have to remember to keep sticking your watch on charge too.

Our tests found that you’ll get 17% battery from a 30-minute charge of the 42mm watch; 20% from the 46mm version. So, if you only think to charge it shortly before heading out, you won’t get too much juice from a quick charging session.

So we would love it if the Galaxy Watch 2 had a longer battery life.

The Galaxy Watch has a reasonable range of sleep tracking features, but it’s not the most impressive we’ve seen.

Firstly, the watch is supposed to monitor movement and heart-rate during your sleep. Yet the heart detection didn’t work during our tests. That meant it couldn’t log the various stages of sleep (restless, light and motionless) as it’s designed to.

Secondly, the watch can wrongly think you’ve been napping when you’ve simply been inactive for a while.

Finally, there’s the option to edit the recorded sleep times – but only if sleep hasn’t been auto-detected at all. If it has been auto-recorded, but you think the data is wrong, there’s no option to correct it. Not all watches allow you to edit your sleep times, but it’s nice when they do.

All three watches run off the Tizen OS, which is compatible with both Android and iOS and have NFC for contactless payments with Samsung Pay (assuming your bank is compatible), GPS for tracking your outdoors workouts, Bixby voice assistant and a heart-rate monitor.

They all have a waterproof rating of 5ATM, meaning it’s safe to wear them in the rain or in the shower, and while swimming in a pool or the sea, but you should take them off before scuba diving, water-skiing, or taking part in any other activities involving high-velocity water or submersion below shallow depth.

All have plenty of sensors for tracking different sports. The Galaxy Watch Active and Active 2 have a few more – and a sportier appearance, although in a discreet way rather than a bulky in-your-face fitness watch sort of way. Samsung describes the Galaxy Watch Active as helping you ‘stay sporty without having to always look the part’.

So there’s a lot of overlap between the watches, meaning you’ve got lots of options and a good opportunity to shop around for the best deal. If you’re primarily after a classic watch with fitness tracking as a bonus, the Galaxy Watch would be a good shout. If you’re very sporty but also want your watch to be fashionable and neutral-looking, and equally suitable for day-to -day use, one of the Samsung Galaxy Actives might be better. 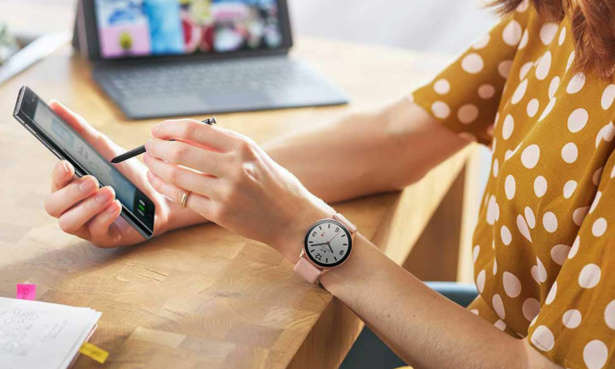 Should I buy a Samsung fitness tracker instead?

If you’re mainly interested in something to help track your exercise and activities, a fitness tracker could be your best bet, Samsung last year released the Galaxy Fit and Galaxy Fit e (pictured together below). 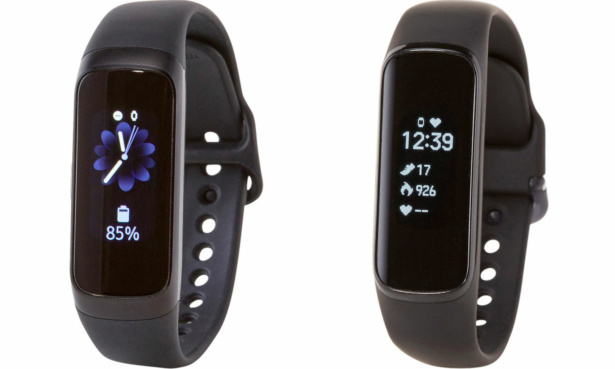 Both run off the FreeRTOS operating system, compatible with Android and iOS. And here are their key specs:

The Galaxy Fit e is the cheaper of the two. It could appeal if this is your first foray into fitness tracking, and you don’t want to spend a lot of money, but you don’t want to take a punt on one of the ultra-cheap trackers from lesser-known brands you see on sites such as Groupon.

As you’d expect, it’s less sophisticated than the Galaxy Fit.

The Galaxy Fit e has a 19mm (diagonal) monochrome PMOLED screen. The Galaxy Fit has a larger (24mm) AMOLED colour screen with a higher resolution.

With the Galaxy Fit, you can respond to texts and Whatsapp messages using preset responses, but you can’t with the Fit e.

Neither has GPS, so you’ll need to take your phone out running with you if you want either of them to track your route.

Both have a silicone rubber wristband, which we found rather rigid – putting us off wanting to wear either at night.