You can pick up a steam iron for a tenner in most supermarkets, but does that mean you should? Find out whether supermarket irons can compete on performance against their pricier branded rivals in our tests.

For a laundry basic, the main objective of which is to get wrinkles out of clothes, you can pay a pretty penny for some steam irons – the most expensive could set you back more than £150. But what exactly do you get for your money, and do you really need to pay this much for crease-free cottons?

We’ve tested irons starting from as little as £10, including a £15 cordless Asda iron in our latest tests. We assess not just how well they iron, but also how easy they are to clean and whether or not they will lose large amounts of vital steaminess over time.

Want to see which models impressed in our tests? Take a look at our Best Buy irons

What to look for in an iron 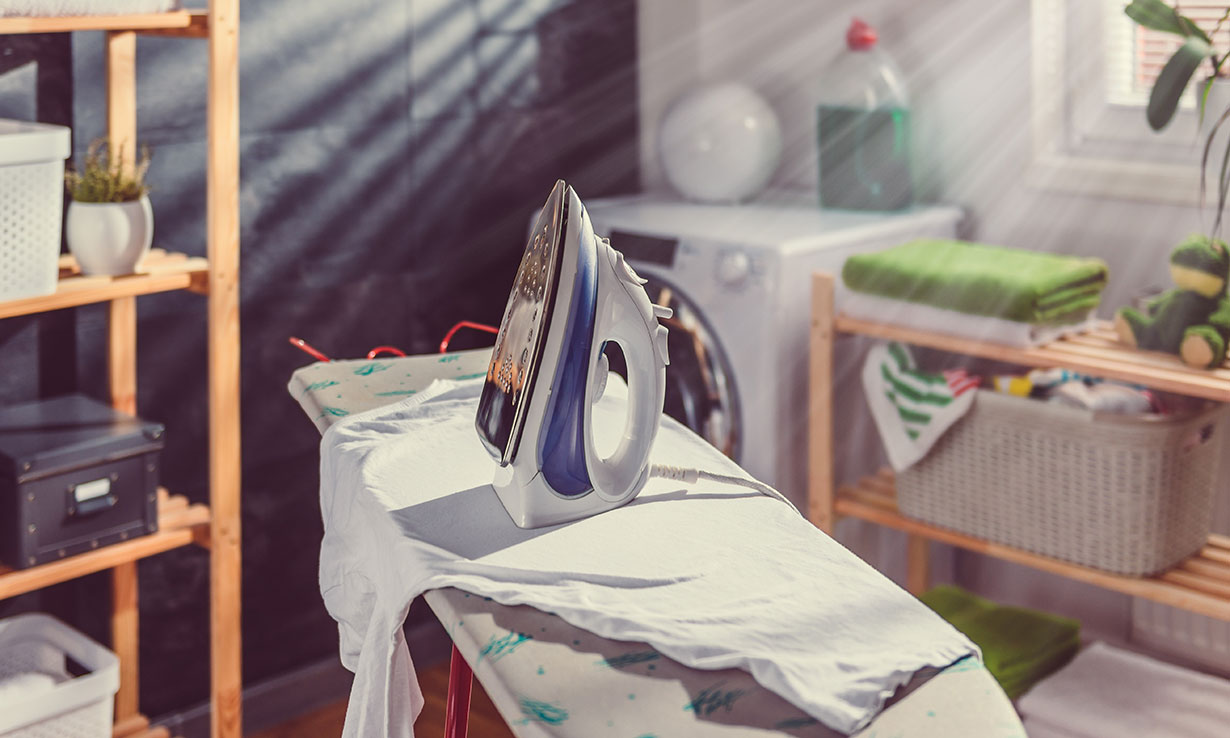 The type of iron you should be looking for will depend on how often you try and tackle your laundry pile, as well as the type of clothes you wear on a day-to-day basis.

The key features don’t tend to vary too much from one iron to the next. Every model we’ve tested produces a constant amount of steam and most come with some sort of additional steam boost, no matter what the price.

If you’re unwilling to spend more than £20 on a steam iron, supermarket own-brand models from the likes of Asda and Tesco are likely to top your shortlist. Irons at this price typically won’t come with any sort of advanced features and may well be less powerful than more expensive alternatives.

If you regularly find yourself behind your ironing board, though, think carefully about what features you might find useful. The best steam iron features to look out for include:

Cheaper models may have some of these features, but are unlikely to have all of them, so keep your eyes peeled while browsing online or in store.

If you’re the forgetful type, take a look at our reviews of irons with an auto shut-off feature. 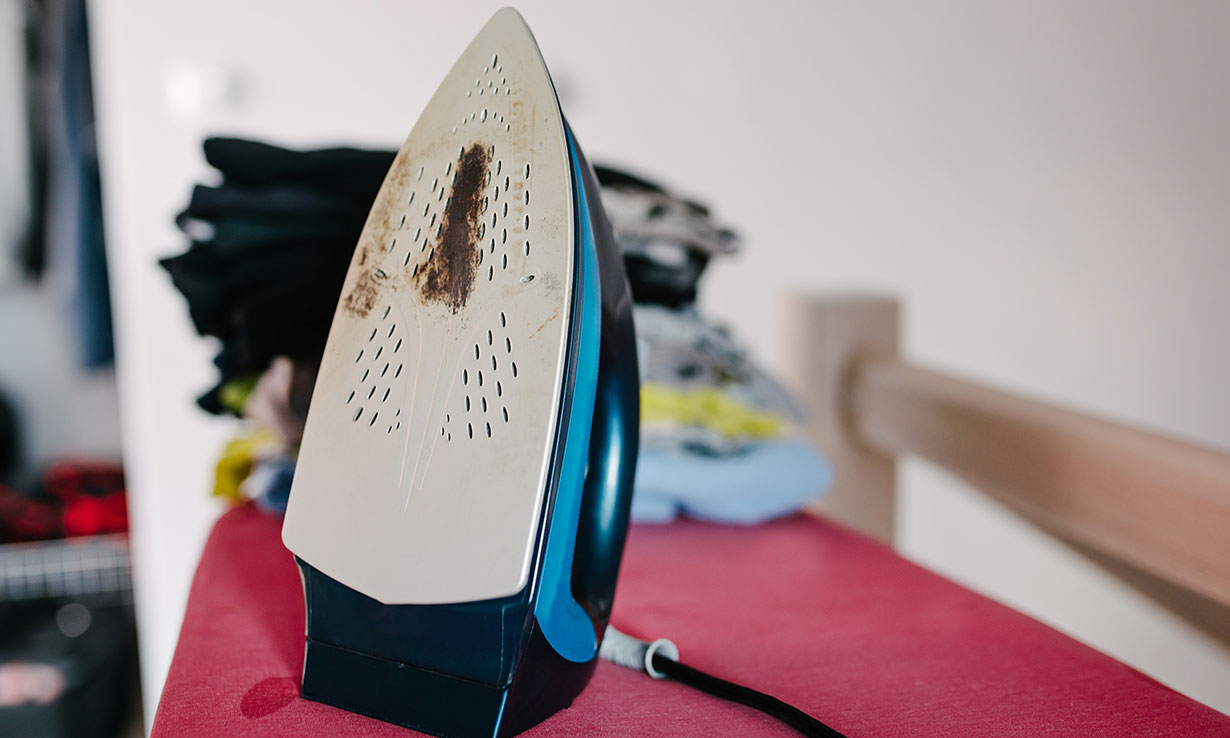 We’ve tested steam irons from supermarkets Asda and Tesco, as well as own-brand models from Dunelm and Wilko. We compared them with models by big ironing brands Morphy Richards, Russell Hobbs, Philips and Tefal to see if there was a noticeable difference.

We took four of the most important test results into account – ironing performance, resistance to limescale, soleplate scratch resistance and ease of cleaning.

How supermarket irons compare with big-name models in our tests 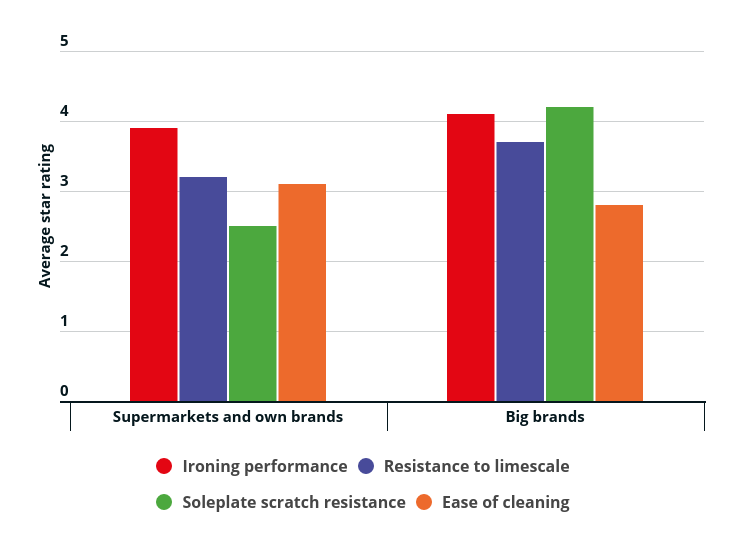 While, on average, big brands just have the edge over supermarkets and own brands for ironing performance and limescale resistance, there’s only one area where branded irons tend to score much higher than supermarket models – soleplate scratch resistance. If you opt for a cheaper model with a soleplate that scratches easily, you could end up damaging your clothes in the long run.

We were surprised to see that supermarket irons actually performed better, on average, in our ease of cleaning tests, which is handy if you iron on a regular basis or live in a hard water area.

Can you get great results with a cheap supermarket iron? 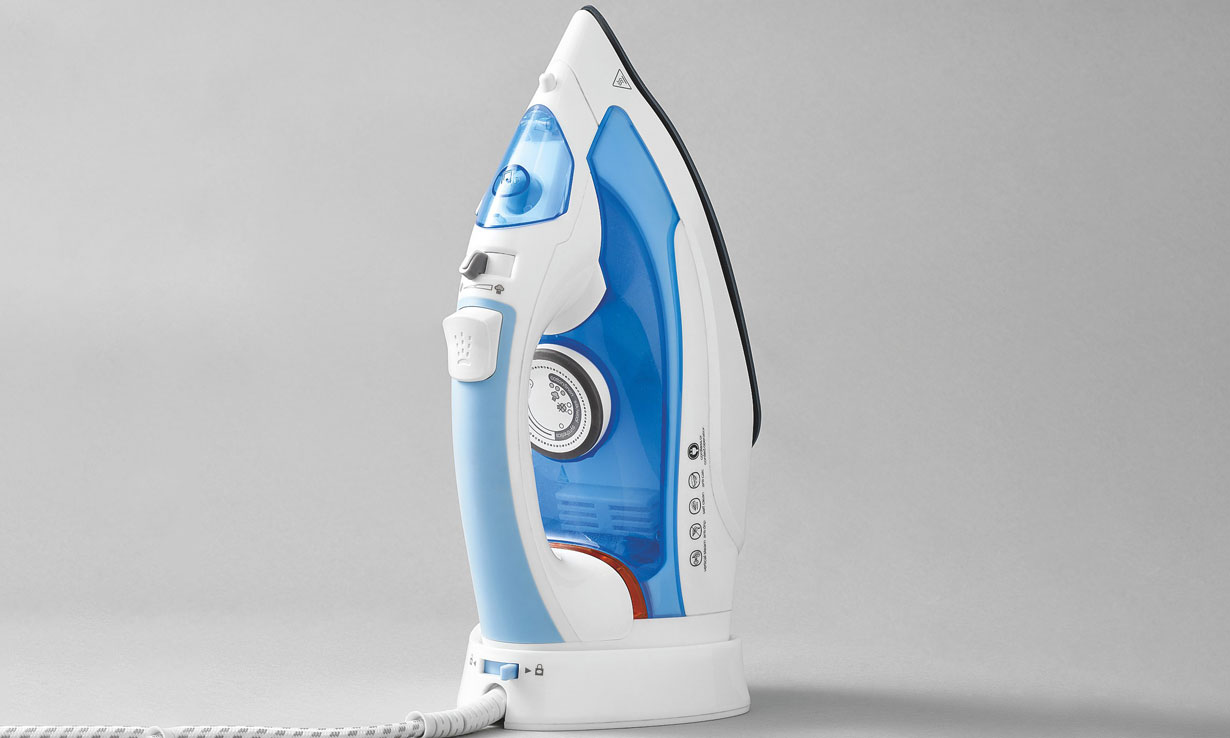 In fact, supermarkets are starting to step up their efforts in order to compete with big-name ironing brands such as Philips and Tefal. Asda, for example, has recently introduced a cordless model for just £15 – read the full Asda George GCI301W review to find out how it performed in our rigorous tests.

Although we’re yet to award any Best Buys to supermarket models, their scores are slowly beginning to catch up with their competitors.

On average, supermarket and own-brand irons cost just £16.10 and scored 58% in our tests. Big names weren’t that much further ahead, with the average model scoring 63%, but they typically cost rather more at just under £50, on average.

How supermarket irons compare to large brands in terms of cost and overall Which? score 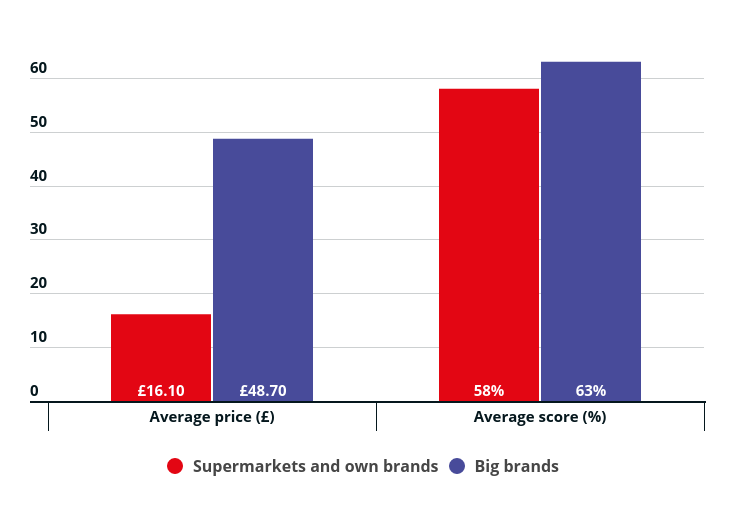 Taking a chance on a supermarket model 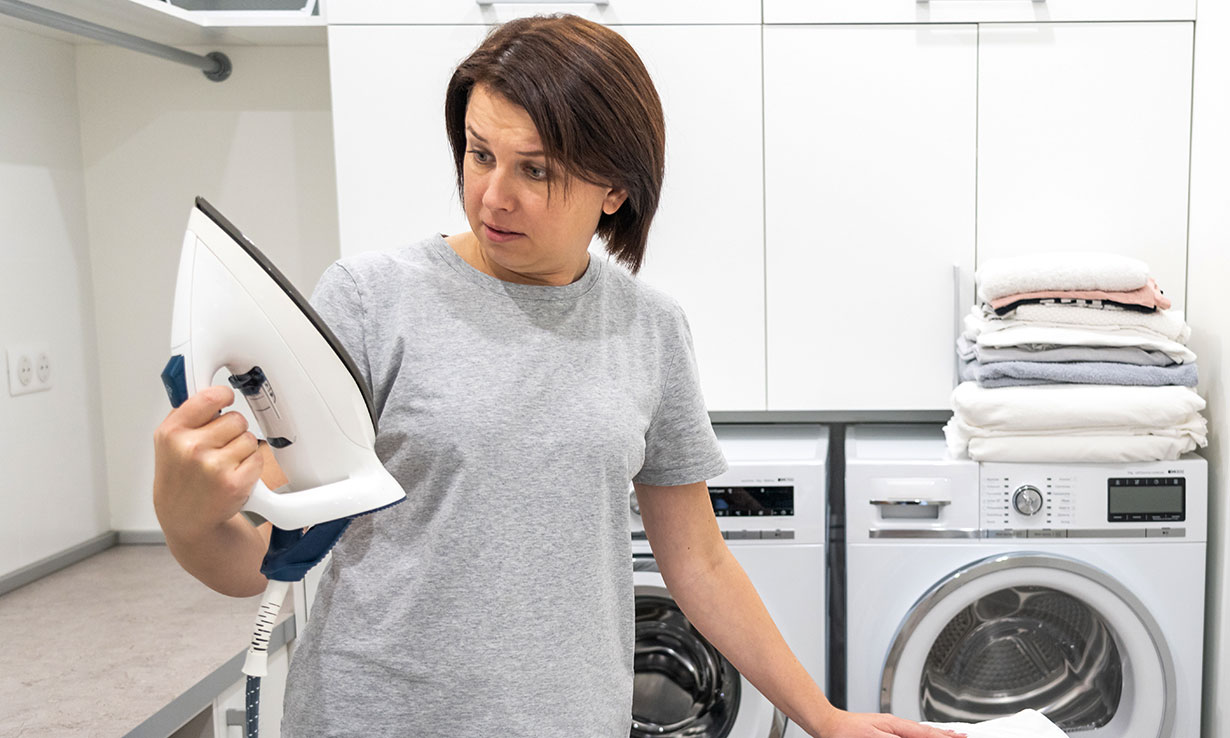 If you don’t want to fork out a fortune for an iron, there are some potential gems on offer from supermarkets and other retailers that offer a great compromise between price and performance.

But be aware that many of them will only offer the essential features, so if you want a super-powerful steam boost or single-temperature setting, you’re going to need to set a slightly higher budget.

And bear in mind that we’ve tested some good and bad irons across both supermarkets and named brands. There’s no way of knowing for sure whether a specific model is a smart buy, or avoiding a dreaded Don’t Buy, without looking at our expert steam iron reviews.