The car seat company BeSafe has issued a recall of its iZi Go X1 car seat because there is a safety risk when using it with the BeSafe iZi Go Isofix base.

The company has stated that the issue only occurs when using the car seat with the Isofix base, and that the group 0+ infant car seat is safe to use when installed using your vehicle’s adult seat belt.

Which BeSafe car seats are affected?

To find the serial number, turn your BeSafe iZi Go X1 seat upside down. On the bottom side you will find a white label saying “Serial no/ID” followed by a number with two letters and six or seven digits. 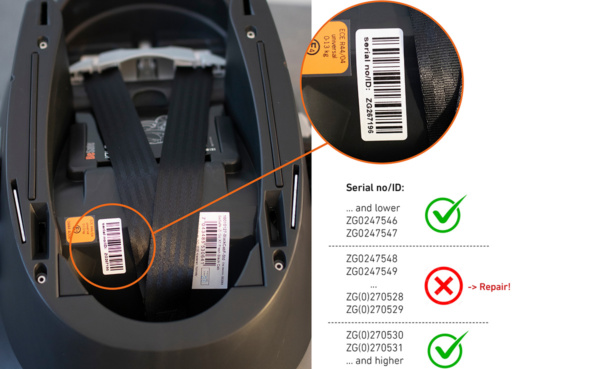 If you purchased a new BeSafe iZi Go X1 from 9 March 2020 on, you should check that it has the ‘CHECK 2020’ sticker next to the serial number label. This means the seat has been repaired and is perfectly safe to use.

What is the safety issue with the BeSafe iZi Go X1?

The problem is with what the manufacturer has called a ‘small tolerance change in a modified component involved in connecting the seat to the Isofix base.’

Translated, this essentially means the component would not be able to tolerate the maximum forces that might occur during a car crash.

The BeSafe iZi Go X1 car seat was launched in 2014, and the component in question was first modified in late 2017. However, it appears the fault has only arisen in recently produced models, and it was discovered there was an issue after carrying out tests in February 2020.

However, to be safe, BeSafe is recalling all seats that have the modified component. 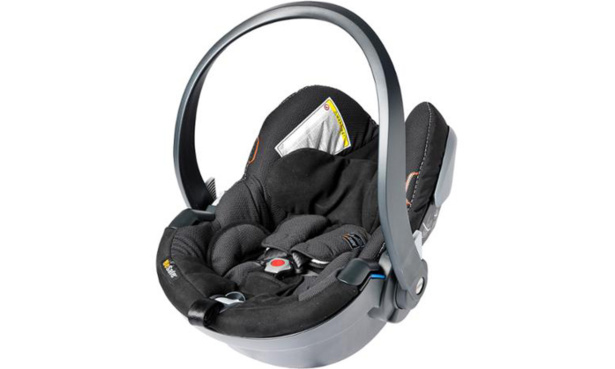 How can I get my car seat fixed during COVID-19 lockdown?

The manufacturer has said that affected seats are to be repaired immediately at selected BeSafe retailers.

However, due to the COVID-19 situation, many parents with a seat affected by the recall will be unable to visit a store as most (if not all) are likely to be closed.

The manufacturer has confirmed that while waiting to get an affected seat repaired, you can safely use your BeSafe iZi Go X1 by installing it with the vehicle belt.

If you need guidance on how to install it with the vehicle belt, watch the video below.

What does BeSafe say?

‘The performance of the [BeSafe iZi Go X1] seat did not meet our standards in our routine testing. This was the case only in the most extreme setting of the several tests we regularly perform. We have not received any reports about incidents or accidents related to this.

‘Since we have clearly identified the cause of the issue, we have developed a repair solution which eliminates the safety risk. We have thoroughly crash-tested the repair solution to ensure that it makes the seat 100% safe to use.’