Mobile phone provider Giffgaff has recently announced another ‘Goodybag Refresh’, upping the call and data limit on many of its most popular packages.

The goodybags set to be increased are:

The new data limits follow similar increases to Giffgaff’s middle-tier goodybags last year, which saw the £10, £12 and £15 packages get a boost.

Once again, existing customers don’t have to do anything – the new allowances will be applied to all bundles when they next renew. It sounds like a no-lose situation, but is Giffgaff really offering great value, or simply keeping up with the competition?

Can anyone beat Giffgaff’s Sim-only offering?

We compared Giffgaff’s Sim-only offer with other major mobile network providers and found that, in most cases, it was indeed cheaper than those offering comparable 1-month Sim-only contracts, and still competitive with many 12-month contract alternatives from rivals.

Giffgaff’s new double-data deals means it offers more data (80GB) for the same or less money than Vodafone, Utility Warehouse and O2, despite the former involving a 12-month contract.

At the other end of the scale, Giffgaff also seems to represent good value, especially compared to its parent network, O2. O2 charges double the amount for half the data (£16 for 1GB, compared to £8 for 2GB).

Many providers offer Sims cheaper when you take out a longer contract (typically 12 to 24 months), but even when taking this into account, Giffgaff comes out well. Consider that a 10GB package on a 12-month contract with O2 still costs you £4 more per month than a one-month contract with Giffgaff.

Find out more in our guide on how to get the best Sim-only deal.

The benefits of a no-contract Sim

Giffgaff, like other mobile networks, only offers 30-day Sims. This means that customers’ contracts roll from month to month and you have the freedom to leave with just 30 days’ notice.

Typically, no-contract customers are not subject to annual inflation-linked price increases on their mobile bills, either. And. although you may think that would mean increased costs, many 30-day contract providers have some of the cheapest deals around.

For example, Three offers 4GB for £10 on a lengthy 24-month contract, whereas Giffgaff’s offers give you 2GB more – charging the same price for 6GB with no contract.

No-contract Sims can also be useful on a temporary basis, for certain occasions like going on holiday, where some providers offer better value than others.

Read more on how to prepare your mobile phone for a holiday abroad. 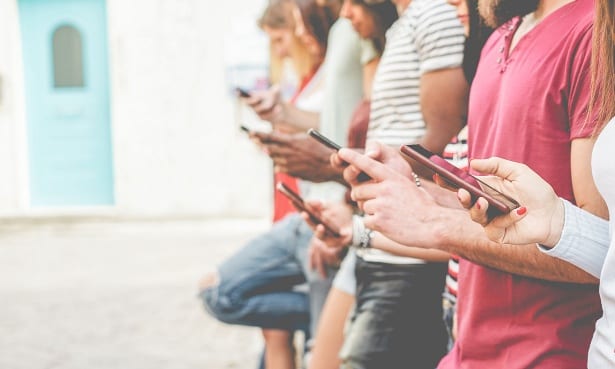 What if I don’t use much data?

Although Giffgaff has doubled the data on its higher data packages, its lowest data packages did not receive a boost.

The latest research also shows that the average user needs less than 3GB per month. If you are someone who doesn’t use mobile data often, it might be worth looking at the smallest data packages.

Other providers such as Asda Mobile (2.5GB for £7pm) and Tesco Mobile (2GB for £7.50) also offer cheap low-data packages and are well worth taking a look at.

Read our guide on how to keep track of your data to make sure you don’t pay expensive out-of-bundle charges.