Samsung’s Galaxy Z Flip is now on sale, which means the tech giant has two foldables for you to choose from. If you’re comfortable spending more than £1,000 on a shapeshifting smartphone, which model is right for you?

The original Galaxy Fold got off to a rather rocky start, with the phone hitting the headlines for all the wrong reasons after users named and shamed the fragile display. Since then, Samsung has tweaked the design and launched the 5G-capable Galaxy Fold.

For people who find the Fold a little too chunky, Samsung has launched the Galaxy Z Flip in a more pocket-friendly package. See how these two smartphones compare below.

Browse all the best mobile phones from our tests.

Both the Samsung Galaxy Z Flip and Galaxy Fold are designed to give you more screen space when you open them. But while the Z Flip transforms into a larger, rectangular mobile, the Fold opens like a book to give you a tablet-like experience.

Here’s a look at how these two future-gazing smartphones compare in terms of specs:

The Z Flip may be the cheaper of the two, but it’s hardly an option for buyers on a budget as it costs around £1,300 Sim-free. It comes in black, purple or gold.

With Samsung’s clamshell phone closed in the palm of your hand, you’ll be staring at a mini 1.1-inch external display. It cycles through your notifications, so you can check a text or incoming call without opening up the mobile. If you tap a notification on the external display and then open the phone, you’ll automatically be sent to the relevant app. 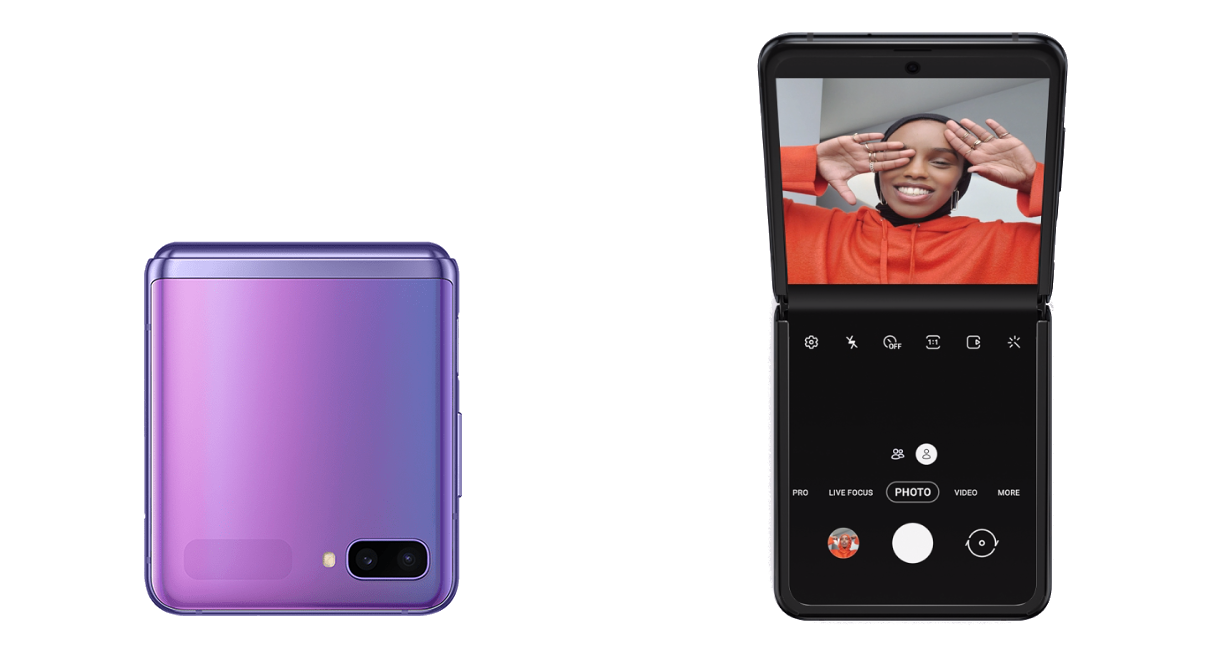 The Z Flip’s fold runs horizontally through the middle of the 6.7-inch inner display, and Samsung has intentionally designed the hinge resistance so you can stand the phone upright if you’re making a video call or watching a YouTube clip – something not possible with the Galaxy Fold. The top half of the phone becomes a viewing window, while the bottom half deals with the controls.

The Samsung Galaxy Z Flip comes with an all-day ‘dual battery’ that the tech giant promises will hold ‘more power in less space’. But in terms of battery capacity, the Fold has the Z Flip beaten.

Who is the Samsung Galaxy Z Flip for?

You’ll feel a buzz of nostalgia holding the Galaxy Z Flip if you used to own a flip phone back in the day. It’s worth considering if you want a smartphone that’s easy to carry around but powerful enough to run multiple apps at once.

But this is first version of the Z Flip doesn’t support 5G – the pricier Galaxy Fold does.

You’ll certainly turn some heads with the Z Flip in your hand, but is the price justified? Head over to our Samsung Galaxy Z Flip review for our thoughts.

You get a much larger foldout display on Samsung’s smartphone, making it better-suited if you enjoy multitasking on the move.

The star of the show is the 7.3-inch Infinity Flex Display – you can shift and resize app windows with a tap or a drag. There’s a whopping 12GB of Ram keeping the Fold 5G ticking over. 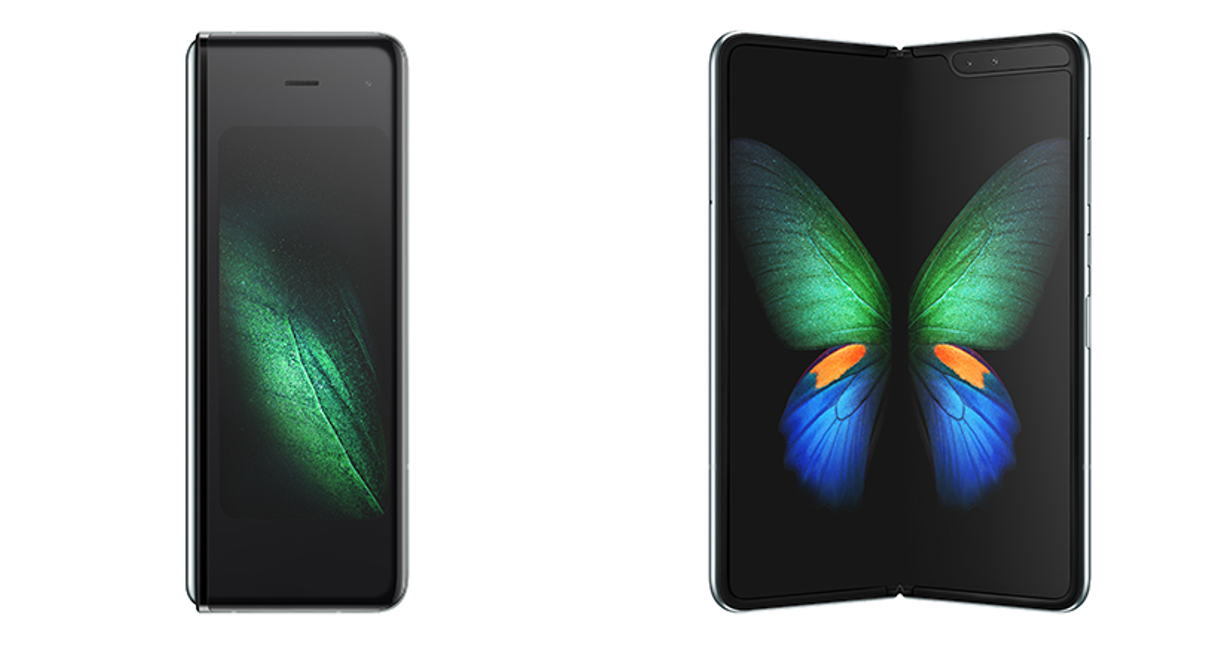 With the Samsung Galaxy Fold snapped shut, you’ll be able to use the 4.6-inch cover display. It’s designed for one-handed use, which means the display sits in the middle of the phone’s frame rather than extending to all four corners.

Who is the Samsung Galaxy Fold for?

You’ll be leaning towards the Fold over the Z Flip if you like multitasking on your mobile – the 7.3-inch display is perfect for this.

Big screen aside, the Fold is 5G capable which no doubt contributes to the high price.

Seeing the Razr will leave you feeling nostalgic if you were once the proud owner of the original Motorola RAZR V3 of 2004. Inspired by that original design, Motorola has reworked the mobile with a modern twist.

Like its predecessor, the reimagined Razr can flip shut once you’re done with a call. But whereas the original phone had a physical keyboard on the inside, the 2020 edition has a 6.2-inch touchscreen display. 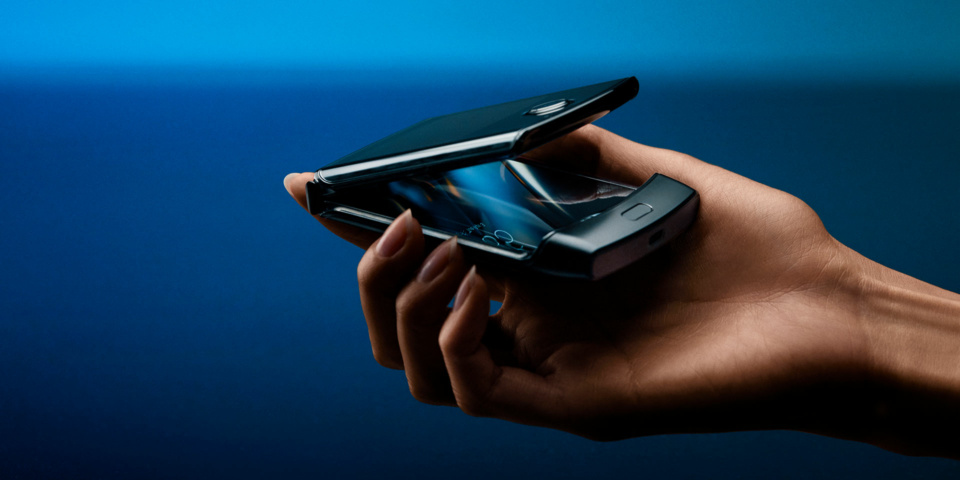 The Quick View display on the front of the phone gives you an overview of your notifications. You get access to basic controls such as a music player and the front camera without having to open up the Razr fully.

Motorola reckons you’ll get ‘up to 28 hours’ of screen-on time with the Razr, although we haven’t tested that claim in the Which? lab yet. The phone also has TurboPower support for speedy charging.

Read five reasons why the Flip is more cutting-edge than the Razr.