15-inch laptops offer flexibility that other sizes of laptop can’t match. Their big screens make them ideal for those who need text and images to be a little larger, but come in such a sheer variety of specifications it’s possible to nab one that’s both powerful and not too heavy.

Our latest batch of laptop reviews – arriving fresh from our test lab each month – contains a variety of 15-inch models. We run through a few recently reviewed models to show what you should expect from a 15-inch computer.

Answer three quick questions to find the perfect laptop, or browse all our laptop reviews.

You can get a lot of laptop for not very much money, which is good news if you don’t have the budget to go for one of the higher-end options featured below. For around £400, you can grab a computer with a mid-range processor, and enough Ram and storage to get the basics done along with a sharp Full HD screen, as these two examples show. 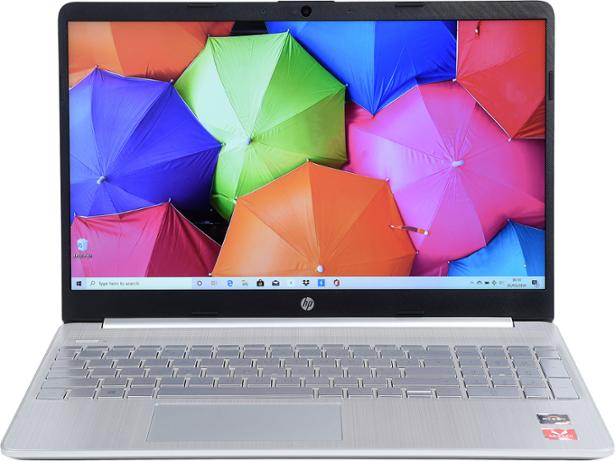 This HP model is a typical example, featuring a dual-core AMD Ryzen 3 processor, 4GB of Ram and a 128GB solid-state drive (SSD). This is plenty for getting web browsing and Microsoft Office tasks done, although if you find yourself opening a lot of programs and web browser tabs, you may want to look for a similar laptop with 8GB of Ram instead. 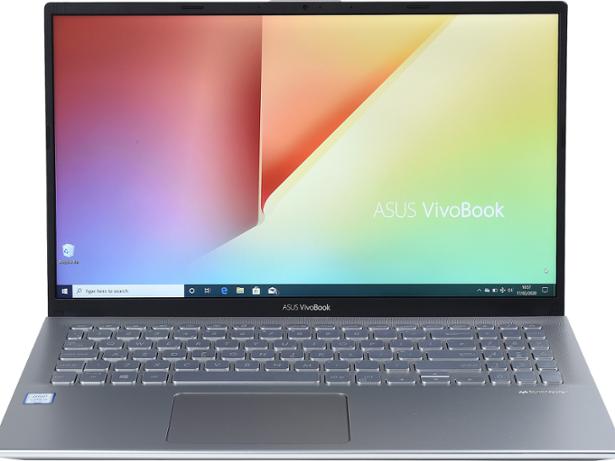 Meanwhile, the Asus has a similar set of specs, with Intel’s Core i3 processor very much in the same speed category as the AMD chip found in the HP.

Both laptops weigh around 1.6kg and reasonably thin at 18.7mm (HP) and 21.1mm (Asus) thick. This means that while their larger screen size means they perhaps won’t fit into small bags, they will happily live in a backpack or satchel without weighing you down too much. They both have Full HD screens, too, so text should look sharper and clearer than on cheaper HD screens.

If you up your budget, you certainly up the speed of the computer you’re going to get. Switch out those dual-core Ryzen 3 and Core i3 processors for quad-core i5s and Ryzen 5s, plus 8GB of Ram for a better multi-tasking experience. 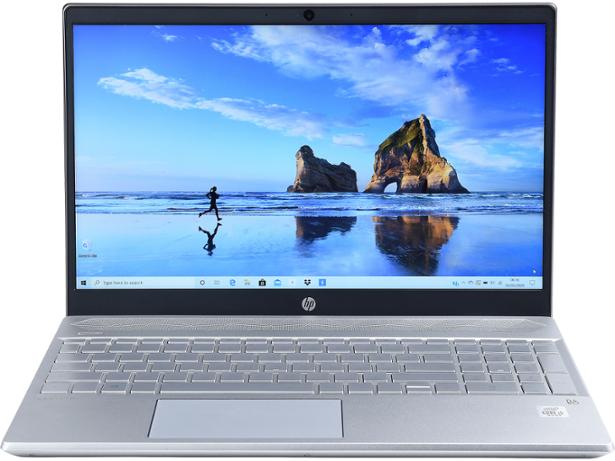 The HP Pavilion 15-cs3009na (£650) typifies this price point, with its Core i5 processor coming from Intel’s very latest ‘10th-generation’ range. There’s 8GB of Ram and a capacious 512GB SSD. It’s a bit heavier and thicker than the laptops in our cheaper price range at 1.67kg, but you do get a bit more speed as a result. 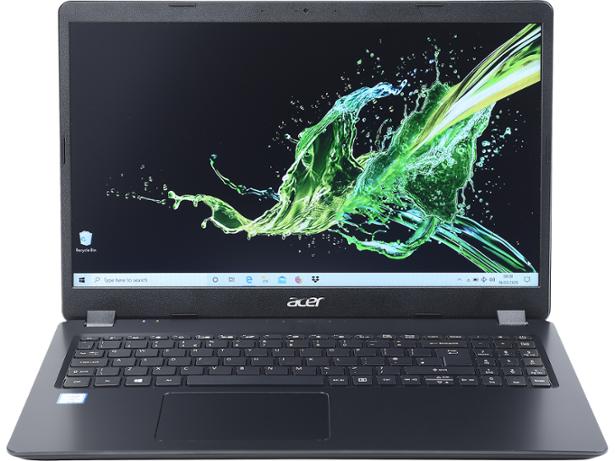 Meanwhile, the Acer takes a different tack. There’s a Core i5 processor, but it’s older so just a tiny bit slower than Intel’s latest. There’s 8GB of Ram, but Acer has plumped for a hard disk instead of an SSD. A hard disk uses moving parts to store and access data, so are a lot slower than their SSD equivalent. The upshot is that you get a lot more space – 1TB (1,000GB) instead of 512GB, and for less money.

More confusingly, the screen is a mere HD model, which means it will be less sharp and clear than on other laptops that come with a Full HD screen. It’s also heavier, weighing 1.76kg. This is on the verge of being a bit too heavy to carry around.

Like with many things in life, if you pay more money, you get more choices. 15-inch laptops aren’t always just basic computers for work tasks, and you can get something pretty special if you go for a model that costs closer to £1,000. These two examples show the sorts of extras you can expect if you increase your budget, with one gaming laptop and one versatile 2-in-1. 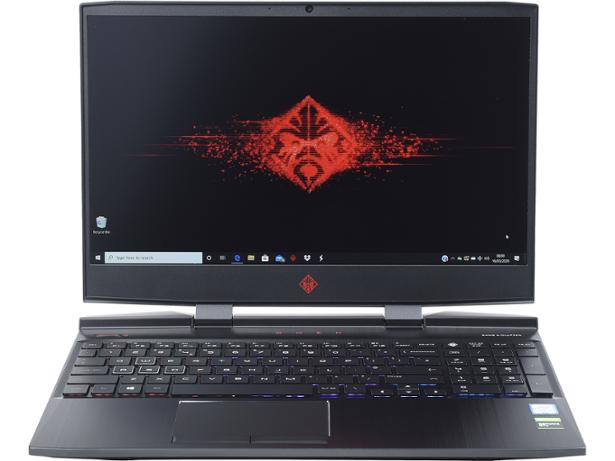 The HP Omen 15 (£899) is a fully-fledged gaming laptop. It’s big and chunky, weighing a hefty 2.3kg and 2.7cm thick. Still, if you’re moving from a gaming desktop computer to a laptop, you’ll feel positively liberated being able to carry this laptop around at all. You get all the trimmings you’d want from a gaming laptop, including a dedicated graphics card from Nvidia, both an SSD and a hard disk, a powerful Core i5 processor and 8GB of Ram.

Plus you get a silky-smooth, high refresh rate screen with Full HD resolution. See more about what you should expect from gaming laptops with our guide to the best gaming laptops. 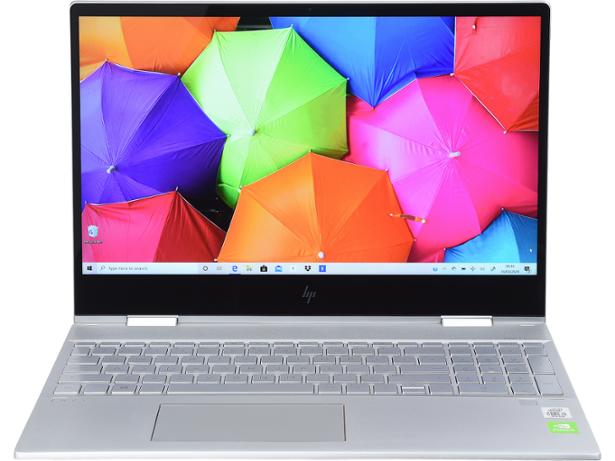 If you’re after something a bit more versatile, this HP Envy could be the best bet. It’s thin at 1.8cm thick and weighs 1.935kg.

This might seem heavy, but keep in mind this is a laptop with a beefy screen hinge that lets you flip the screen all the way around so you can use it like a tablet, making it easier to use when you just need it for watching videos or browsing the web using the touchscreen. There’s a Core i5 processor, 8GB of Ram and a large 512GB SSD. You also get dedicated graphics from Nvidia, although not as powerful as the graphics card found on the HP Omen 15.

Does paying more get you a better laptop?

Spend more and you have a better chance of getting a better laptop, but even at higher price ranges there are no guarantees. As you can see from the data below, the average test scores for 15-inch laptops is pretty close whether you spend more or less than £600. 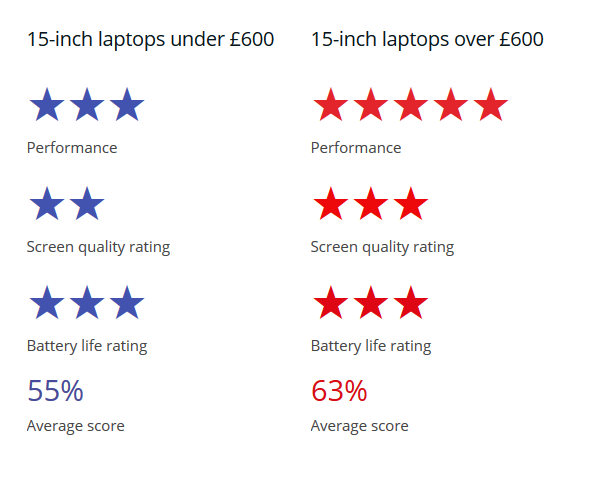 Simply spending more will probably get you a faster laptop, but the other key elements that separate an OK laptop from a great one are still dependent on whether it’s been given that extra care and attention by the manufacturer. For instance, screen quality on cheap laptop continues to be something of a disappointment.

There aren’t many laptops with screens that are so bad they’re unusable, but most of them do lack the sparkle that make using them for watching films and looking at photos genuinely enjoyable.

Our lab tests ensure you know the facts before you buy. See all our laptop reviews.