The iPhone 11, the least expensive phone in Apple’s flagship 11 range, still costs an eye-watering £779. At £419, the newly-launched iPhone SE isn’t exactly budget-friendly either, but represents a saving of more than £350 on the iPhone 11.

We’ve rounded up the key differences between the iPhone 11 and the iPhone SE, to help you decide whether it’s worth splashing out on the more expensive of the two.

Looking for a more affordable phone? Check out our guide to the best cheap mobile phones.

See the highlights from the new phone, and see how it compares to its big brother, the iPhone 11.

The iPhone SE is the smallest iPhone Apple has launched.

The iPhone 11 is very different. It has a much bigger screen (6.1-inches), a higher resolution (828 x 1,792 pixels) and a better screen-to-body ratio of 79%, with a small cutout for the selfie camera. As with all iPhones from the iPhone X onwards – until now, that is – it doesn’t have a home button.

Our advice: The iPhone 11 has a better-looking, and bigger, display. But, if you’re after a compact phone, and you miss having a home button, the iPhone SE might be better for you. 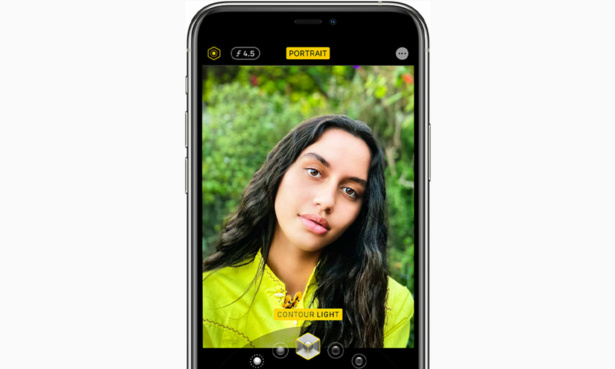 Marketing for the iPhone 11 was heavily focused around photography, so you can probably guess that there’s much more on offer there when it comes to the camera.

The iPhone SE has one 12Mp wide angle camera, and the selfie camera is only 7Mp. However, the iPhone SE does offer some fun features, such as portrait mode (even in selfie mode), plus depth control,  portrait lighting and Smart HDR.

All three cameras can record in 4K video, too.

Our advice: The iPhone 11 definitely leads when it comes to photography, offering an additional rear camera, plus a higher-resolution selfie camera. If you’re just a casual photographer, the camera on the SE sounds like it should be more than good enough, and comes with plenty of creative features. 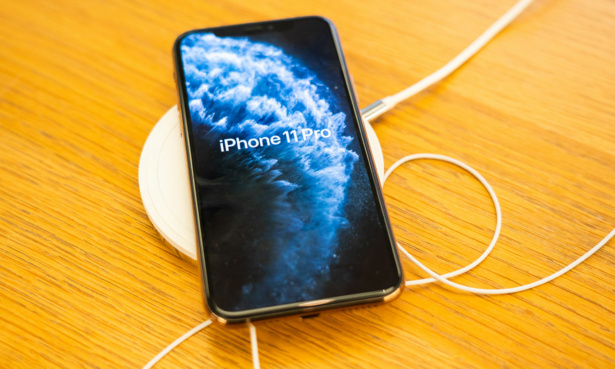 The iPhone 11 has a bigger battery of 3,110 mAh, compared to the SE’s 1,821mAh. Apple claims that the iPhone SE will last about the same length of time as the iPhone 8, offering up to 13 hours of video playback. The iPhone 11 is claimed to last up to 17 hours.

Both phones support fast charging with an 18W adapter, which should give you up to 50% in just 30 minutes. Both also support Qi wireless charging.

Our advice: It’s useful that the iPhone SE supports fast and wireless charging, but the bigger battery in the iPhone 11 will likely take you further through the day.

Operating system and ease of use

Some of the new features that come with this operating system are Dark Mode and Portrait Lighting Control so you can add lighting effects your portrait mode flicks.

Your experience of using this OS will differ across the two phones, though, as the iPhone SE is significantly smaller than the 11. As we said before, it’s the smallest of the iPhones. So, if you’re used to having a tablet-sized smartphone to hold onto, the smaller phone won’t be your cup of tea.

Our advice: Both iPhones are on par when it comes to the OS. But, if you want a large screen with more space to enjoy the new OS, the iPhone 11 gets our vote.

The iPhone 11 and iPhone SE have the same processor: the Apple A13 Bionic Processor. According to Apple, this is 20% faster than its predecessor, the A12, but uses 25% less power, which should equate to a longer battery life.

It’s the same processor that’s in the iPhone 11 Pro, so we’re impressed that Apple has managed to pack this into the much-smaller iPhone SE. We mentioned earlier that the iPhone SE is similar to the iPhone 8, but this processor is what sets it apart.

However, the iPhone 11 is slightly more powerful, with 4GB of Ram compared to the 3GB that the iPhone SE has.

Our advice: Both have Apple’s latest and most powerful processor. If you use your phone a lot, and expect power, you’ll benefit from the extra Ram. You’re unlikely to notice the difference if you don’t use your phone quite so often. 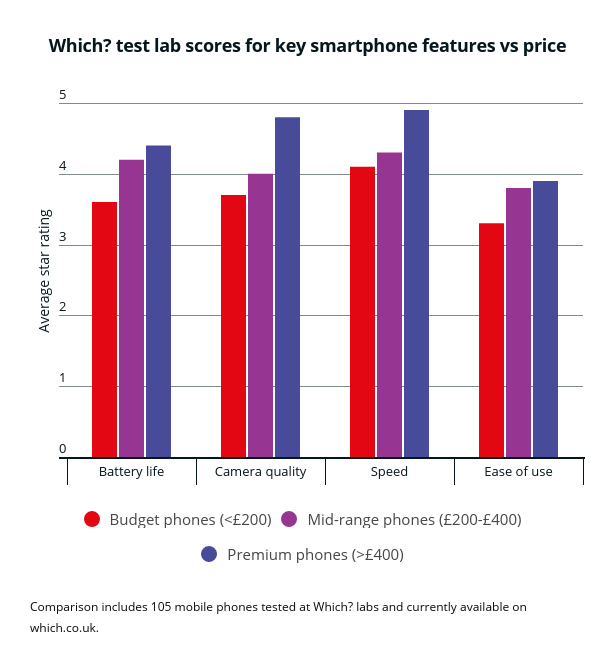 Apple’s decision to use its newest processor and operating system in the iPhone SE shows that you don’t always have to pay the highest price to get a smartphone with the latest specs.

If what matters most to you is having a phone that’ll get you through the day with a single charge, or is easy to use, you’ll be able to get a phone that ticks those boxes for £200.

If you want terrific camera quality, you’ll need to spend more than that. In most cases, pricier phones come with multiple cameras, bigger batteries and more powerful processor chips that look great on paper.

That said, we’ve tested impressively cheap models under £300 that delivered over 30 hours of call time in our battery tests – and we’ve tested some models that cost £800 17 hours.

Our tests prove that you don’t have to break the bank to get a great smartphone. Use our mobile phone reviews to pick your next upgrade. Or, to find out more about our rigorous lab tests, head to our guide on how we test mobile phones.