British holidaymakers are spending thousands of pounds on airfares home – only to end up stranded and broke when flights are repeatedly cancelled.

Airlines including Etihad and WestJet are failing to refund or reroute passengers, instead offering travel vouchers. Meanwhile, they continue to sell seats at inflated prices.

Desperate Brits have had multiple flights cancelled and are owed hundreds, even thousands of pounds in flight refunds, leaving them struggling to pay for food and accommodation.

Others are facing further worry as their visas and travel insurance expire, leaving them with gaping holes in their cover.

Rory Binson is marooned in Cambodia with his wife and two young children, aged four and one. He spent more than £3,000 on airfares from Phnom Penh to Aberdeen as soon as the Foreign & Commonwealth Office (FCO) urged all UK travellers to return home.

But just nine hours later, the flight, booked through Lastminute.com with Asiana Airlines, was cancelled.

Lastminute.com said the refund would be issued in the form of a voucher, which would take longer than usual to process. That’s despite its normal terms and conditions promising a full refund.

Now, Mr Binson is in a race to get home before the country goes into lockdown and airports close, but seats on commercial flights come at a hefty price.

He said: ‘Qatar has been stringing out the odd extortionate flight, out of reach for most of us here who are already thousands of pounds down. I have asthma and my family needs that money as a matter of survival – to pay for essentials such as accommodation, food and medicine.

‘A voucher for a future holiday with a company that may not be in business by the time anyone is able to travel is less than helpful at this point.’

Mr Binson has had limited correspondence from Lastminute.com. One email urged customers not to call its help centre due to the exceptionally high call volume.

‘We’re here for you’, it insisted in its sign-off.

Travel insurance due to expire 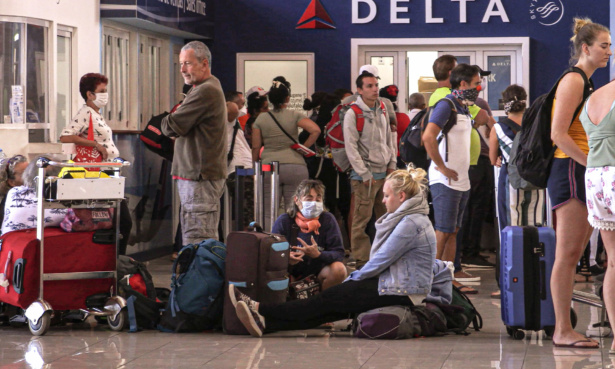 Anne Marie Fournier is stuck in Canada after she made two attempts to fly to London Gatwick with Canadian carrier WestJet. Both flights were cancelled, leaving her $1,200 (£690) out of pocket.

Her situation is becoming increasingly desperate as she is low on prescription medication and her travel insurance is due to expire.

It means she will be left without cover for COVID-19-related claims. Major insurers are suspending sales and restricting their policies in the wake of the outbreak.

She added: ‘The airline says it’s up to the UK government to get me home, but the government say it’s WestJet’s responsibility. I’m scared. No one is helping me.’ 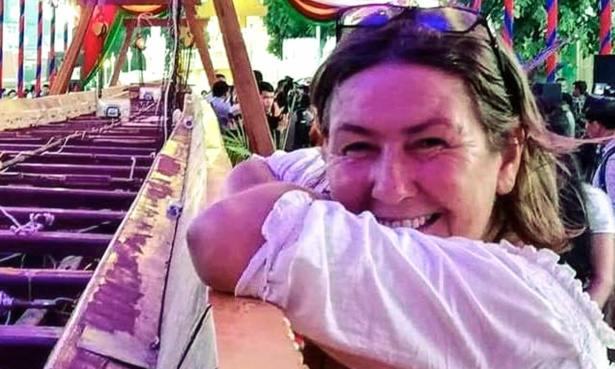 Jo Swift is facing a similarly bleak situation in Mae Sot on the Thai/Burmese border after Emirates cancelled her flight and grounded its fleet.

She had to borrow a friend’s credit card to pay for a replacement flight with Etihad, booked through online travel agent Bravofly. This too was cancelled, with neither company issuing a refund.

Ms Swift was not rerouted, despite Etihad having empty seats on a UK-bound flight the same day (24 March). Instead, the airline was selling fares in excess of £1,000 online.

She told us: ‘It’s a nightmare. I can’t afford to pay the prices some airlines are asking for. And I can’t get to the international airport as all flights to Bangkok are now suspended. The airlines and agents have behaved appallingly. I am totally stranded with no idea of what to do.’

A spokesperson for Etihad told Which? Travel that the flight being sold online was subsequently cancelled.

They added: ‘There has been no change to Etihad’s pricing policy as a result of COVID-19. Ticket pricing does vary according to the time from departure and the number of seats available, and we are aware that those flights were in high demand at that time.

‘The confusion and stress caused to our guests by this unprecedented situation is very regrettable.’ 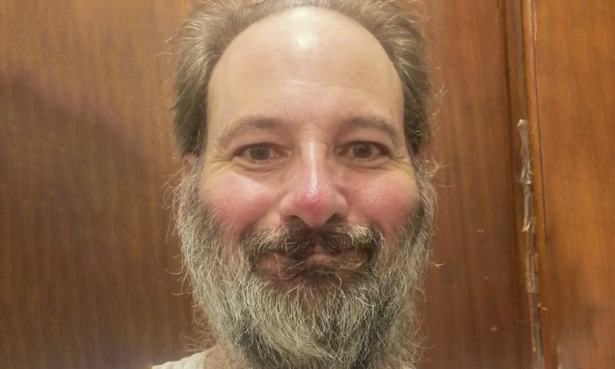 Dean Southall is stranded in Cambodia after making two failed attempts to get home.

He has currently forked out more than £850 for flights with Malaysia Airlines and Scoot. So far, not a penny has been refunded.

He’s seen charter flights arrive to rescue German and French citizens – but so far nothing from the UK government.

Mr Southall: ‘I’m sick and tired of booking flights and them getting cancelled. I saw one flight for almost £3,000. That’s profiteering in my book. For a lot of people stuck here the money will eventually run out.’

Malyasia Airlines said the responsibility lay with Trip.com, the agent which handled the booking. However, the third-party site has also provided no assistance. As a result, the airline has agreed to reroute Mr Southall from Kuala Lumpur – as long as he can arrange a connecting flight.

Even the flights laid on by the government could be a stretch for stranded Brits. The FCO has revealed that fares from the Philippines are as much as £1,000 per person, while the first rescue flights from Nepal cost £800. Rescue flights from South Africa and India cost £855 and £681, respectively.

Speaking at the government’s daily press conference, Dominic Raab insisted that the FCO is working with other governments and airlines to bring home ‘as many stranded British nationals as we possibly can’.

He went on: ‘For those travellers who are still stuck abroad, we’re doing everything we can to keep international airports open, to keep commercial flights running and to charter flights when there are no other options.’

If your flight is cancelled, your airline owes you a refund or the cost of a replacement flight – but only if you were due to fly from an EU airport or with an EU carrier.

You can also claim back the cost of additional accommodation expenses you incurred, as well as any other reasonable costs such as transport to the airport.

For non-EU flights, it’s more complicated. People should check the national rules, as well as the airline or travel agent’s terms and conditions. For more information, read our coronavirus outbreak Q&A with advice for UK travellers.

We are putting pressure on airlines to stop them cashing in on the misfortune of their customers and prioritise getting them home safely.

We are also calling on the government to explore all options to get stranded Brits on the first available flights home.