UK residents stranded overseas amid the coronavirus pandemic have slammed a government repatriation loan as ‘a publicity stunt’.

The Foreign and Commonwealth Office (FCO) has announced that an emergency payout is available for those who can’t afford a flight home.

But UK travellers say that the money is almost impossible to apply for. And even if they are successful, they risk their passport being cancelled if the loan isn’t paid back in six months.

Find more unbiased advice on travel and the coronavirus, award-winning investigations and legal advice on holiday refunds and cancelled flights with Which? Travel

Last week, the government pledged to spend £75m chartering rescue flights – but only in countries where commercial routes are no longer available.

Elsewhere, travellers have been urged to get the first available flight home before airports and borders close. But this is proving all but impossible in countries like Cambodia and Vietnam where flights appear for sale, often at inflated prices, only for them to be cancelled again.

Many UK residents stranded abroad have already had multiple flights cancelled and are several thousands of pounds out of pocket because airlines are refusing to issue refunds. It has meant that in some cases those stranded have completely run out of money.

Even the government’s rescue flights are proving a stretch for stranded travellers, with fares as much as £1,000 per person. It is now capping fares by mileage after facing a strong backlash. 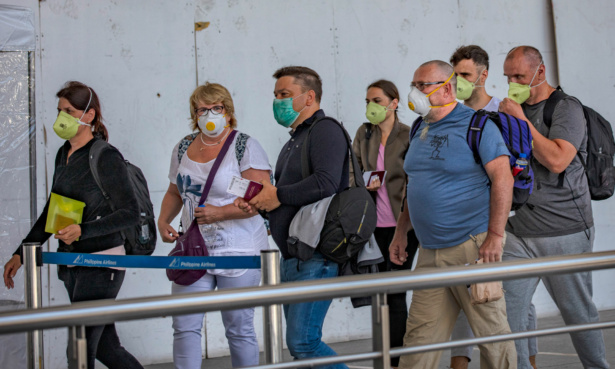 The FCO has said it can give travellers in difficulty a loan to help them get home, but only as a ‘last resort’.

First travellers must exhaust all options – but that isn’t just asking family and friends, but includes asking employers, applying for a credit card and setting up a public fundraising page.

Carole Fernie is in her overdraft after her flight out of New Zealand was cancelled. Emirates says she can use her ticket anytime in the next 24 months or accept a travel voucher rather than receive a £2,000 refund.

Even so, she won’t be applying for the FCO loan.

She said: ‘The government  is advising me to beg, steal and borrow from family and friends first. Then set up a ‘Go fund me’ page. It’s an absolute disgrace.’

Even if the repatriation loan is granted, it can only be used for the cheapest available flight home. There is no financial support for medical bills, food or accommodation costs while waiting for the flight.

It also has to be repaid within six months. If not the applicant’s details will be passed onto a debt management agency. Their passport may also be cancelled.

Ms Fernie added: ‘How are they expecting people to repay loans of possibly thousands in that short space of time?’ she added. ‘We’re almost being held to ransom by the British government.’

Traveller John Heath, was equally unimpressed with the FCO assistance, calling it ‘a ‘publicity stunt’.

Anthony Ellams, stuck in Cambodia, added: ‘Other countries have helped their nationals to get back at very fair prices. Not us. We’ve been cheated.’

Kevin Issac is trying to raise the funds for a flight out of Thailand. He requested the loan application form, which he described as ‘clear as mud’.

He found it needed to be printed and filled in by hand, then scanned and sent by post – no easy feat when movement is restricted.

He said: ‘Even if I could afford the flight, the embassy says it’s on my neck to get to the airport. All public transport has been stopped here, so I’d have to walk 200 miles. It’s all lip service. We’re stranded with no help whatsoever.’

The FCO has since told us that it has: ‘relaxed the requirement for applicants to provide physical evidence that they have exhausted all self-help options and is now allowing remote emergency loan applications that are signed electronically rather than in person.’

Some embassies better than others?

Which? had heard from one loan applicant who reported a positive experience, with the British embassy in New Zealand.

They said: ‘I recommend everyone use the travel loan. They (the embassy) are very helpful. I rang them this morning and I’m booked on a Qatar flight tomorrow.’

The FCO spokesperson told Which? Travel that several hundred emergency loans have so far been issued to repatriate British travellers on both commercial and chartered flights back to the UK.

A spokesperson said: ‘We recognise British tourists abroad are finding it difficult to return to the UK because of the unprecedented international travel and domestic restrictions that are being introduced around the world – often with very little or no notice.

‘In exceptional circumstances, the FCO may be able to provide an emergency loan from public funds to help British travellers pay for flights to return home. We have also made this financial support easier to access.’