The latest 4K TVs we’ve reviewed from Sony will run you anywhere from £450 to more than £1,000. The mixture of entry-level, mid-range and high-end tellys gives an excellent overview of the quality of Sony’s 2020 line-up.

Differences can vary wildly between all the ranges. The picture processors, app support and even the position of the speakers will depend upon how much you spend.

Quality can follow price, but it’s not always the case that spending big gets you a better telly, so which of Sony’s ranges impressed us most and are they better than equivalent LG and Samsung models? 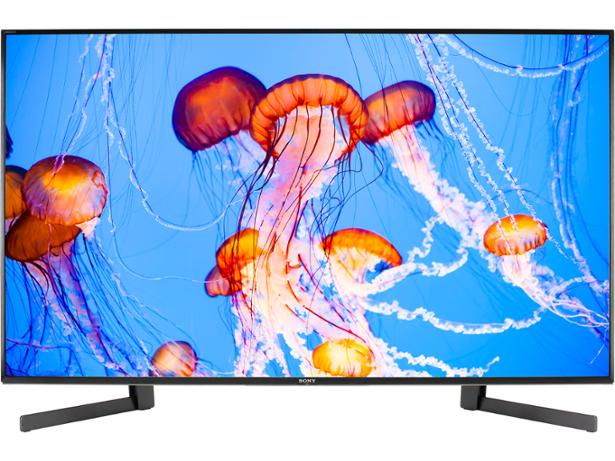 We’ll start with the priciest set we’ve tested from Sony so far and work our way back to the cheapest.

With its Charlie Chaplin feet, the 9505 is an odd-looking TV, but the screen, and the picture it can produce, shouldn’t be nearly as divisive. It uses the X1 Ultimate processor, which is Sony’s best. Think of it as an extremely observant quality controller. It’s watching whatever you’re watching, making the necessary tweaks to everything on screen to enhance the clarity and colour.

Unsurprisingly for such a high-end processor, the 9505 looks good, particularly when displaying 4K content.

Sony likes to take novel approaches to sound. We were skeptical when it announced that its OLED TVs would have vibrating, sound-producing screens, and we weren’t sure whether the tweeters placed behind the screen would make a big difference on the 9505. The aim of this unusual positioning of the speakers, where they normally tend to be at the base of the screen pointing down, is to have the sound come from specific points on the screen. Think dialogue coming from a characters mouth, or the roar of a car engine sweeping across the screen following the motion of the vehicle.

That’s the idea anyway. Sound is a big challenge for TVs and it’s great to see Sony approaching it in a new way.

Head to our full review of the 49-inch KD-49XH9505BU to see if the experiment paid off. 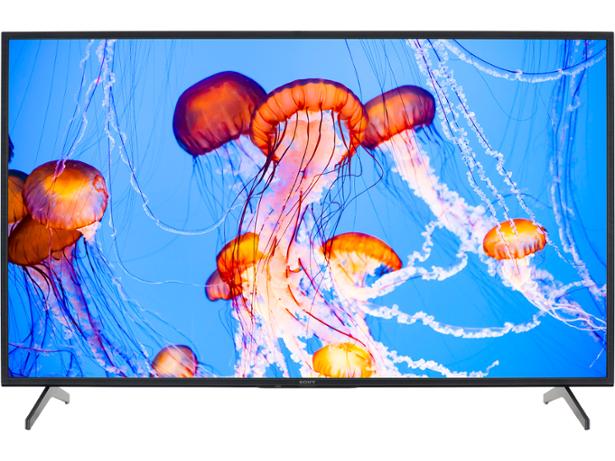 It’s one of Sony’s cheapest ranges, but it has features that were reserved for pricier sets a few years ago. Dolby Vision is an advanced HDR format that can adjust contrast to suit each scene; the more basic formats, HDR10 and HLG, which are also supported, can’t do this.

Boosting contrast can be a double-edged sword. Sure the whites get brighter and blacks deeper, but this can obscure detail and it sometimes leads to content looking too dark or bright. Dolby Vision’s dynamic adjustment should avoid this pitfall and make HDR viewing on the 8096 that bit better.

Sound gets a boost, too, and we’ve got Dolby to thank for that. Dolby Atmos is a relatively new sound-processing technology that simulates sound coming from above, such as a plane passing overhead or bullets whizzing by. These sorts of surround sound effects can be hit and miss. They work best when speakers are actually pointing in the direction the sound wants to go, or are positioned in the right place, such as behind your head, or even above it in some cases.

Having technology like this on board certainly looks good, but it’s no guarantee of good sound. Dolby Atmos isn’t going to make the dialogue and crisper, or give the audio more balance; that’s all up to Sony’s engineers.

Is all this Dolby technology masking a mundane TV? We reviewed the majority of the range to find out. 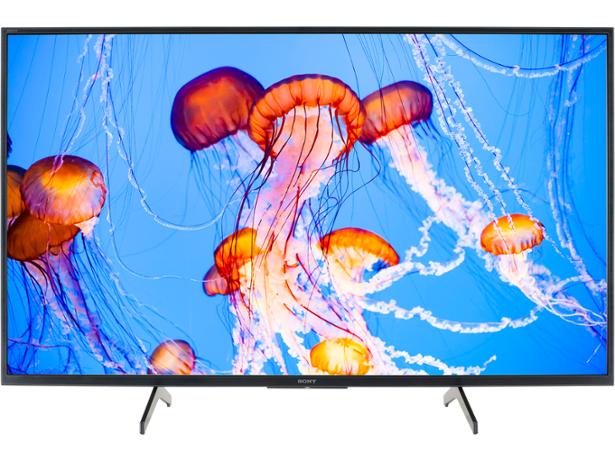 These are Sony’s cheapest 4K ranges and they lack some fundamental features. There’s no app store to speak of, so you can’t download any extra apps; some are pre-installed, but it’s unusual to not have the option to get more. Tied to this is the lack of Android TV, which is used on many smart TVs; instead, these models use a more basic system that doesn’t have as many customisation options.

We expect cheaper TVs to be more basic, but we were still surprised that these TVs didn’t have app stores. Still, you can get around this by buying a TV streaming device, but no amount of extra devices will fix poor picture or sound.

We’ve seen cheap ranges do well in the past, but we were worried that the paired-back nature of the 7053 series would extend to its quality. You can check our full reviews to see if our concerns were founded.

Sony’s LCD sets haven’t had the best time of it in our test labs. They rarely get Best Buys and tend to be overshadowed by LG and Samsung models that combine crisper sound with more natural colours and contrast.

With new processors, speaker placements and increased support for Dolby sound and vision technology, 2020 could be the year for Sony’s LCD TVs.