As electric and hybrid cars alike promise ever-increasing electric driving ranges, we take a look at how new electric cars such as the Kia E-Niro and Mini Electric compare to models from electric giant Tesla and whether hybrids are becoming more economical to run.

While lockdown lingers on, and many of our cars sit idle, now could be the perfect time to take stock and give some thought to making the move to a hybrid or electric car once lockdown is over.

Not only could it cut your regular spending on fuel, there are environmental benefits too, by way of lower (or zero) emissions. Plus, if you opt for a fully electric car, you’ll be exempt from road tax.

Concerns about performance and driving range may have put you off in the past, but our lab experts have recently tested some hybrid and electric cars that are so good we’ve made them Best Buys; some have even outperformed their combustion engine siblings.

But buyer beware; we’ve also discovered some hybrid and electric cars that have left us disappointed.

Take a look at our summaries of the latest hybrid and electric cars we’ve tested, or head over to our expert reviews of the best hybrid cars for 2020 to help you draw up a shortlist.

The latest hybrids: should you be considering one?

If you’re not yet ready to go fully electric, a hybrid is the logical compromise, offering the economy of electric power over short distances with the back up of a traditional engine.

There are three types of hybrid to choose between; standard hybrids and mild hybrids, which don’t need to be recharged by plugging them into the mains, and plug-in hybrids.

Do your research into specific cars before deciding which type to go for. We’ve found some standard hybrids with outstanding fuel economy that even beat their plug-in hybrid counterparts.

Our hybrid car reviews reveal whether hybrids deliver the electric range and the fuel economy they promise. 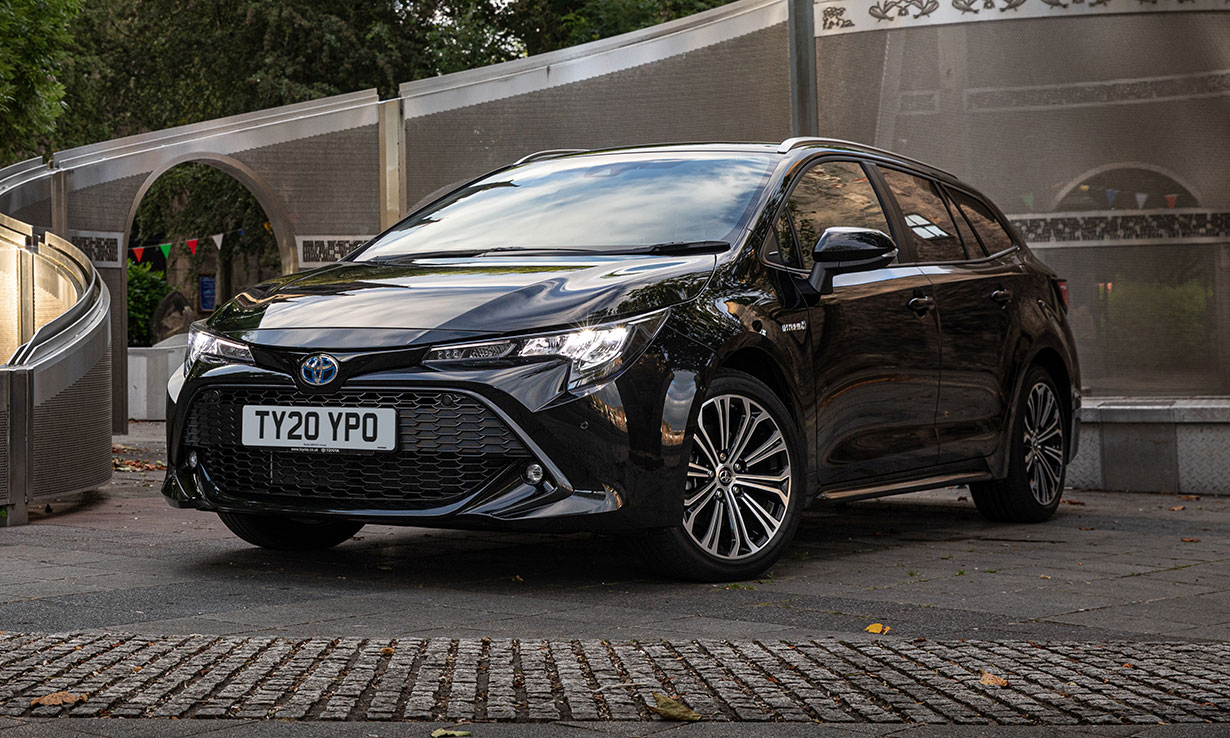 The Touring Sports is the estate version of the Toyota Corolla, which relaunched in the UK last year to massive fanfare. It’s a standard hybrid, so no need to plug it in.

There are four trim levels to choose from; the base spec comes with 16-inch alloy wheels, automatic LED headlamps, heated front seats, a 7-inch touchscreen multimedia system, DAB radio and a reversing camera as standard.

We see if it lives up to expectations – our expert lab testers and drivers put it through its paces in our Toyota Corolla Touring Sports Hybrid review. 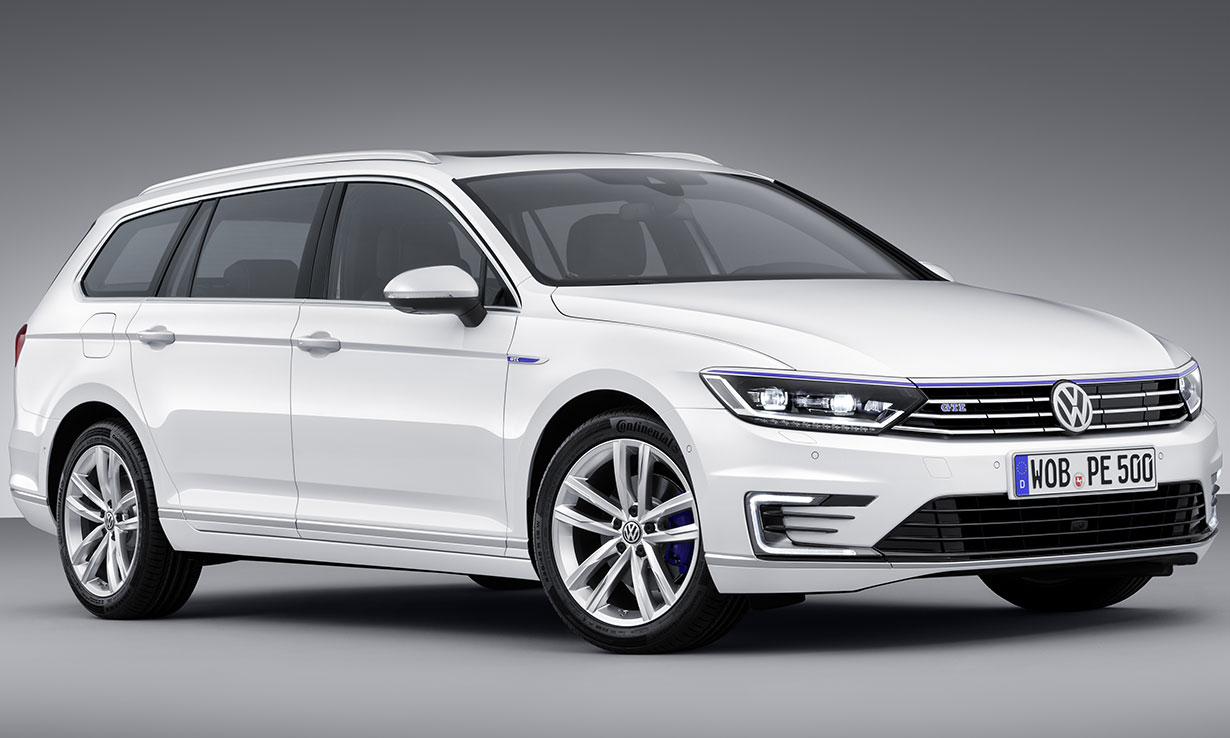 The practical Volkswagen Passat GTE Estate tops the Passat range and is a plug-in hybrid. It promises oodles of space for people and luggage, and facelifted models from 2019 claim a 35 mile electric-only driving range.

Find out whether it’s the perfect, dependable hybrid or if there’s anything to watch out for in our Volkswagen Passat GTE estate review. 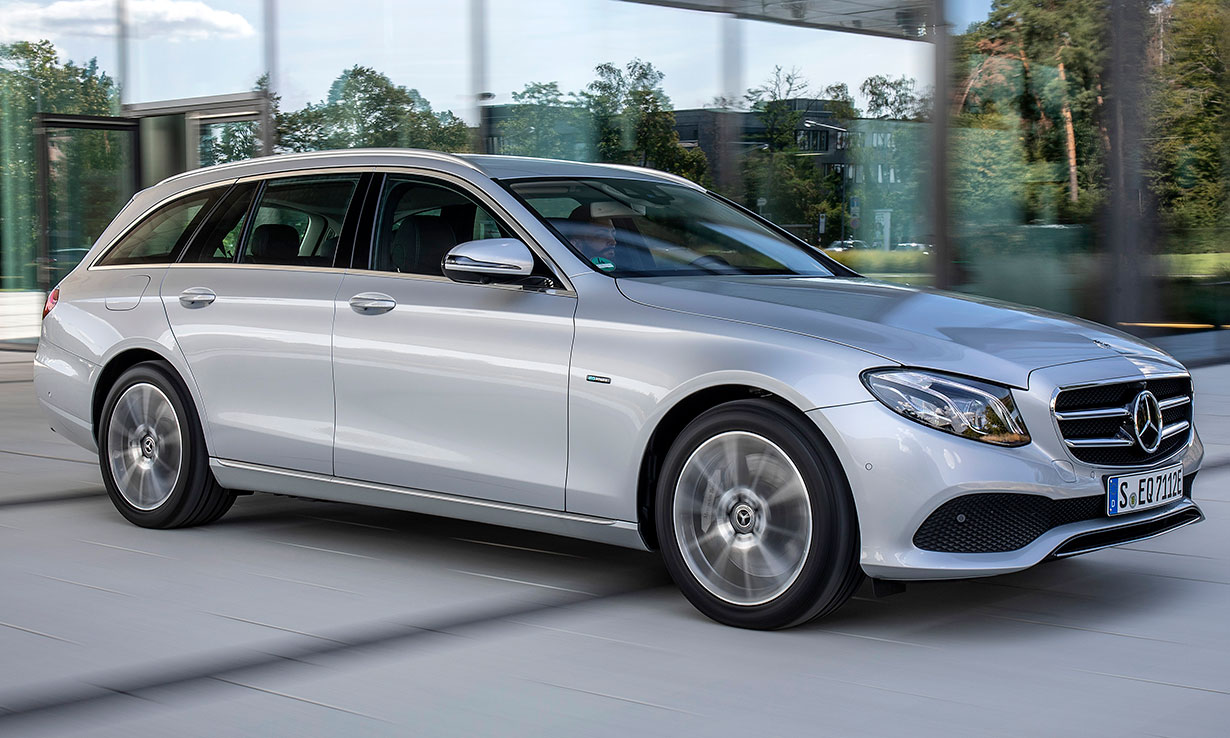 Aiming to tempt luxury buyers, the popular Mercedes-Benz E-Class can now be bought as either a petrol or diesel plug-in hybrid, called the E 300 e or E 300 de respectively. It claims strong performance with impressively low emissions and fuel consumption.

This hybrid claims an electric-only range of 31 miles on a full charge, and promises the exceptional comfort the E-Class is known for, plus plenty of extras as standard, including heated front seats and an 8.4-inch media display. 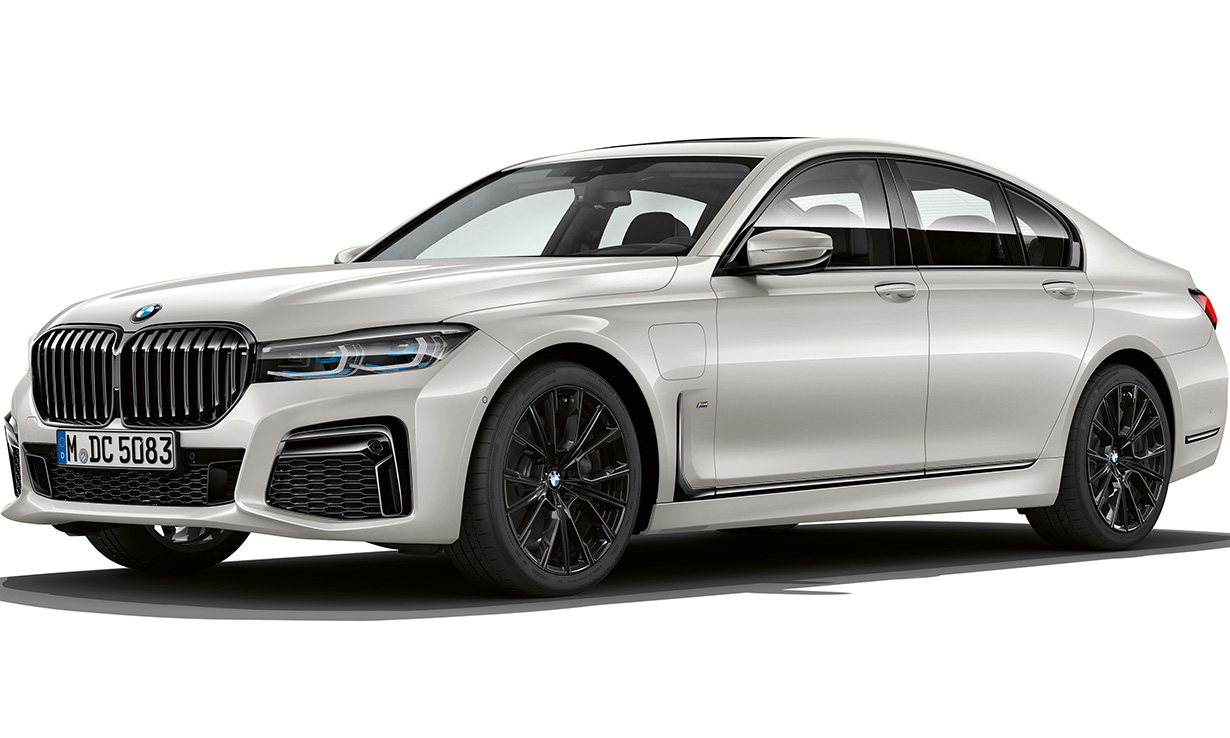 Hybrids are starting to be taken so seriously by manufacturers that BMW’s flagship 7 Series is now available as a plug-in hybrid. It’s a direct competitor of the Mercedes-Benz S-class hybrid, aiming to be a showcase of the best BMW can offer for performance, comfort and tech.

BMW promises the hybrid model boosts performance, has improved fuel consumption and lowers CO2 emissions, and claims you can drive it in electric-only mode for 32 to 36 miles. It’s rear-wheel drive as standard; the long wheelbase (ultra-lux) version has all-wheel drive.

Is it worth the high price tag? Our experts give their definitive verdict in our BMW 7-series Plug-in hybrid review.

The latest electric cars; can they go far enough?

The best electric cars can rival the practicality and functionality of great petrol and diesel cars – and our research shows customer satisfaction is extraordinarily high with some brands.

As well as zero exhaust emissions, there’s the potential for very low day-to-day running costs, and there are now many models to choose from in addition to the popular Nissan Leaf and Renault Zoe.

However, you’ll need to give some thought to how and where to charge an electric car. If you have space for one, you may want to consider installing a fast home charger.

It’s also worth checking the speed and availability of public charging points in your local area. In some parts of the UK, electric car charging points can be few and far between. 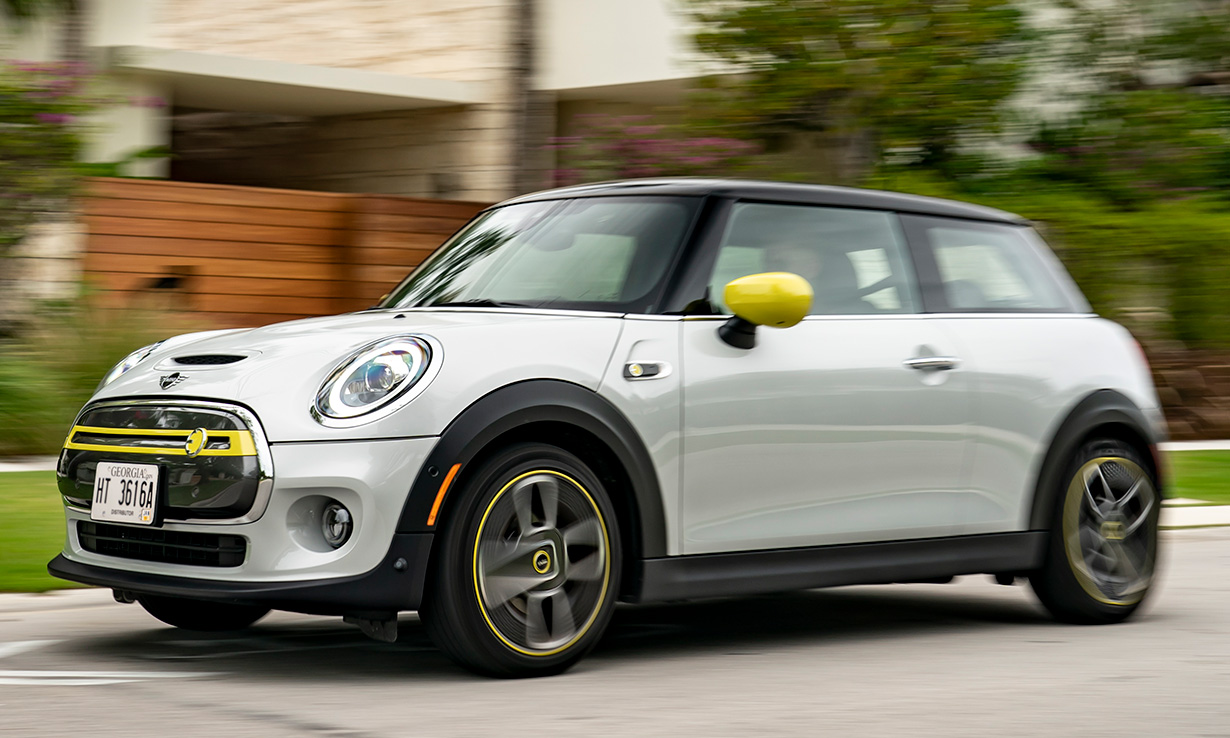 The Mini Electric claims a maximum driving range of 145 miles. And signs look good for its driving appeal; it’s one of the most powerful small electric hatchbacks available.

It’s available as a three-door model only, and you get plenty of equipment as standard, including automatic air conditioning, adaptive cruise control, a digital instrument display, all-round LED lights, sat nav, plus automatic lights and wipers.

Read the early impressions from our experts in our first look Mini Electric review. 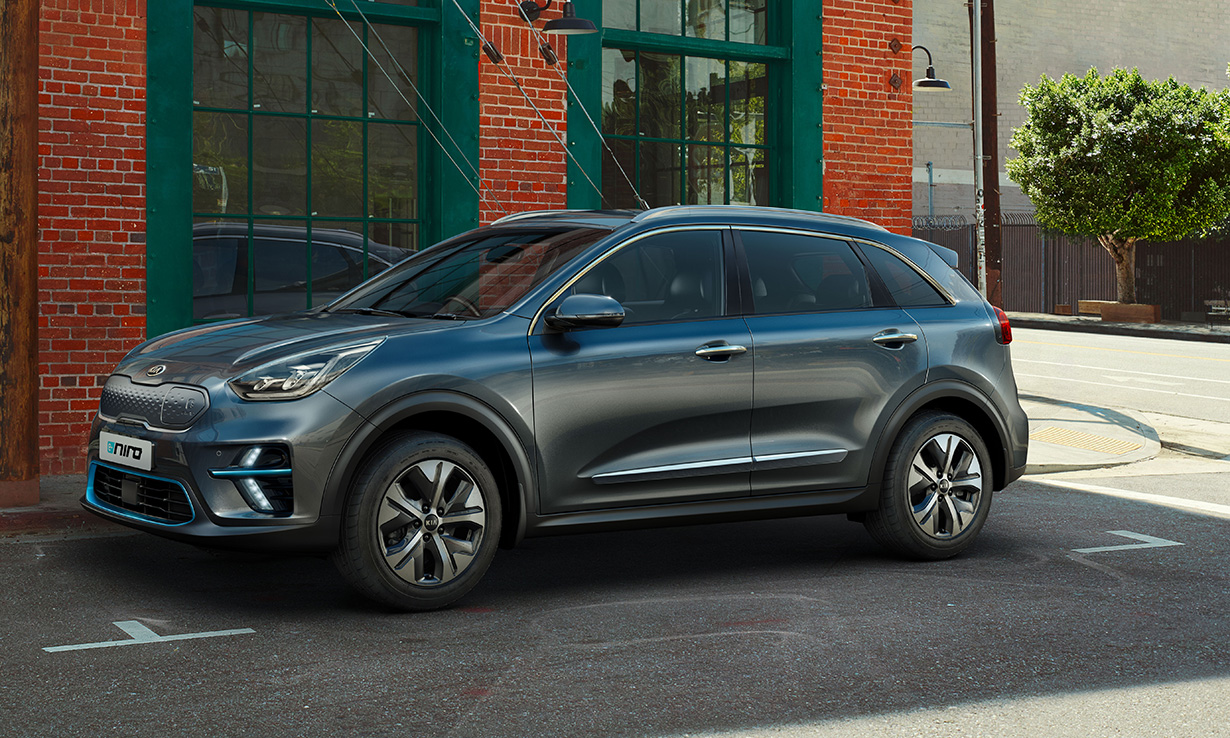 If you’re in the market for an electic SUV, the E-Niro – launched in 2019 – promises a Tesla-rivalling 282 mile driving range, at a considerably more affordable price.

This gives it the potential to truly revolutionise electric car buying, with few direct rivals besides sister models the Hyundai Kona Electric and the similarly-sized Kia Soul EV, which has a similar driving range and generous tech as standard. You can also get the Kia Niro as a standard hybrid.

The E-Niro is sized midway between the Kia Cee’d hatchback and the larger popular Kia Sportage SUV. Despite the affordable asking price, you get plenty of features as standard, including a heated driver’s seat, heated steering wheel, JBL audio system, cruise control, DAB radio and Bluetooth.

Does the impressive claimed driving range really match up on the road? Find out by reading our Kia E-Niro review. 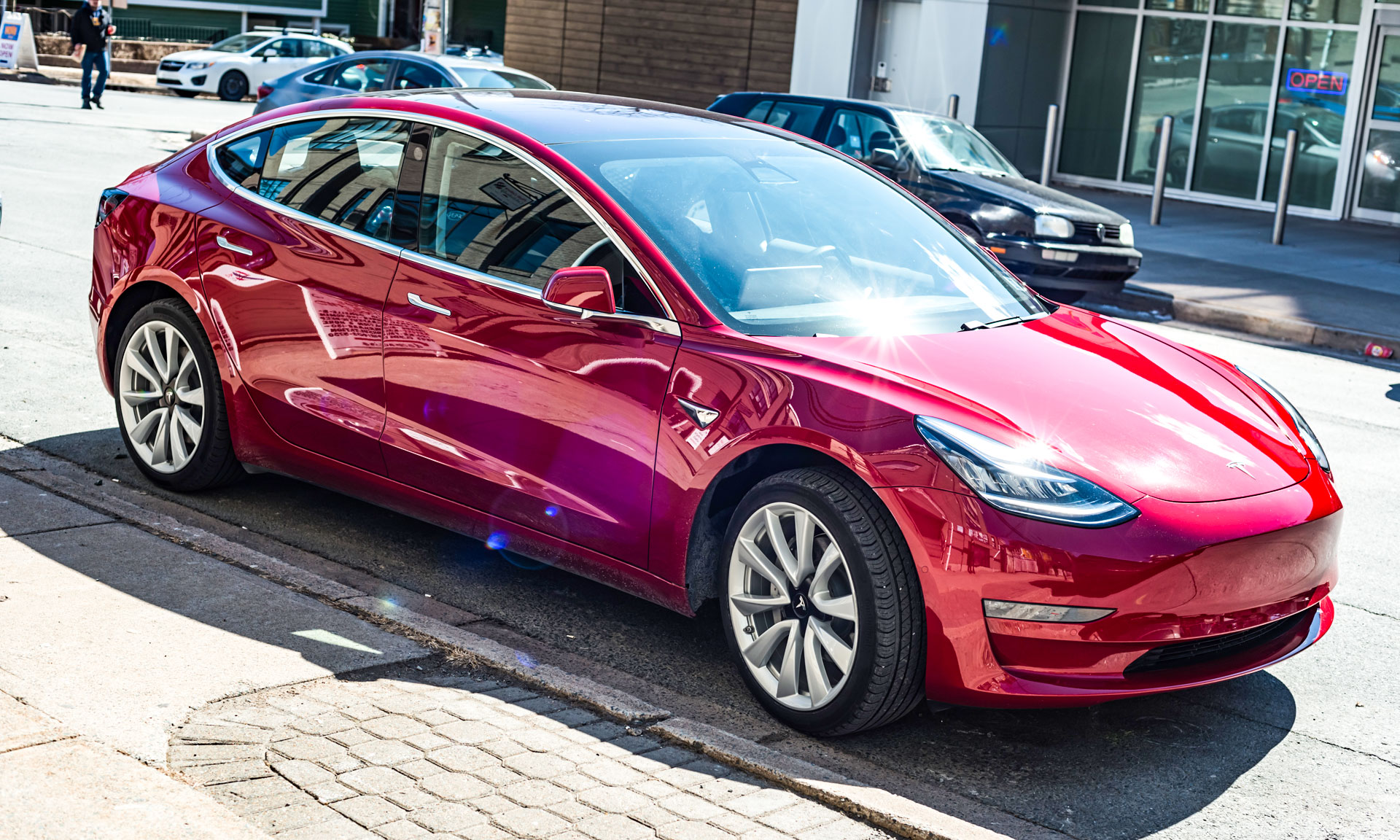 Tesla has a sizable fan following, and there’s no doubt it’s made a big impact in the world of electric cars. With the Tesla Model 3 it’s finally aiming to appeal to the mass market, with a lower-cost model. We still wouldn’t call it a budget electric car though.

So does this car really live up to its hype out the road? Find out, in our Tesla Model 3 review.