The Samsung Galaxy A71 and Xiaomi Mi Note 10 have arrived with powerful multi-lens cameras. Our reviews reveal whether you can now get a great smartphone camera at a lower price.

Xiaomi is well known for undercutting the premium smartphone big players such as Apple in price and Samsung’s Galaxy A series has long been a welcomed alternative to its steeply priced S and Note series.

Multiple-lens arrays and high-resolution cameras have previously been the reserve of premium phones, but with five rear lenses on the Mi Note 10 and four on the Galaxy A71, these mid-range models prove that you don’t have to pay twice the price to get high-spec cameras.

But do they deliver good-quality pictures? We put both models through our tough lab tests to see whether or not they can compete with premium alternatives.

Browse all our mobile phone reviews to find the perfect model. 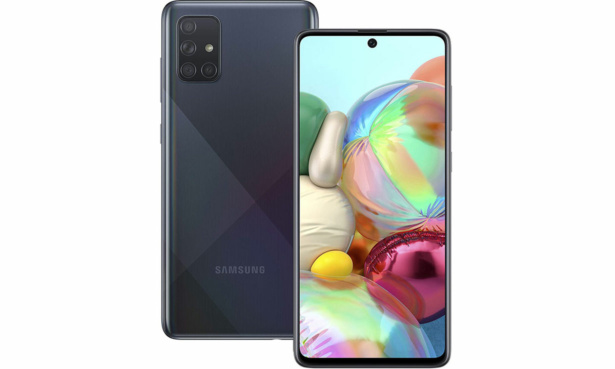 Last year, Samsung completely revamped its Galaxy A series smartphones, giving them a sleeker look with larger displays and much smaller bezels. The A71 follows the lead of the A70 with the same huge 6.7-inch Full HD+ display (2,400 x 1,080 pixels) – the same size screen that you’ll find on the Samsung Galaxy S20+ 5G – 6GB of Ram and 128GB of storage, which can be expanded with a micro-SD card up to 512GB.

It comes with the latest operating system, Android 10, overlaid with Samsung’s One UI 2 interface. But its biggest attraction is its cameras.

Samsung Galaxy A71 cameras on test

You’ll find a quad rear camera system on the A71 and a 32Mp lens on its front. The rear camera is designed to be ‘ready for any moment’, including several different types of lenses, including a macro lens, and is one of only three Samsung smartphones to feature this type of camera to date. Here’s a rundown of each lens:

Itching to find out how the phone performed when put it to the tests? Head to our Samsung Galaxy A71 review to get your answer. 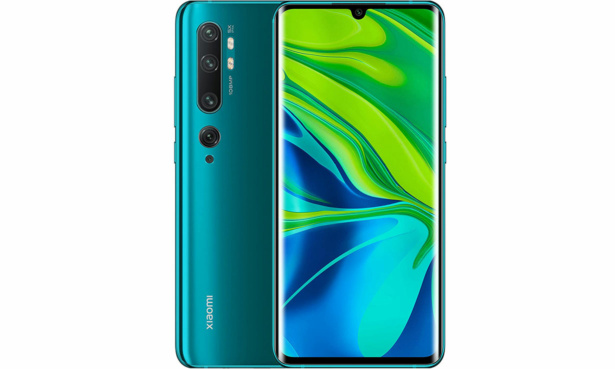 Xiaomi’s flagship Mi Note 10, not to be confused with its other smartphone the Mi 10, is a one of a whole list of smartphones that the brand currently has on offer. What sets this one part is undoubtedly its cameras, but its other features are worth a second look as well.

Its 6.4-inch Full HD+ display (2,340 x 1,080 pixels) is a few inches smaller than the A71’s, but it comes with the same amount of storage and Ram. Although, unlike its competitor, its storage can’t be expanded with a micro-SD card. Its other slight weakness is that it comes out of the box on Android 9, paired with MIUI 11 (Xiaomi’s own Android interface), but it aims to make up for all of this in the camera department.

No matter the price of the phone, five rear cameras is an impeccable feat. But for the Mi Note 10 to retail for less than £500 is almost too good to be true. It takes the title of the ‘world’s first 108Mp penta-camera’ on its rear and on its front houses a 32Mp wide-angle lens. This phone gives you more than enough lenses to play with if you’re an avid photographer and we’ve unpacked each lens below:

Its spec sheet is formidable, but how does it fare when taking photos in real-life? Our Xiaomi Mi Note 10 review reveals all.

Other cheap phones with powerful cameras 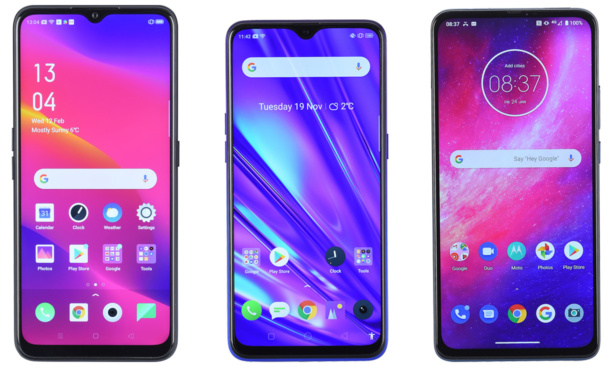 For some of us, these mid-range models are a nice step down in price from premium phones, but still aren’t cheap enough. This is where manufacturers such as Motorola and Realme may entice you with their budget alternatives. If you’re hoping to spend £300 or less on your next smartphone, here are three cheaper models that don’t hold back on their cameras.

Hailing itself as a brand that specialises in camera smartphones, the A5 2020 is yet another smartphone from Oppo with an impressive photography setup. You’ll find four lenses on this phone – 12Mp wide-angle lens, 8Mp ultra-wide-angle lens with an 119-degree field of view, 2Mp depth sensor and another 2Mp lens.

Considering that it has the same number of lenses as the Samsung Galaxy A71, but for about half the price it’s certainly worth considering, and its huge 6.5-inch HD+ screen (1,600 x 720p) is nothing to scoff at, either. Find out whether this phone is a worthy contender in our Oppo A5 2020 review.

Since emerging in the UK, Realme has consistently launched affordable smartphones which stand out for their high-end designs and equally noteworthy features. The 5 Pro’s big 6.3-inch Full HD+ display may draw you in (2,340 x 1,080 pixels), but its four rear lenses is an even bigger selling point, especially for the price.

Led by a 48Mp wide-angle lens, it also has an 8Mp ultra-wide-angle lens, 2Mp macro lens and 2Mp depth camera. Head to the Realme 5 Pro review to see how it did elsewhere in our tough tests.

Motorola unveiled a flurry of smartphones under the ‘One’ umbrella last year and the Hyper takes the form of the One that’s best at taking photos in any lighting. It may only have two rear cameras (a 64Mp wide-angle lens as its main camera and an 8Mp ultra-wide-angle lens), but you’re getting a high-resolution camera for your money.

Its selfie lens is a 32Mp motorised pop-up camera, so you get more of the One Hyper’s 6.5-inch Full HD+ display (2,340 x 1,080 pixels) to use, uninterrupted. To find out how it fared in our tests, read the full Motorola One Hyper review.