Electronics giant TCL is venturing into the world of smartphones with its first branded series launching in the UK this summer. Following the lead of more familiar smartphone brands such as Oppo and Xiaomi, its roster features affordable models with impressive features.

TCL lifted the lid on its first series of smartphones at CES in January 2020, unveiling the TCL 10s, a line-up that includes the 10 Pro, 10L and even a 5G smartphone with the 10 5G.

By aiming at the cheap to mid-range smartphone market, it’s set out to compete with the likes of Honor, Motorola and Oppo. Its headline model, the 10 Pro, is set to hit the shelves in the first week of June.

We’ve been hands-on with the TCL 10 Pro to find out if it measures up.

To find out which smartphones have earned our seal of approval, head straight to our reviews of the best smartphones. 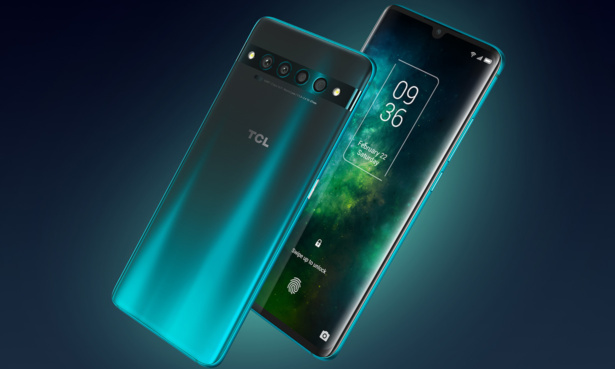 While it may be a new name to most of us in the UK, TCL is a very established Chinese electronics brand that has been operating for decades. It’s most known for inexpensive TVs, but also manufactures audio products such as headphones and soundbars.

The TCL 10 smartphone series is its first own-brand series of mobile phones, but certainly not its first experience manufacturing them. TCL is licensed to produce smartphones under the popular brands Alcatel, Blackberry and Palm, which it has done for many years, although its licence with Blackberry will come to an end later this year.

TCL has been able to get its feet wet in the smartphone market through these established brands and in 2019, it stepped into the spotlight with its own device, the TCL Plex.

Like its upcoming 10 series, the Plex aimed to be a more affordable alternative to flagships already on the market. It was the first branded mobile phone launched outside of China, but it didn’t make it into the UK market, so TCL will be hoping that its new models will mark the start of a fruitful relationship with smartphone owners in the West. 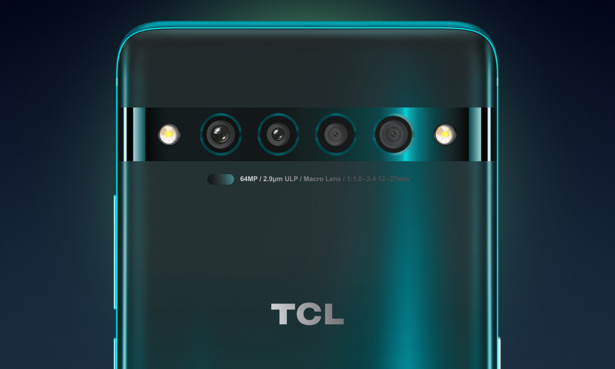 As with most smartphones, the first attraction of the TCL 10 Pro is its display. An AMOLED screen spans 6.4-inches with Full HD+ resolution (2,340 x 1,080p), which is similar to models such as the Huawei nova 5T and Oppo Reno2 in its price range. What’s more unique about the display is its incredible 93% screen-to-body ratio, meaning you’re getting almost a full screen.

There are more than a few cameras on this phone, five to be exact. It has four lenses on the back – 64Mp wide-angle lens, 16Mp super-wide-angle lens, 5Mp macro camera and 2Mp depth lens – and a 24Mp front lens for taking selfies.

Running on Android’s latest operating system (Android 10), the 10 Pro overlays the system with TCL’s user interface aptly named TCL UI, to deliver all the necessary customisations to make it easier to use.

For its processor, it uses the Snapdragon 675 chipset that can also be found in affordable Motorola smartphones such as the One Hyper and One Zoom but it stands apart from its competitors in Ram, offering a whopping 6GB while the Motorola’s will give you 4GB. It also has 128GB of internal storage that can be expanded up to 256GB with a micro SD card.

A glance at its specs may convince you that this phone is no different to others we’ve already seen. But TCL has a few other tricks up its sleeve that may catch your eye.

This may come in handy to all of us, especially as we’re spending more time using video calling apps at home. The TCL 10 Pro joins models such as the Samsung Galaxy S10 and Huawei P Smart 2019 to receive TÜV Rheinland certification for emitting low levels of blue light from its display that can disrupt sleep and cause eye strain.

To further reduce the risk of eye strain, you can use Reading Mode, which adjusts the screen’s brightness and tones to give you a ‘paper-like reading experience’.

Read our news story on how to avoid eye strain on your smartphone to find out more about the effects of prolonged smartphone use.

A feature you never knew you needed.

On smartphones such as the Huawei P30 Pro, you can connect up to three Bluetooth audio devices to your smartphone at once.

But with the TCL 10 Pro, you can pair up to four Bluetooth speakers to your phone at the same time or connect a maximum of four Bluetooth headphones, so you can easily share music with your family or friends.

You may have heard of this feature on flagship phones like the Samsung Galaxy S20 5G. Reverse charging allows you to use your phone as a powerbank to charge other devices like your smartwatch or another person’s smartphone.

The TCL 10 Pro has a version of reverse charging that can be used with an ‘On-The-Go’ charging cable to revive your other electricals while on the move.

For an in-depth look at our impressions of the phone, read our TCL 10 Pro first look review.

TCL has also announced the 10L 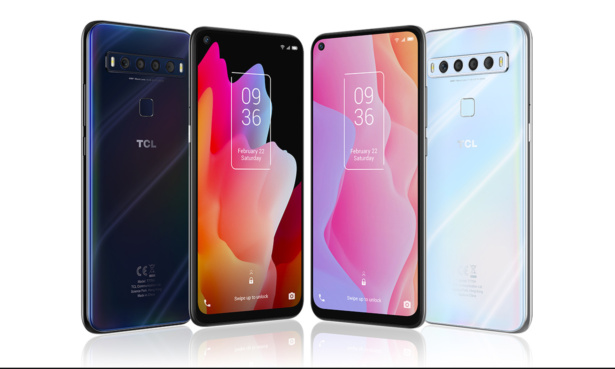 Alongside the 10 Pro, TCL is also launching the 10L, an even cheaper smartphone with some of the same features. It’s expected to retail for less than £300.

Interestingly, the 10L has a larger 6.53-inch display than its range mate, with the same Full HD+ resolution (2,340 x 1,080p). Its tally of cameras is the same as the Pro model with identical lens types but each lens is of a lower resolution. Its main rear camera is a 48Mp wide-angle lens, followed by an 8Mp super-wide-angle lens, 2Mp macro camera and another 2Mp depth lens. On the front of the phone, there’s a 16Mp selfie camera.

Just like the 10 Pro, TCL doesn’t hold back when it comes to Ram, giving the 10L 6GB as well, while its internal storage is a more modest 64GB.

The 10L doesn’t have TÜV Rheinland certification or reverse charging functionality but does have the same other USPs as the Pro.

At the moment, there’s no word on the TCL 10 5G but it’s reasonable to expect that it will follow the 10 Pro and 10L to launch later this year.

Like the sound of a cheap phone? See which stand out in our guide to the best cheap mobile phones.