There’s no doubt about it, we’re a nation of bread-lovers. Figures from Mintel show that 96% of us have bought bread in the past month, and it’s loaves with bits in rather than white bread that’s seeing the biggest growth in sales.

Registered dietitian Dr Sarah Schenker says that ingredients such as seeds and grains in bread don’t only add texture but they’re full of key nutrients, too.

She adds: ‘They are packed with goodness such as magnesium, zinc and potassium, as well as vitamins, protein and essential fatty acids, so when you eat them you get the benefit.’

Below, we explain key seeds and ingredients to look out for, as well as information about the types of bread on offer.

What are the bits in my bread? 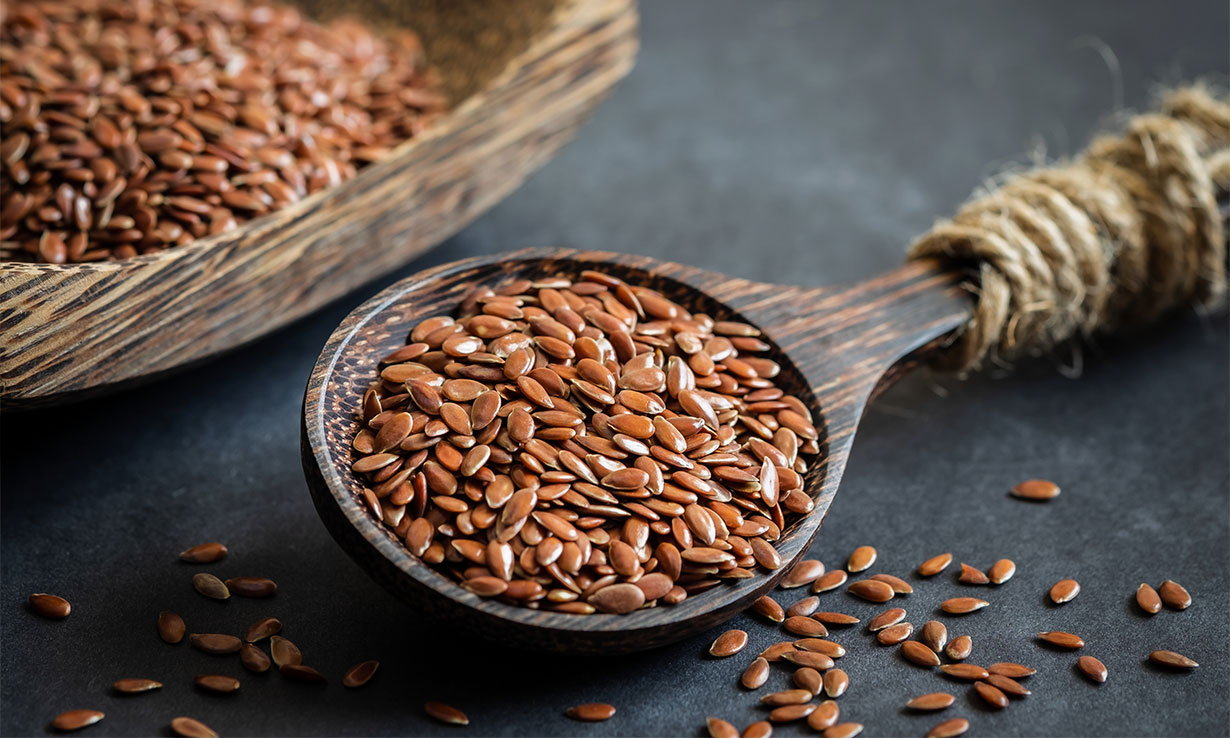 Linseed, also known as flaxseed, are crunchy nutty seeds that come in golden and brown varieties.

They’re also rich in phytoestrogens called lignans, which can be beneficial for low-estrogen health conditions, for example hot flushes and other menopausal symptoms. 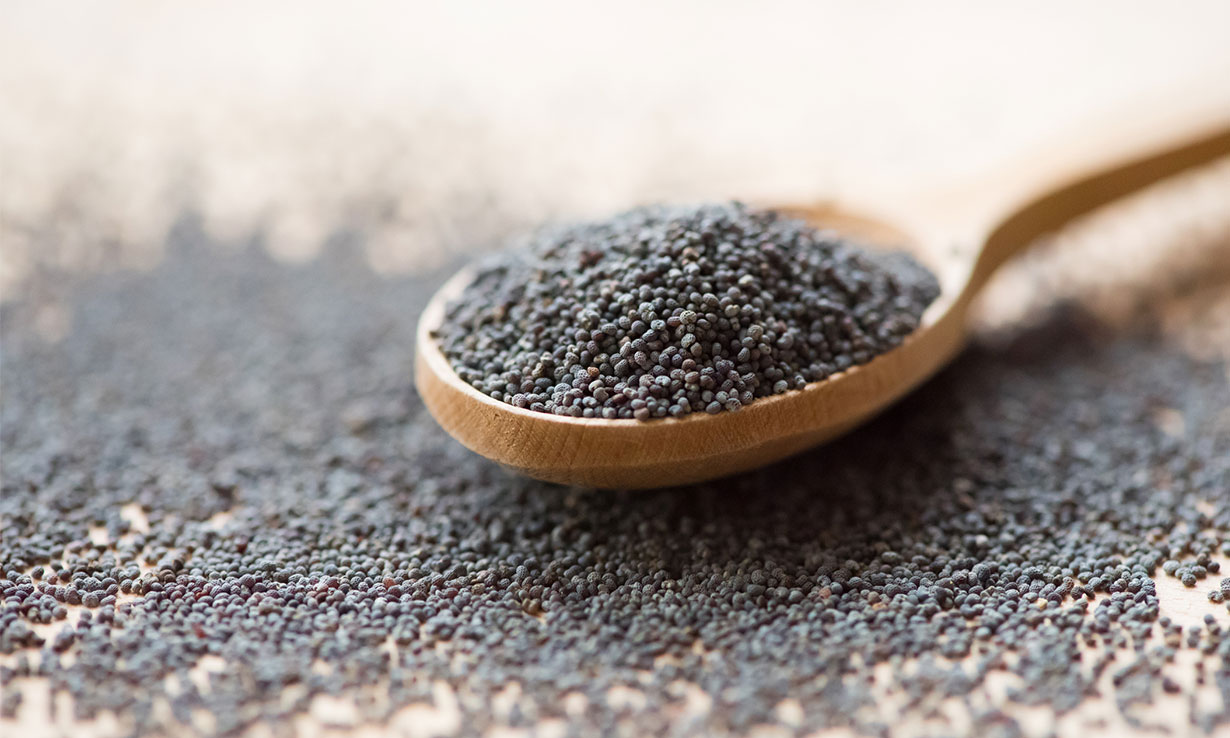 They may be tiny, but these little seeds pack a punch when it comes to nutrition.

Dr Schenker says: ‘Poppy seeds are particularly rich in iron and calcium, as well as being a great source of fibre, possibly because the large surface-to-volume ratio means you get more fibre per teaspoon compared with other larger seeds.’ 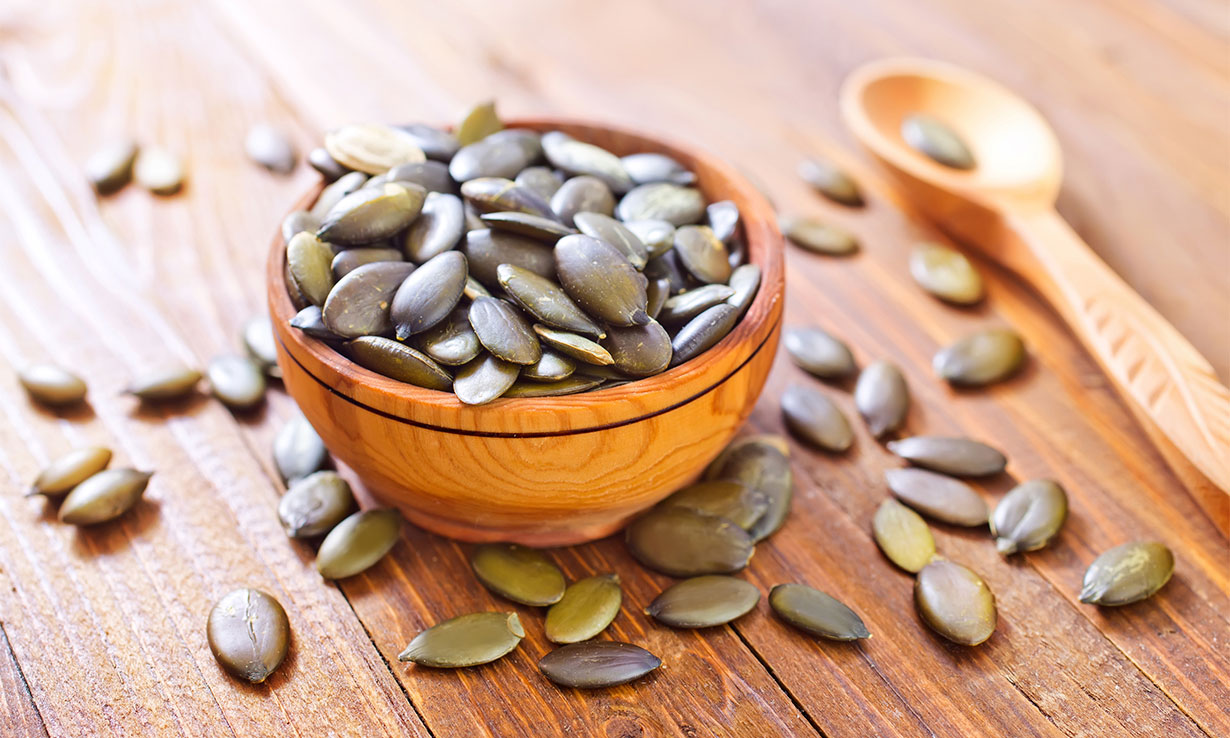 Pumpkin seeds are rich in zinc and also contain polyphenol compounds, such as chlorogenic acid and caffeic acid.

These are natural antioxidants which help to neutralise free radicals that can cause cell damage.

Dr Schenker says: ‘Chlorogenic acid has been shown to lower blood sugar levels, which is important in reducing the risk of diabetes and heart disease.’ 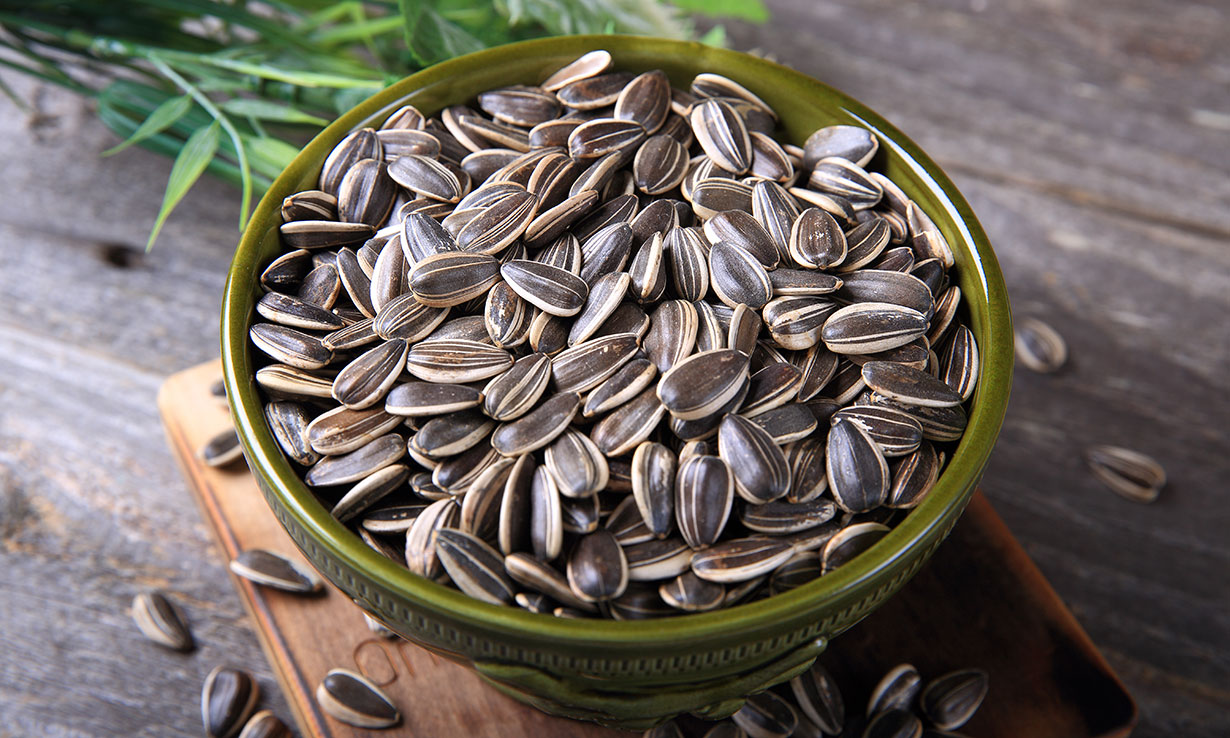 Along with linseeds, sunflower seeds are the most popular seeds when manufacturers launch new bread ranges.

Dr Schenker says: ‘They are especially rich in vitamin B6, one of the vitamins involved in energy production, so bread containing these can help to provide you with slow-release energy.’

They are also rich in vitamin E, an important fat-soluble antioxidant which can help protect cells against oxidative damage. 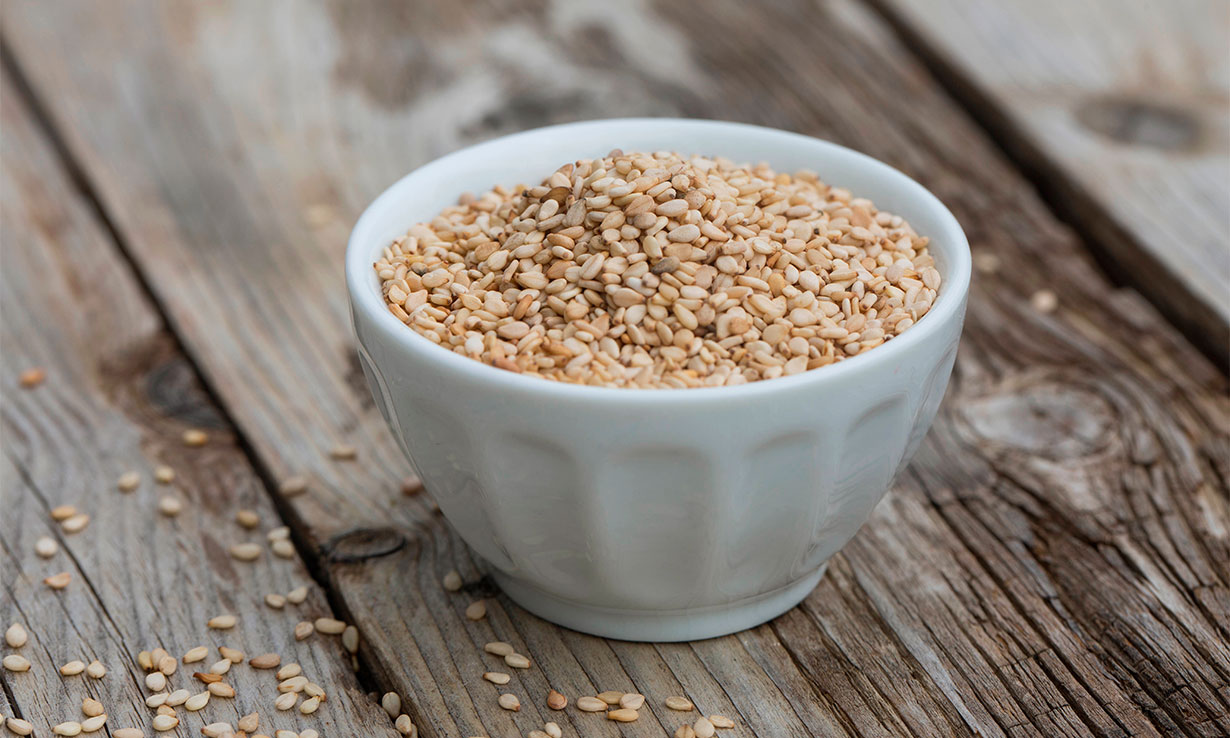 They may be tiny but sesame seeds are densely packed with nutrients, including protein, monounsaturated fats, B vitamins, iron and calcium.

Studies of sesamin, a phytochemical found in sesame seeds, suggest it could be used in the prevention and/or treatment of various types of cancer. 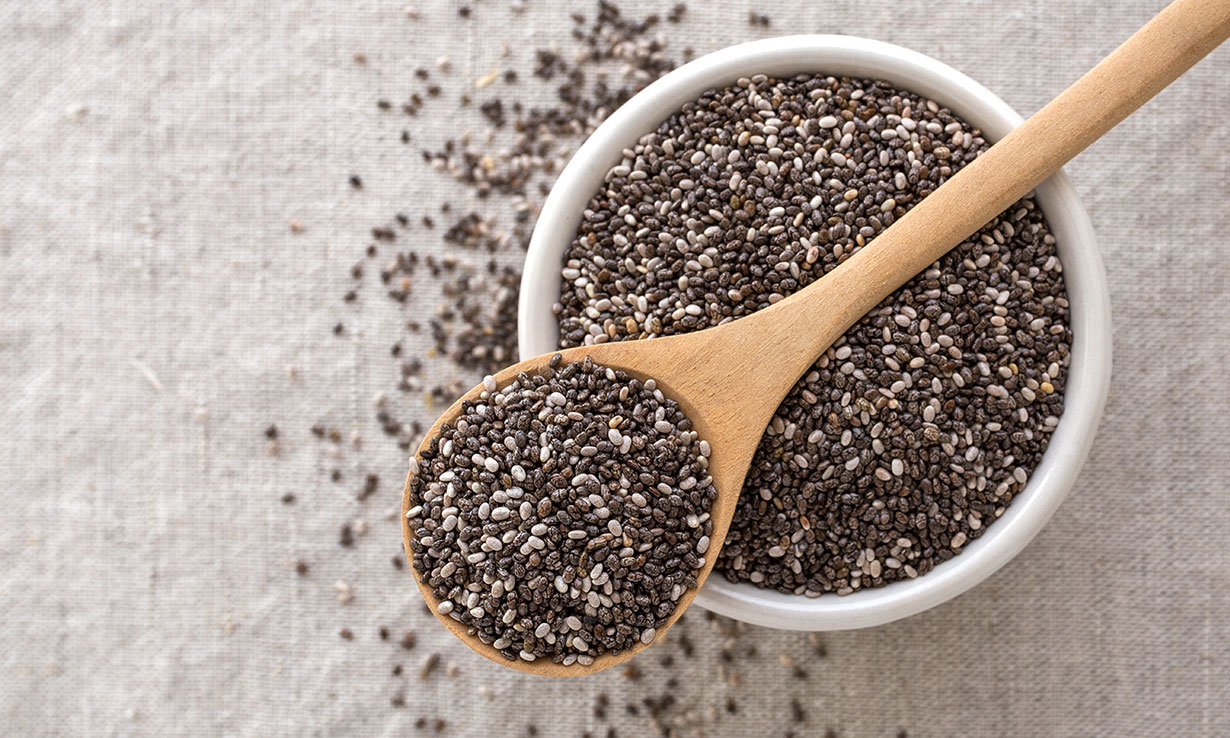 These tiny black seeds were a staple food of the Aztecs and Mayans (in fact, ‘chia’ is Mayan for ‘strength’).

Dr Schenker says: ‘Chia seeds are increasingly being used by people as a natural carb replacement in products such as bread.’

Although they contain carbohydrates, more than 80% of the carb content of chia seeds is in the form of fibre and most of this is insoluble – the type associated with reduced risk of diabetes.

Making the most of your bread maker. 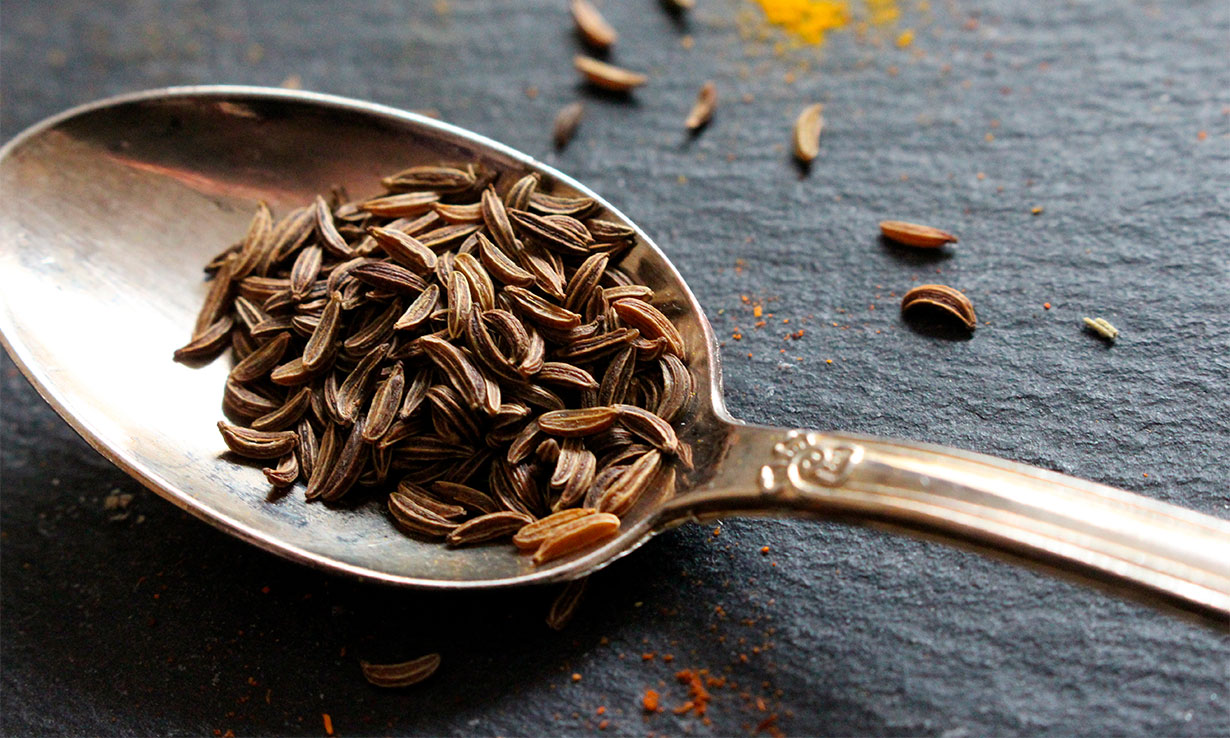 Dr Schenker says: ‘Strong flavours or strongly pigmented colours in nuts or seeds are generally associated with polyphenol compounds and these often have antioxidant properties, too, which help to guard against heart disease and various cancers.’

Polyphenols work by blocking the formation of cancer-causing chemicals such as nitrosamines that can be found in foods such as cured meats.

The polyphenol compounds in carraway seeds are carvones and research suggests these have both antioxidant and anti-inflammatory properties. 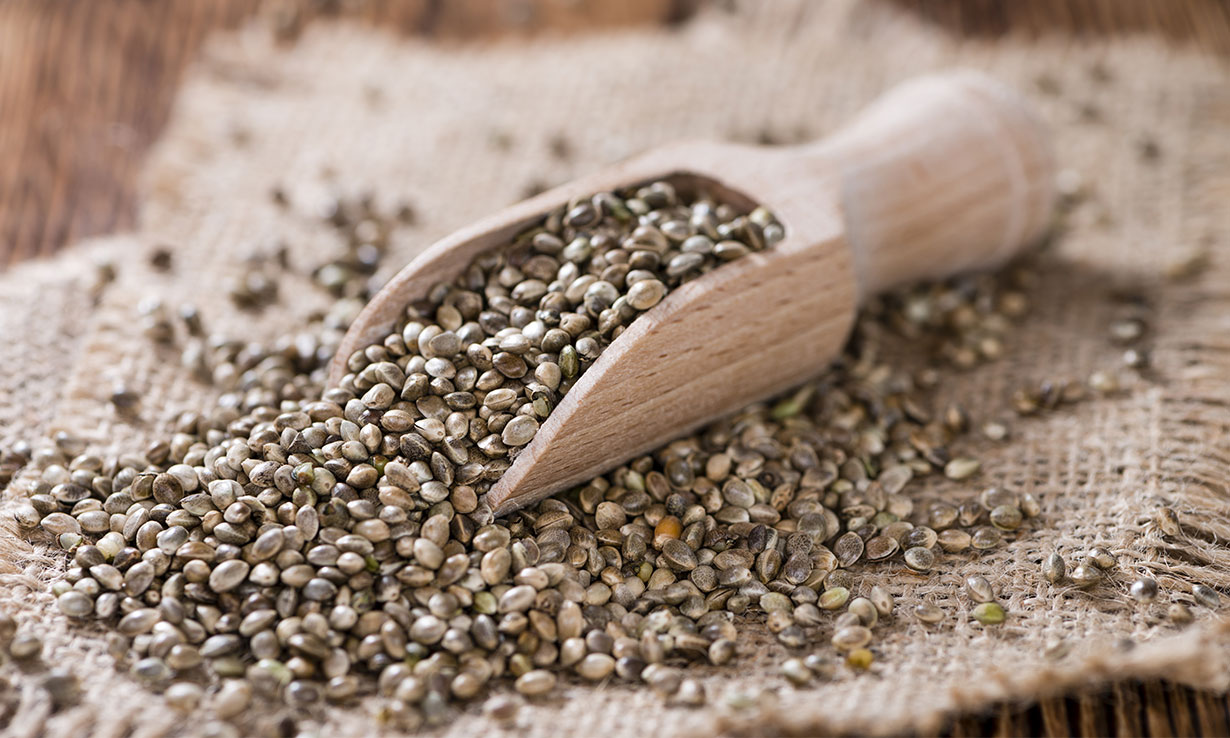 These have a mild, nutty flavour and although hemp belongs to the same family as marijuana, the two plants are very different and don’t have any similar effects.

Dr Schenker says: ‘Hemp seeds are higher in protein than most other seeds and provide essential fatty acids that may have anti-inflammatory effects.’

‘They also contain magnesium, manganese, iron and zinc, as well as soluble fibre, so they could help to lower cholesterol levels.’ 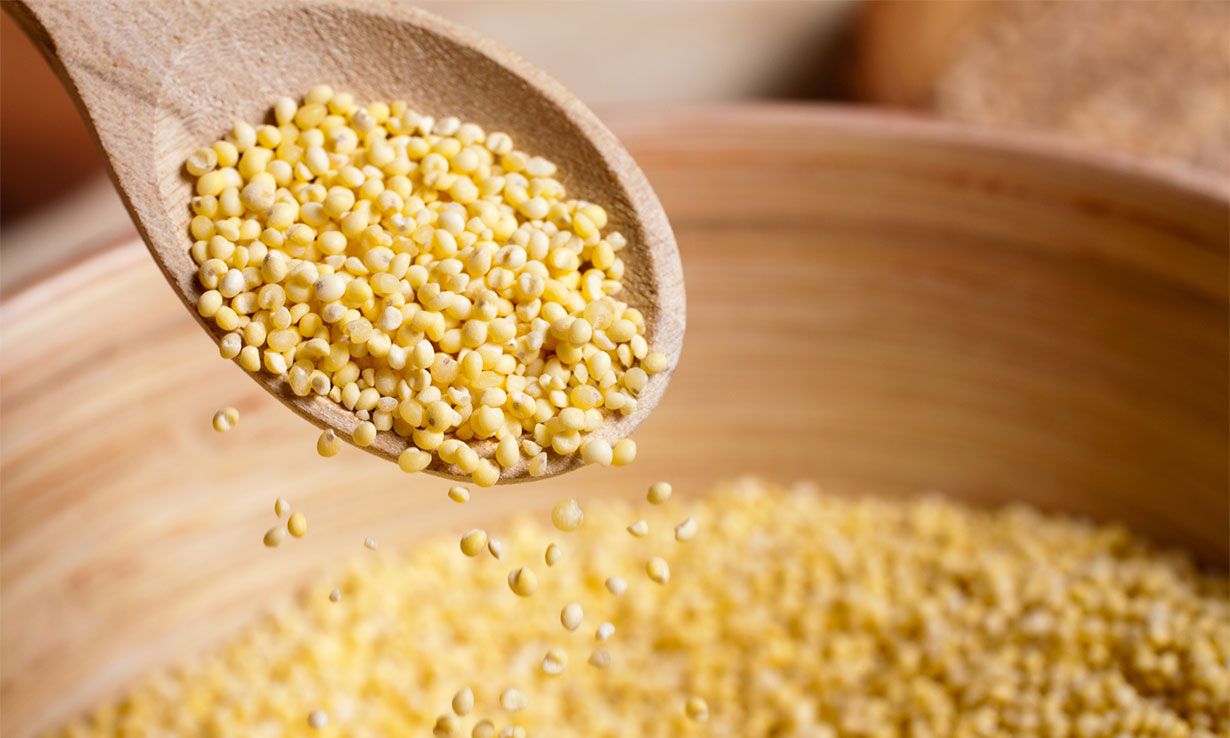 Although millet looks like a seed, it’s actually a grain. It’s sometimes referred to as an ‘ancient  grain’, as it hasn’t been changed by modern selective breeding techniques, unlike corn, rice and some modern wheat varieties.

It also contains lignans, which may help to lower cholesterol as well as the risk of osteoporosis, breast cancer and menopausal symptoms. 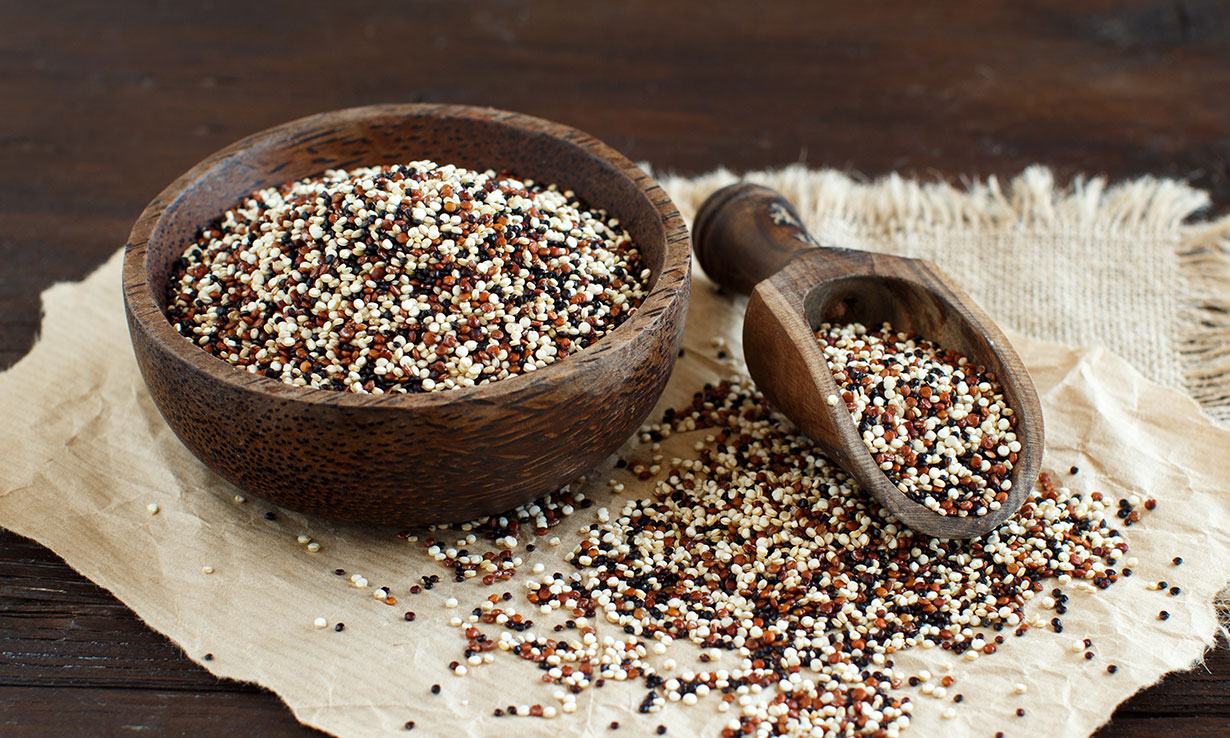 Originating in South America, quinoa is a seed that’s related to the beet, chard and spinach plants, and is also considered to be an ancient grain.

Dr Schenker says: ‘It’s a high-ranking plant protein that has a low GI, and is a good source of fibre and folates.’

It also contains hesperidin, a flavonoid compound that has been shown in studies to lower high blood pressure and cholesterol, and has strong anti-inflammatory properties. 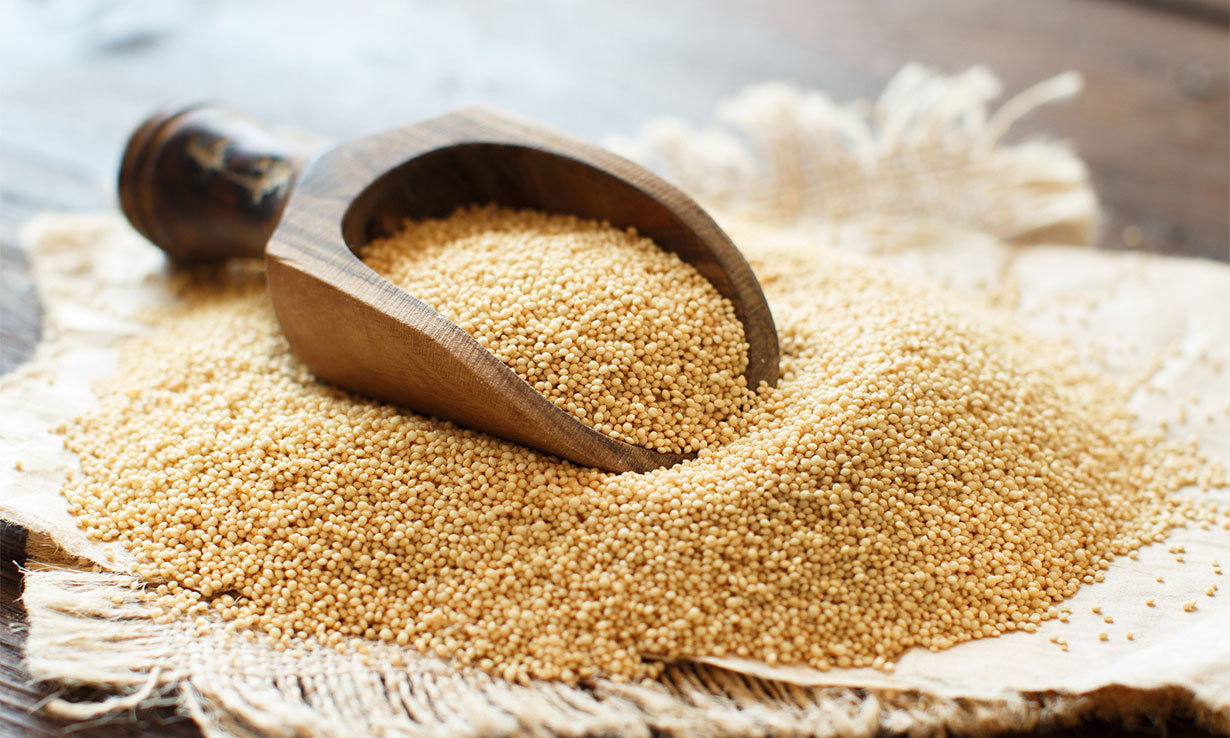 It may be tiny but earthy tasting amaranth – another ancient grain – is a mighty seed packed full of nutrients. It’s also gluten free, so it’s an ideal addition to bread for those who are gluten intolerant.

Dr Schenker says: ‘Amaranth is a good source of protein as well as an excellent source of the B vitamins B2, B3 and B5, which are involved in energy production.’ 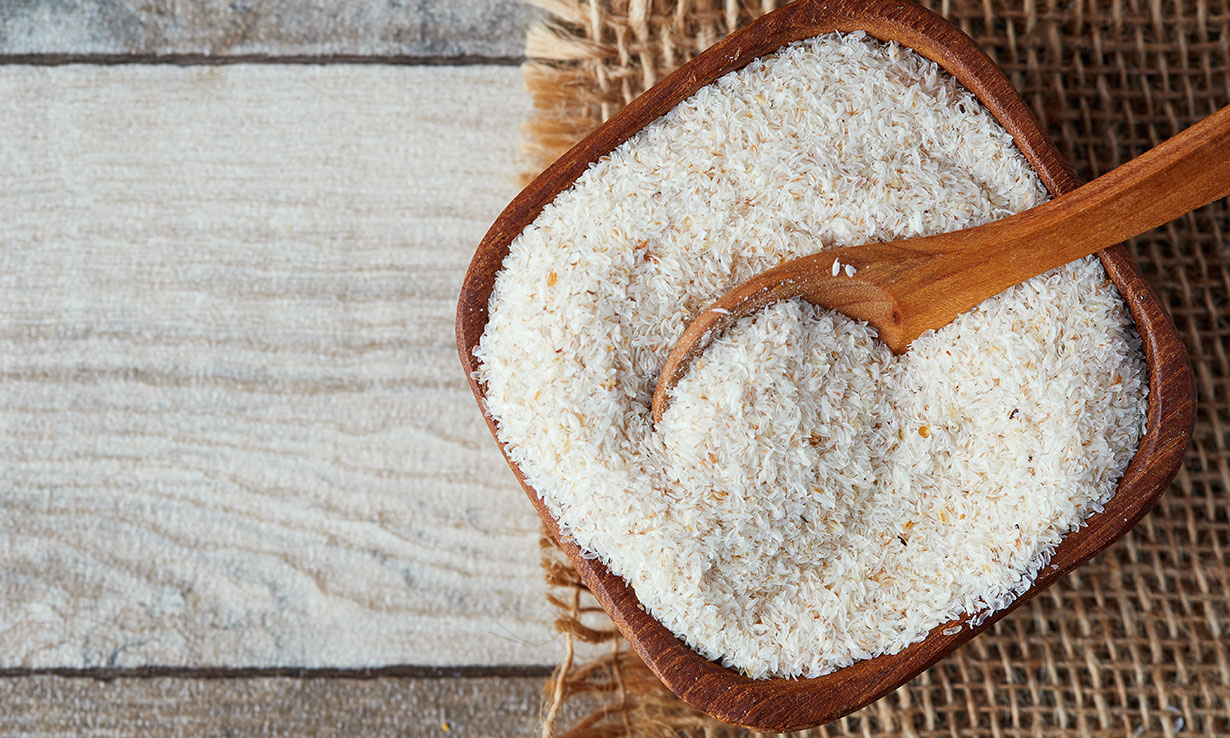 Like other types of soluble fibre, it’s psyllium’s ability to pass through the small intestine without being completely broken down or absorbed that makes it so good for your health.

Psyllium husks contain fibre called mucilage, which not only helps to prevent both constipation and diarrhoea, but also binds to fats and bile acids to help the body get rid of them.

What type of bread are you eating? 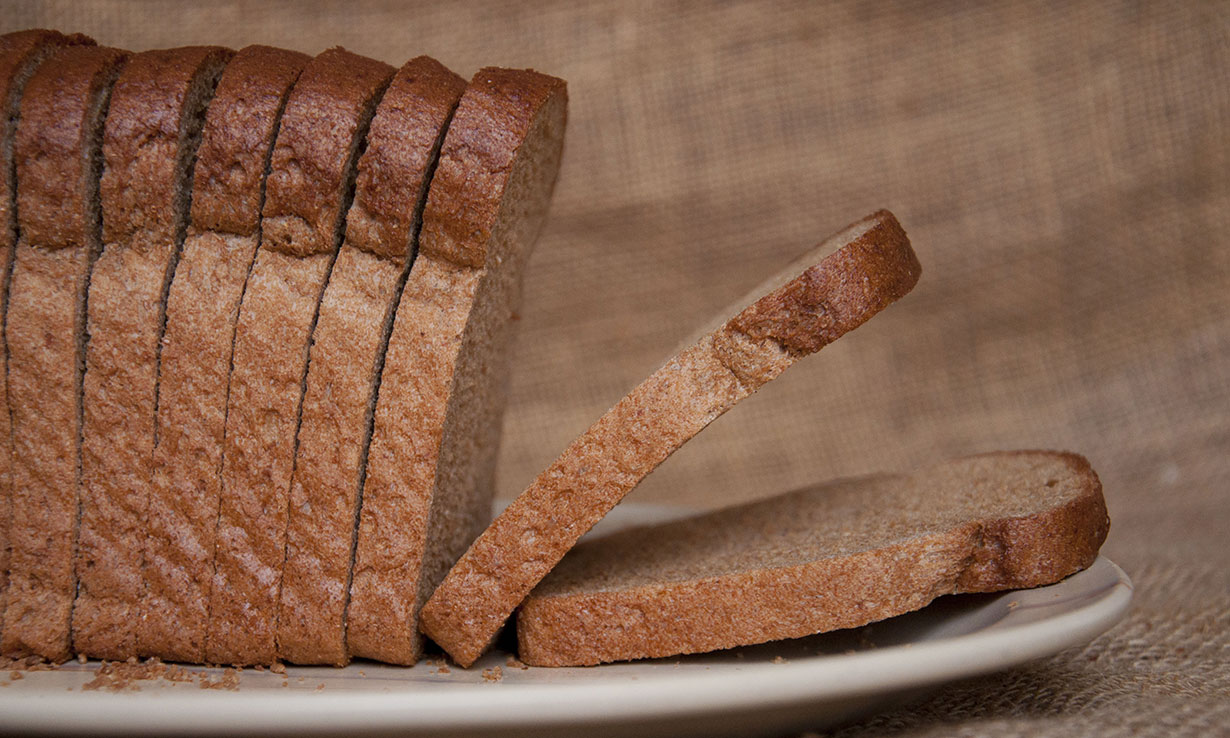 Gordon Polson, chief executive of the Federation of Bakers, says: ‘Wholemeal bread is made from the whole of the wheat grain with nothing removed.’

This definition is protected by the Bread and Flour Regulations (1998) that state that bread can only be labelled wholemeal if it contains 100% wholemeal flour.

Baking substitutes to use at home during the flour shortage. 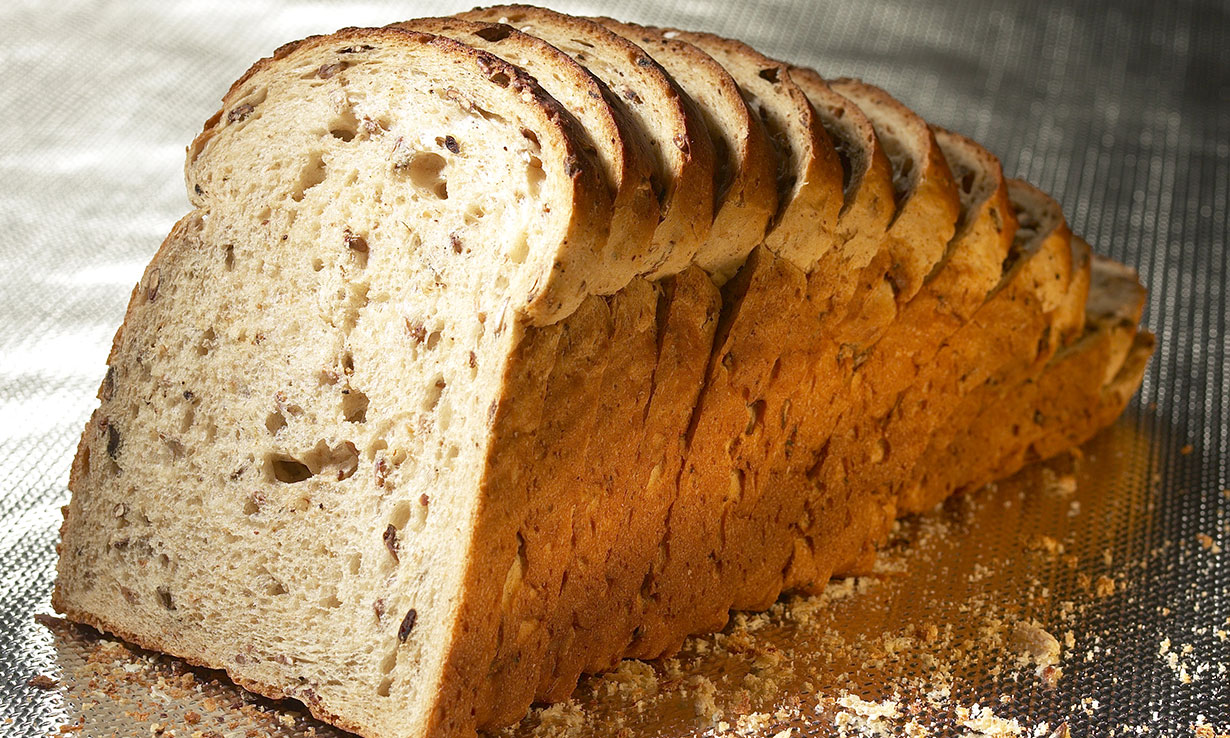 Gordon says: ‘Granary is a trademarked term owned by Hovis and only bread that is made with Granary flour can be labelled as such.’

Look out for malted wheat or malted kibbled wheat on ingredients as it’s these that give these loaves their distinct flavour. 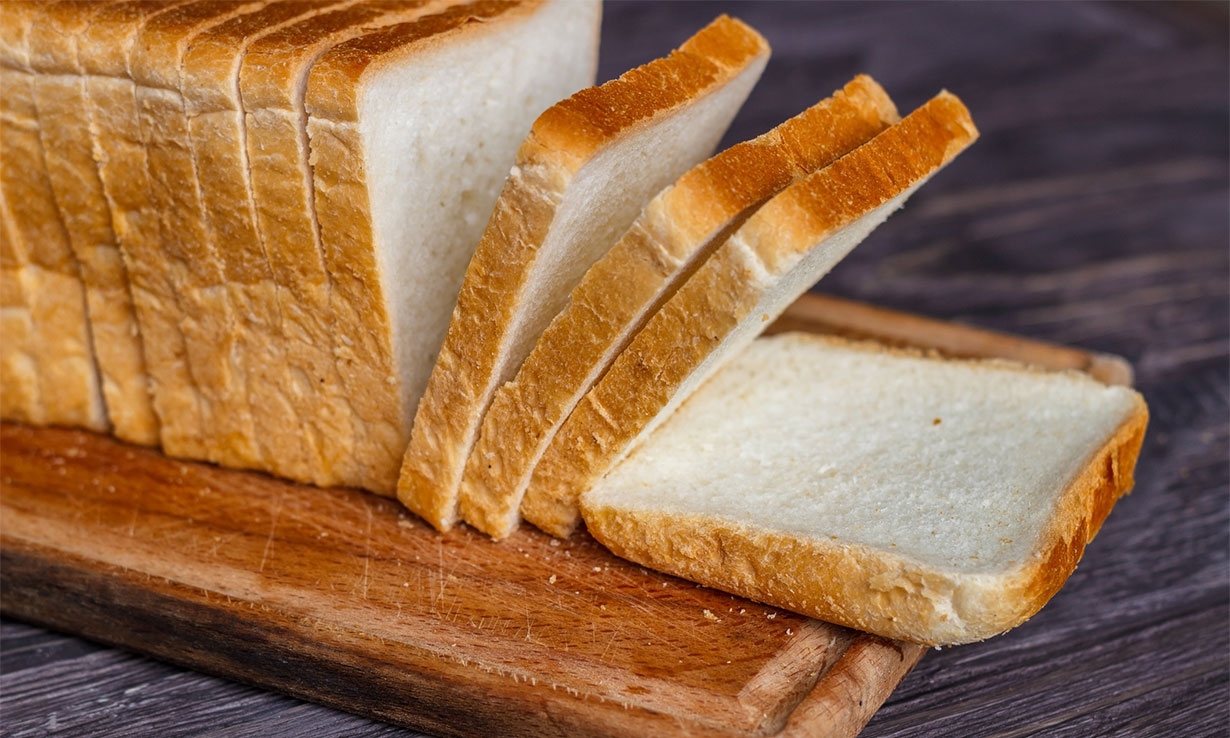 White bread is made from wheat flour which contains only the endosperm, or central section of the grain (about 75% of the whole grain).

Gordon says: ‘All white flour is fortified by law with calcium, iron, niacin and thiamin. 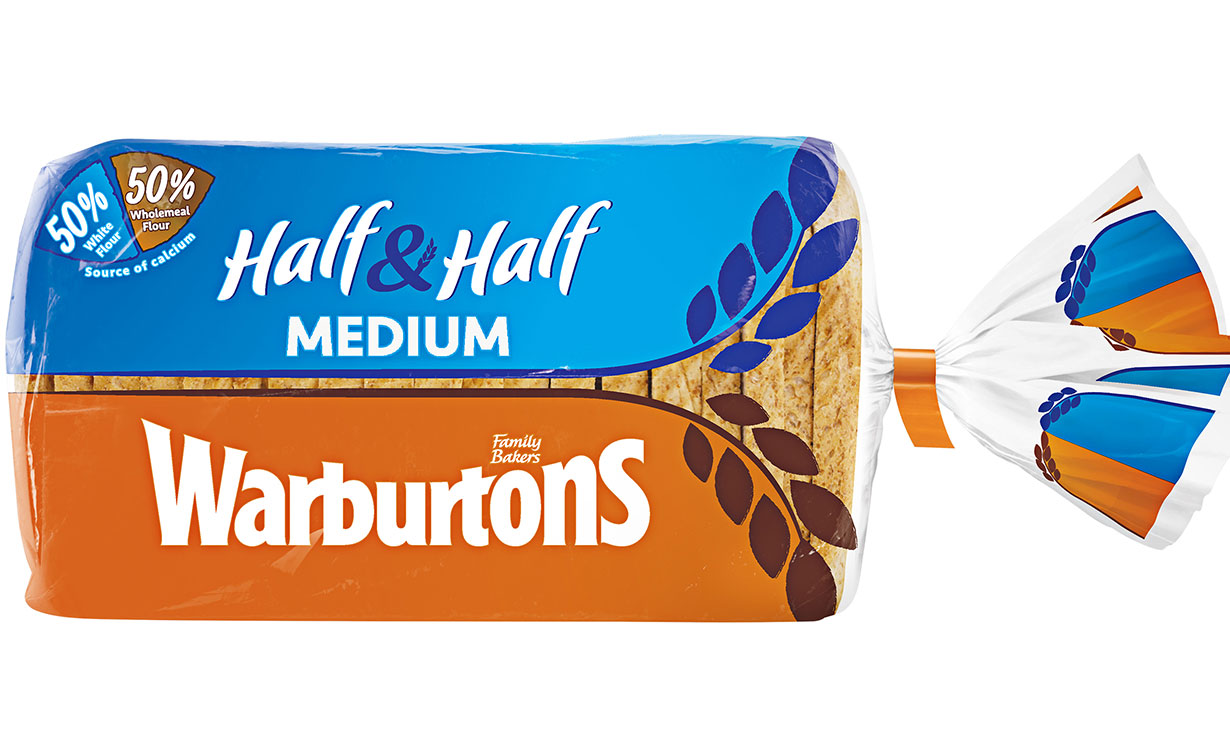 Gordon says: ‘This is bread made with half white flour and half wholemeal flour.’ 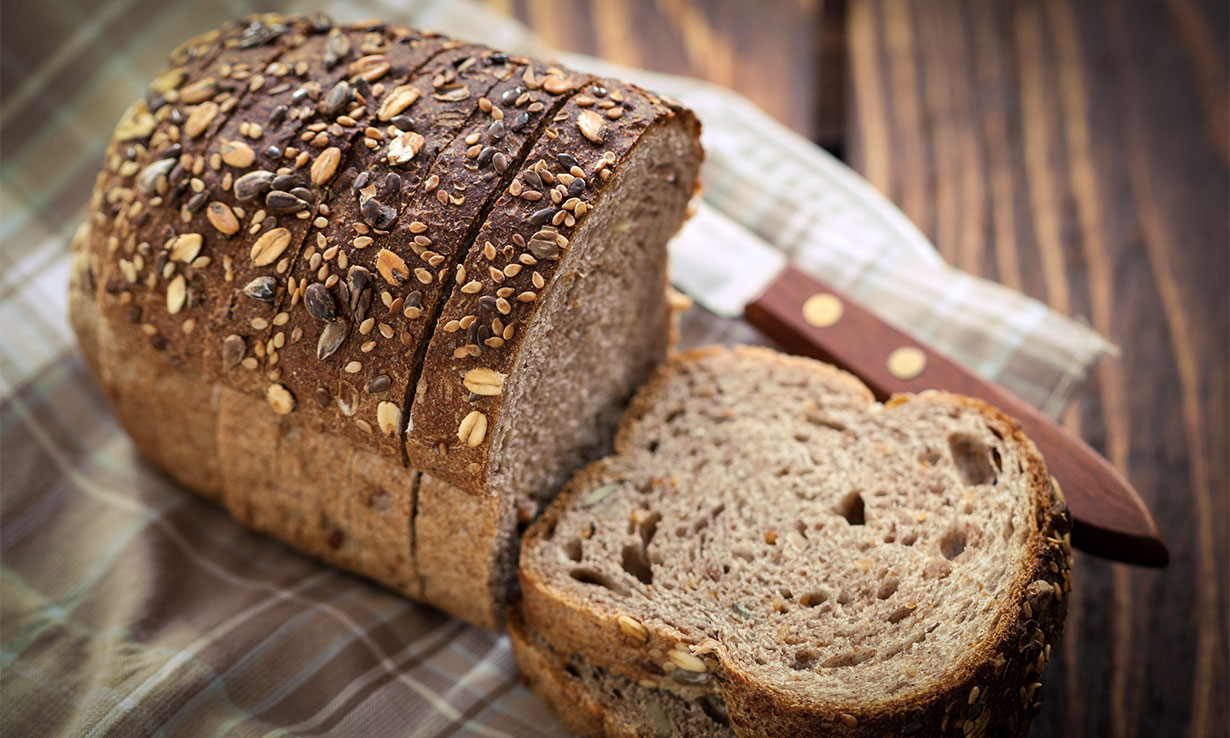 Multigrain breads are usually breads made with a combination of grains including wheat, oats, barley and flax.

Gordon says: ‘Different brands will each have their own recipe for a multigrain loaf.’ Check the ingredients list to check what’s in your choice. 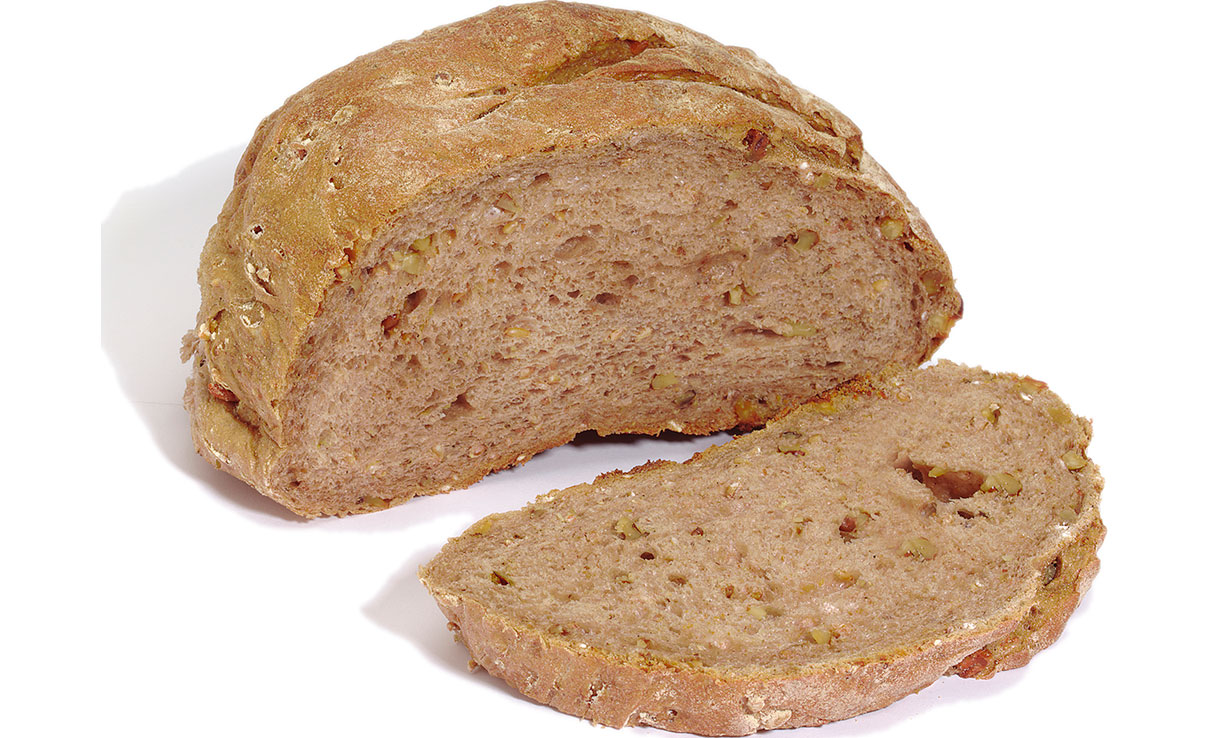 Wheat germ is the embryo of the wheat kernel, and it’s rich in vitamins B1, B6, folic acid and vitamin E, plus a range of minerals. 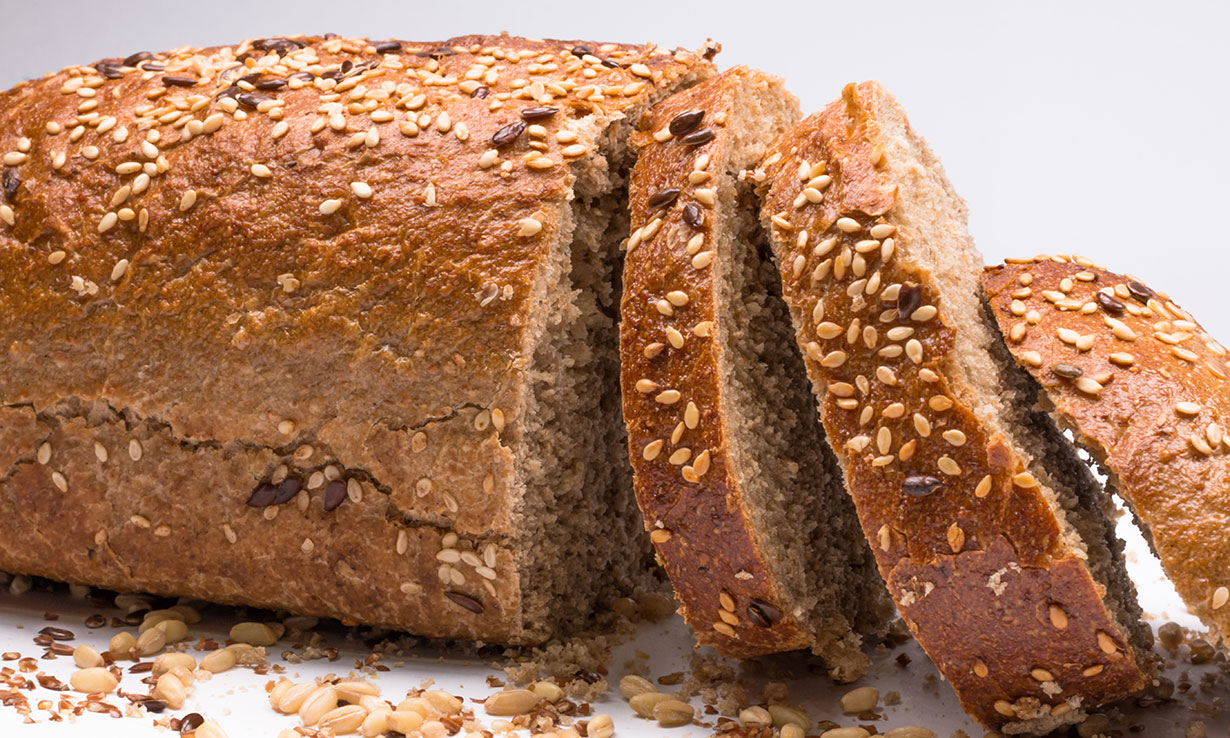 As you might expect, this is a bread with nuts or seeds in it. It sometimes might be multigrain, too, as is the case for a seeded multigrain loaf.

This means that as well as having seeds such as sunflower, linseed, poppy seed and millet in, they also contain a mixture of grains such as rye, spelt and soya, in addition to wheat. 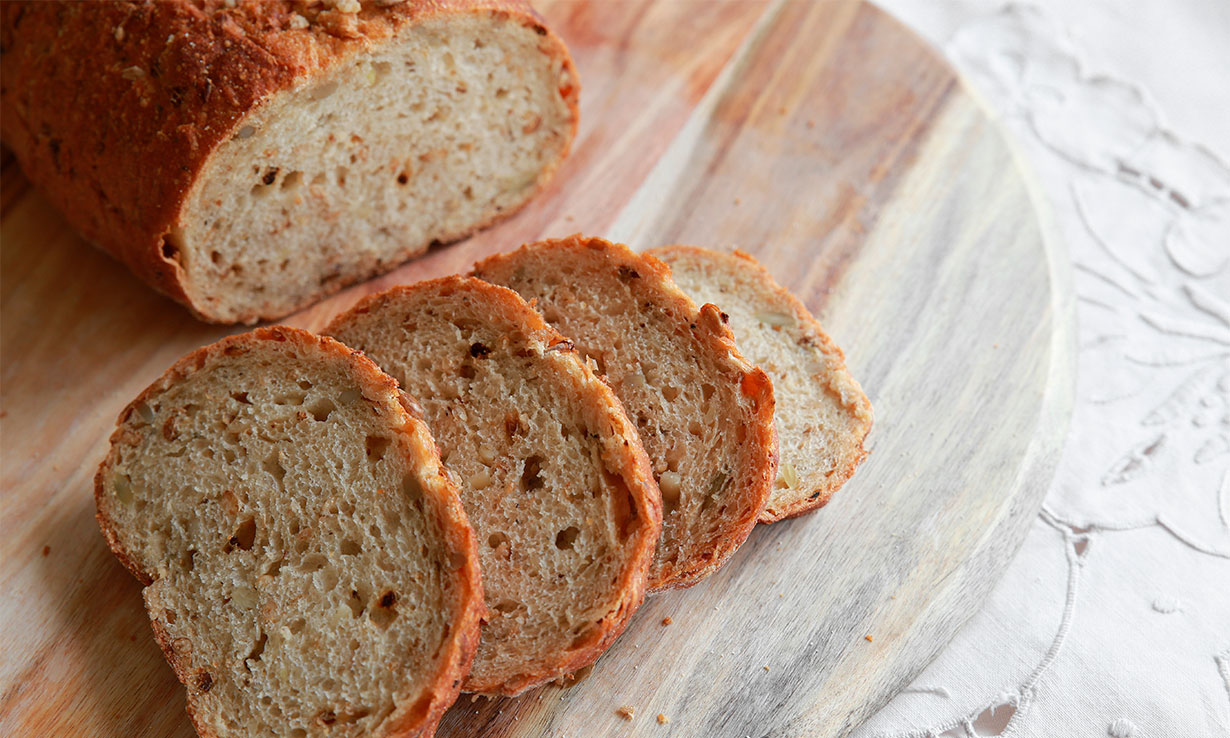 Gordon says:  ‘Sourdough breads are made from the fermentation of dough using a leaven and they are mildly sour to taste.’

A leaven is a substance such as yeast that is used in dough to make it rise – in the case of sourdough, the leven is yeast and naturally o-ccurring lactobacilli. 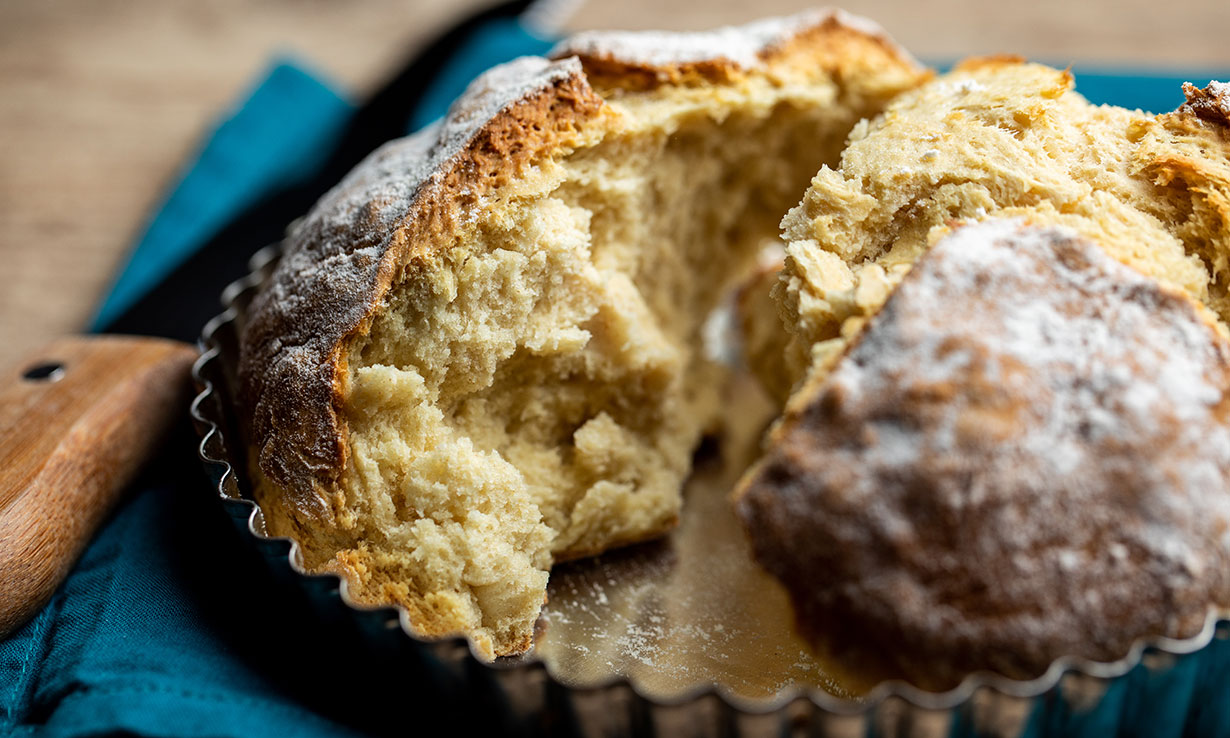 Gordon says: ‘Soda bread is a traditional Irish loaf, made using bicarbonate of soda as the raising agent as opposed to yeast.’

It also contains buttermilk, which reacts with the baking soda to form carbon dioxide to make the bread rise. 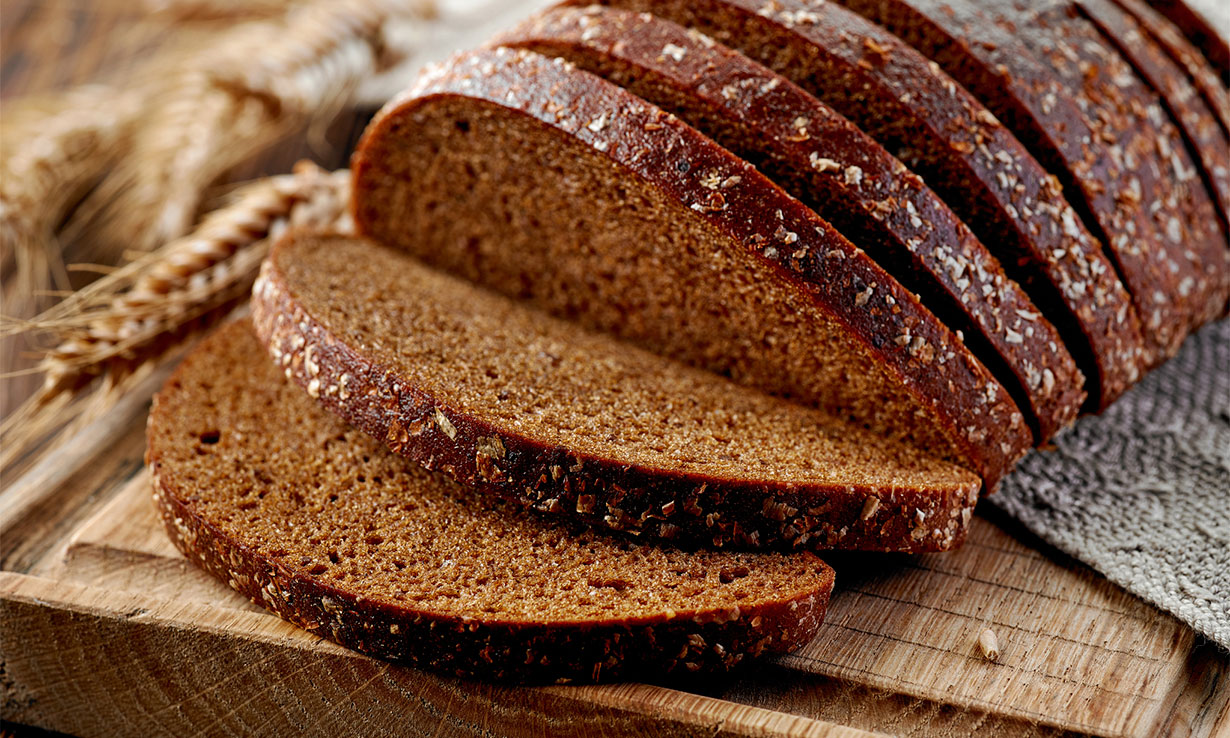 Gordon says: ‘This is bread made either entirely or in part with rye flour. Rye flour makes very dense bread, so wheat flour is often added to lighten the loaf.’

Rye bread can be light or dark (including pumpernickel) and some versions, such as Scandinavian types, contain caraway seeds.