We’ve tested cheap new hedge trimmers from Flymo, Webb and Spear & Jackson, so there’s plenty of choice for those tidying up their garden on a budget.

These hedge trimmers will help you make the most of the good weather this weekend, without breaking the bank. Always check first that there are no active birds’ nests in your hedge. There’s a choice between a corded electric model that plugs into the mains, or convenient cordless hedge trimmers.

And we’ve even found a new Best Buy in the ranks, so make sure to read our full hedge trimmer reviews to see which one gained our recommendation. 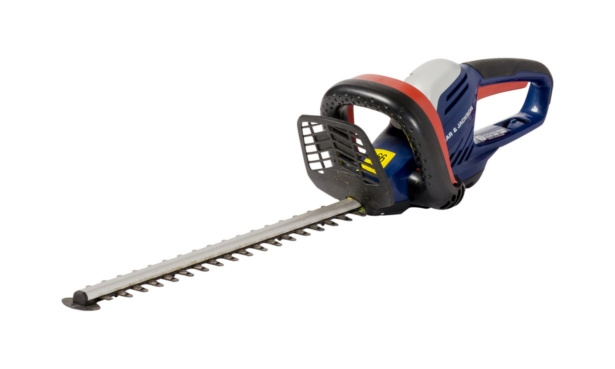 The cheapest trimmer we tested this summer, this Spear & Jackson could be a real bargain, especially considering its longer-than-average three-year warranty.

It’s a corded electric model, which means you’ll need to plug it into the mains. Luckily it has a long 10-metre cord, so you should be able to reach all your hedges in a small garden.

See the Spear & Jackson S4545EH hedge trimmer review for the low down on how well it performs. 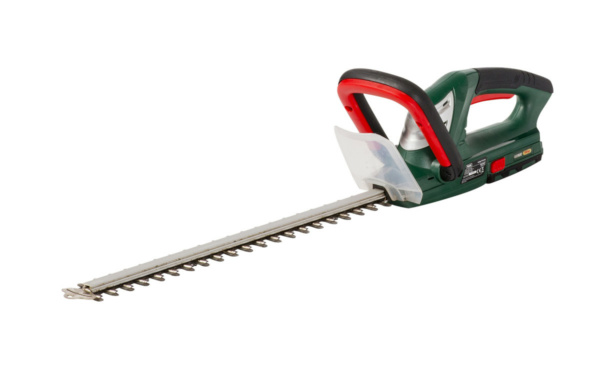 At £75, this Webb is about as cheap as cordless hedge trimmers come. It’s worth considering if you want more convenience and portability, and it’s not as heavy as cordless models can be either, weighing just 2.8kg.

You’ll get a 50cm blade for cutting medium-sized hedges, and a sheath for storing it safely.

But how easy is it to use, and does it leave your hedges neat and tidy? Click through to see our expert verdict on the Webb WEV20HT hedge trimmer. 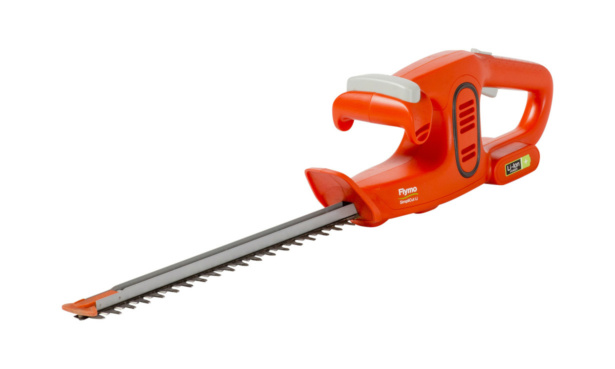 If you’re after a super lightweight model, then this Flymo, weighing just 2.2kg, could be a good choice.

Unusually, it comes with an integrated battery. This means you won’t have to buy it separately, which keeps the cost down, though it does mean that you’ll have to throw the whole trimmer away when the battery dies rather than just replacing it.

Read our review of the Flymo SimpliCut hedge trimmer to see how well it can cut your hedges.

How much should you spend on a hedge trimmer?

Our testing shows that in general, it pays to spend more on a hedge trimmer. 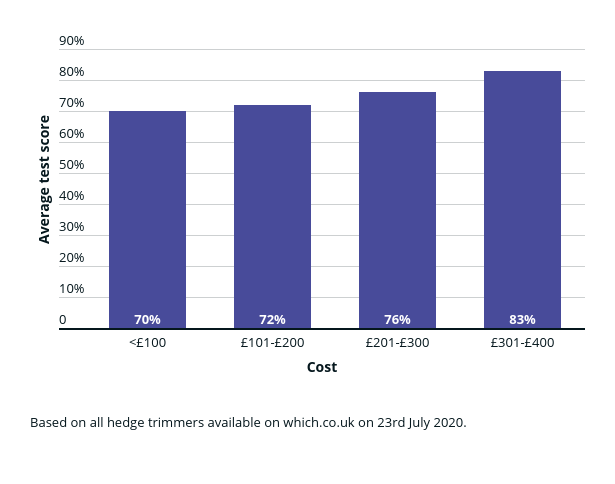 The models we’ve tested that cost more than £200 are more likely to do well in our tests. And if your budget can stretch to more than £300, you’ll likely end up with a top performer.

However, there are bargains to be found in the cheaper end of the market. One of the cheap models featured above is a Best Buy that gives pricier models a run for their money.

You’ll need to head to the best hedge trimmers we’ve tested to find the perfect trimmer for your budget.

Why you should get your boiler serviced this August