If you’ve had your new car purchase put on hold over the past few months, you’re in for a treat when you get back into your local showroom. Carmakers may have suffered decimated sales over the course of the coronavirus pandemic, but the unabated introduction of brand-new models means potential buyers will have more choice than ever.

In particular, there are a number of new hybrid models – and especially plug-in hybrid (PHEV) cars – being revealed. If you’re considering making the switch to an electric car, but you’re concerned range limitations and charging times won’t be compatible with your lifestyle, a PHEV could prove to be an excellent compromise.

Not only do you get a useful emissions-free driving range (and, compared with a full electric car, reduced charging times), the backup of a conventional petrol engine means you’ll never need to think about your battery range on long journeys.

Plug-in hybrid technology is also being used in sports and high-performance models as a way of increasing speed without relying on large, thirsty petrol engines. Expect new hot-hatch models and performance SUVs, in particular, to rely heavily on the technology in the next few years.

Below, is our pick of the new hybrid and PHEV models available to order now and in the near future.

Whether you’re in the market for an electric, petrol or hybrid car, find out which cars we recommend across a range of classes in our pick of the top cars for 2020. 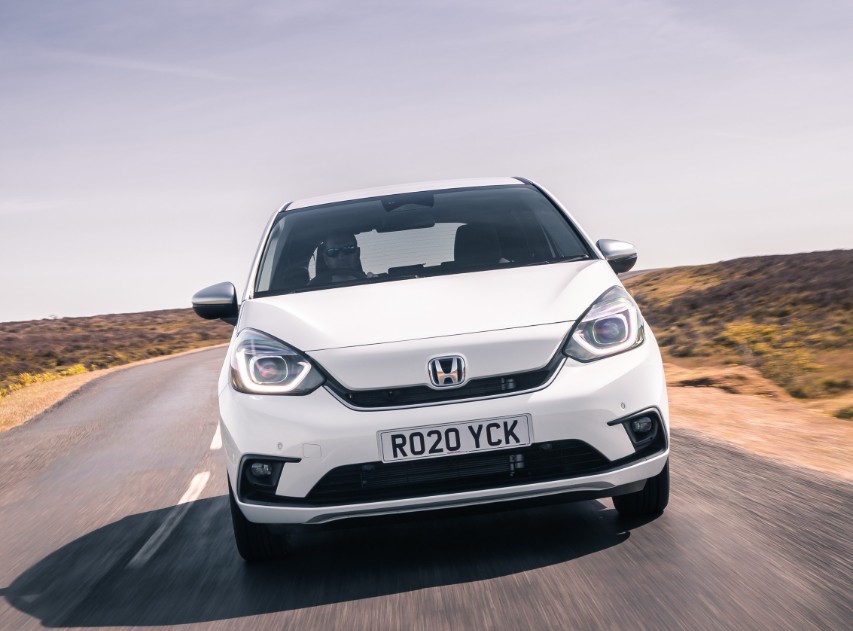 Hybrid car technology works best in the city, where petrol and diesel-only models are typically at their least efficient. No wonder, then, that Honda has made its all-new Jazz small hatchback a hybrid-only model.

The previous Honda Jazz models have been firm favourites with Which? members, due to their huge interior space and fantastic ease of use around town. Plus clever features, such as Honda’s ‘magic seats’, make it fantastic to live with. This all-new fourth-generation model looks set to continue this trend. 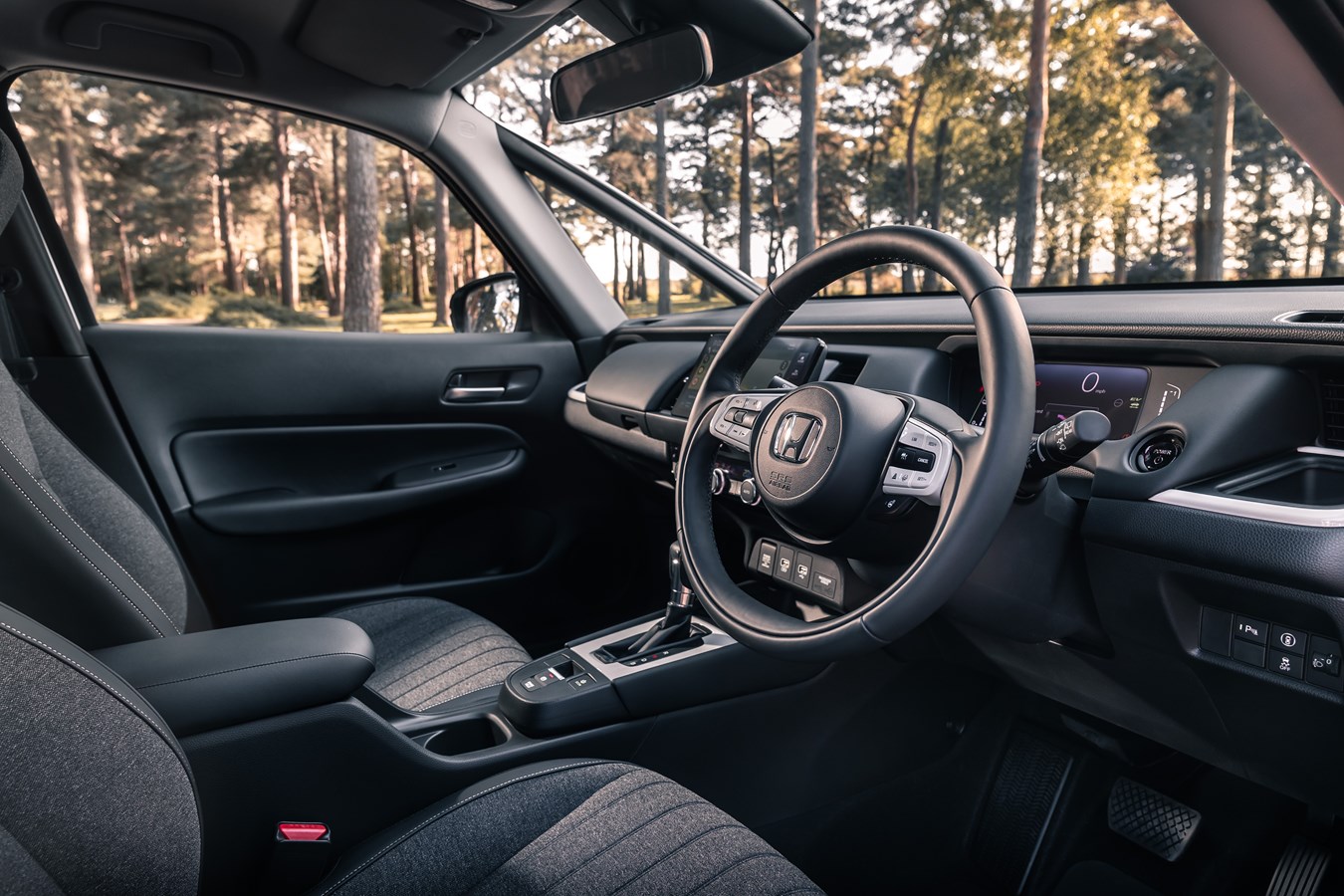 And, as a conventional full-hybrid model, you’ll never have to worry about plugging it in. The hybrid system recovers energy under braking and coasting to keep the battery topped up, and your fuel use as low as possible. 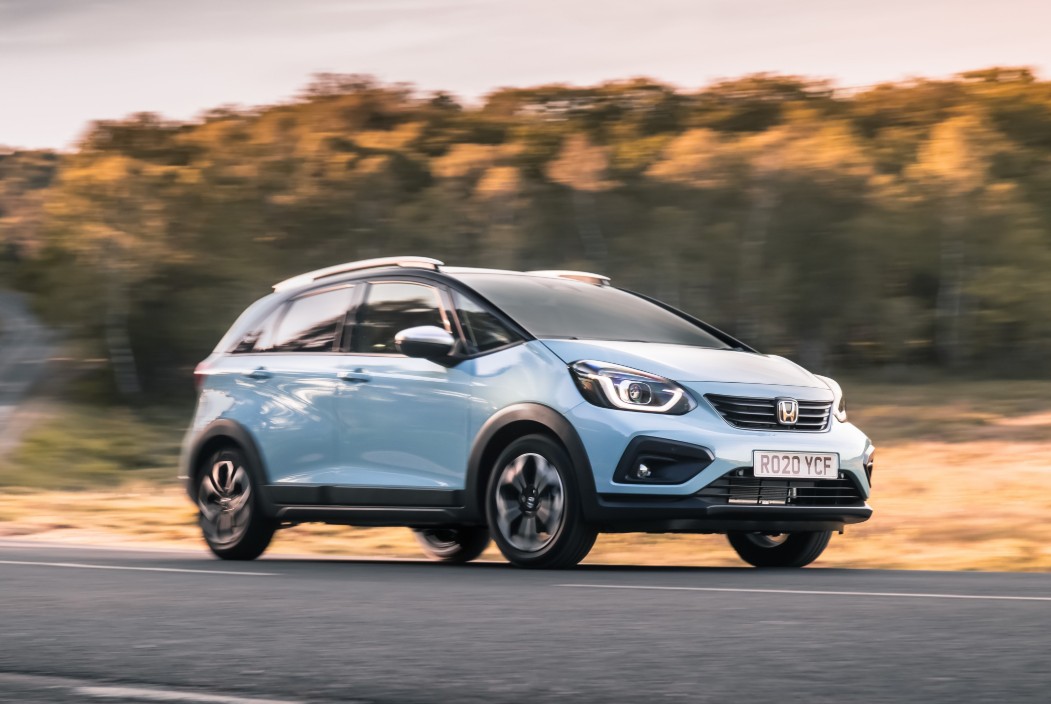 Both are available to order now.

Find out which of the two we think is better – see our first drive reviews of the new Honda Jazz hybrid and Jazz Crosstar. 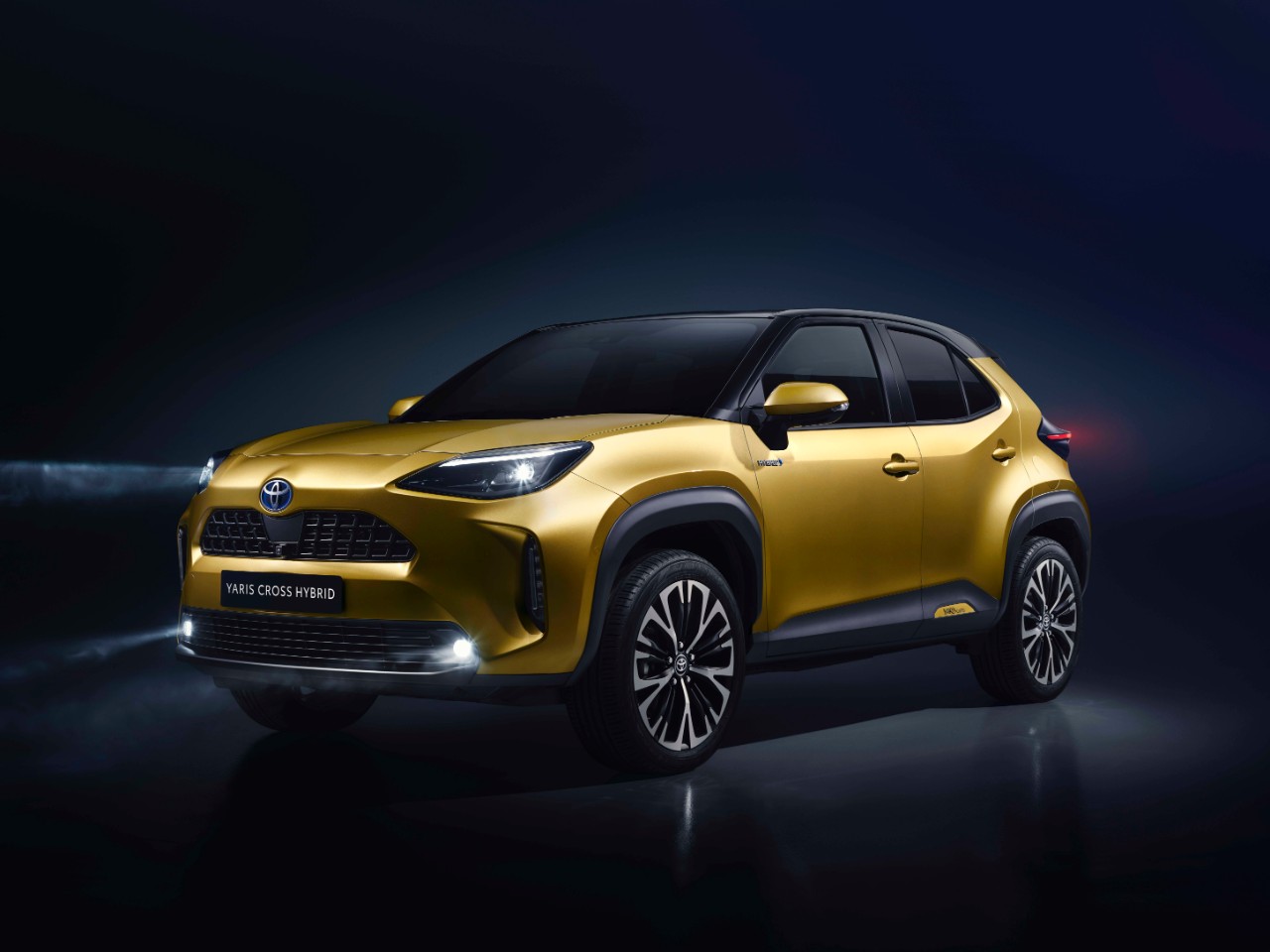 For a slightly more convincing take on the tiny hybrid city crossover, Toyota – pioneer of hybrid technology – has launched a high-rise version of its forthcoming Yaris hatchback, named Yaris Cross.

Slotting into the brand’s growing range of hybrid SUVs as the smallest and most affordable model, the Yaris Cross is powered by a 1.5-litre petrol hybrid system, with combined power of 115hp.

Full details are yet to be confirmed. But expect a car that’s both longer and wider than the traditional Toyota Yaris, for greater interior space, that’s also just as at home being driven around congested urban environments. 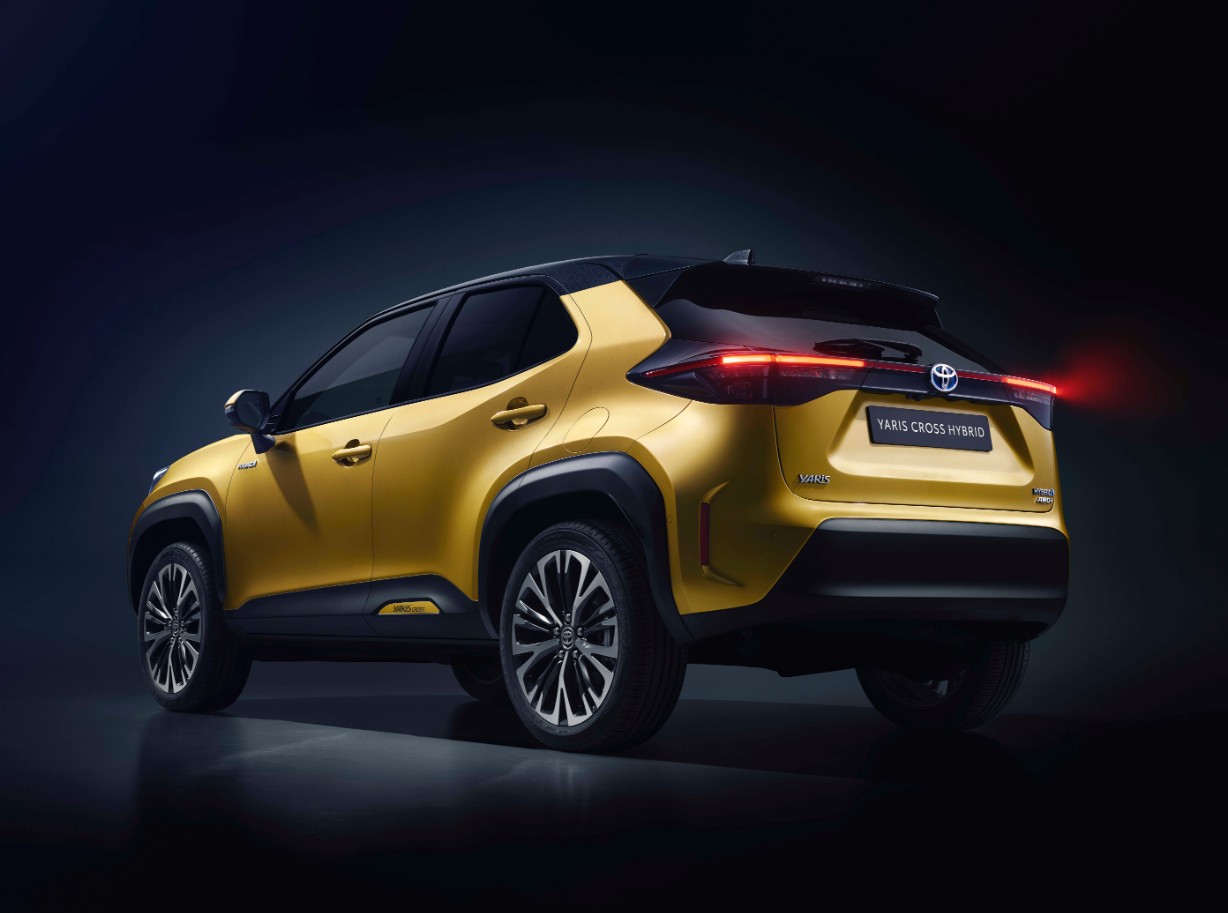 Unlike most super-small crossovers, the Yaris Cross will be offered with the option of four-wheel drive. Unlike conventional mechanical 4×4 systems, which are heavy and sap fuel, Toyota’s AWD-I system (first seen on the RAV4 Hybrid) uses a small electric motor to power the rear axle on demand.

This helps to keep emissions and fuel consumption low, while providing the security of four driven wheels.

The Yaris Cross is due to reach UK showrooms early in 2021. Can’t wait that long? The current generation Yaris hatchback is also available as a hybrid. Find out how it fared in our assessments, in the full Toyota Yaris Hybrid review. 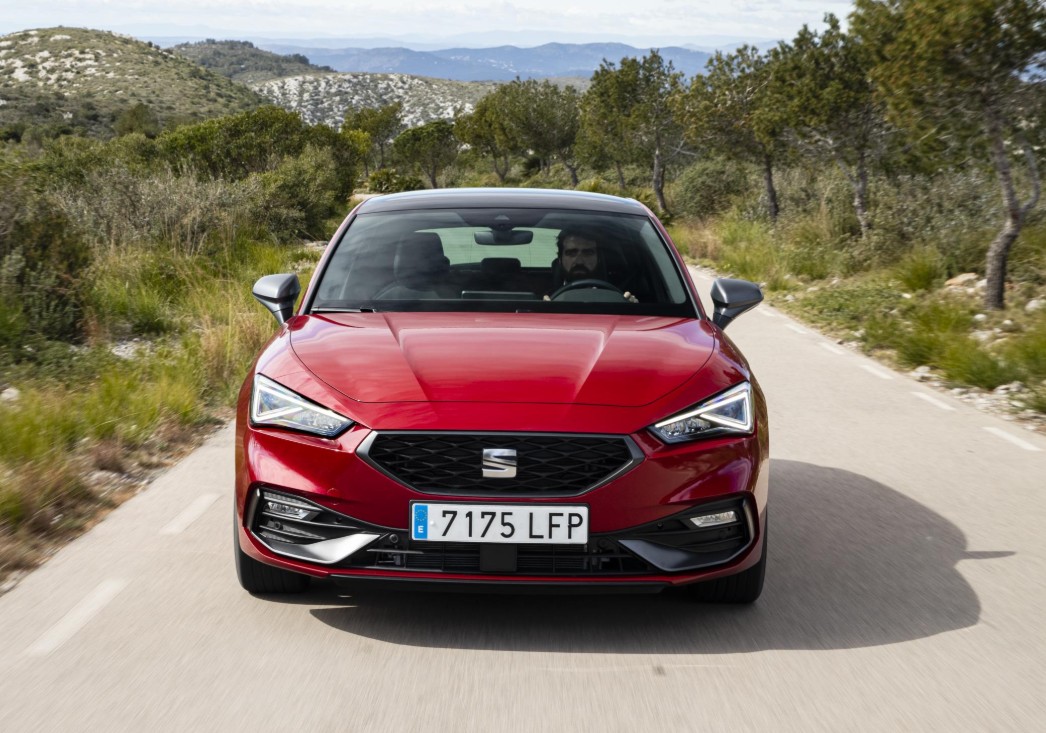 You needn’t buy an SUV or luxury sports car to benefit from plug-in hybrid car technology. The all-new Seat Leon hatchback is the first model from the brand to be offered in both mild-hybrid (available to order now) and PHEV (coming soon) variants.

A claimed electric-only driving range of 38 miles and a significant 204hp are the headline stats. Seat states the battery can be charged from empty to completely full in three hours with a home wallbox charger, or six hours using a conventional three-pin plug. 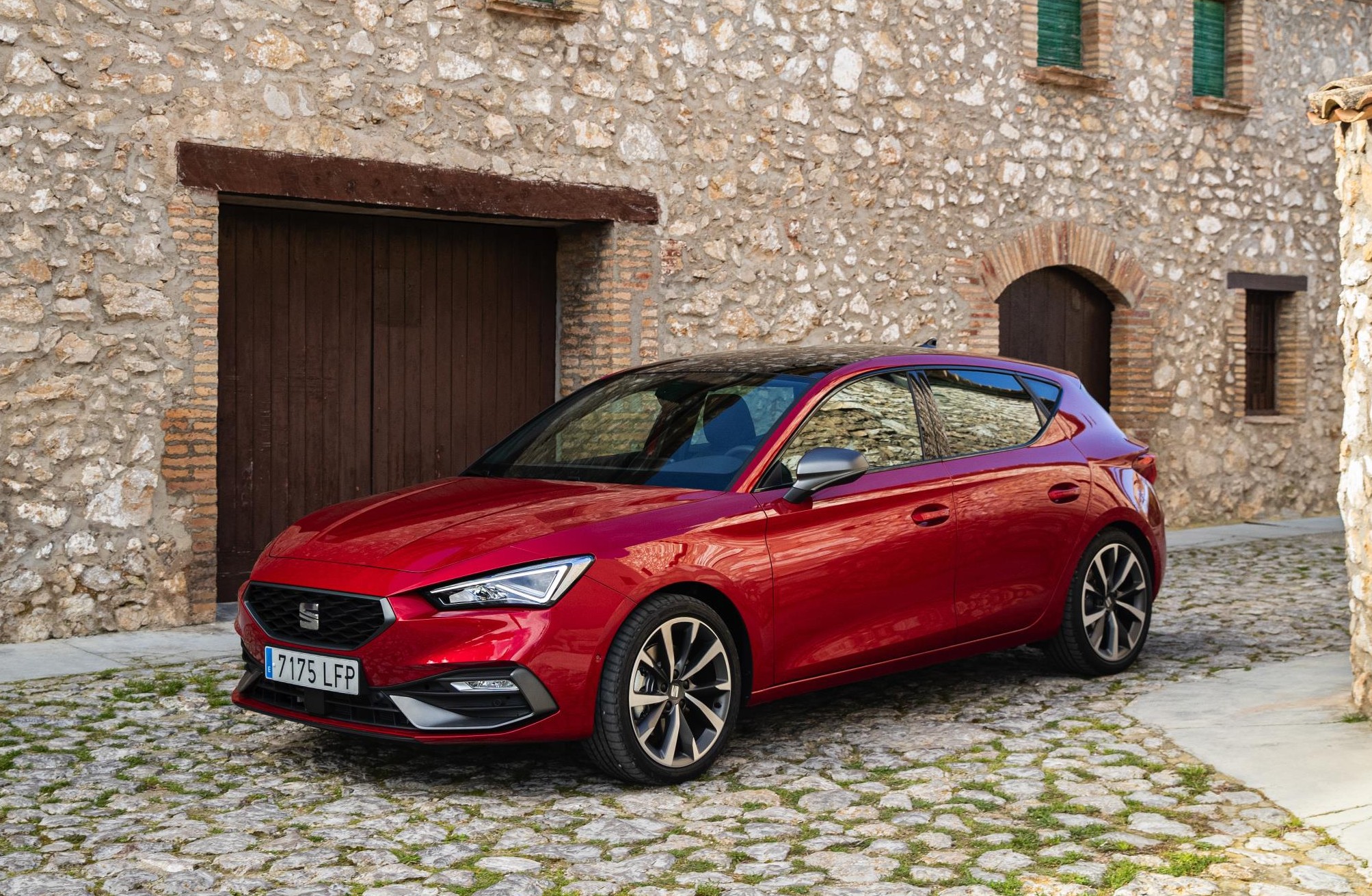 Order books for the Seat Leon e-Hybrid are expected to open imminently, when full price and specification details will be confirmed. 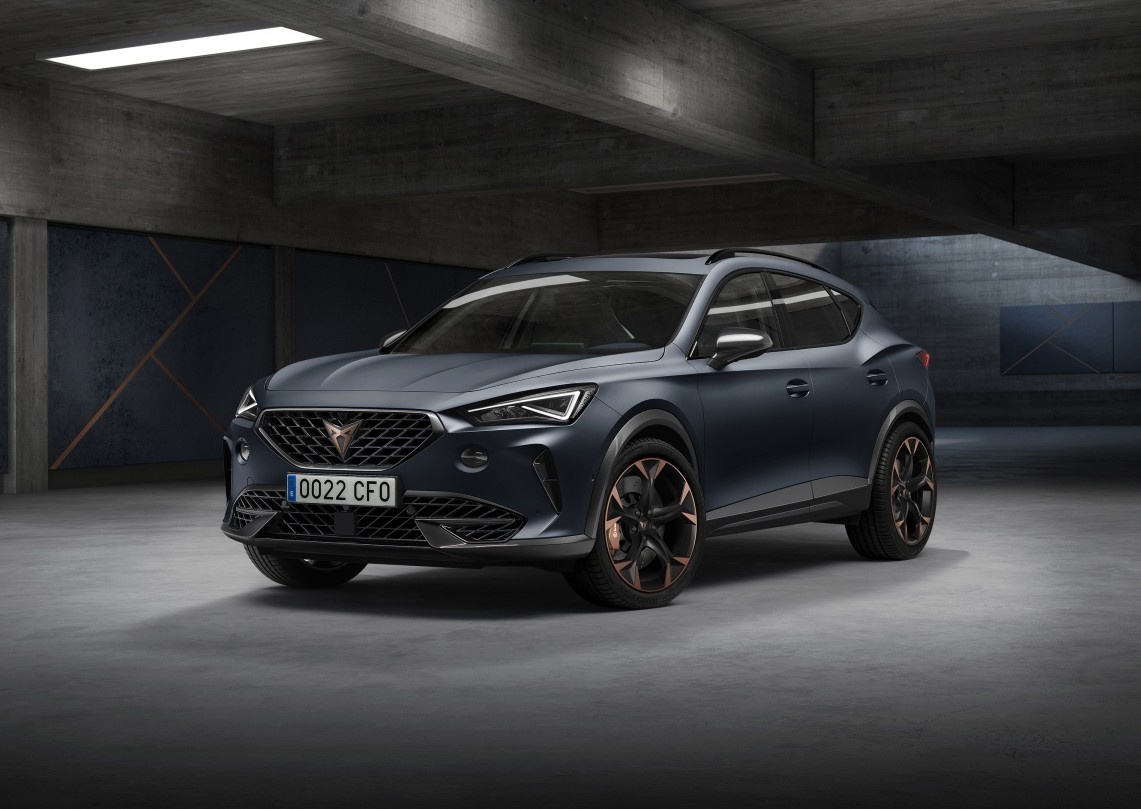 Cupra was originally the name given to Seat’s high-performance hatchback and crossover offerings. Since 2018, however, Cupra models have been split from the rest of the Spanish brand’s range and it’s now a marque in its own right. The Formentor is the first car that isn’t based on an existing Seat product. 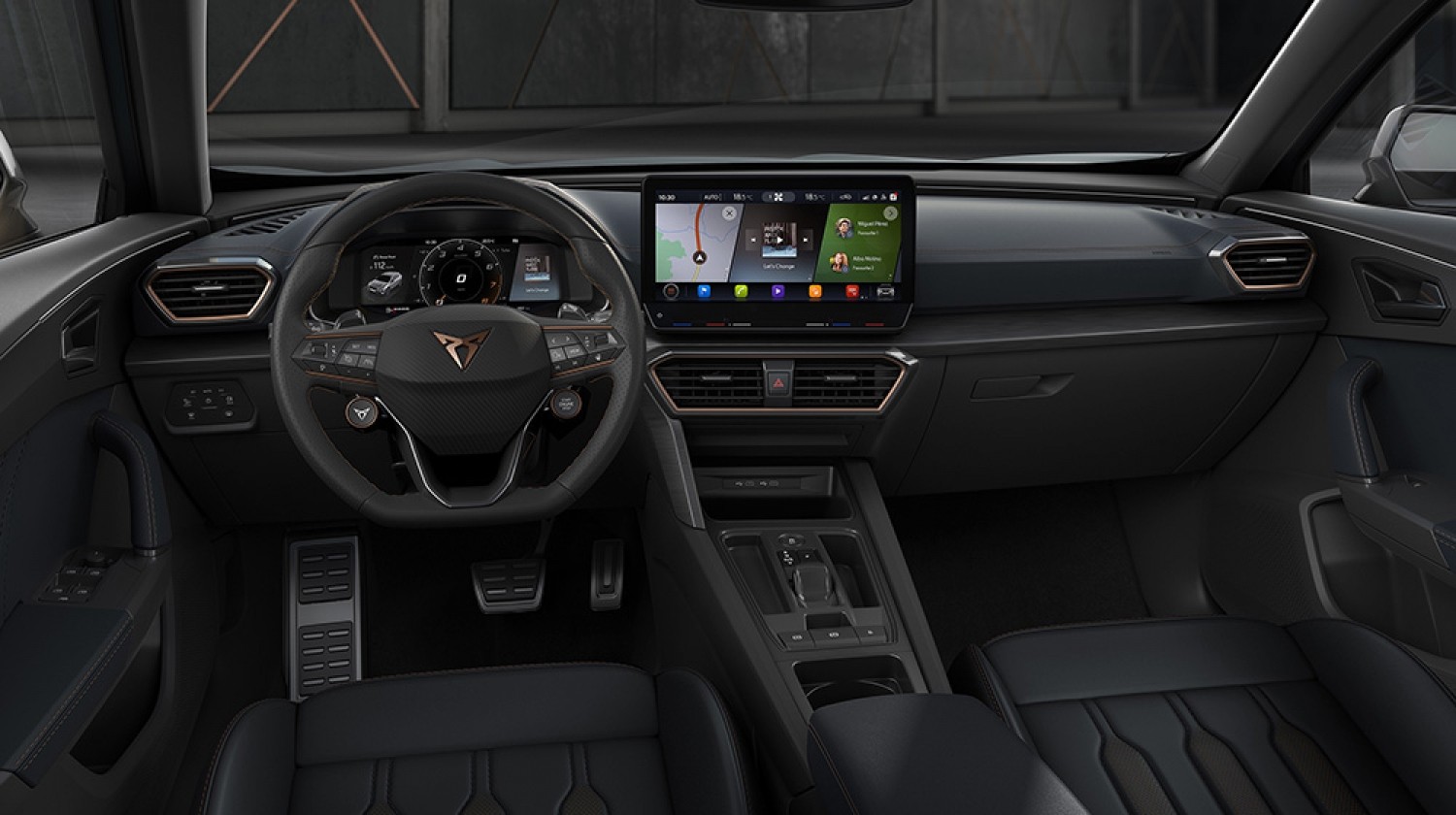 Diehard performance fans will be swayed by the hardcore 310hp 2.0-litre petrol model. Although for everyday use, the still-potent 245hp PHEV model is likely to prove superior, not least due to a claimed electric-only driving range of 31 miles.

Regardless of which version you choose, you’ll get a seven-speed DSG automatic transmission and Dynamic Chassis Control, which allows you to adjust the suspension and other parameters to suit your driving style.

Given previous Cupra models’ appeal as family cars, we expect the Formentor to have a spacious cabin, a large boot and impeccable safety credentials – although, we’ll put that to the test in our lab closer to the car’s debut. 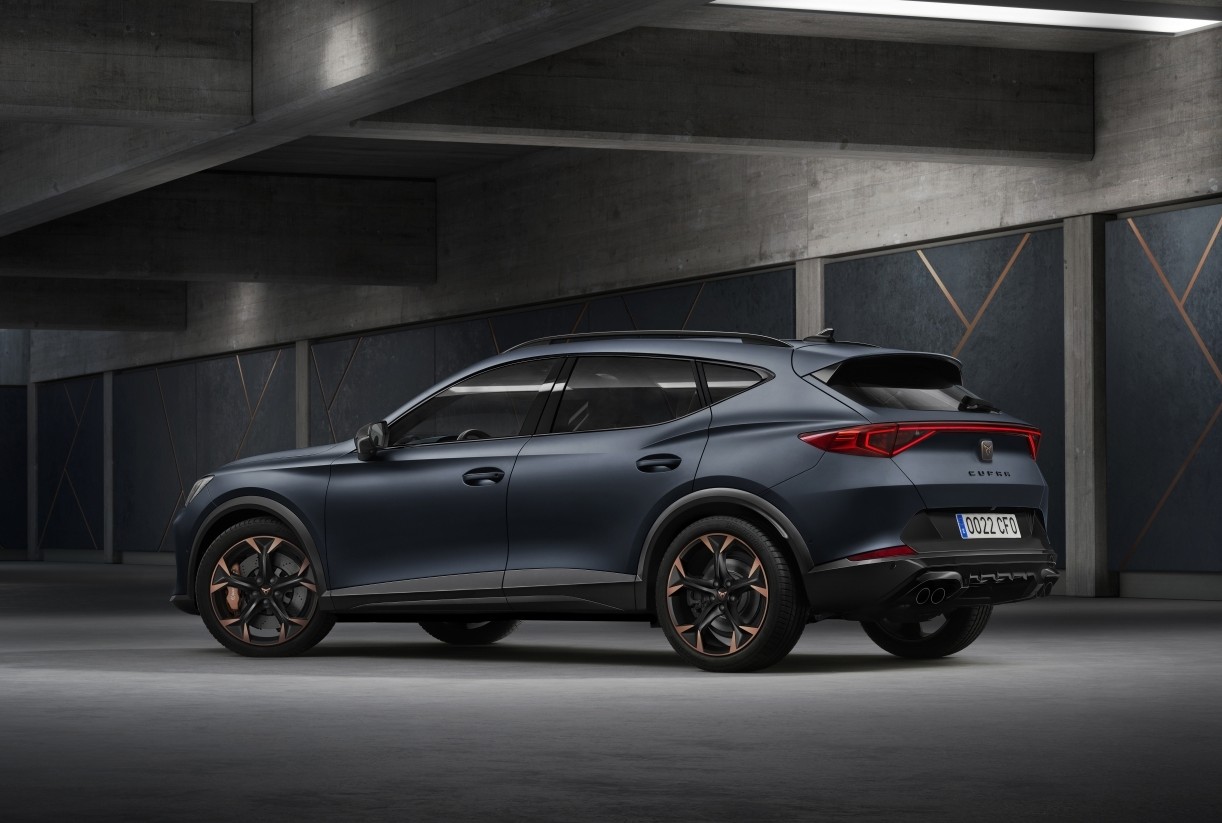 Full price and trim details won’t be confirmed until  nearer the Formentor’s UK launch in the last quarter of 2020.

For those who simply can’t wait, the first UK allocation is available to pre oder now. A £500 deposit will secure you a limited-edition ‘VZ’ model, fitted with the 310hp engine, expected for delivery at some point from September.

If you prefer your performance cars with conventional petrol power, check out our Cupra Ateca review – this is a high-performance version of Seat’s medium-sized family crossover. 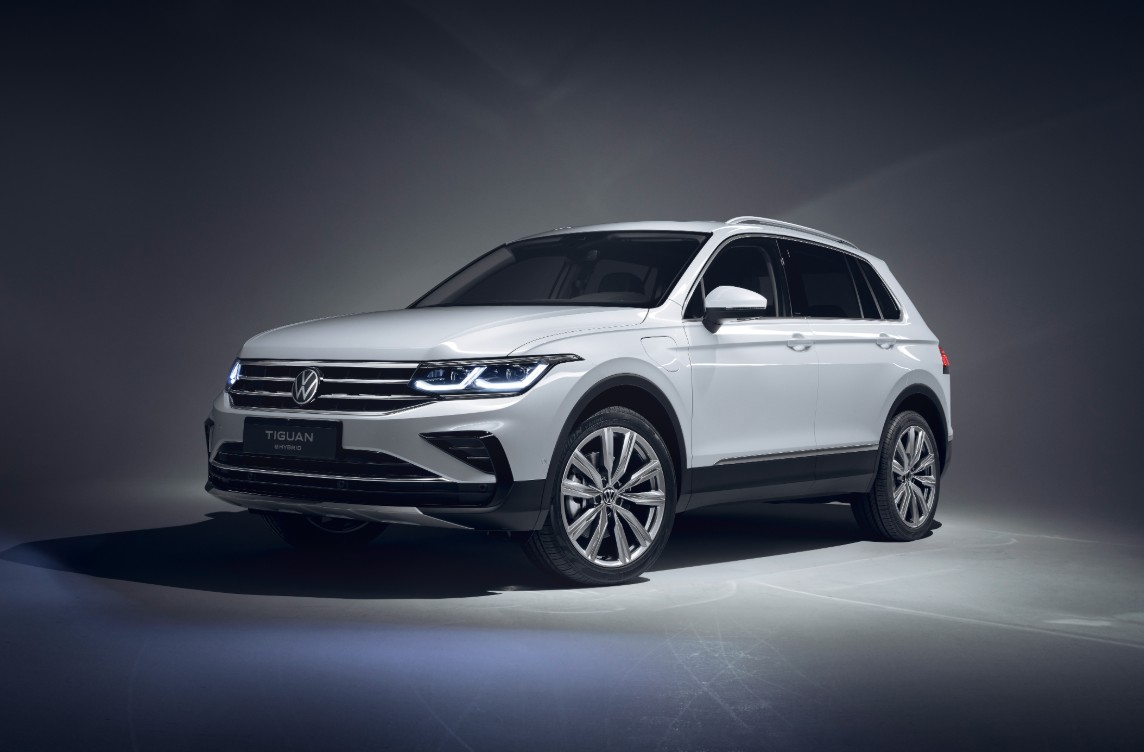 Called the Tiguan eHybrid, it uses 1.4-lite petrol hybrid system that produces 245hp. VW claims it can run on electricity alone for up to 31 miles and up to a top speed of 81mph.

Like existing VW PHEVS (including the Passat GTE), the Tiguan eHybrid will have a GTE mode – this combines the thrust of the petrol end electric motors for maximum performance. 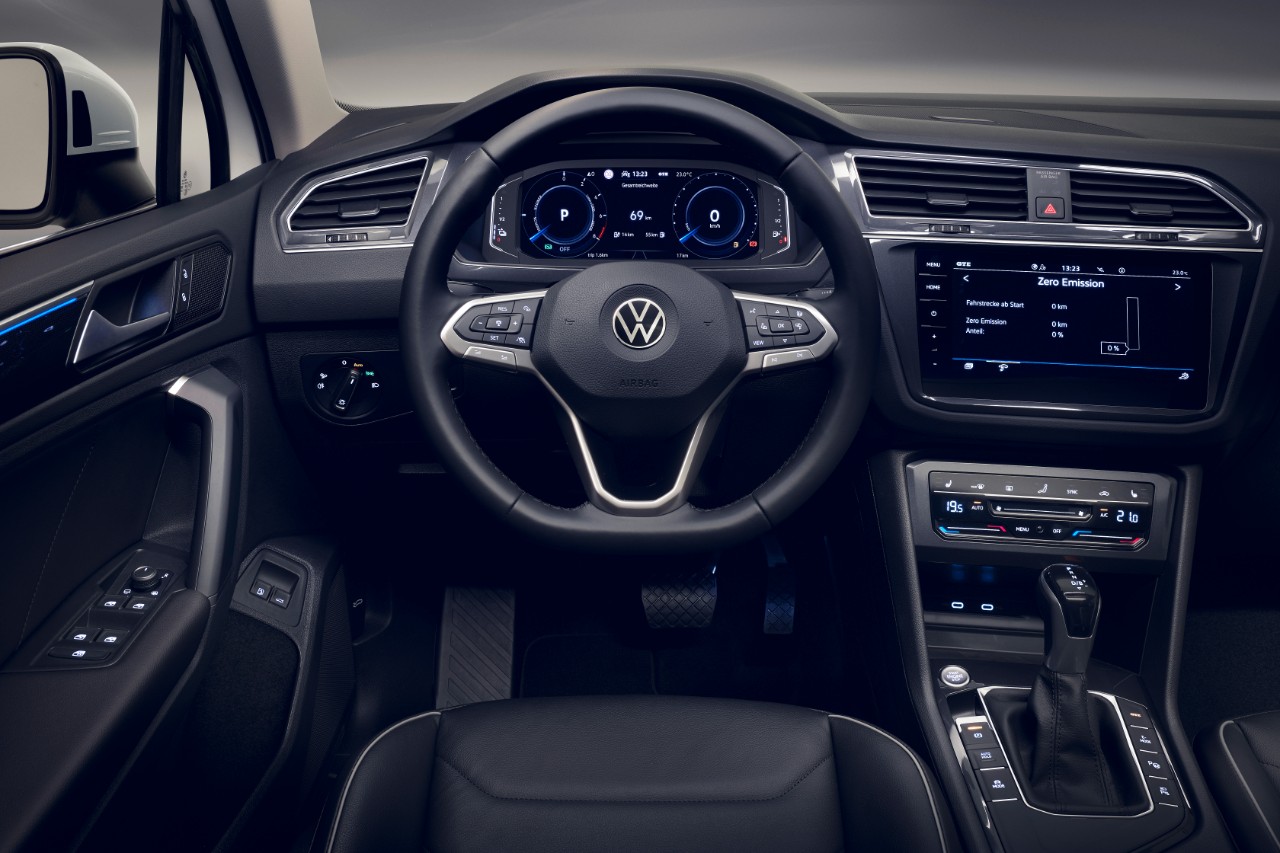 Volkswagen has also introduced a full-fat 320hp petrol version, called the Tiguan R, which has a trick four-wheel-drive system for maximum traction.

Whichever car you buy, you need to know it won’t let you down. Discover how reliable hybrid and PHEV models are compared with their regular combustion counterparts in our guide to the most reliable cars.