Pensioners aged 75 and over will have to start paying the TV licence fee from 1 August 2020; a service they had previously been receiving for free.

The change was initially due to come into force from 1 June but was delayed by two months due to the coronavirus outbreak.

The only over-75s who won’t have to pay are those who receive pension credit – which government figures suggest will benefit around 1.5m households. However, around 590,000 of those who are eligible to claim pension credit are currently missing out on the benefit and may end up paying when they don’t need to.

Here, Which? explains how the TV licence works, who needs to pay it and whether you could be missing out on pension credit which would keep your TV licence free.

The BBC has said it will start sending letters out to those aged 75 or over, asking to either confirm their pension credit claim or set up a way to start paying for their TV licence.

If you have a free TV licence that expires on 31 July 2020, you don’t need to do anything until you receive this letter.

If you don’t receive pension credit yourself (more on this below), but your partner who you live with does, then your household will only get the free TV licence if you receive housing benefit.

Some people over the age of 75 choose to pay for a TV licence; in this case, you should continue to pay as usual.

Who needs to pay the TV licence fee?

If you never use any of those services, you don’t have to pay.

As of next month, anyone who does use those services must pay the TV licence fee – regardless of their age – unless they claim pension credit.

Additionally, those who live in residential care homes should be covered by an Accommodation for Residential Care (ARC) TV licence and should get a special licence for £7.50 – regardless of whether or not you receive pension credit.

TV licences are paid per household, not per person – so, if someone you live with has registered and paid for a TV licence, that will also cover you while you’re living in the same household.

Are you missing out on pension credit?

Pension credit is a means-tested benefit designed to top up the income of those who receive the basic state pension.

The payment is made up of two parts – guarantee credit and savings credit.

How much does a TV licence cost?

Anyone who doesn’t receive pension credit must pay £157.50 for this year.

This can either be paid all in one go or spread across monthly, fortnightly or weekly instalments.

You can get a 50% discount if you, or someone you live with, is registered as blind, as long as the licence is registered in the blind person’s name. 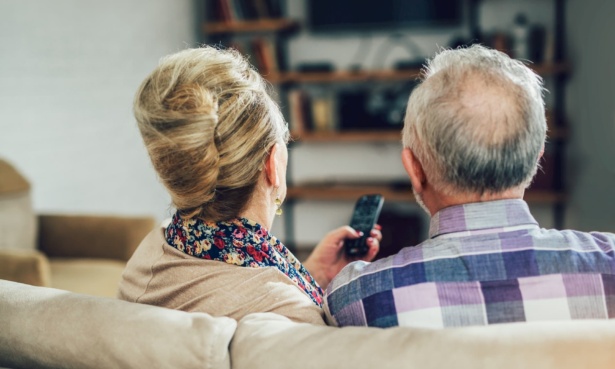 Why have these changes been brought in?

Free TV licences for the over-75s have been provided by the government since 2000, but the responsibility for the fee is being passed to the BBC.

The corporation says continuing to keep the free TV licence would cost £1bn over time, due to the UK’s ageing population.

It first announced plans to reduce the number of free licences last year, after the idea was suggested in a House of Lords report in April 2019 that looked at possible ways to address the wealth gap present between older and younger generations.