Private parking firms handed out a whopping 8.4m tickets in the last financial year, a year-on-year increase of 24%.

This works out as firms issuing a ticket every four seconds, according to RAC Foundation research.

Private companies are raking in millions issuing fines of up to £100 for allegedly breaking parking rules. Many are also permitted to get your address and contact details from the DVLA, making it tough to escape a fine.

But these fines can be issued unfairly, with nearly half of parking ticket appeals being accepted. If you don’t think you’ve broken the rules, it’s worth appealing.

Here, Which? looks at how private parking tickets became big business and what you can do to contest one.

How many parking penalties are issued each year?

If you started driving before 2006, and you’ve found yourself getting more and more parking tickets over the years, it might not be that your parking itself is getting worse.

Nicholas Lyes, head of roads policy at RAC, said: ‘These figures again demonstrate the need for a robust code of practice for the sector. The code is currently being drawn up and the RAC is involved in the process.

‘Central to the code’s framework should be a single, independent appeals process, better transparency for drivers and improved standards from the private parking sector.’

Penalty numbers have grown alongside the rise of private car park operators.

One of the biggest, ParkingEye, says it can ‘increase profitability’ of car parks.

A recent report from Parking on Private Land Appeals (POPLA) revealed that 23,433 people appealed ParkingEye tickets between October 2018 and September 2019 – that’s 29% of all appeals through POPLA that year.

Although many appeals are refused, parking firms often leave them uncontested, meaning you won’t have to pay your fine.

The table below has the top five UK car park operators by number of appeals in 2019, along with how many they allowed, refused, and left uncontested.

Overall, 40% of parking ticket appeals over that period resulted in cancelled charges and a quarter were completely uncontested.

On top of this, the British Parking Association (BPA) introduced new rules in January protecting drivers who made only small violations or genuine mistakes regarding car park rules.

‘I was rather put out by this’ 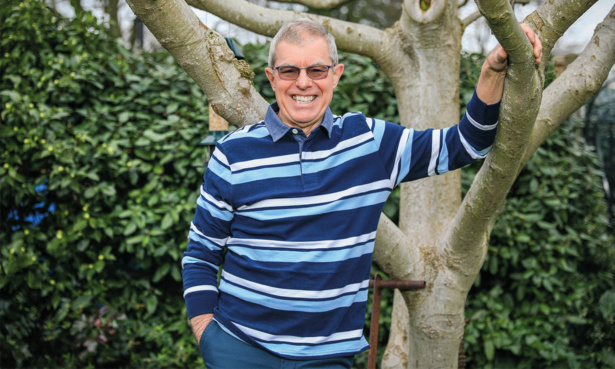 Which? member Ian Stromdale was shocked when a family swimming trip to the pool at Maidenhead Holiday Inn in December 2017 earned him a hefty parking fine.

ParkingEye told Ian he’d needed a permit to use the hotel’s car park. Holiday Inn staff confirmed he did not.

When ParkingEye failed to respond to Ian’s email, Holiday Inn contacted the firm on his behalf. The fine wasn’t lifted and Ian was facing a £100 bill with a two-week deadline.

He said: ‘I was rather put out by this, so I thought I’d go straight to the top.’

Ian searched online for ParkingEye’s chief executive and found contact details for Phil Boynes. After he sent an email explaining what had happened, Ian never heard from Parking Eye again. When he checked online, he found that the fine had finally been dropped.

Ian said: ‘I think some companies just hope that you’ll get so frustrated that you pay up. It’s bullying people and I don’t like being bullied. Nor does anybody, surely?’

A ParkingEye spokesperson said: ‘ParkingEye is a member of the British Parking Association (BPA) and operates a fully audited appeals process. Motorists with mitigating circumstances are encouraged to appeal highlighting this. Instructions of this process are detailed on all correspondence.’

There are numerous reasons you might want to appeal a parking fine:

Whatever the reason, you ideally won’t have to go all the way to the chief executive if the appeals process works well.

We have a template letter you can use if you need help.

Make sure you gather evidence to support your appeal, such as photographs or witness statements.

If the firm rejects your appeal, you can take it to an independent adjudicator, such as POPLA, for further appeal.

Win this appeal and the charge will be cancelled. If you lose, you won’t have to pay compensation or a higher charge. But the firm can pursue you through the courts to pay the original fine.