The £1m jackpot prizes went to savers in Cumbria and Outer London, while seven other winners received the next-best prize of £100,000.

Last month saw a man from Tyne and Wear win the top prize after the bonds he bought in May were entered into the draw for the first time – but are newer bonds luckier?

Here, Which? reveals the winning bond numbers and looks at whether newer bonds are more likely to be picked for the jackpot prizes.

The first winner of August’s prize draw is a woman from Cumbria with the bond number 174SW09538. She purchased the winning number in November 2010 and has £5,900 in premium bonds.

How many winners were drawn in August?

The table below shows the full breakdown of prizes:

NS&I recently revealed some dramatic changes to its net financing target, which has increased from £6bn to £35bn for the 2020-21 tax year. This target is set by HM Treasury.

Unlike a bank, NS&I provides a source of funds for government borrowing – which is why all money you save is 100% backed by the Treasury. In the wake of the coronavirus crisis, the UK government needs more money – much more money – from savers, hence the huge change to NS&I’s target.

This is potentially good news for savers; as NS&I will be wanting to attract more money to fund government spending, we’re unlikely to see any reductions in terms of premium bond prizes.

In fact, it’s possible that NS&I could decide to make premium bonds even more attractive – perhaps with more prizes or an even more reduced minimum buy-in. 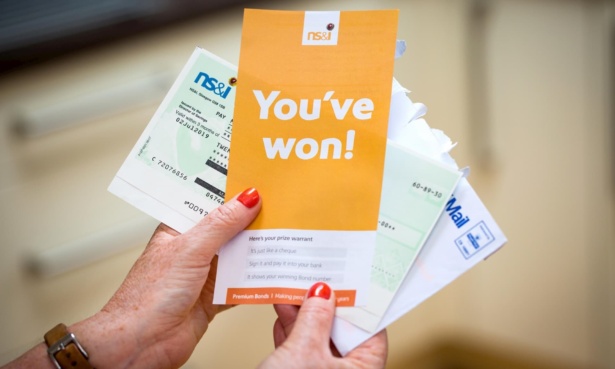 Which is the ‘luckiest’ year for premium bonds?

Despite premium bonds being around since 1956, only four of the last 146 jackpot-winning premium bonds (since June 2014) were purchased before the year 2000; two winners bought their premium bonds just this year.

The graph below shows how many £1m jackpot prizes have been won with bonds purchased in the past 20 years.

So, why is it that bonds bought more recently seem to win more? Put simply, there’s more of them.

Premium bonds have also opened up to a wider audience. In February 2018, the minimum investment amount was reduced from £100 to £25, so premium bonds have become a viable option to those who don’t necessarily have a lot of money to save.

As for the draw itself, it’s completely random. NS&I’s special computer, affectionately known as ERNIE (Electronic Random Number Indicator Equipment) generates random numbers, which are then matched up against the corresponding premium bond numbers.

The random nature of the draw is why some people will find they regularly win prizes, while others won’t win anything at all.