As part of its Galaxy Unpacked event, Samsung has debuted a host of new products including the giant Galaxy Note20 Ultra, a follow up to the Galaxy Fold and a pair of Galaxy Tab tablets.

This afternoon’s event was well and truly crammed with announcements, with other highlights including new Apple AirPods rivals and the attentive Galaxy Watch 3, which will keep you active if you’ve found yourself working from home recently.

Below, we’ve rounded up all the new arrivals from Samsung Galaxy Unpacked 2020 that you won’t want to miss.

Samsung Galaxy Unpacked 2020: at a glance

The undeniably expensive Galaxy Note range has always been aimed at folk that want to stay productive on the move. That means big displays, plenty of processing power and software features that take full advantage of Samsung’s S Pen stylus.

Unsurprisingly, then, the new Galaxy Note20 range offers more of the same. But this time, we’re being treated to a couple of upgrades that should make scribbling notes with the S Pen a more pleasant experience. 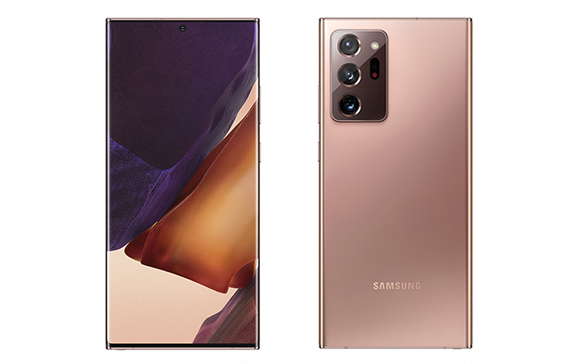 Both of these new arrivals are available with 5G and feature a near-bezel-less design that will give you more room to annotate presentation slides with the S Pen.

The Note20 has a 6.7-inch display at 60Hz, while the Note20 Ultra turns things up a notch with a 6.9-inch screen (the largest of any Note device) at 120Hz. A higher refresh rate on the pricier Note20 Ultra means that, in theory, scrolling through web pages will look and feel smoother. That same display also runs at a higher resolution than its cheaper sibling, so expect more detail on-screen while you’re flicking through your image gallery.

At Galaxy Unpacked, Samsung really focused in on the improved power of the S Pen. The tech giant was keen to boast that handwriting recognition on the new S Pen is the best its ever been. On top of that, Samsung has also managed to reduce the latency of the S Pen, so things should feel more responsive as you draw or write.

For an overview of how the two new smartphones compare, see our specs table below:

The cheapest variation of the Note20 Ultra costs around £300 more than the entry-level Note20. If you dig a little deeper into your wallet for the pricier option, you’ll get a real powerhouse of a phone (on paper).

Compared with the Note20, the Note20 Ultra has a slightly bigger display running at an improved resolution. If you fancy a more capable camera, the Note20 Ultra seems like the obvious choice if your budget allows it. The star of the show is a 108Mp Wide-angle Camera, which will give you a wide view of your surroundings without compromising on image quality. On the front of both phones, you’ll see a hole punch-style selfie camera.

Although the battery is bigger on the Note20 Ultra (4,500 mAh compared with 4,300 mAh), both mobiles support Samsung Fast Charging and Fast Wireless Charging. We’ll be testing battery performance in detail when we test both phones in the Which? lab.

You can pre-order either of these new Galaxy Note20 smartphones from today. They officially launch on 21 August.

Samsung’s shape-shifting Fold has been on an interesting journey. Early review units for the original model were let down by fragile displays that trapped debris, which meant Samsung had to go back to the drawing board. After some adjustments were made to the hinge mechanism, the Galaxy Fold launched In September 2019.

Now, the follow up to the attention-grabbing Fold has landed. The Samsung Galaxy Z Fold2 has a familiar design, but looks a little more polished than its predecessor.

The Galaxy Z Fold2 has three displays in total. When the phone is closed up in your hand, you’ll be staring back at a 6.2-inch display. Open the Fold2 up like a book and you’ll find two more 7.6-inch displays, both of which are larger than the screens of the original Galaxy Fold.

We’re still waiting for confirmation price and release for the Samsung Galaxy Z Fold2 – we’ll let you know as soon as we hear more. 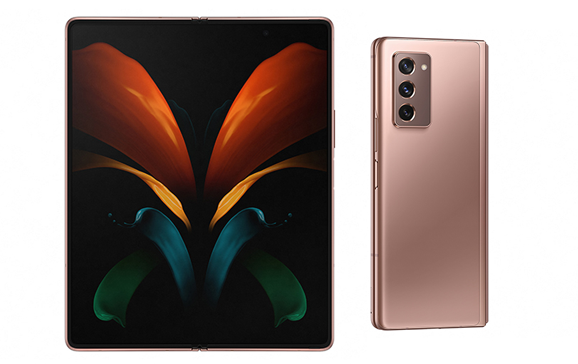 Like the Apple Watch, the Samsung Galaxy Watch 3 is being marketed as a wrist-based personal assistant that can help you run your life more smoothly and stay healthy.

Galaxy Watch 3 comes in two sizes – 41mm (£399) and 45mm (£419). That’s more expensive than the original Galaxy Watch at the time of launch, which came in slightly different sizes (£279 for the 42mm version and £299 for the 46mm version). Both sizes look like sophisticated traditional watches (like the Galaxy Watch) and have a 360 x 360 Super AMOLED display that’s strengthened by Corning Gorilla Glass. 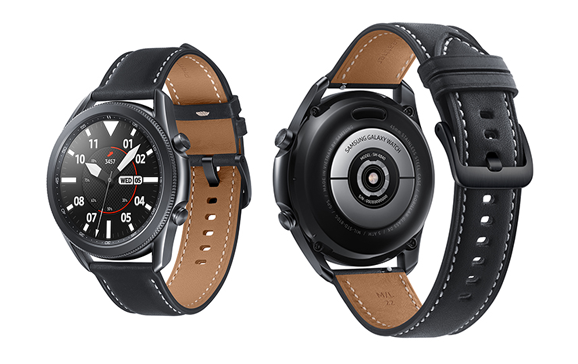 Like the Samsung Galaxy Watch, Samsung Watch Active and Samsung Watch Active 2, the Galaxy Watch 3 runs off the Tizen OS, which is compatible with both Android and iOS. And, like those, it has built-in GPS, a waterproof rating of 5 ATM (making it safe to wear in the swimming pool), a heart-rate monitor and a host of other sports-tracking sensors. You can also buy a 4G version, which you can use to make and receive calls even when your phone isn’t nearby.

Other nifty new features for the Galaxy Watch 3 include real-time feedback on your running form, weather updates with live animation, a pulse oximetry feature (also known as blood oxygen monitoring or an SpO2 sensor) and tools for checking blood pressure and taking an ECG. This isn’t a medical device, but monitoring aspects of your health such as these can help you get a good sense of what’s normal for you, and you can then flag anything unusual with your GP.

Not all of these health features will be available to UK users at the time of launch, but they should be rolled out via an update once Samsung gets regulatory approval.

You can also personalise your watch by taking a photo of your outfit on any given day and asking the watch to suggest a watch face with matching colours.

Let’s start with the cheaper option. The Samsung Galaxy Tab S7 (below) has an 11-inch display. It has a full metal design, but manages to stay fairly lightweight at around 500g – which is good news if it will be accompanying you on the daily commute. 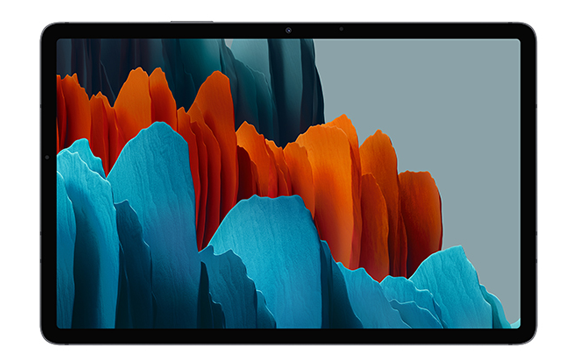 Then there’s the Galaxy Tab S7+ (below). This bulkier pick has a 12.4-inch display, which Samsung claims is the largest Super AMOLED screen of any tablet currently on the market.

Both of these new Galaxy Tab models are using 120 Hz displays, which is another first for Samsung’s tablet range. 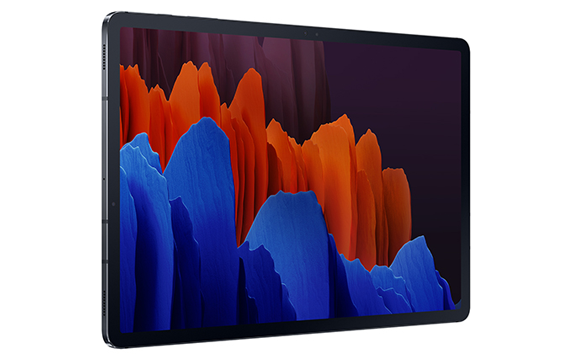 To help you boost productivity, the Galaxy Tab S7 and S7+ will now let you run up to three apps simultaneously. You could be drawing, chatting to friends and watching a video all at the same time.

Samsung’s own keyboard cover clips neatly into place and lets you type out documents as if you were using a desktop PC. There are various shortcut keys near the top of the frame to help you whizz between your most-used apps. When you’re not typing, you can use the cover to prop the display up at an angle.

Both tablets are available in bronze, black or silver. Here’s how the new models compare on price:

Find out how Samsung Galaxy tablets perform in our rigorous tests compared with rivals in our full range of tablet reviews.

On a mission to pair a unique design with impressive sound, Samsung has come up with the Galaxy Buds Live. These mini but mighty truly wireless headphones have been designed with ‘all-day comfort’ in mind – we’re keen to see how they fare against Apple’s AirPods.

You’ll get ‘up to six hours of non-stop listening’ from the Samsung Galaxy Buds Live, or ‘up to 21 hours’ with the charging case. Both the buds and the bundled charging case are made from recycled materials. 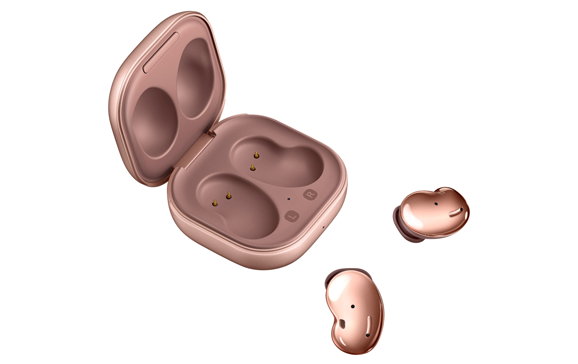 These headphones arrive with active noise cancellation, which means you should be able to make out important external sounds (an announcement made through a tannoy, for example) without having to pause your music.

The Samsung Galaxy Buds Live start at £179. Meanwhile, the cheapest Apple AirPods (with charging case) are £159.