The all-new Seat Mii electric car is a Which? Don’t Buy because of its disappointing safety in crash tests. Meanwhile, our expert tests have uncovered a whole bevvy of new Best Buy hybrid cars – find out which cars are worth buying.

Hybrid cars are the most popular type of purchase for those in the market for a new car, according to our Which? Car Survey* of more than 47,000 owners. Almost a third of potential new owners (31%) are considering some kind of hybrid for their next car purchase.

Our experts have tested a whole range of hybrids so you can find out which models really have the edge, giving you the lower emissions and fuel costs you’re hoping for.

Find the best hybrid for you through the links below.

Best cars for 2020 – whatever car you’re considering for your next purchase and no matter what your budget, our rigorous lab and road tests do the hard work for you. This means you can be confident you’re choosing one of the best models on the market, and won’t get caught out. 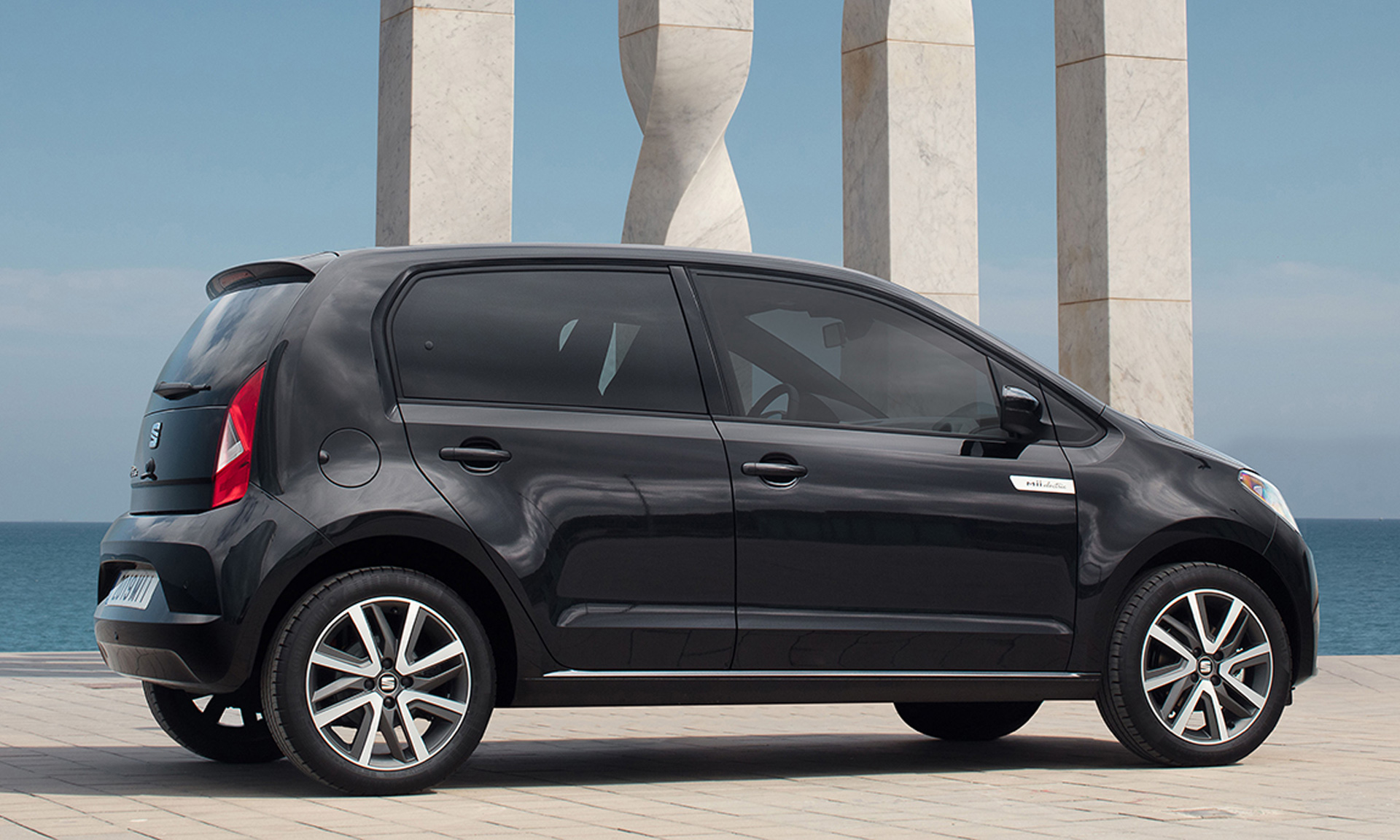 The Seat Mii electric city car has received only three stars out of five in safety body Euro NCAP’s crash tests, due to lacking vital modern safety kit and other concerns.

Euro NCAP says the car is ‘structurally identical’ to other Volkswagen Group models including the Volkswagen Up!, electric Volkswagen E-Up and Skoda Citigo. So the same crash assessment it made applies to all these cars. All of these models are also Which? Don’t Buy cars.

In two of Euro NCAP’s tests, where the car crashes from the front, only ‘marginal’ protection was offered for both the driver and the passenger. Protection from whiplash for passengers in the rear seats was also rated as ‘marginal’ in a collision from the rear.

The Mii electric was further marked down for a lack of a crucial autonomous emergency braking system (AEB), where the car breaks automatically when it detects a collision is imminent, greatly reducing the force of the collision. An AEB system isn’t even available as an optional extra.

Is this car any good to drive and how long does its battery lasts? Find out in our full Seat Mii electric review.

Set on a buying a hybrid car? Then you need to choose between a plug-in hybrid, a self-charging hybrid or a mild hybrid (mild hybrids have very small batteries and can’t be used on electric power alone).

Often your choice of car type will decide which hybrid you end up getting, as most brands don’t offer all the different hybrid options.

Plug-in hybrids can offer a longer electric-only range and impressive fuel economy with a topped-up battery. However, when the battery runs flat, their larger, heavier batteries can hit their fuel economy. Most buyers will also want to have a suitable space at their home to install a wallbox charger.

Most brands will offer a hybrid car option alongside a conventional petrol. The hybrid will tend to be a bit more expensive to buy, so you’ll want to know if the cost savings (and emissions savings) are worth the extra purchase price – our independent tests give you all the real-world figures you need in any of our hybrid car reviews.

Plug-in hybrids, in particular, tend to be considerably more expensive than a conventional petrol.

See which of the latest plug-in hybrids live up to their promise below. 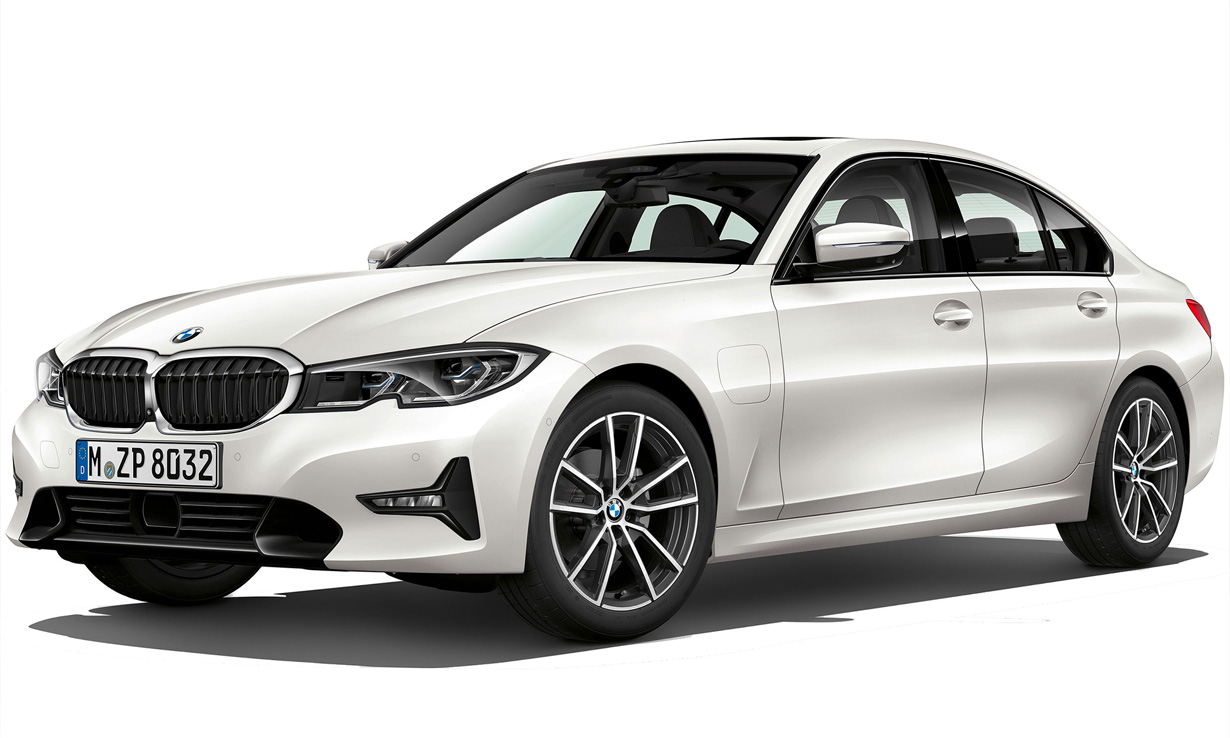 The BMW 3 Series is the brand’s most important and popular car – and the option of a plug-in hybrid option over a conventional engine could be the model’s future.

Being a BMW, the marque promises this is no pedestrian hybrid – it claims powerful performance appeal for keen drivers.

The hybrid system combines a 2.0-litre four-cylinder petrol engine with an electric motor for a total 252hp of power, which can be boosted by an extra 40hp (up to 292hp) for short periods. Transmission is an eight-speed automatic.

Its electric-only range claims to be up to 36 miles before the petrol engine kicks in. You can drive in full electric mode at speeds of up to 87mph. BMW also boasts very impressive fuel economy.

Find out what we discovered about this car’s fuel economy and electric-only range in our independent tests – see our BMW 3 Series Plug-in hybrid review. 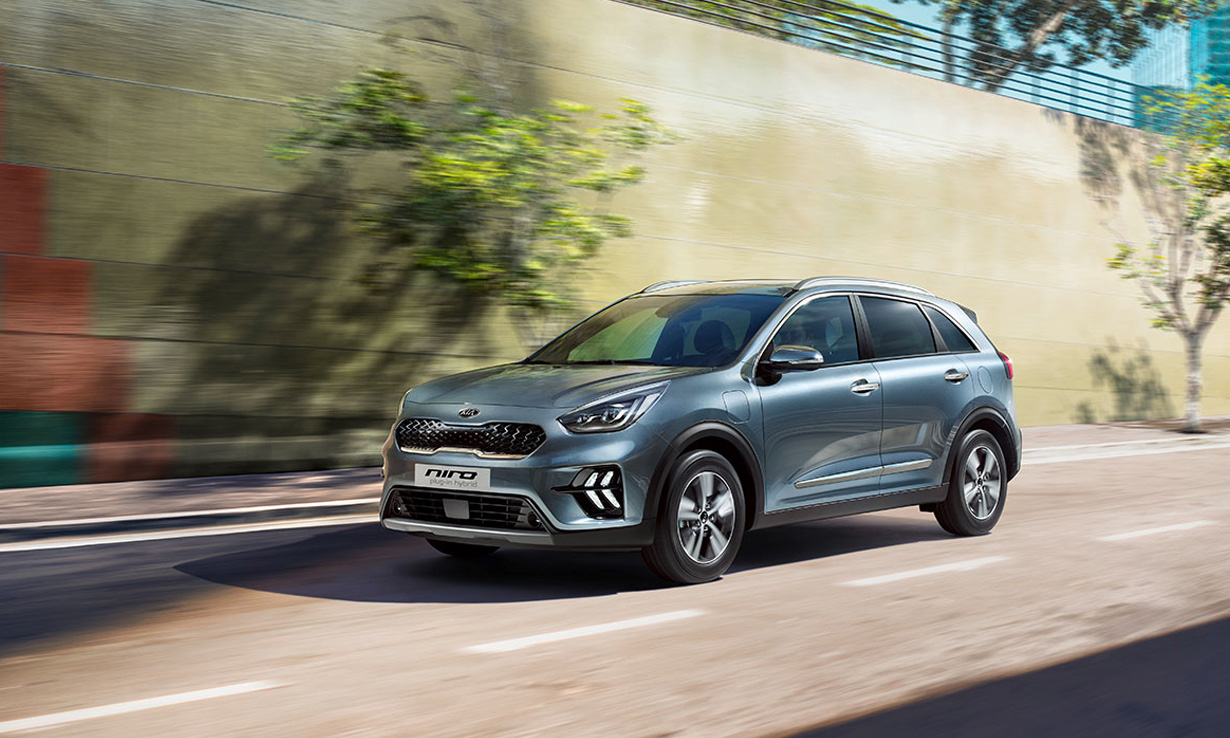 Kia (along with sister brand Hyundai) is one of the few brands to offer the same model as two types of hybrid. The Niro is available both as a plug-in hybrid, as we discuss here, as well as a cheaper self-charging Kia Niro hybrid version. There’s even a fully electric Kia Niro as well.

But that doesn’t necessarily mean you will see these figures yourself, based on what we see in our own more realistic tests, unless you can drive in electric-only mode as much as possible. This means it can be challenging to work out exactly what your fuel costs will actually be like when considering buying a plug-in hybrid. That’s where we come in.

Our independent lab and road tests offer a much more realistic balance of what a typical driver would achieve under normal driving, so you have the information you need before you buy. We also find out how much the fuel economy suffers when the battery goes flat – and sometimes it can be dramatic.

Kia says the Niro plug-in hybrid can run on electric power alone for up to 40 miles.

Find out whether this car lives up to its promise in our exclusive Kia Niro Plug-in hybrid review. 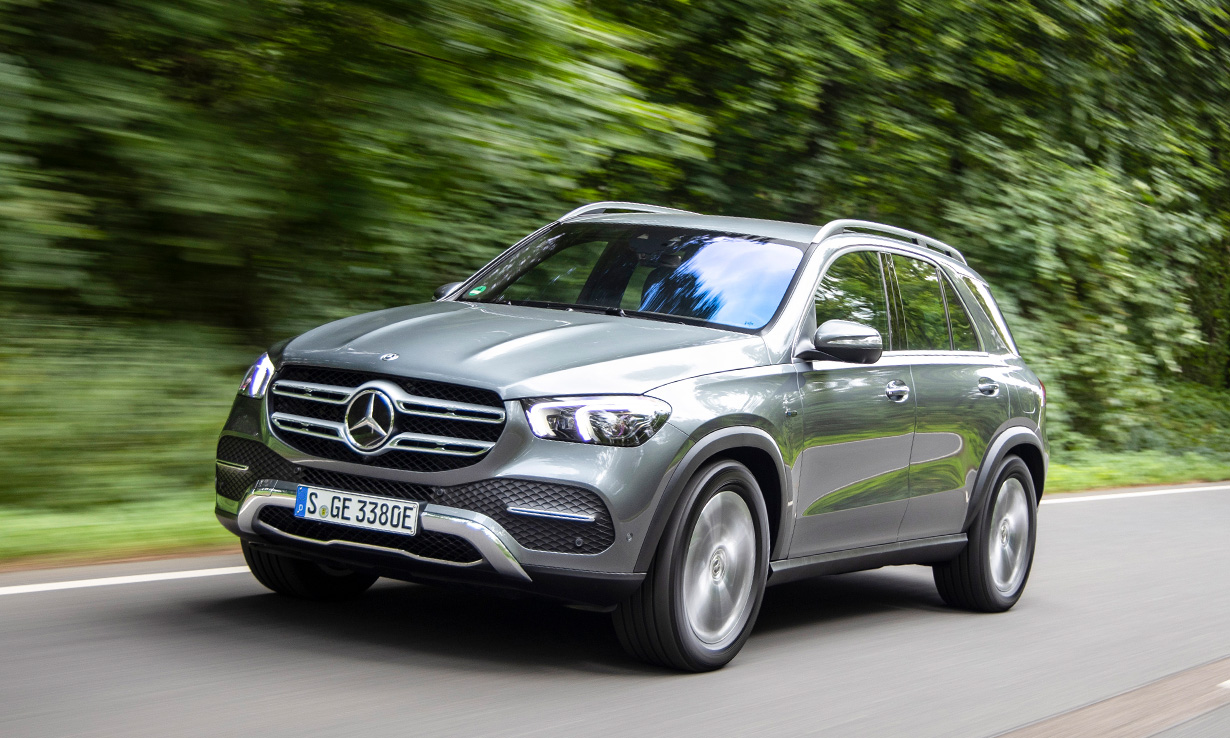 In a sign of the times, even large SUVs are now being offered as plug-in hybrids alongside conventional engine options as diesel falls out of favour. Launched this year, the luxury five-seater Mercedes-Benz GLE Plug-in hybrid is unusual as it combines a diesel engine (four cylinder) with an electric motor, for a combined power of 320hp.

Mercedes claims a remarkable electric-only range of 66 miles – not bad for a car that weighs a whopping 2.7 tonnes. Our independent tests see whether it actually achieves that in reality.

You’ll certainly be paying a premium for it too. Three trim levels are offered, but even the entry-level AMG Line comes with a host of desirable kit, including LED headlamps, park assist with rear-view camera, wireless charging and twin 12.3-inch widescreen displays.

Is this hybrid a cut above the rest? We put it to the test in our Mercedes-Benz GLE Plug-in hybrid review.

Self-charging hybrids never need to be plugged in, making them much closer to the driving you’re used to than a plug-in. They charge their batteries as you drive, such as on braking. Our independent tests show the best models can even give some plug-in hybrids a run for their money when it comes to fuel economy.

Have a look at our latest-tested models, below. 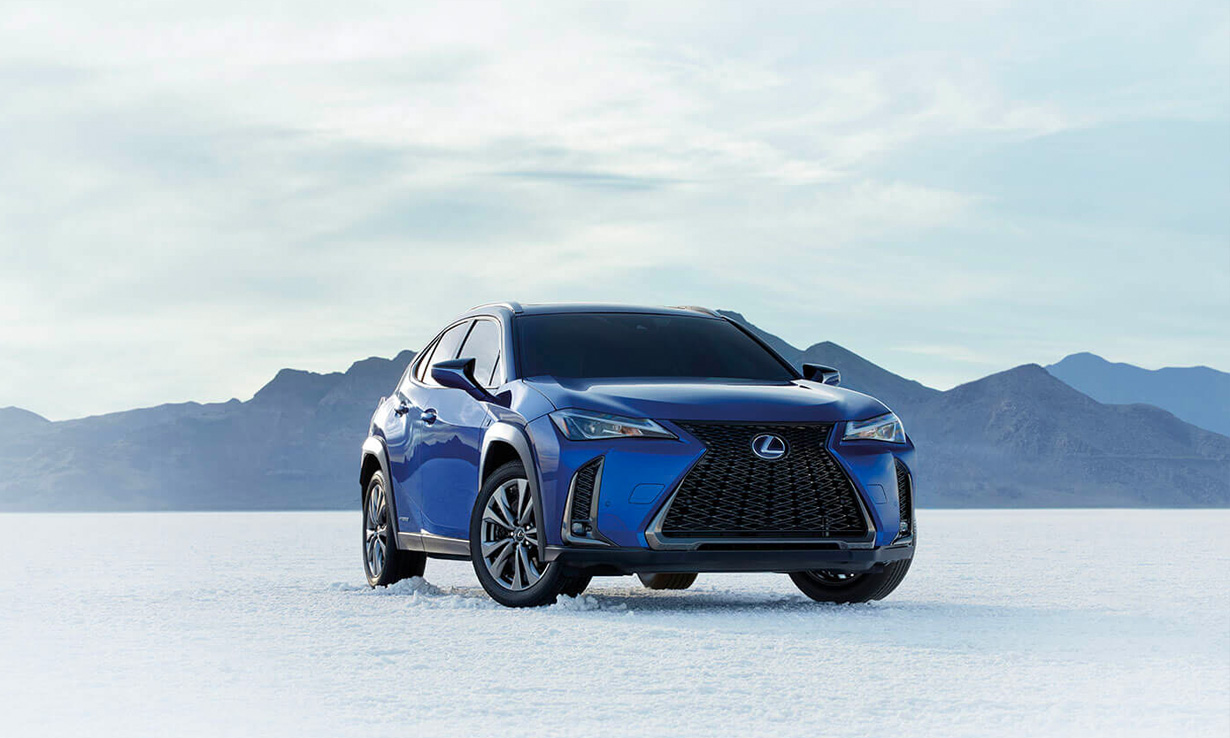 Compact crossover SUVs are hugely popular. The boldly styled Lexus UX – the smallest entry-level SUV in the luxury carmaker’s range – aims to take the fight to premium rivals like the Volvo XC40 and BMW X2.

The twist, of course, is this car is a self-charging hybrid. Lexus is Toyota’s premium car brand, and Toyota has a very long history with hybrids, a strategy spearheaded by the famous Toyota Prius.

The Lexus UX combines a 2.0-litre petrol engine with an electric motor for a combined 184hp. Three trim levels are offered, with the base UX trim coming with a 7-inch multimedia screen, DAB radio, dual-zone air conditioning, heated front seats and roof rails.

Does Lexus’ relationship with Toyota mean it has the benefit of experience over rivals, or are self-driving hybrids simply old technology now? See our Lexus UX review. 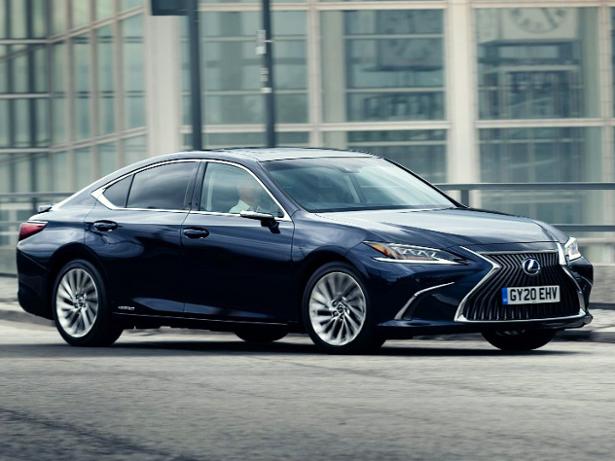 Opulence is the name of the game for Lexus’ luxury ES saloon, a model that goes right back to the brand’s founding in 1989. However, this seventh-generation model is the first one to be offered to UK buyers.

This is no traditionally engined car, however; it too is a self-charging hybrid, pairing a 2.5-litre petrol engine with two electric motors for a total power output of 218hp.

Buyers are promised exceptional comfort and attention to detail in the finish throughout, plus a performance drive too. Despite not needing to be plugged in, the ES can also be driven in certain circumstances in electric-only mode – principally at low speeds and with gentle acceleration.

So is this large saloon the ideal hybrid car, or is it a case of style over substance? Our lab and road tests reveal all in our Lexus ES review. 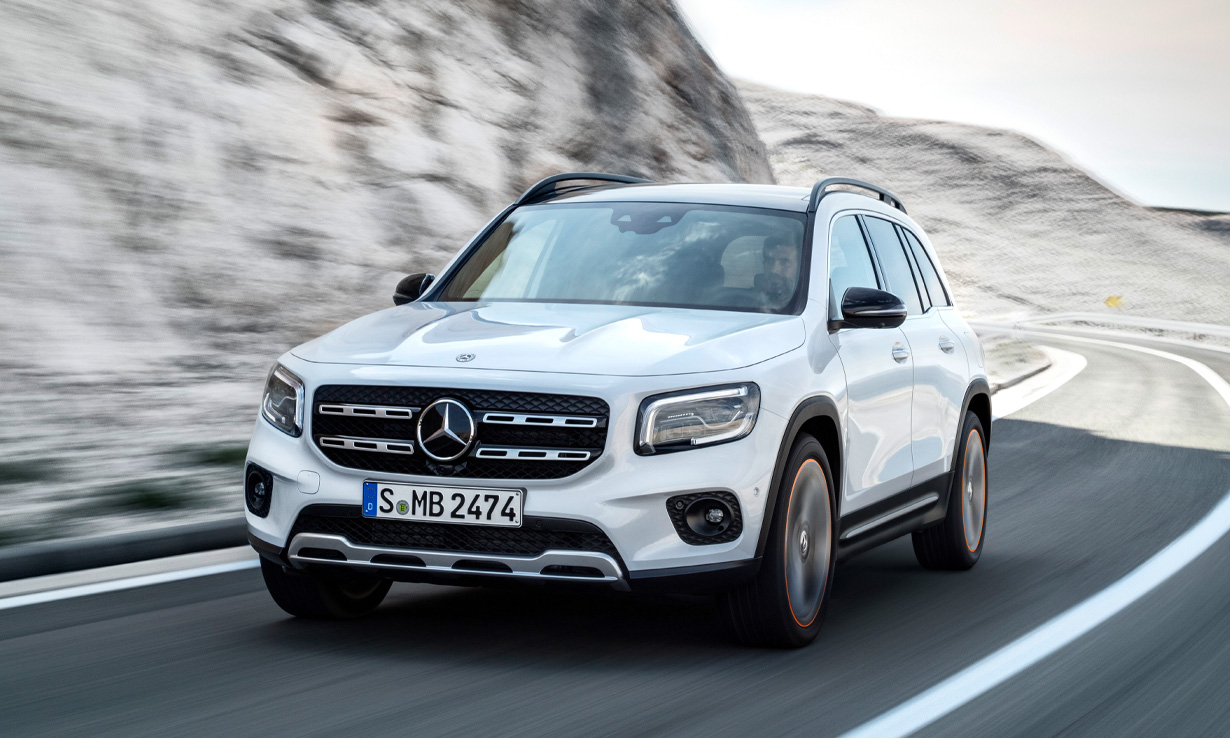 New hybrid and electric cars seem to be released left, right and centre these days, but if a tried-and-trusted good-old combustion engine is what you want to stick with in 2020, there are still plenty of new cars on offer.

The boxy Mercedes-Benz GLB is a stretched version of its sister car, the Mercedes GLA compact SUV,  giving it extra space to fit seven people. This makes it a rival to the Land Rover Discovery Sport and BMW X3.

All GLBs come with an eight-speed automatic gearbox, except the smallest petrol engine which has seven speeds.

Does this look like your future car? See if a more traditional approach pays off in our Mercedes-Benz GLB review.