Despite coronavirus causing savings rates to continue to fall, it seems Brits want to save their cash more than ever, depositing an extra £11.6bn in June, according to figures from the Bank of England.

If you don’t have a lot of money to spare, however, you can find yourself locked out of many accounts; of the 970 fixed-rate and variable cash Isas and savings accounts on the market, 394 require deposits of at least £1,000 – with some demanding much more.

We’ve previously written about the importance of having an emergency savings fund – any amount of savings is better than none – but it can be hard to know what your options are.

If you’re on a low income, don’t forget about the government’s Help to Save scheme. It saw a record £32.1m deposited between February and July 2020, with 60,000 accounts being opened during this time – an increase of more than a third since the previous figures were released.

Here, Which? reveals where to find the best accounts that accept initial minimum deposits of less than £1,000 and explains what the Help to Save scheme is and who is eligible to use it.

What are the best accounts if you have less than £1,000 to save?

The table below shows the top rates for instant-access and fixed-rate savings accounts that have a minimum initial deposit of less than £1,000, by order of term.

The table is ordered by account type and links will take you through to Which? Money Compare, where available.

Source: Moneyfacts. Rates correct as of 4 September 2020, but are subject to change.

As the table shows, there are a lot of competitive options for those who only want to deposit £1 in a savings account – and in many cases, you won’t lose out on rates.

NS&I’s instant-access accounts are market-leading, as are the four- and five-year fixed-term cash Isas from Coventry Building Society.

However, considering the low rates in general, and the small amount you’re likely to earn from saving less than £1,000, the good news is that the difference will only mean losing a few pence over the course of a year.

The most important thing is to get into the habit of saving – then, when you’ve reached £1,000 or more, you can switch to one of the competitive rates you’d been locked out of.

There is life in the savings market yet, which has recently seen some small rate increases as providers vie for the top spot, along with some innovative product releases.

Zopa, a company mainly known for peer-to-peer lending and personal loans, has launched a series of fixed-term savings accounts, ranging from one to five years. None are market-leading, but they are competitive; its one-year fix offers 1.05% AER, while its five-year account pays 1.3% AER. The downside is that they do all require a minimum deposit of £1,000.

Elsewhere, app-based savings products Plum and Chip have both launched their own savings accounts in the past couple of months.

Plum’s Interest Pockets easy-access account pays 0.6% AER, and you can open it with just £1 – but it’s only available with a Plum Plus or Plum Pro account, which cost £1 and £2.99 a month respectively.

Chip is still in the process of rolling out its interest-paying account, which will offer 0.9% AER on smaller deposits, up to a maximum of £5,000. 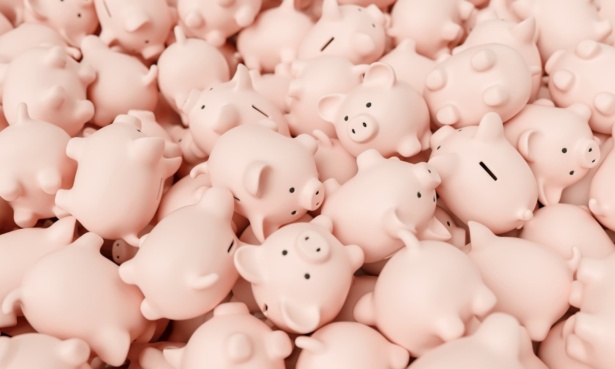 What is the Help to Save scheme?

The government’s Help to Save scheme aims to help those on low incomes put a little money away, and pays out bonuses when you do.

To open an account, you must be receiving either working tax credit or Universal Credit, and you can pay in between £1 and £50 each calendar month (although you don’t have to pay in every month) over a maximum four-year period.

You can make withdrawals and close the account at any time. However, if you close it before either the two-year or four-year bonus is paid, you’ll miss out on it.

Four years after opening the account, it will be closed automatically – it’s a once-in-a-lifetime account, so you won’t be able to reopen it or open another one.