People who owe tax after using disguised remuneration schemes have until the end of this month to settle what they owe and how to repay it with HMRC, or face a one-off loan charge bill.

Those in the more favourable ‘November 2017 terms’ process must provide the tax office with information on the loan amounts, add the loan income to a 2018-19 tax return and either pay the loan charge or agree on a repayment plan by 30 September.

Here, Which? explains what the loan charge is, who it affects and what steps you need to take by the end of the month to avoid paying even more penalties.

What is the loan charge?

The loan charge was launched by HMRC in 2019, to recoup tax losses as a result of people using ‘disguised remuneration’ schemes to reduce the tax they owe. This was originally dating back to April 1999, but has since been changed to take in outstanding loans made on or after 9 December 2010.

These have been described as tax avoidance schemes, even though they were often recommended by accountants or financial advisers.

The schemes meant that people could have their income paid in the form of a loan, which usually involved a company using the services of a self-employed worker and paying the money into another umbrella company. This firm would then ‘loan’ the cash to the worker.

While the worker would pay interest on the loan, it meant they didn’t have to pay National Insurance contributions (NICs) or income tax – which works out as a much cheaper deal.

HMRC argues that these loans were never intended to be repaid – and therefore were never really loans at all. Therefore, the loan income should not be different from any other form of income and should be taxable. 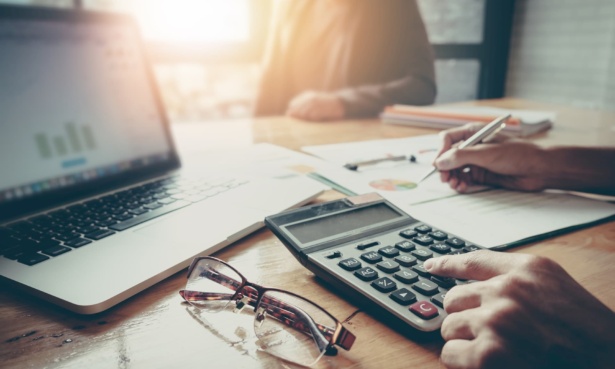 What do you have to do by 30 September?

If you’re in the ‘November 2017 terms’ group, HMRC should already have been in touch with you, and it’s important that you respond to any letters you’ve received – particularly notices to file a tax return.

The November 2017 terms apply to those who told HMRC about their loans before 5 April 2019.

You’ll need to submit and agree the following by 30 September:

While the usual deadline to submit a 2018-19 tax return was 31 January of this year, the government made special allowances for those affected by the loan charge.

Fees for late filing and late payment will be waived, as long as you submit your tax return by 30 September, with accurate figures of the tax due. Government guidance notes that when your tax return is processed it may automatically generate an interest charge, but you don’t have to pay this.

If you haven’t agreed a payment plan by 30 September, you won’t have the option to spread it across three years.

If you’ve already filed your 2018-19 tax return, you can amend it to reflect the loan information.

Anyone who didn’t tell HMRC about their loans by 5 April 2019 will still need to report and pay the loan charge, but you may also have to settle additional taxes due from any open tax enquiries.

What if you don’t act or miss the deadline?

If you miss the deadline or simply don’t do anything, it means HMRC won’t be able to settle the charge under the November 2017 terms – which means you won’t be offered options such as spreading the loan charge payments over three years.

You’ll also be charged the interest that was waived between 1 February 2020 and 30 September 2020 for filing a late tax return, and there may also be late-payment penalties.

As filing a 2018-19 tax return will generate two payments on account, you may also be charged for missing these payment deadlines, which would have been due on 31 January 2020 and 31 July 2020.

What if you can’t pay your tax bill?

While the government introduced some changes at the beginning of the year that may reduce the vast sums some people are being asked to pay, there are still likely to be some hefty bills.

If you can’t afford to pay, there are a few options – most of which involve contacting HMRC to discuss your position and the help that’s available.

HMRC can set up a Time to Pay arrangement to break down or reduce your payments, rather than paying it all in one go.

Depending on your assets and income, HMRC may agree to arrangements over at least five or seven years; you’ll need to prove your income and expenditure, and shouldn’t be asked to pay more than 50% of your income (unless it is deemed to be particularly high).

Due to the complexity of the loan charge, it may be worth seeking the help of a specialist tax adviser, who can help you get your tax return in order.

Revealed: the most popular current accounts in 2020

Electric car insurance premiums fall – could you save money with a greener vehicle?