Acer has announced a range of new laptops set to go on sale in the coming months, including updated old favourites and an entirely new device made in collaboration with Porsche Design. Here’s what you need to know about Acer’s latest laptops.

Acer is known for its everyday laptops, but the firm also offers some higher-end devices for those who want a bit more oomph from their laptops. Its 2020 product showcase contains a little bit of both.

Laptop reviews: whether you’re looking for cheap and cheerful or premium power, our expert reviews can help you find the best laptop for your budget.

Porsche Design has designed plenty of tech products before, including phones, Huawei smartwatches, AOC monitors and an own-brand laptop. This is the first time it has collaborated with a big brand for a laptop, however.

As our Porsche car reviews illustrate, Porsche is known for making premium, luxury cars – but a 911 this isn’t. Porsche Design is an offshoot of the car brand, so don’t expect to find rev counters or a steering wheel instead of a mouse. The agency touts itself as more of a ‘functional design’ brand, which is exactly what we have here with the Book RS.

However, like Porsche’s cars, its co-branded Acer laptop comes at a premium. With a starting price of €1,799 (likely roughly the same in Sterling) when it goes on sale in late November, it’s right at the top end of the market. Of all the laptops we’ve reviewed, only the powerful Apple 15-inch MacBook Pro costs more (from £2,399).

For your money you get:

If money is no object, you can also buy it with its own specially designed bag and designer mouse, or upgrade to an even more powerful Nvidia graphics chips (for improved gaming).

The laptop is already available for pre-order as a £2,150 ‘early bird’ package including a sleeve, carry case and mouse, and will ship on November 24th.

Not yet convinced that there’s no substitute for this Porsche-inspired laptop? Take a look at our pick of the best laptops we’ve tested for some excellent alternatives.

The 3X’s predecessor, the Acer Swift 3 (just shy of £700), is consistently one of the more popular laptops on which.co.uk, so a new and upgraded version could prove even more popular as long as the fundamental recipe – a mid-priced, thin and light laptop – remains the same. 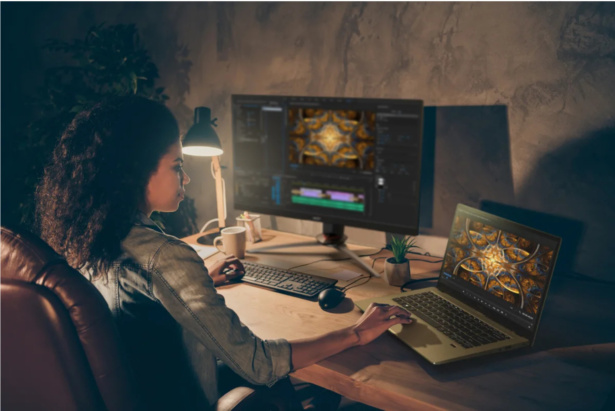 Initial signs are positive. The new Swift 3X is fundamentally the same as the Swift 3, but contains Intel’s very latest 11th-generation Core i processors. These offer faster performance along with upgraded graphics capabilities, courtesy of the new Iris Xe graphics.

This, Acer says, will make the laptop better than its predecessors for editing videos and gaming. This could make the Swift 3X a real portable powerhouse. The updated Swift 3X will be available in November, starting at around £900.

Is the Acer 3’s popularity justified by impressive performance in our tests? Find out in our full Acer Swift 3 review.

Acer Aspire 5, Spin 3 and Spin 5 – mid-range laptops get an upgrade 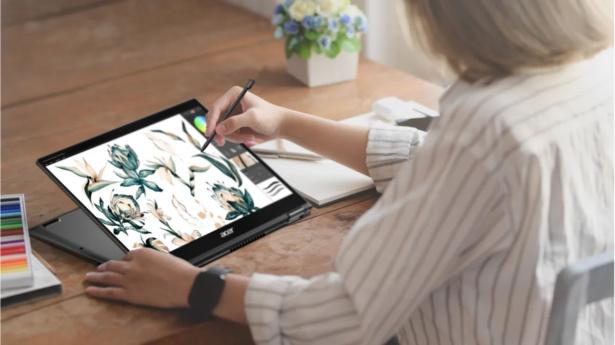 The current-generation Acer Aspire 5 is another popular choice, thanks to its low starting price of less than £400. Acer has given it the upgrade treatment too, with Intel’s latest processors and graphics (as described above) along with bolstered specifications that means you could buy one of these with up to 2TB of storage if you need it. 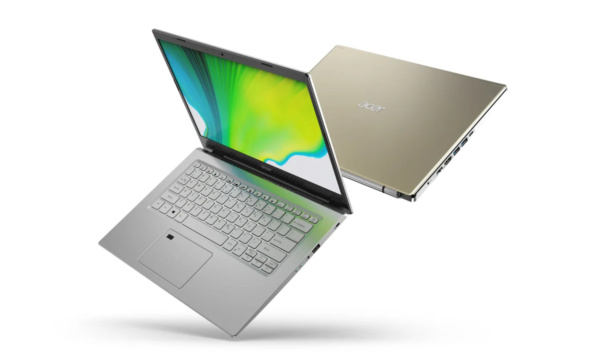 The Spin 3 and higher-end Spin 5 have been given a similar spec-boost. These are both 2-in-1 laptops, with screens that can be flipped around and used more like a tablet. Both models will come with a built-in stylus, and high-resolution touch screens that should make them ideal note-taking laptops.

The upgraded Aspire 5, Spin 3 and Spin 5 will be available in November and December, starting from around £600 for the Aspire 5 and £900 for the Spin 3.

If you’re looking to spend less than £500 on a new laptop, check out our full review of the current-generation Acer Aspire 5, or take a look at our pick of the best cheap laptops.