‘Until we know for sure just how seismic (or not) that jump in quality is, we’d hold off and choose a Best Buy 4K TV instead.’ That’s the conclusion we reached on 8K earlier this year, admittedly before we’d tested any 8K TVs, based on a healthy dose of sceptism about whether the new technology would live up to the promise.

10 months and 150 TV reviews later, including reviews for two 8K TVs, questions remain over whether the benefits of 8K models justify their higher prices compared to some of the best 4K TVs.

The two 8K models we’ve tested, the LG 65NANO956NA and the Samsung QE65Q800T, are some of the cheapest 8K TVs available, but  still both £500 more expensive than each brand’s most high-end 4K equivalent.

Price aside, do LG and Samsung’s 8K sets deliver the high quality we expect of the very best TVs? Find out if they make it into our pick of the top TVs for 2020.

Popular wisdom would suggest a higher resolution would equal a sharper display and a better TV, but in reality it’s a bit more complicated than that. Before we get into the nitty gritty, let’s take a closer look at the 8K models we’ve tested.

In the table below we’ve picked out the important features of the 8K TVs and compared them to each brand’s most high-end 4K TV.

What’s apparent is that, on paper at least, you aren’t getting any notable extra features with 8K TVs over 4K ones. You do, however, get the ability to display 8K content.

But just how useful is this when, at the moment, there’s hardly any 8K content to display?

There’s a handful of 8K videos on YouTube (relative to the enormous total number available on the platform) or you can record some yourself if you have the right smartphone.

But you won’t find any 8K content on popular TV channels or TV streaming services. As yet, neither Netflix nor Amazon Video have even hinted at 8K streaming. Meanwhile the traditional TV broadcasting infrastructure simply can’t handle this resolution. 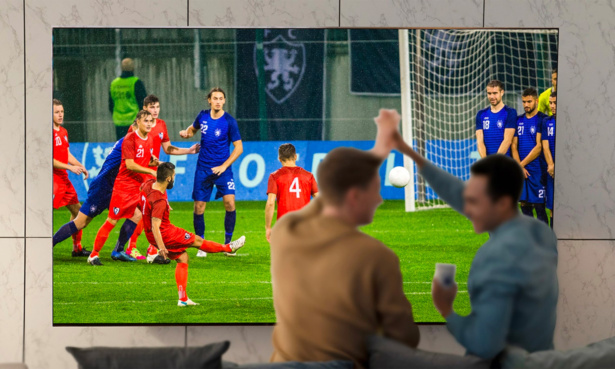 The lack of actual 8K content is why upscaling is so important. 8K TVs are sold on the promise of making the content you watch every day look better, and close to true 8K video.

And, admittedly, 4K footage looks superb on both TVs we’ve reviewed, although the Samsung has the edge. It’s crisp, colourful, and has a wonderful almost 3D effect, as the exceptional detail helps objects stand out on screen.

This may sound promising…but we could say the same of many 4K sets we’ve tested (and that cost a lot less).

But we wanted to see how these TVs handled what little 8K content is available, so we did some checks in addition to our comparative testing.

We connected both 8K TVs to a superfast broadband connection, so there was no chance of low bandwidth compromising quality, and streamed some 8K YouTube content.

First we watched a scene in 8K and, as we expected, the level of detail was spectacular.

We then watched the same scene in 4K, and our experts couldn’t tell the difference.

But before you start thinking that this simply demonstrates how good the 8K TVs are at upscaling 4K content, hold your horses. We also tried the same scenes on several Best Buy 4K TVs. Again, our experts couldn’t see any discernible difference in clarity or detail.

We recorded three scenes on three smartphones (Samsung S20 Ultra, Samsung Note 20 Ultra and LG V60). One video was shot indoors with artificial light, one outdoors in low light, and one in bright sunlight.

Results were mixed, but it’s hard to say whether the limitations are due to the TV or the phone. One problem is down to the framerate; the 8K smartphone cameras only record at 24 frames per second, so while detail is evident when the picture is still, anything other than slow panning results in shaking and judder.

Some of the lower light video ending up looking like SD rather than 8K (two resolutions separated by 32 million pixels). Even in brighter conditions we thought the colour and contrast looked weak.

Regardless of whether it’s the phone or the TV that’s at fault, the ability to record and view smartphone 8K videos is not reason enough to buy either of these TVs. 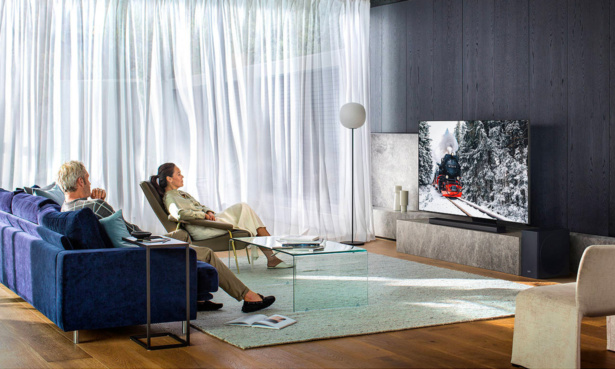 Have LG and Samsung changed our minds on 8K?

We recommend the best TVs based on the results our expert, independent tests. It doesn’t matter who makes them, what size the screen is, what resolution they use or how much they cost.

There’s no point in buying an 8K TV to watch 8K content yet, as there simply isn’t much to watch, but that wouldn’t stop us recommending an 8K TV if it displayed razor-sharp SD, HD and 4K content, had sensational sound, and was effortless to use.

And, while what little 8K content we could find didn’t exactly shine on either of these TVs, 4K content does look fantastic.

Is that worth £500 more than a high-end 4K set? For the price, 8K sets need to deliver the cake, the icing, and the cherry on top. Read our reviews of both these TVs to find out how they measure up against high-end OLED and QLED models.

We’ve already seen 8K TVs plummet in price, particularly some of Samsung’s that launched in April 2020.

The speed of the 8K rollout and the relatively large number of sets available at varied prices has been surprising. They are already a big part of Samsung and LG’s range and we expect some to be on sale on Black Friday.

Cheaper ranges, such as the ones we’ve featured here, are prime candidates for a price drop, but so too are high-end 4K sets, so you’re still probably going to pay more for 8K.

Best Black Friday deals: we’ll be closely monitoring the best deals on TVs and other tech this Black Friday, so check back regularly for the latest and greatest offers.