The beginning of October marks the halfway point of the 2020-21 tax year – and also means you have six months left to use your £20,000 Isa allowance.

Despite rates falling rapidly following the Bank of England’s decision to cut the base rate to 0.1% in March, there are some small signs of life in the market – but you might have to act fast to get a top rate.

Saving in an Isa also has the advantage of potentially reducing your tax bill, as the interest you earn won’t count towards your personal savings allowance.

Here, Which? reveals the top-rate cash Isas on the market, and how you can get them without falling foul of the Isa rules.

Where to find the best-rate cash Isas

The table below shows the top-rate instant-access and fixed-rate cash Isas, by order of term.

The links will take you through to Which? Money Compare, where available.

*Expected profit rates. Source: Moneyfacts. Correct as of 9 October 2020, but rates are subject to change.

There are a few things to note with these top-rate accounts. Firstly, the instant-access account from Coventry Building Society will begin to charge you interest if you make any more than three withdrawals per year – so, if you know you’re likely to need to dip into your savings on a regular basis, this may not be the right account for you.

All of the fixed-term accounts require an initial deposit of at least £1,000 – with United Bank UK requiring £2,000, so they’re only viable if you have that amount of money to save. What’s more, you’ll need to make sure you’re able to lock that money away for the full term.

The accounts from Gatehouse Bank are Sharia-compliant products, meaning they pay an expected profit rate (EPR), rather than an annual equivalent rate (AER). This means the advertised rate is not guaranteed – though we’ve never heard of an instance where the advertised rate has not been paid in the UK.

Despite the economy being in a general state of gloom, there have actually been some signs of hope in the savings market as providers get a little more competitive.

The graph below shows how average rates for instant-access, one-year fixed-rate and long-term fixed-rate cash Isas have faired over the last year, using data from Moneyfacts. ‘Long-term’ accounts are those with terms of 18 months or more.

Rates over September and October have levelled out for the first time since April/May 2019, and are even on the up.

While instant-access rates are only up slightly – 0.35% compared to 0.32% the month before, fixed-rate accounts are more promising, with long-term fixes at 0.85% in October, increasing by 0.1% since August. Sadly, this trend might not be here to stay.

Last month, savings behemoth NS&I announced its plans to dramatically slash all of the interest rates on its savings products from 24 November, as well as cut the number of premium bonds prizes it will give out from the December draw onwards.

For several months earlier this year, when all other savings providers were reducing interest or withdrawing accounts altogether, NS&I was consistently market-leading – and therefore attracted a huge number of savers.

But now that it’s suddenly looking less attractive, it’s expected that thousands – if not millions – of savers will be looking to put their cash elsewhere.

With all that cash flooding the market, savings providers won’t have to work so hard to get savers’ money, and therefore competitive savings rates could fall again.

In addition to average rates increasing, providers have also been fighting it out for the top spot in recent weeks – particularly when it comes to instant-access accounts.

However, as there’s been such a dearth of new deals this year, savers are jumping on them fast, leading to many accounts being withdrawn just days after launching.

For instance, Skipton Building Society’s online bonus saver has been launched and withdrawn four times over the past month – and each time offering a slightly lower AER. The first iteration of the account was launched on 14 September, only to be withdrawn just three days later.

It’s been a similar story with Coventry Building Society’s double-access account, which has reached its fourth issue in a month, and the latest version pays 0.24% less than when it was first launched.

So, if you see an account you like the look of you’ll have to get in there quick – just make sure you read the accounts’ terms before you do.

One of the most important Isa rules is that you’re only allowed to pay into one of each type of account in any tax year.

So, you can open a new cash Isa, stocks and shares Isa, Ifisa and lifetime Isa in the same tax year, and pay into all of them – that’s fine, as they’re all different types of Isas. However, you can’t pay into any more.

Of course, if the cash Isa you paid into back in April has gone from paying a great level of interest to 0.01% (which, sadly, many have), you don’t have to be stuck with it until April 2021.

Instead, you must perform an official Isa transfer.

To transfer a cash Isa to another cash Isa is pretty simple. You just need to find a new account that allows Isa transfers, sign up and then fill out an Isa transfer form. Your new provider will then get your funds moved from your old Isa provider.

This not only means you’ll be able to pay into your new Isa without breaking the rules, but you also won’t run the risk of having tax to pay on your savings – this could be the case if you withdrew your Isa savings yourself. 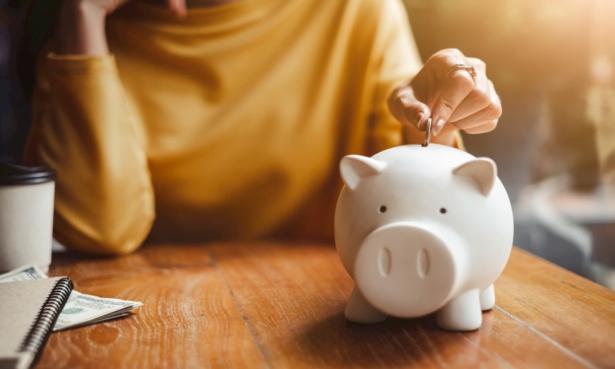 Other Isa rules and allowances

Isas come with a few other quirks you should be aware of – for one thing, all adults have the same £20,000 Isa allowance, which lasts for each tax year.

This is the total amount you’re allowed to deposit across all Isas; you could choose to pay it all into a cash Isa or split it among several different types.

There are different limits for lifetime Isas, Junior Isas and Help to Buy Isas (now closed to new customers).