Plenty of excited gamers were left disappointed when reservations for both the Series X and Series S sold out in a matter of hours back in September, so are eagerly anticipating the 10 November 2020 launch date, when there’s likely to be stock available.

We managed to get our hands on one of each for a preview tryout yesterday, to help you make up your mind about which one of these two new Xbox consoles is best for you – especially given the vast difference in price between the Series X and Series S.

See our TV and home entertainment reviews to make sure you’ve got the right screen and sound to match your new console. 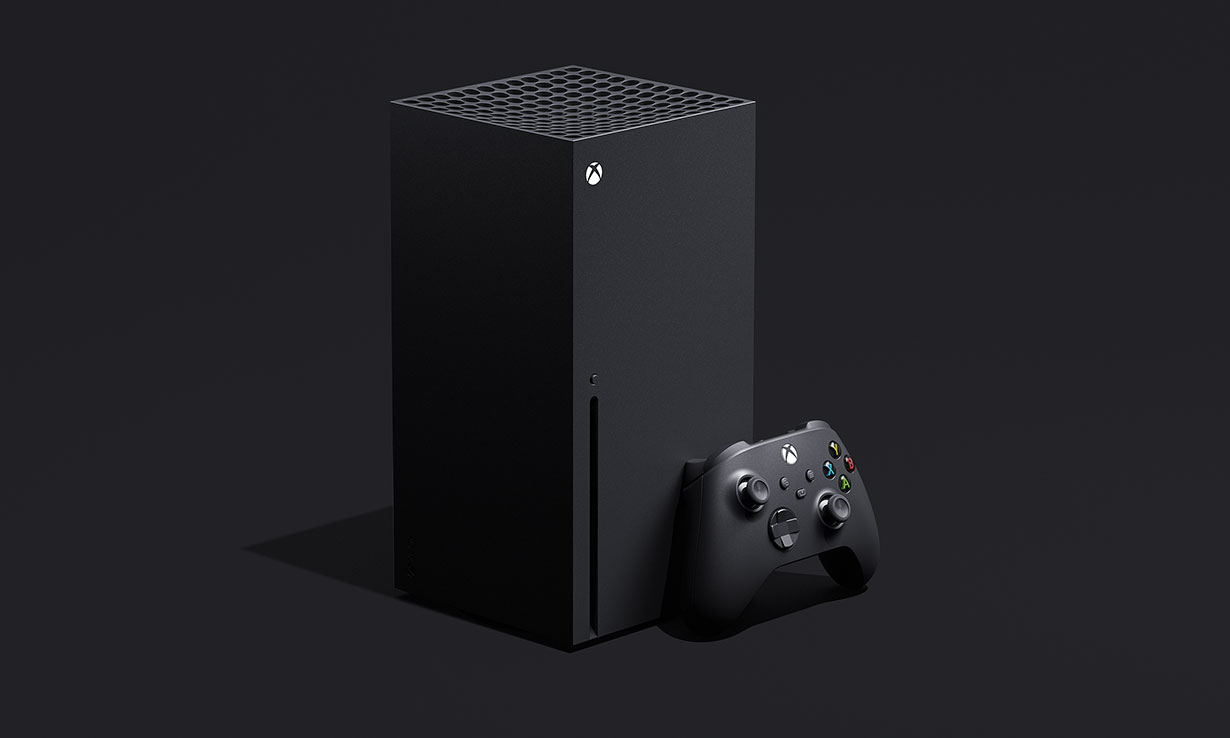 Microsoft’s headline console, the Series X, is billed as ‘the fastest, most powerful Xbox ever.’ It’s a heavy-duty black machine with a smooth, tower-like design and a disc drive slotted in the side for loading up games and Blu-ray discs.

It’s packed with the most advanced hardware seen in an Xbox: 4K game graphics, up to 120 fps frame rate, up to 8K HDR video and 1TB of internal storage.

It also has 12 teraflops of processing power, which basically means that it runs and loads really quickly. So quickly, in fact, that Microsoft claims to have ‘virtually eliminated’ loading screens. 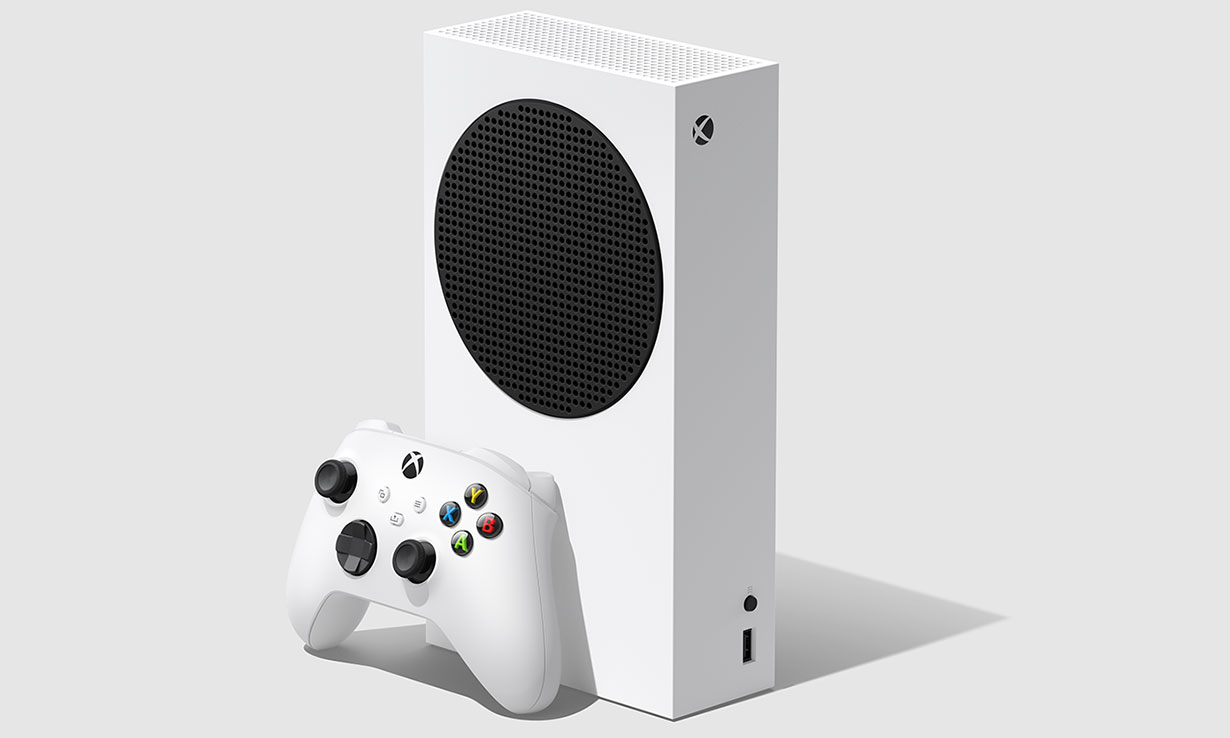 The cheaper, digital-only option among Microsoft’s new consoles, the Series S is ‘the smallest Xbox ever’. It’s physically dwarfed by the Series X, so if you’re concerned about space, the Series S will definitely appeal.

Along with the smaller size and price comes some smaller specs – the Series S plays games at 1,440p (although it will output in 4K if the game developer has rendered in 4K), and has 512GB of internal storage.

What’s new to both consoles? 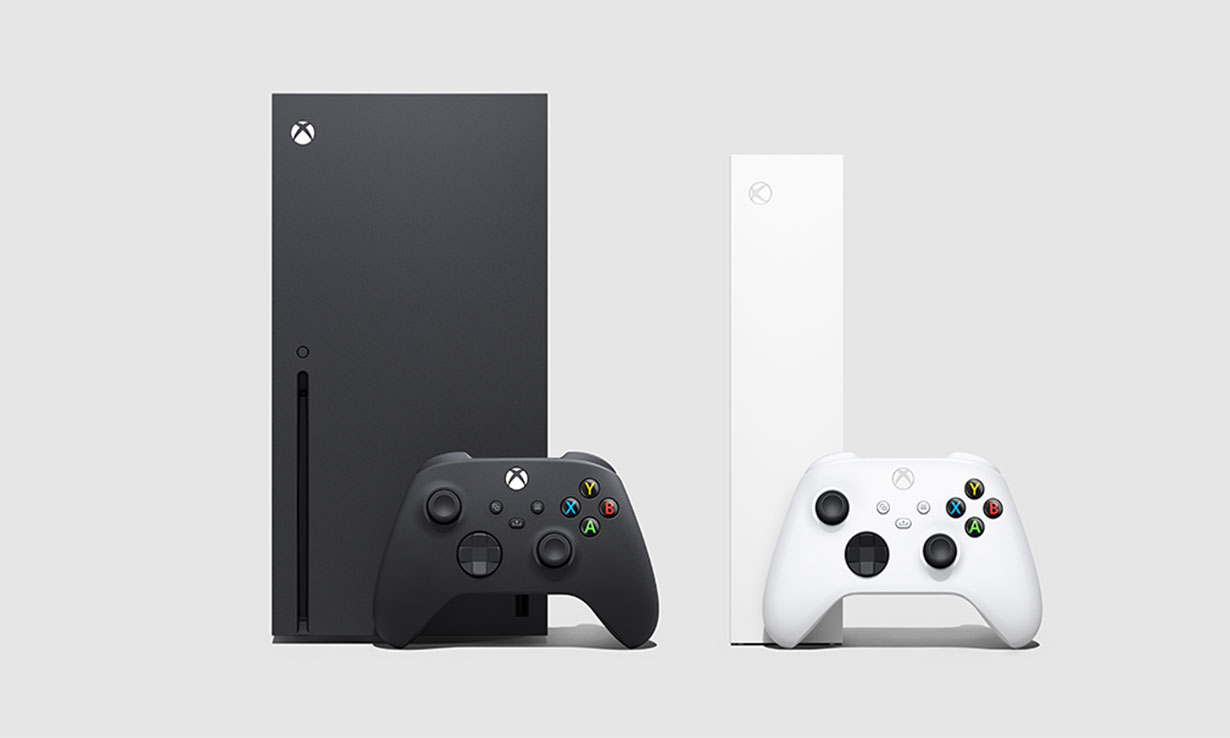 What did our tester think?

One of our researchers, who is also an avid gamer, spent an evening with both the Xbox Series X and Xbox Series S to get some first impressions of what they were like to play, and how noticeable the differences in performance were between them.

Our researcher tried out Gears 5 and Forza Horizon 4 (games optimised for the new consoles and available at launch) on both the Series X and the Series S. 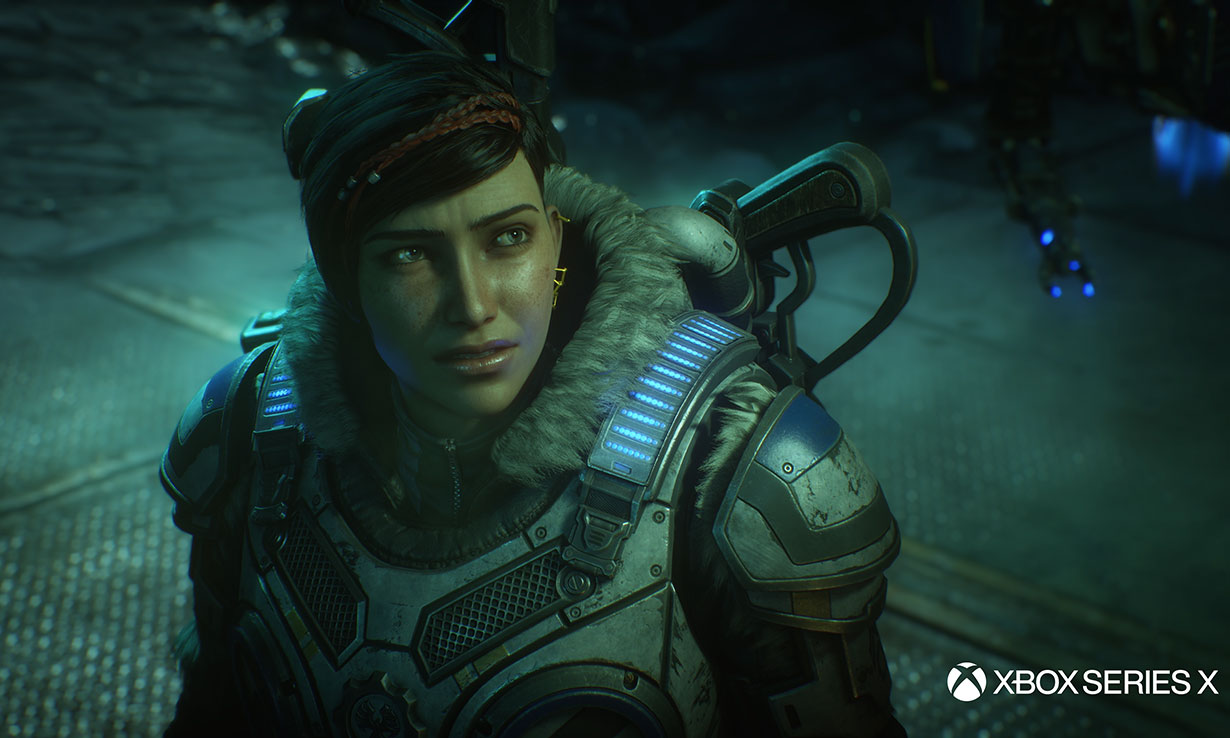 ‘On unboxing, the console’s unique design has an instant wow factor. Practically, however, its shape and dimensions could prove problematic for gamers who don’t want their console atop their TV stand. Even on its side, the Series X commands quite a large space.

‘The home screen interface is the same as on the Xbox One, which might disappoint those who like everything to be shiny and new, but it’s easy to navigate and it saves Xbox gamers from having to learn a new setup.

‘On to the gameplay – firstly, the processing power is astounding. When playing Gears 5 and Forza Horizon 4, it took about seven or eight seconds to load from menu to play, so even the most impatient gamers won’t find much room for complaint.

‘It runs whisper-quiet too, so gamers who are grimly familiar with some of the older consoles whirring like hairdryers will welcome the silence.

‘The Quick Resume feature is one of my favourites on this console. I like to play several games simultaneously, and going through lengthy titles and loading screens every time I swap is a chore. It’s refreshing to jump easily from one game to another and pick up from where you paused.

‘The depth of colours and the sharpness of the graphics is striking, and the step up in visual quality is obvious. I often found myself distracted by wanting to just look around.

‘Shadows and beams of light are particularly realistic. The Series X is sure to scratch the itch for graphics-obsessed gamers.

‘I played using a pair of Best Buy headphones, and I found the sound rich and immersive. Footsteps, water drips and distant gunfire are easy to pinpoint during play.

‘How much players appreciate the sound will largely depend on the sound setup you have, but the strong sound capabilities are there to enjoy.

‘The new controller is comfortable and it gives super feedback during play. Vibrations from gunfire and explosions ripple through the controller to add an extra layer of depth and immersion.

‘One small snag was that I found the back of the controller fiddly to remove when inserting the batteries. There isn’t an obvious place to push or pull, and it needed a fair bit of force to detach.’

Would I buy it?

‘Eyebrows were raised at the £429 launch price of the Xbox One, and the Series X is even more expensive. While this may rule out some buyers, I’m a sucker for good graphics, and I don’t think similar gamers who do fork out the £449.99 would be disappointed.

‘The processing power and graphics of the Series X are stunning, and, as Gears 5 and Forza Horizon 4 have only been optimised for the Series X rather that developed for it, the true visual capabilities of this console could be yet to be experienced.

‘If you’re a gamer who feels like something’s missing when your games aren’t playing at their fullest visual potential, it’s probably worth forking out the extra money for the Series X.’ 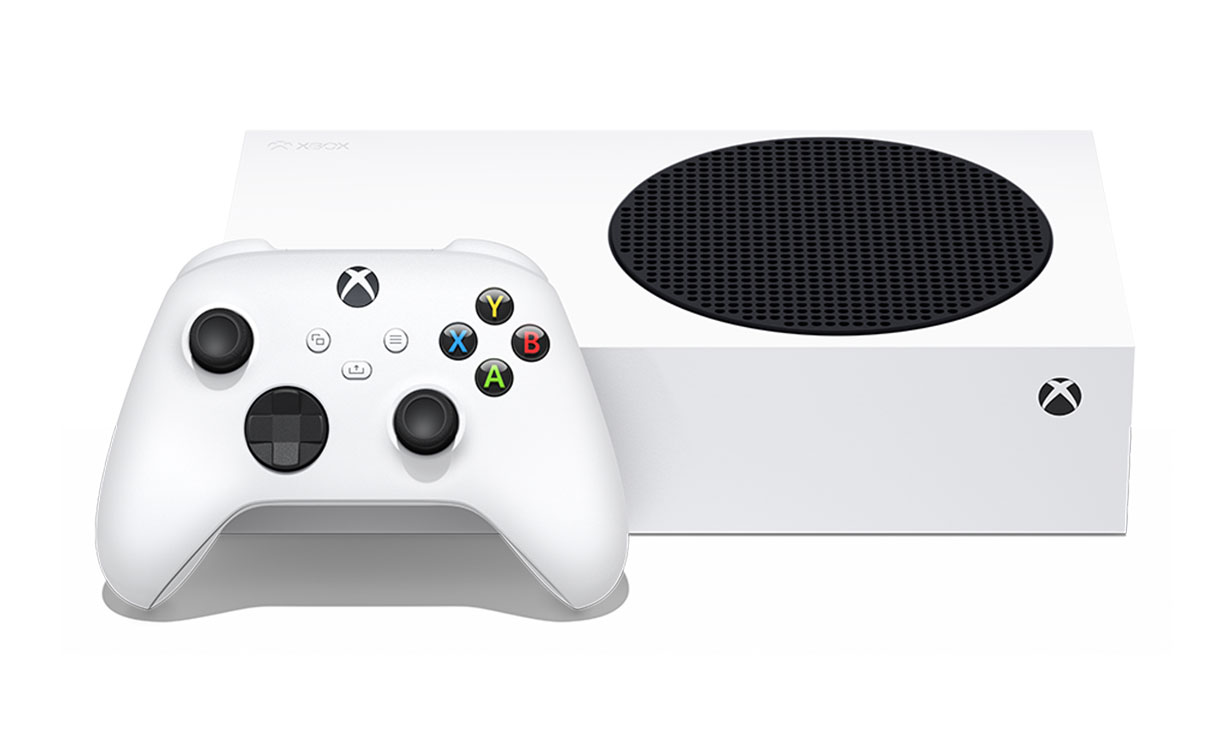 ‘The Series S has a wow factor of a different kind. Some of the books on my shelf are larger – I didn’t expect next-gen technology to fit into such a small box.

‘I found the user experience pretty much identical to the Series X, and that applies to loading times. Gamers might question the processing power of 4 teraflops next to the 12 of the Series X, but with lower specs the games I played loaded just as fast.

‘My experience of the Quick Resume feature was also just as speedy and convenient as on the Series X. If I were to use it on both consoles without knowing which was which, I’d find it difficult to separate them confidently.

‘This will probably put off gamers who prioritise how games look, but it’s not as though the Series S has poor graphics – they just aren’t as good as the Series X.

‘Because of the lower specs, the game download sizes were also smaller – on the Series S, Gears 5 takes up about 17GB less space. These differences will matter to gamers who want to pick up and play faster and be savvy with their storage space.

‘More obvious differences between the two consoles may become more apparent as game developers start realising the full potential of the Series X. Right now, though, the gap doesn’t feel like a £200 one, so I think the Series S is a great cost-effective route into next-gen gaming.’

Would I buy it?

‘I certainly wouldn’t be disappointed if I did. Visuals aren’t everything, and although there’s a fairly large cohort of gamers who won’t settle for anything but the best, others will find the Series S a superb-value option.

‘Every game you can play on the Series X is playable on the Series S, and when the only really noticeable difference between them is the graphics, an extra £200 might seem like quite a premium to pay just to make your games look better.

‘Worth noting, though, as it’s digital-only, the Series S is also only really for those with a strong internet connection. AAA games have notoriously large file sizes, and you don’t want to be twiddling your thumbs while your games download.

There are only four next-gen consoles right now: the PS5, PS5 Digital, Xbox Series X and Xbox Series S. The Series S is far and away the cheapest option, so it’s definitely a cost-effective route into next-gen gaming.’

The following is a non-exhaustive list of some of the major games that will be playable on the Xbox Series X and Series S at UK launch on 10 November 2020:

We usually pay for products we test, but for the purposes of this story Microsoft had to lend us an Xbox Series X and an Xbox Series S as we couldn’t get hold of them any other way before the launch. They are both being returned to Microsoft.