Inflation fell to 0.3% in November 2020, according to the latest figures from the Office for National Statistics (ONS) – partly due to price drops on clothing and footwear, and possibly the influence of Black Friday discounts lasting longer this year.

The Consumer Prices Index (CPI) measure of inflation is down from 0.7% in October.

Here, Which? reveals why the inflation rate has changed and where you can find top-rate savings accounts and cash Isas.

Why has inflation fallen?

The main factors behind November’s inflation fall are discounts on clothing and footwear prices – particularly women’s clothing – along with price drops on food and non-alcoholic beverages, specifically products such as large bars of chocolate, ice cream, cauliflower, premium potato crisps and cooked ham.

Prices for used cars also fell last month, whereas they rose at the same time a year ago; this goes against the trend of prices this year, which have been up due to increased demand.

Air and sea transport prices were also reduced, mainly due to the effect of England’s lockdown throughout November.

The graph below shows how inflation has fared since January 2017, using figures from the ONS.

The Bank of England has been tasked with keeping inflation as close to 2% as possible. However, it’s measured below this target since August 2019, and has been at 1% or less since April 2020 due to the economic effects of the coronavirus pandemic.

The table below sets out the top rates for fixed-term and instant-access cash Isas and savings account, by order of term.

The links take you through to Which? Money Compare, where available.

*Expected profit rate
Source: Moneyfacts. Correct as of 15 December 2020, but rates are subject to change.

This month all of the top-rate accounts beat the November rate of CPI inflation.

As the table shows, all of the top-rate fixed-term savings accounts and cash Isas are dominated by one provider – and you’ll need to be able to lock away at least £1,000 to open its accounts.

As for the instant-access accounts, note that the account from Aldermore only offers the advertised interest rate if you limit withdrawals to two per year – any more and the rate will drop to 0.1% AER.

The account from Al Rayan Bank is a sharia-compliant product, and so offers an expected profit rate (EPR) as opposed to interest (AER). This means the advertised rate is not guaranteed, however, we’ve never heard of an instance in the UK where an Islamic bank has not paid the advertised EPR.

Average interest rates are continuing to fall to new lows across the board after a brief increase in October, making it more important than ever to make sure that the interest you’re receiving is as competitive as possible.

The graph below shows how average rates for cash Isas and savings accounts have fared during 2020, using data from Moneyfacts.

Long-term accounts are classed as any with a fixed-term of 18 months or more.

According to Moneyfacts, all average savings rates are now at their lowest point since its records began in 2007.

The average rate for an instant-access account is just 0.19%, down from 0.59% in January. Instant-access cash Isas have a slightly higher average of 0.27%, but have fallen much further having started the year with an average rate of 0.85%.

The rate drops are more dramatic among fixed-term products. The average rate of a one-year fixed savings account has fallen 0.66% in the last 12 months, standing at just 0.54%. Average rates on long-term fixed-rate savings are down even more, having fallen by 0.71% since January to just 0.77%. 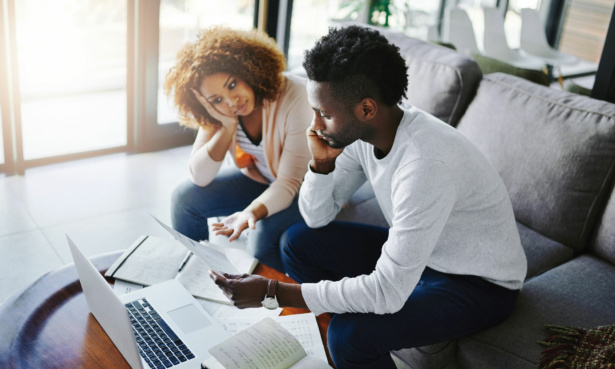 How does CPI inflation affect your savings?

CPI inflation tracks the costs of a ‘shopping basket’ containing around 700 popular goods and services – from train tickets to tinned tuna.

The figure that’s released each month shows how much prices have changed in comparison with the same month the year before. So, if you’d bought all of the items in the basket in November 2019, and bought them all again in November 2020, your second shopping trip would have been 0.3% more expensive.

Over time, these price changes can affect the buying power of money held in savings accounts. If the cash isn’t growing in interest at the same rate as inflation or more, it will effectively lose value, as you’ll be able to buy less with it.

That’s why it’s important to make sure your money is making as competitive a return as possible – even when rates are falling.

Save with a Which? Recommended Provider

You can search through hundreds of savings accounts and cash Isas with Which? Money Compare.

The comparison site details the interest rate and terms of an account, as well as how it rated in our unique savings survey. It also lists the accounts that have been named a Which? Recommended Provider.

Which? Recommended Providers are companies that have both been rated highly by customers and offer products that meet the exacting standards of our expert researchers.