It weighs, it whisks, it kneads, it proves, it melts, it beats, it steams, it cooks and it even pops corn. The Kenwood Cooking Chef XL is so versatile, we were almost disappointed when it didn’t offer to clear the table and load the dishwasher after we’d eaten.

The gigantic Kenwood Cooking Chef XL is to stand mixers what the Thermomix TM6 is to food processors; a super-expensive kitchen appliance that does what is says on the tin, and so much more.

But, just like the TM6, the Cooking Chef XL’s price and versatility begs the question: is it worth paying extra for functions that your other kitchen appliances already perform?

What is the Kenwood Cooking Chef XL?

The Cooking Chef XL is a multi-functional stand mixer made by Kenwood. It’s the latest in a long line of stand mixers dating back to the 1950s, which each come complete with the brand’s iconic ‘K-beater’ attachment.

The Cooking Chef XL has 13 preset functions, including egg white whisking, sponge cake mixing and dough proving. It is equipped with induction heating technology too, so you can also use it to steam food, melt chocolate, or cook an entire meal from scratch.

Its EasyWeigh feature means you’ll never have to worry about finding the scales again – just take a look at the mixer’s 4.3-inch LCD touchscreen display. The Cooking Chef XL can be paired with compatible phones as well, allowing you to control the speed, temperature and function of the mixer from another room.

The app also includes a number of recipes which the Cooking Chef XL can adjust to automatically – autopilot for cooking, if you will.

We tested some of the recipes for ourselves. Find out what we thought of the macaroni cheese, pizza dough and chocolate orange brownies in our full Kenwood Cooking Chef XL first look review. 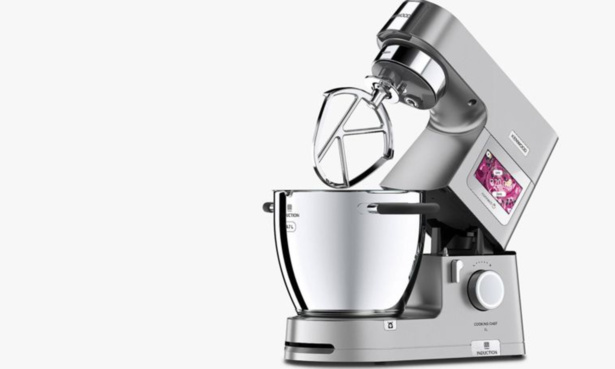 What are the drawbacks?

The obvious drawback is the cost. For the price of the Cooking Chef XL, you could buy five of the cheapest Best Buy stand mixers, which also happen to be Kenwoods.

Then there is size. The Cooking Chef XL wasn’t named by accident: the mixer is tall and wide and, at 10.4kg plus the weight of the bowl, it’s not something you’ll want to be lifting out of the cupboard each time you use it. So you’ll need to have enough room for it on your kitchen counter.

What’s more, in order to be so versatile, the Cooking Chef XL requires lots of attachments – 24 of them, in fact. You’ll have to find space for these too.

Both drawbacks return us to the question of whether it’s worth paying a premium for a super-sized mixer which performs some of the same functions as your other kitchen appliances.

While the Cooking Chef XL’s multifunctionality is impressive, a number of its 13 preset functions, like melting chocolate and steaming vegetables, can easily be performed by cheaper, smaller and more mundane appliances.

Whether you would get enough use out of the Cooking Chef XL’s extra functions to justify the added cost is something you need to consider before buying this stand mixer.

If you don’t know your K-beater from your dough scraper, check out our guide to stand mixer attachments

Which alternative stand mixers should I consider?

If the Cooking Chef XL’s price or size puts it out of the reckoning, then take a look at these stand mixers instead. 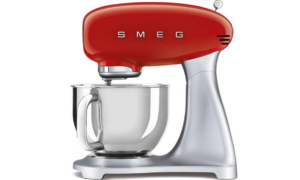 This Smeg mixer is much cheaper than the Cooking Chef XL, and it’s a lot quieter as well – which is good news if you like to cook while others are asleep or working from home.

It’s easy to clean and has a soft-start feature, so there’s no need to worry about making a mess.

See how else it compares to the Cooking Chef XL in our full Smeg SMF02RDUK review. 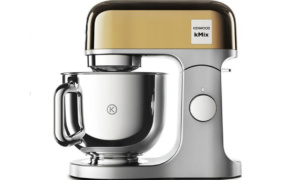 This Kenwood mixer isn’t quite as versatile as the Cooking Chef XL, but it can still knead, mix, whip and whisk up a treat.

Like the Cooking Chef XL, its mixing action is designed to reach every last bit of mixture on the side of the bowl. It’s easy to use too.

Check out our full Kenwood Kmix KMX760YG review to find out more. 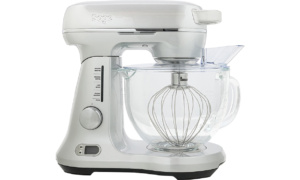 As its name suggests, The Bakery Boss is a deft hand at all things baking. It’s particularly good at kneading, which is excellent news if you’ve been bitten by the bread-making bug.

It’s also one of the quickest mixers we’ve tested – it takes The Bakery Boss less than two minutes to whisk egg whites into fluffy peaks.

Lean more about this mixer in our full Sage The Bakery Boss BEM825BAL review.

Are Kenwood stand mixers reliable? See how they compare to alternatives in our stand mixer brand guide