Apple’s latest MacBooks represent the biggest shift in Mac specifications in more than a decade. Our full reviews reveal whether they’ve delivered against high expectations.

In November, Apple announced that its new laptops would feature processors designed in-house, instead of using the Intel processors that it had been using exclusively for many years.

In double-quick fashion, we bought four of Apple’s new laptops powered by its M1 chip (two MacBook Pros and two MacBook Airs) and hotfooted them to our test lab experts.

Read on to find out everything you need to know about the new chips, plus key features of the updated MacBooks.

Find out how the new MacBooks measure up against premium rivals from Dell, Microsoft, Samsung and more in our full laptop reviews

Before we get to what you need to know about the new processor, let’s run through the key differences and similarities between the two new MacBooks.

Below is a table of the key specs and, as you can see, the two devices are extremely similar in many ways.

Key differences between the two MacBooks

Probably the biggest difference between the two models we tested is the way the processor is kept cool.

Processors need to stay cool to work at their best; if they get too hot, they start to slow down. Using a fan for cooling means heat gets whisked away from the processor more quickly, so it can operate at peak performance for longer.

The lack of a fan doesn’t mean the Air will be sluggish to use. However, it will be less able to cope with heavy-duty tasks that take a while, such as processing a batch of photos or exporting a large video ready for upload to YouTube.

Other noteworthy differences include:

The choice, then, between the two laptops comes down to performance versus portability and, of course, price. The Air is £300 cheaper than the Pro and 90g lighter, but won’t be as fast at challenging tasks and doesn’t have as long a battery life.

Read our full MacBook Pro and MacBook Air reviews to see how they fared in our tough lab tests, which include battery life, speed, screen quality and more.

What is the Apple M1?

The M1 is a new ‘system on a chip’ (SoC) designed by Apple, which replaces Intel as the producer of its processors. An SoC pulls together all the technical wizardry that’s needed to run a computer on to one physical chip.

With previous processors from the likes of Intel, in addition to the CPU chip, a laptop or desktop computer needs several other chips to make features work. These include chips for memory (Ram) and chips controlling the USB ports and security features. Having everything in one place in an SoC means that the chip should be more efficient overall.

This kind of chip design (based on the British chip company ARM’s designs) is found in practically every smartphone and tablet on the planet. ARM-based chips are small and power efficient, ideal for pocketable smartphones with tiny batteries. And now, Apple hopes, ideal for laptops as well.

How fast can the M1 processor make Macs?

Apple is throwing around huge numbers about how much faster the M1 processor-powered devices are.

It says the new MacBook Air should be three times faster when exporting videos from iMovie and five times faster when making 3D effects in Final Cut. Apple also claims photo-processing performance in Adobe Light Room can be up to twice as fast. 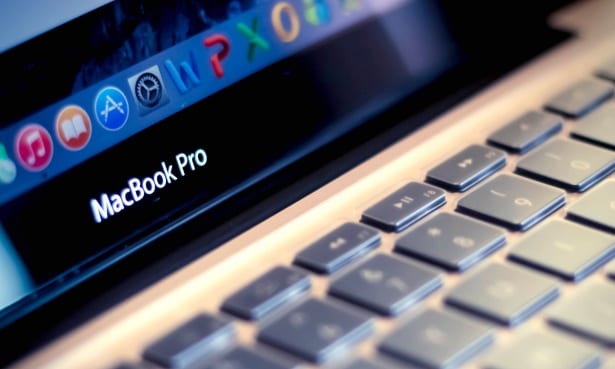 Indeed, most of the comparisons Apple makes about Macs with M1 extol the virtues of faster performance when running video and design tasks.

This should particularly benefit those who use the likes of iMovie, Final Cut and other creative programs. But even if you only use your Mac for browsing the web and editing documents, you might notice everything feeling that bit more responsive and quick to load.

Macs using M1 should also wake from sleep instantly, such as a smartphone or tablet. That said, we never found previous Macs to be particularly slow to wake, but a little extra pep never hurts.

The M1 should make for better 3D gaming, too, although don’t expect to play the latest high-end games at their highest settings on an M1 Mac, as the very fastest graphics chips are still those that are entirely separate from the processor of your laptop. But it should still unlock a few more games that were perhaps previously not playable on the Mac.

Without revealing too much about the results of our member-exclusive tests, we can say that the performance of Apple’s new processors is certainly worthy of note, especially considering how big of a risk the company took to switch from Intel to its own-brand hardware.

What about battery life?

Our tests have found that the battery life has indeed improved from the previous-generation models, but to find out exactly how much by, and whether either generation achieves its battery claims, you’ll need to log in or join Which? to read our MacBook Pro M1 review or our MacBook Air M1 review.

If you need a laptop that will last for ages without the threat of a battery warning pop-up, take a look at our pick of the best laptops for battery life.

What apps can I run on M1-powered Macs?

In principal, all apps you use on a current Mac should work on laptops with M1. However, because the design of M1 chips is so different to apps designed for Macs with Intel chips, app developers will need to update their software to work best with M1 chips.

Until they do that, apps will have to be translated from their Intel versions to an M1-compatible version. This might mean that you won’t see the full benefit of M1 until the programs and apps you use are updated to work with M1.

Because M1 is the same kind of chip as found in iPhones and iPads, it means apps designed for those devices will also work on these new Macs. Not all apps will be available initially, but we hope to see a growing roster of apps for Mac that were previously only available for iPads and iPhones.

Should I buy a laptop with an M1 processor?

Apple has launched a new MacBook Pro, MacBook Air and Mac mini desktop with its new M1 processors. As for whether you should buy one, that remains to be seen. This is a seismic shift for Macs, the likes of which haven’t been seen for many years. The good news is that prices are staying the same, with the new MacBook Air priced at £999, the MacBook Pro starting at £1,299 and the Mac mini starting at £699.

Even so, buying a new M1 Mac now is very much a commitment for early adopters who don’t mind a bit of a bumpy road as bugs are ironed out and features are added. Take a look at our reviews to find out whether you should spend your money on one.

Want to know more about how Macs compare with Windows laptops and Chromebooks? Read our guide to macOS, ChromeOS and Windows 10.

Switching broadband provider is set to become even easier